Douglas and Rochelle Kramer are the royal couple of Mid-Modern Realtors in Long Beach. If for no other reason, that title was earned by the Kramers’ sale of a pair of Edward Killingsworth classics, most notably his Frank House, or Case Study House #25, at 82 Rivo Alto Canal, along with Killingsworth’s model home on Ocean Boulevard for his planned but never built Marina Tower.

Both properties, particularly the Frank House, are among the finest examples of the Mid Century Modern style and Long Beach’s Killingsworth is high up in the pantheon of the style’s architects. 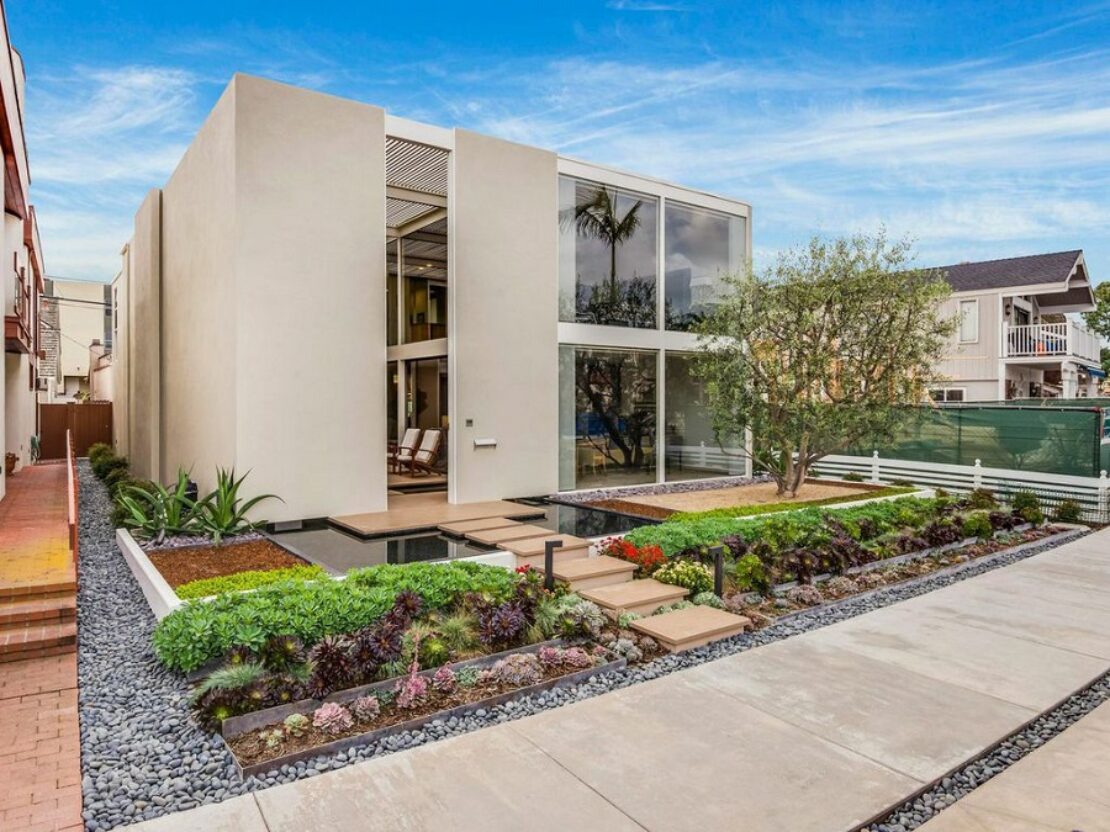 The Kramers appreciate that, but their love of the style isn’t limited to the works of Killingsworth or Paul Tay or Richard Neutra. Their primary bailiwick is Rancho Estates, a massive collection of Cliff May-designed homes, with some 700 models in the Estates between Studebaker Road and the San Gabriel River and between Wardlow Road and Spring Street. It’s where the Kramers live and sell as well as maintaining two authoritative websites devoted to the style, SoCalModern.com and RanchoStyle.com.

One problem that the Kramers and other Realtors in the Ranchos face is residents in the area seem to be pretty happy now enjoying their homes that are worth upward of a million and a half dollars these days. In the past few years, the popularity of the homes has skyrocketed, with prices far outpacing “regular” tract homes in the surrounding areas and barely pausing for breath as they surpassed the $1 million dollar mark last year. The result is low inventory and higher prices.

“The demand continues to grow along with the appreciation for the architecture,” said Doug Kramer. “Add to that the fact that the availability is low, and that drives the prices up.”

As of Friday, there were only three Cliff May homes for sale in the Ranchos, priced at $1.2 million, $1.3 million and $1.5 million, the latter, at 7140 Metz St. is listed by the Kramers. There’s little about the home that sets it very far above the finest in the area, but it’s still a nice example of the architecture and, if you’re not overly strict about buying a stock model with the original birch wood and other May trimmings, It’s been thoroughly upgraded with central air and heating, terrazzo flooring and walnut cabinetry in the kitchen that has been opened up to the dining and living areas. 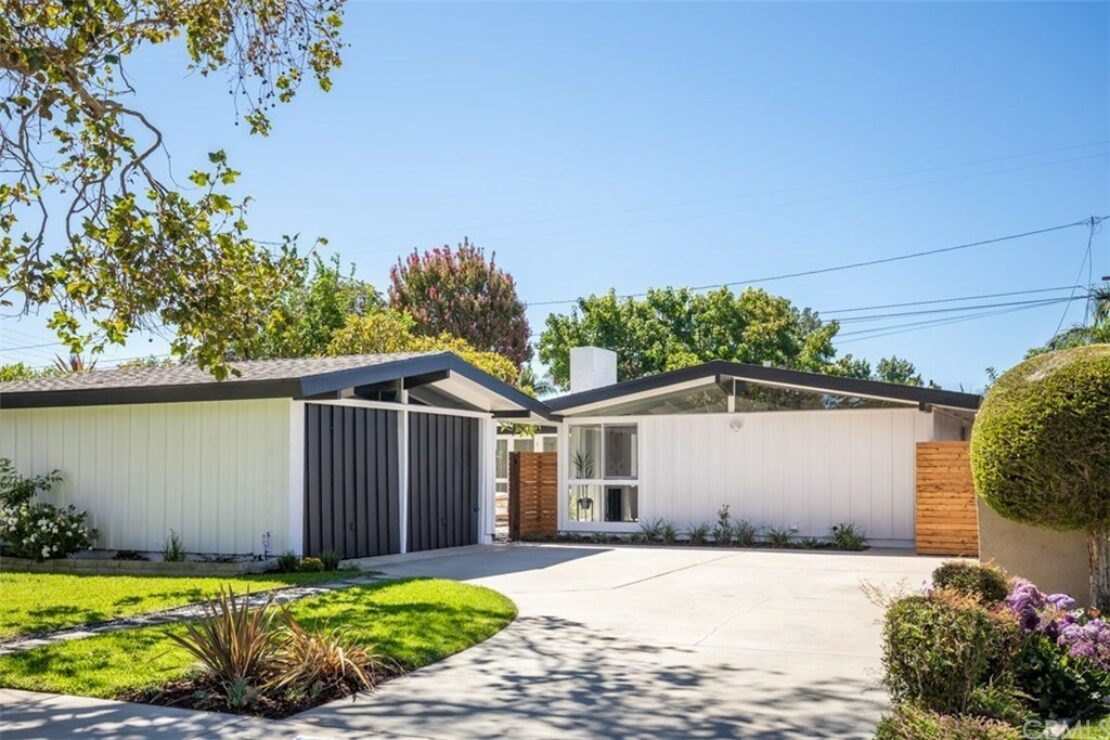 This Cliff May home in the Ranchos is listed at $1.5 million. Redfin photo.

The home is nicely landscaped—a requirement for the Mid-Modern style—with large shade plants and trees in the patio and a lawn and seating area in the back.

Meanwhile, the Kramers have once again ventured into Naples with a Mid-Modern home designed by Paul Neble in a style that owes more to Killingsworth and Tay than Cliff May with its strict horizontal lines and landscaping that’s so inseparable from the home’s interior as to be almost pleasantly invasive. 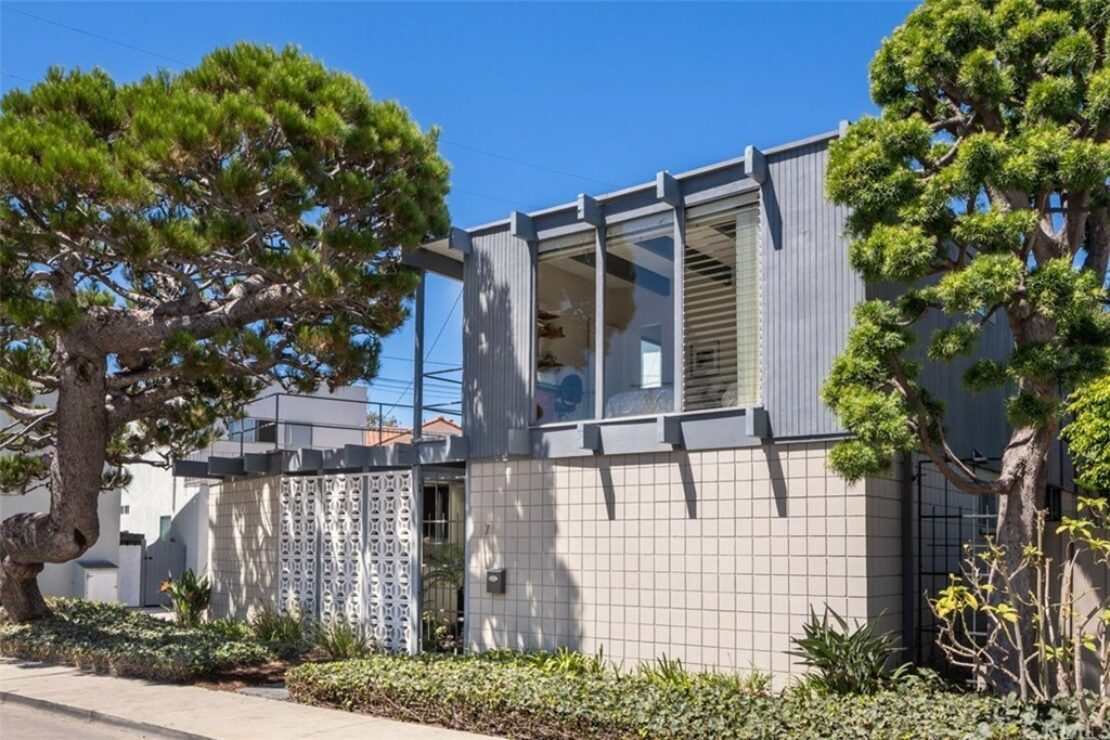 The Mid-Modern home at 7 Corinthian Walk is listed at $1.75 million. Redfin photo.

Located close to—but not quite on—the canal at 7 Corinthian Walk, the home, listed at $1.75 million, has three bedrooms and three baths in 1,967 square feet.

The home, as you would expect, has post and beam architecture with open-beam ceilings. There’s a breeze block atrium entryway and outdoor space includes a private courtyard and an expansive upper deck. The stacked-block supporting structure creates an open two-story floor plan and some unique touches, the Mid-mod style staircase and triangular fireplaces in the living room and master suite add to the home’s charm.

Cheap, expensive, run-down, opulent—here are 5 homes languishing on the market