A reward of at least $8,000 could be paid to the person who helps identify whoever spray-painted nazi symbols on a statue of Martin Luther King Jr. earlier this month after the City Council authorized allocating city funds to the pot of money.

The council approved using $5,000 in general fund money to add to the $3,000 already pledged by the Anti-Defamation League in hopes of identifying the person or persons who spray-painted a swastika and what appeared to be SS bolts on the statue at Martin Luther King Jr. Park in Central Long Beach.

Long Beach Police Department officers said the vandalism occurred sometime before 3:18 p.m. on July 2 but have said they don’t have any leads on who committed the act. The incident is being investigated as a hate crime. 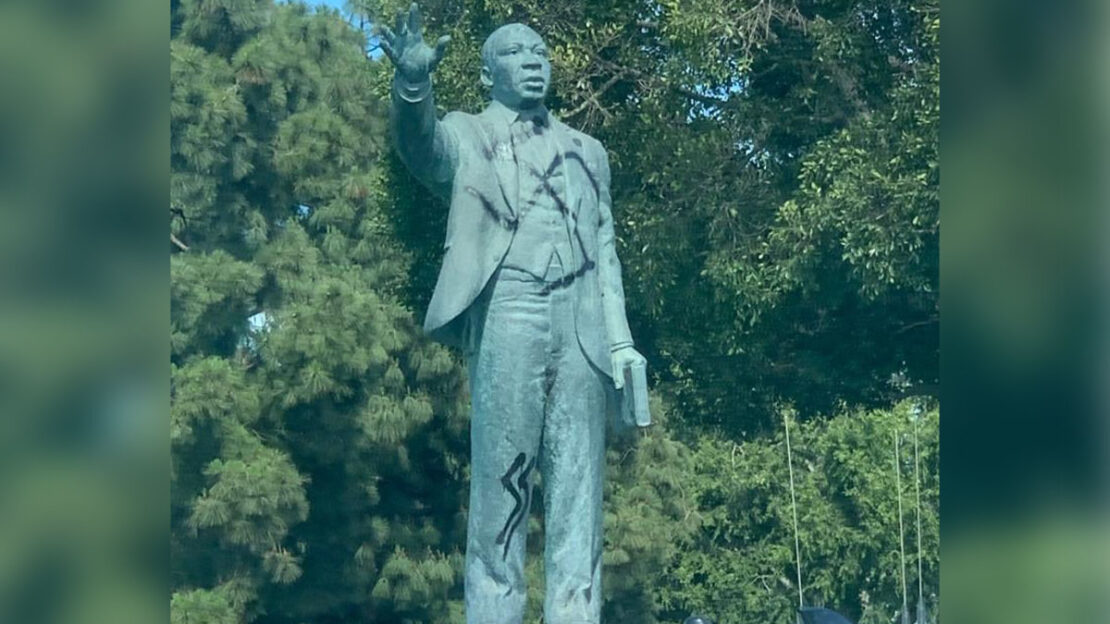 Councilwoman Suely Saro, who represents the area and authored the request for reward money, said that she’s pushing for a more up-to-date camera system to be installed in the park and other improvements to the statue’s maintenance.

“It’s not only urgent that we address this hateful act, but there are many inequity issues that exist in the park and surrounding areas,” Saro said.

The council voted unanimously to support the reward money being allocated from the general fund but Councilwoman Suzie Price, who works as deputy district attorney in Orange County, asked if the city could look at raising even more reward money.

Price cited the May 21 shooting of a 6-year-old boy on an Orange County freeway and the reward money that flowed in help catch his killer. County supervisors and local businesses built on the victim’s family’s fundraiser that had collected $50,000 in the week after his death and quickly drove it up to $400,000.

“I think the higher the reward goes, the more chance that someone will turn in the perpetrator,” Price said.

Price asked that the city reach out to other entities in the county to try and increase the reward money for information leading to the capture of whoever defaced the MLK statue.