Before the man who killed three members of her family would learn his sentence, Vera Awaida stood at the front of the courtroom Thursday morning and asked a series of questions.

She struggled to stay composed as she read from the letter she’d prepared, asking the judge and assembled audience if they could understand the magnitude of her pain since Halloween 2019, when a drunken driver killed her son, daughter-in-law and 3-year-old grandson.

“Have you ever held your grandson’s hand while he takes his last breath because his father and mother cannot?”

“Have you ever had to bury your son, your daughter-in-law and your grandson on the same day?”

“Have you ever had to gather up the pieces of your broken heart each and every morning praying for the mercy of God to allow you to live a productive day through immense grief?”

Navarro in July was convicted of murder for crashing into Joseph Awaida, Raihan Dakhil and their son Omar as they walked past Los Cerritos Park on Halloween night in 2019.

Vera and four other relatives spoke about the family Thursday morning in court,  explaining how Navarro had snuffed out inspiring examples of selfless love. Joseph, an aspiring pediatrician, and Raihan, a caring social worker, had dedicated themselves to their families and their Long Beach community, where they volunteered to comfort abused children at hospitals.

After hearing this, Judge Laura L. Laesecke chose to sentence Navarro to 25 years to life, less than the maximum of 45 years to life—though Navarro would’ve been eligible for parole after serving only 25 years, regardless, because of a California law limiting life sentences on youthful offenders. 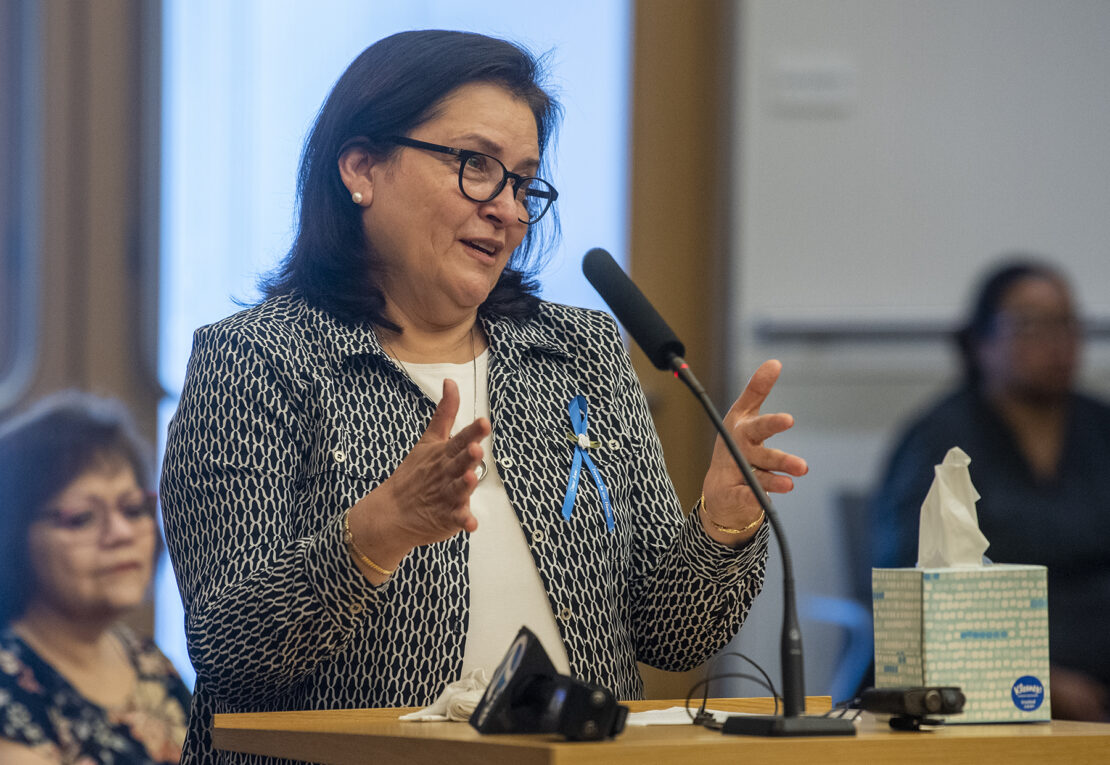 Vera Awaida gives a victim statement in court after a deadly Halloween night crash that killed her son his wife and their 3-year-old son in Long Beach Thursday, Sept. 15, 2022. Photo by Thomas R. Cordova.

Moments before her decision, Navarro asked if he could turn toward Joseph, Raihan and Omar’s relatives in the audience.

“I’ve been wanting to say something for a while but my lawyer didn’t let me,” he began before explaining how he’d been trying to think of what to say.

“And even after three years, I couldn’t come up with anything because no matter what I come up with, it’ll never give you back what you lost. That kind of love is irreplaceable, and I’m sorry I took that from you. I wish I could bring them back but I can’t.

“My biggest fear wasn’t what the judge had to say or the DA or the jury. My biggest fear was facing you guys because I know that I have to be here knowing that I’ll never be able to give you back what you lost.

“I’m truly sorry,” he said and turned back to the judge.

Before handing down her sentence, Laesecke asked the families in the room not to view her decision as any measure of the victims’ worth. 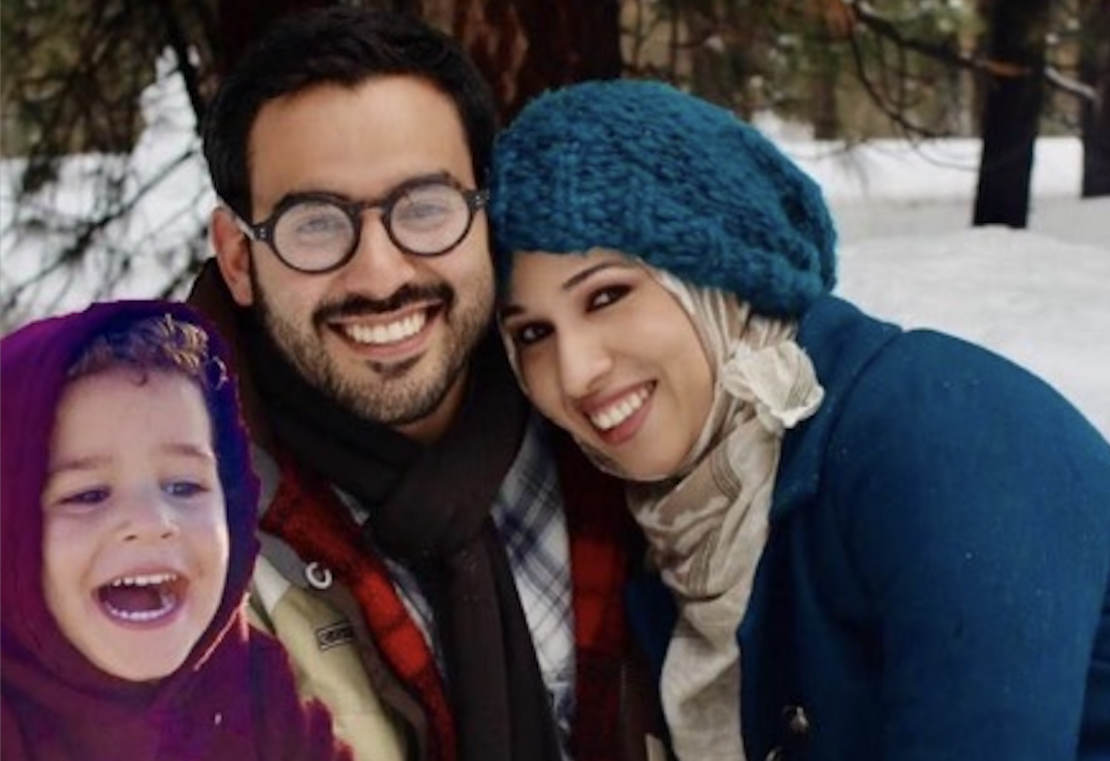 She said she weighed only the severity of Navarro’s crime against mitigating factors such as the fact that he immediately stopped and took responsibility.

“And that takes a level of maturity,” she said. Nevertheless, Laesecke said the devastating nature of Navarro’s decisions are not lost on her.

Navarro, who attended Jordan High School before graduating from an Orange County military academy, had just gotten off work on Halloween 2019 when he began partying and drinking with friends. They got liquor at a local store they knew would sell to them even though they were underage, and soon, they got into Navarro’s SUV and sped toward Los Cerritos Park, a series of events Navarro’s lawyer characterized as stupid mistakes that had unbelievably tragic consequences.

The mother and daughter responsible for providing Navarro with the Jack Daniel’s he drank before the crash have also been convicted in their own misdemeanor case and barred from ever holding a liquor license again. The ban came after a Long Beach Post investigation revealed authorities failed to crack down on the operation despite years of documented violations and a reputation in the neighborhood for selling to minors, including Navarro.

Navarro’s trial this summer was full of emotional testimony, including a crime scene technician who broke down on the stand at the sight of a piece of evidence: Omar’s toddler-sized shoe left in the street after he was rushed to the hospital. Jurors flinched as they watched a video of Navarro’s Toyota Sequoia barrel onto the sidewalk, hitting the family at nearly 70 mph as Joseph and Raihan pushed Omar in a stroller past Los Cerritos Park.

Ultimately, though, the case came down to a legal question: Were Navarro’s actions—drunkenly speeding through a neighborhood full of trick-or-treaters—so reckless that he deserved to be convicted of murder, not just gross vehicular manslaughter? Being found guilty on the lesser charge would’ve carried a penalty of no more than about 15 years in prison instead of the potential life term Navarro will now serve.

At trial, attorneys fought fiercely over whether Navarro knew the dangers of drinking and driving, calling a former health class teacher to testify about her lessons on alcohol and prominently displaying body camera video from an incident in May 2019 when police found Navarro passed out in his car after drinking too much.

In their final arguments, lawyer’s sparred over authorities’ interrogation of Navarro after the Halloween crash.

In it, he was asked a pointed question: “You were aware that if you were to drink and drive—get behind the wheel of a car, you could kill someone?”

He responded with one word: “Yes.”

Navarro has remained in custody on the murder case ever since.

After sentencing Navarro Thursday, Laesecke gave him a mandate of sorts: Do something good with the opportunity he’s been afforded.

Because of his involvement in this tragedy, he’s been given a voice, she said. Navarro has said he wants to speak to high schoolers about the dangers of drunk driving, but she said he needs to think of more wide-reaching advocacy than just that.

Maybe, she said, he could do some long-lasting good by advocating for state laws to prevent future tragedies—perhaps asking legislators to require all young drivers to blow into ignition interlock devices that detect alcohol before they get behind the wheel.

“Maybe it could be called Omar’s law,” she said. “I’m just putting it out there because I want you to think big.”

After the hearing, Vera Awaida said she was torn about Laesecke’s decision not to give Navarro the maximum punishment.

Even though he fractured her family and left lasting scars of depression on the surviving relatives, she said she feels sorry for Navarro, “but I have to remember what he’s done to my boys.”

Store owner admits to providing liquor that led to 3 deaths, gets lifetime ban on alcohol sales