The new Pride-themed lifeguard tower was only at the foot of 12th Place for two months before being vandalized Wednesday, the Long Beach Fire Department confirmed.

LBFD was informed of the vandalism Wednesday evening and police responded at 7:50 p.m., according to Marine Chief Gonzalo Medina. Lifeguards quickly began refinishing and repainting the damaged areas, Medina said, and by Thursday morning, the tower was “good as new.”

“I’m glad they were so responsive,” said one lifeguard who declined to give his name. 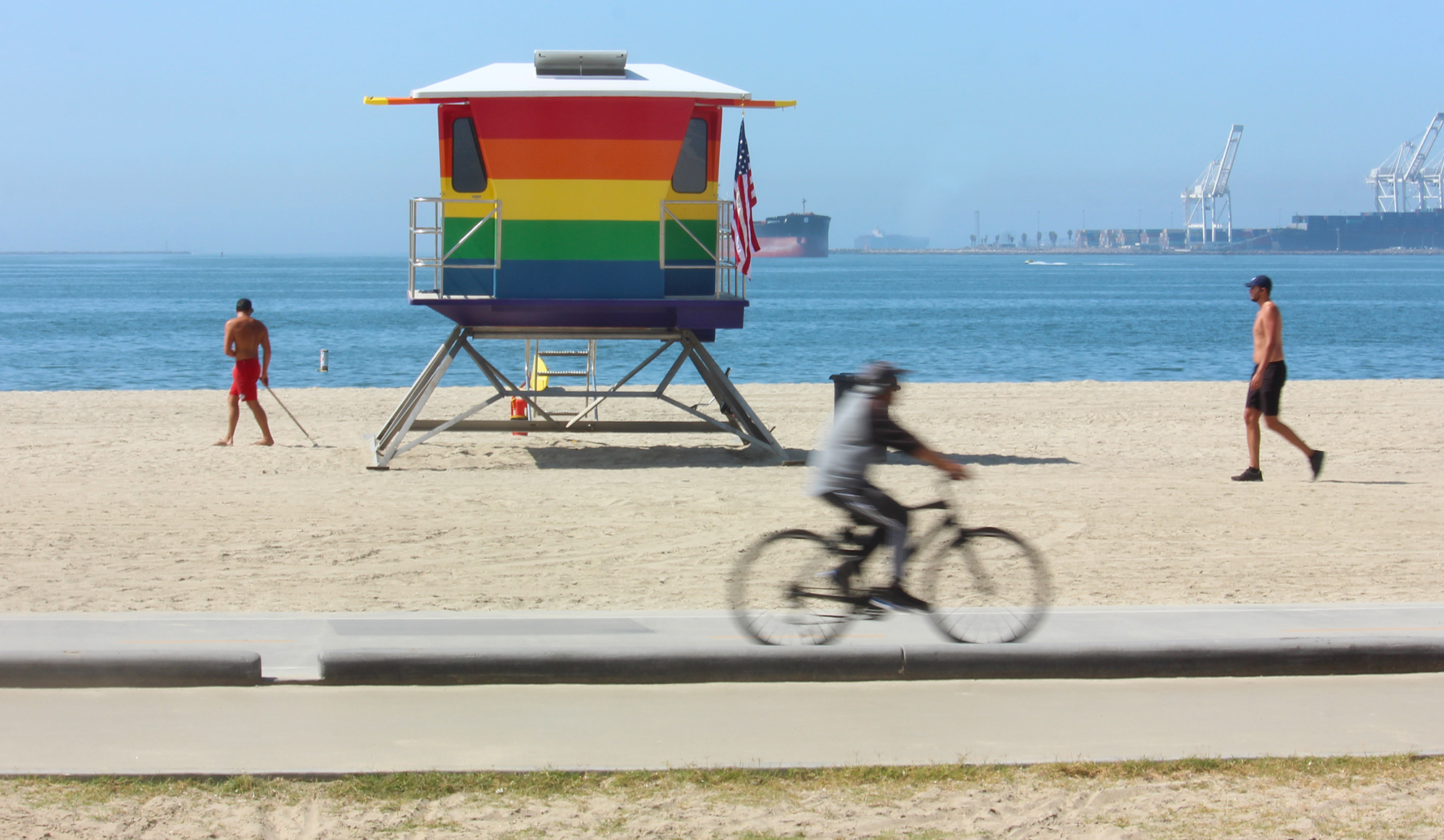 The Pride lifeguard tower is as good as new after being vandalized, Wednesday, Aug. 10. Photo by Brandon Richardson.

The damage—statements LBPD spokesman Richard Mejia said appeared to be “political in nature”—were scratched into the tower. Medina said the damage was likely done with a knife. Most of the message is hard to decipher in an Instagram post by Love You Long Beach, but clearly visible are “911” and “Garcia.”

“Long Beach will not tolerate hate or discrimination,” Garcia said in a statement, “and we will not be intimidated by folks who want to damage our Pride tower.”

An investigation is underway to determine the motive behind the vandalism but no suspect information is available, Mejia said.

The incident occurred nearly five months after the original Pride tower was burned down. That investigation is ongoing but the tower was replaced in mid-June.

Editor’s note: This story has been updated with additional information from LBPD.