A rainbow-colored lifeguard tower, painted by lifeguards in honor of Pride month last year, burned down in the early morning hours on Tuesday.

The Long Beach Fire Department responded to the fire on the beach near 12th Place just after midnight on Tuesday and found the tower engulfed in flames. 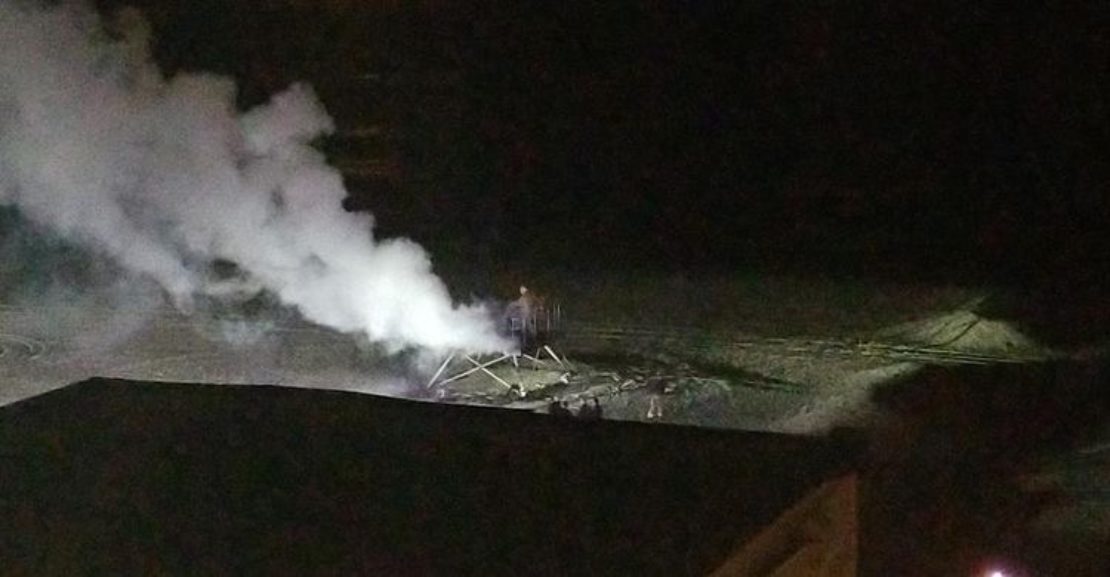 Fire investigators, in collaboration with the Long Beach Police Department, are investigating the circumstances of the blaze, with no definitive answers yet, according to Marine Safety Chief Gonzalo Medina.

But Long Beach Mayor Robert Garcia said in a press conference Tuesday he had little doubt that the fire was an act of hate by “people who don’t believe in equality for everyone.”

Garcia said that as an openly gay person in a public position, he still receives hateful messages and comments.

It’s unclear how long it could take to determine whether the fire was intentionally set. It all depends on whether investigators are able to find witnesses, videos or other evidence that points to clear conclusions, LBFD Capt. Jack Crabtree said.

The tower was made of steel and fiberglass, a material that is popular in marine environments because of its weather-resistant nature.

Last night, our PRIDE lifeguard station that was painted by LGBTQ+ lifeguards, burned down. The fire is under investigation but I personally have little doubt this was an act of hate. To whoever committed this act, we will rebuild it better and brighter. pic.twitter.com/VxNQZgCBpF

Dave Stollery, CEO of Industrial Design Research, a company that specializes in fiberglass lifeguard towers and has sold some to the city of Long Beach in the past, said he found it hard to believe that a fiberglass tower would catch fire accidentally.

“I think in the 30 years I’ve been involved in this business, we’ve never heard of a lifeguard tower burning,” Stollery said. “Fiberglass is not a particularly flammable material.”

Medina said he could not find any record since the 1950s of a lifeguard tower catching fire.

The tower burned down within a matter of minutes, according to Medina.

“[Fire crews] got there really quickly, but there was nothing that could be done for it at that point,” he said. 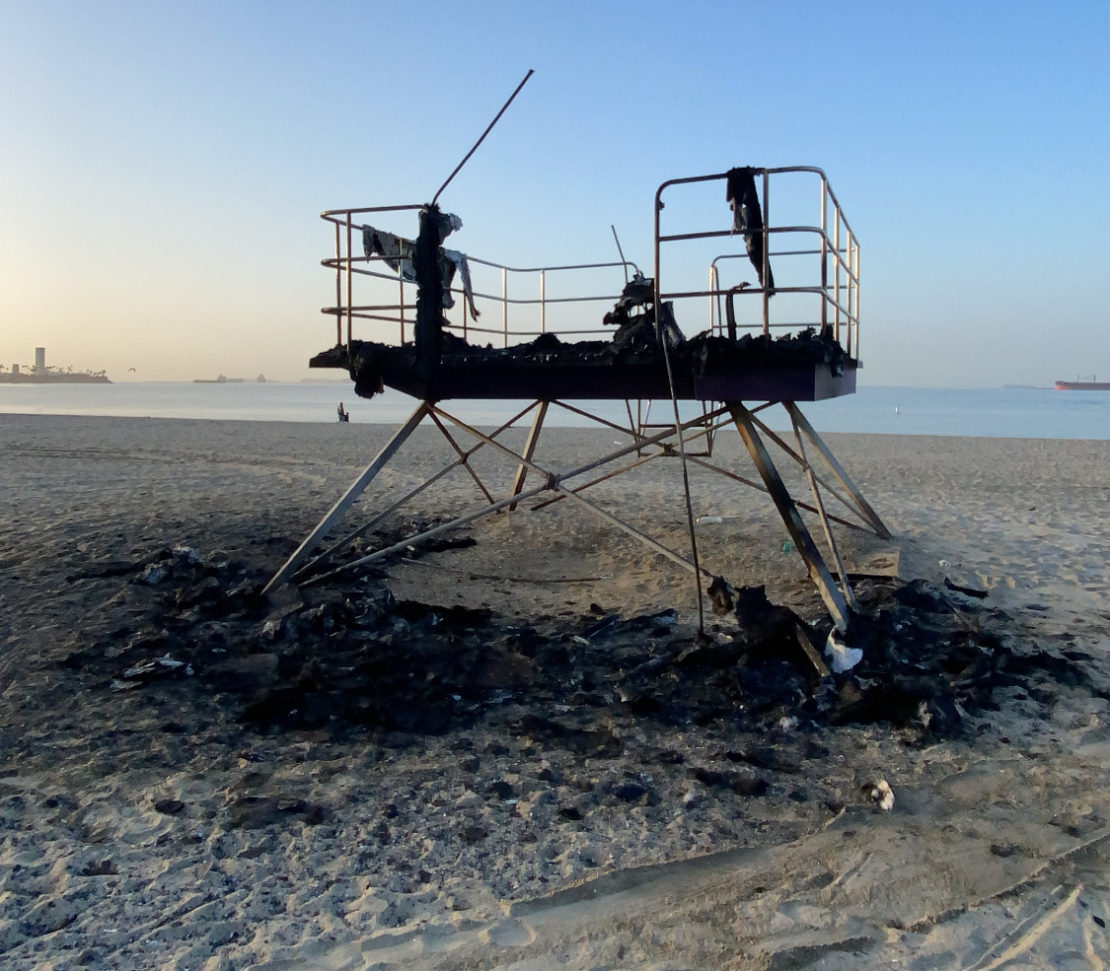 The lifeguard tower near 12th Place, which was painted in rainbow colors in honor of Pride month last year, burned down in the night from Monday to Tuesday. Photograph courtesy Nicole East.

The loss of the tower goes beyond its material value, Medina added.

“The tragedy for us is that that tower has been a source of pride for a lot of our staff,” he said.

Lifeguards had painted the tower in rainbow colors in honor of Pride month just last year.

The community was quick to react. Nicole East, who runs the @loveyoulongbeach Instagram page, said she woke up to several notifications from followers about the incident.

The tower, East said, was special to many Long Beach residents.

“It became kind of a beacon and a meeting point,” she said. “It was something that was really unique, and kind of like a landmark for a lot of people.”

Sal Flores-Trimble, who runs the “Gay Long Beach” Facebook group, started a fundraiser Tuesday morning to support the rebuilding process. Together with 2nd District Councilwoman Cindy Allen, Flores-Trimble is also planning an event to celebrate inclusivity, to be held on the beach.

During Tuesday’s press conference, Garcia made a promise to rebuild the tower and addressed any potential perpetrator directly.

“To whoever committed this act: please know that, one, you are not welcome in our city,” Garcia said. “And, two, that we will rebuild the lifeguard station brighter, gayer and bigger than it was before.”

Editor’s note: This story has been updated with more information from city officials, including the mayor and a fire department spokesman.