The city of Long Beach grew by about 4,500 residents since the 2010 Census, according to a preliminary tally released Thursday morning.

There were 462,257 people living in the city of Long Beach, according to the 2010 count; that number grew to 466,742, according to Census figures released Thursday.

Los Angeles was one of 14 cities with a population gain of 100,000 residents or more and Los Angeles County remained the county with the most residents as it eclipsed the 10 million-resident mark. 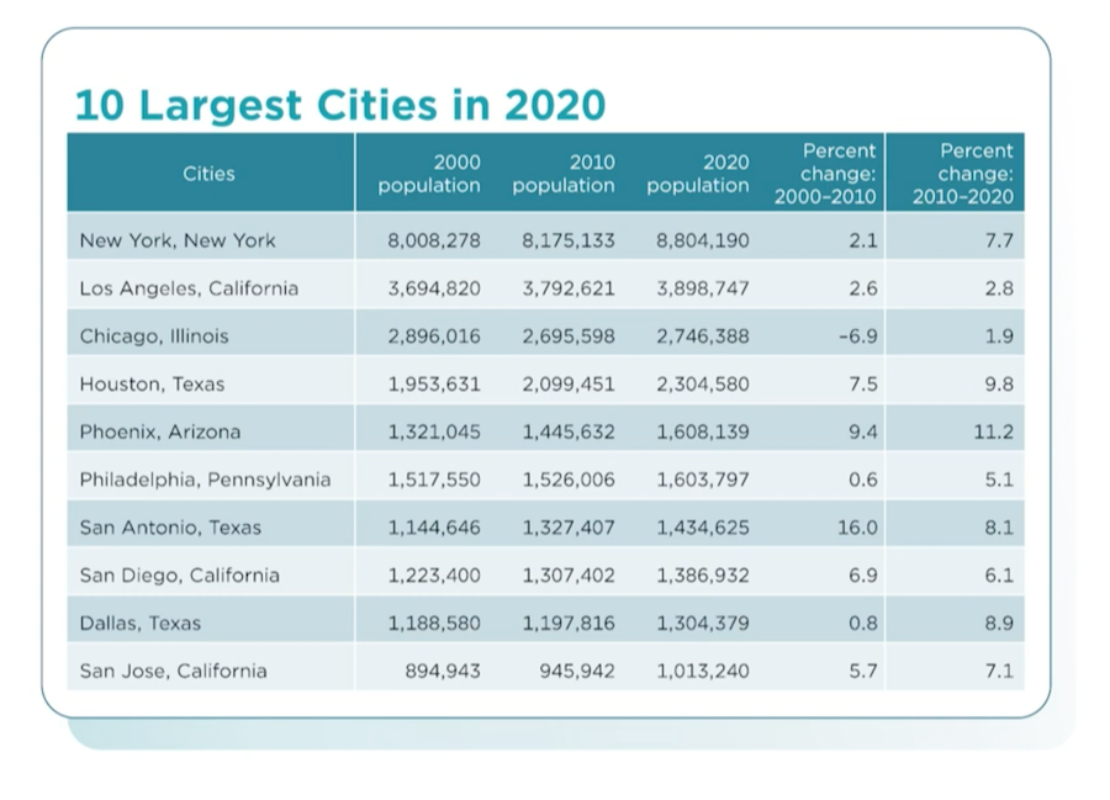 A screenshot of the largest cities and their growth rates that was presented by United States Census Bureau officials Thursday, Aug. 12, 2021.

However, population decline was a reality for most counties across the country, with the majority losing population over the past 10 years, according to a presentation from Census Bureau officials.

Irvine was one of the 10 fastest growing cities in the United States, joining the likes of Kent, Washington; Buckeye, Arizona;  and Frisco, Texas.

The United States added about 22 million people, bringing it to a total of about 331 million residents. Census officials said the rate of growth was the slowest that the bureau has recorded since the 1930s.

While 204 million people identified as only White, there were 62 million residents of the country that identified as Latino. Latinos make up the largest share of the California population and are the second most prevalent race in nearly every state between California and Texas. 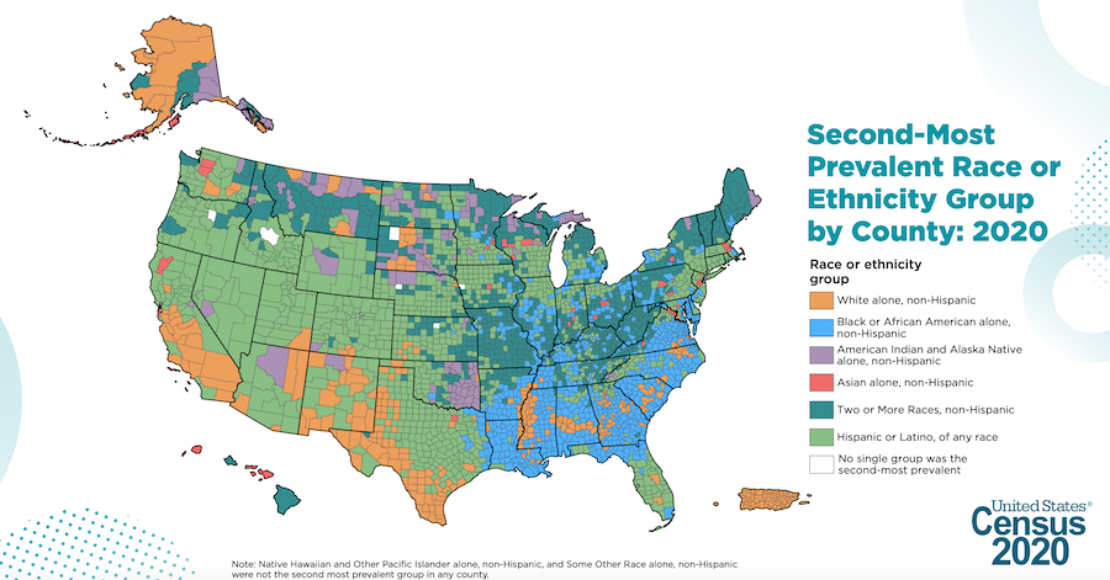 White Americans make up more than 200 million people in the country according to Census data, but these are the other races that are second most prevalent in each state.

The release of legacy Census data Thursday will start a process of reformatting by state officials before data is handed over to individual cities that need the numbers to complete their redistricting processes.

However, the Long Beach Independent Redistricting Commission will likely have to wait until early October before it can start drawing lines for new City Council districts because the federal data needs to be formatted and prison populations need to be distributed to the cities that the incarcerated persons lived in.

Then, the commission will have to wait an additional three weeks to allow the public to access the data before it starts the line-drawing process.

Paul Mitchell, the owner of Redistricting Partners, which is consulting the city’s commission during the process, said that the dozens of meetings it has already had has put the commission in a better place than some.

“All that stuff having been done puts this commission in a good place that, when it gets to the line-drawing process in October, they’re not going to be worrying about all that other stuff,” Mitchell said during a live-chat Monday. “They’re going to have heard from tons of residents about their communities of interests [while] most commissions wouldn’t have.”

The release of the data had been delayed for months due to the pandemic. Other factors, like efforts by the Trump Administration to include a citizenship question and abruptly stopping the counting process last year, have led to concerns that the population estimates may not be entirely accurate.

Ron Jarmin, the acting director of the Census Bureau, said that the bureau added new layers of protection to help ensure privacy for people who did respond to the Census, but those new privacy protections could prevent researchers and others trying to use the figures for analyzing more granular parts of the data.

“We knew that we needed to take that even more seriously than the law requires us to and make sure the people could trust that the data they provided would be kept confidential,” Jarmin said. “For very small areas and very small groups there may be some noise but that’s what’s required in order to maintain the confidentiality.”

The statewide California Redistricting Commission put out a statement Thursday saying that it still intends to petition the California Supreme Court for a deadline extension for when new maps need to be submitted.

Long Beach must submit its new maps by the end of December so they can be certified in time for the June 7, 2022 election. The commission still has at least three more meetings before reformatted data is set to be released with its last meeting seeking input about communities of interest scheduled for Aug. 18 at Browning High School at 6:30 p.m.

The commission will also hold two meetings at City Hall on Sept. 8 and Sept. 22.

LIVE CHAT: What is redistricting and how can you participate in the process?