A July 2011 fireworks explosion freaked out a chocolate Lab named Hershey and sent him running in terror from his home in West Covina. He wasn’t to be heard from again until five years later and about 35 miles away. He was brought in as a stray to Long Beach Animal Care Services. Had it not been for the microchip implanted under Hershey’s chocolaty pelt, his initially disbelieving human would never have rushed down to Long Beach and taken his friend home. We can assume that they lived happily ever after.

A microchip is a tiny electronic chip, smaller than a grain of rice, that is implanted near a pet’s shoulders. It holds such information as the animal’s identification number and whom to contact in case the pet gets lost. It isn’t a tracking device and doesn’t compromise the privacy or personal information of the owner. When a pet is found, the information is activated through use of a scanner, generally by a veterinarian or an animal control officer. Then, the dog or cat can be reunited with the human. 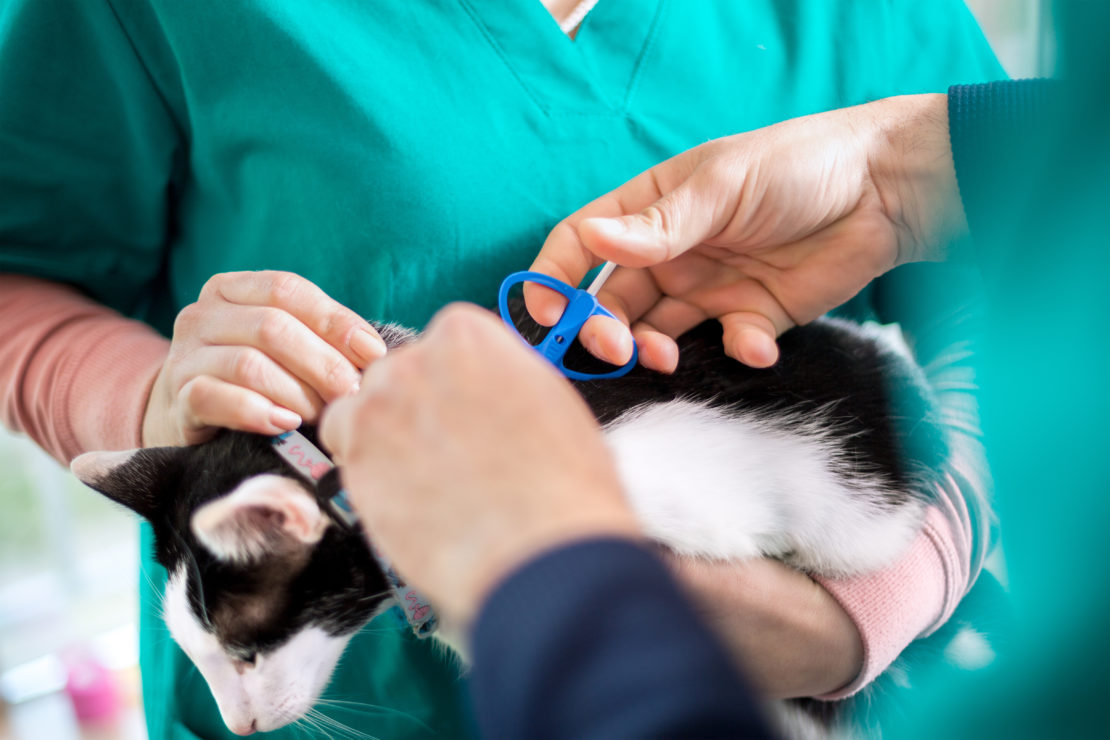 Implanting a microchip takes a couple of seconds. If the information is kept current, it will protect a pet’s life forever. Courtesy photo.

A study cited in the Journal of the American Veterinary Medical Association reported that from over 7,700 stray animals both with and without microchips, dogs without microchips were returned to their owners 21.9% of the time and cats just 1.8% and that microchipped dogs went home 52.2% of the time, and cats returned to their people 38.5% of the time. Over the years, microchips are becoming increasingly important in reuniting pets or identifying deceased ones and are useful tools in reuniting pets with their humans during the fires plaguing the state.

In this context, the California Senate unanimously (37-0) passed a bill on Sept. 18 that mandates local animal control agencies, shelters and rescues to microchip any cat or dog who is either adopted out or claimed by the owner unless the pet is already chipped and registered with accurate information or has been deemed medically unfit by a veterinarian. Gov. Gavin Newsom signed the bill, and the new law will go into effect Jan. 1, 2021.

“I thought this was law years ago!” said Louise Montgomery, who volunteers with Sparky and the Gang Animal Rescue. “Every rescue I’ve worked with for the last 15 years has done chips.”

As far as the city goes, Montgomery is correct. The city’s municipal code has since 2009 required that the shelter equip all cats and dogs leaving the shelter with microchips. The city’s ordinance mirrors the new law’s statement that the pet owner must bear the cost of the chip and registration unless they can prove financial hardship.

“LBACS implants a microchip in all animals 3 months of age and older leaving the shelter,” shelter manager Staycee Dains said. “Owners are assessed a small fee as part of reclaim fees when applicable. The cost of microchips is relatively inexpensive, from $5 to $25 for the cost of the chip. That does not include the cost of implantations, registration and so on.”

Registering the chip need not be costly, either. Michelson Found Animals Foundation provides, among its other resources, the largest free microchip registry in the country and supplies low-cost microchips to shelters and rescues. Long Beach Animal Care Services, as well as Fix Long Beach and some local rescues, obtains and registers its microchips with Found Animals’ registry.

“This ensures that no barriers exist in reuniting people and their pets,” Dains said.

Local nonprofit rescues were enthused about the law even though they’ve all been microchipping pets for years, including the cost of the chip in the adoption fee.

“We believe in microchipping all of our adopted dogs and also the strays we may hold and reunite with owners, too. So, in our opinion, this is a great bill.” said Emily Ann Peters, founder of Live Love Animal Rescue.

The new law is, however, only as effective as the human’s effort to keep the information current. If Hershey’s person hadn’t registered his chip, he’d never have made it home and his ending might not have been happy.

“Since the lost-pet problem has not been diminished, the microchip has helped return pets to their owners,” said Antje Hunt, a longtime Long Beach Spay & Neuter Foundation volunteer. “The process needs to be improved in that the new owner or owner needs to register the animal.” 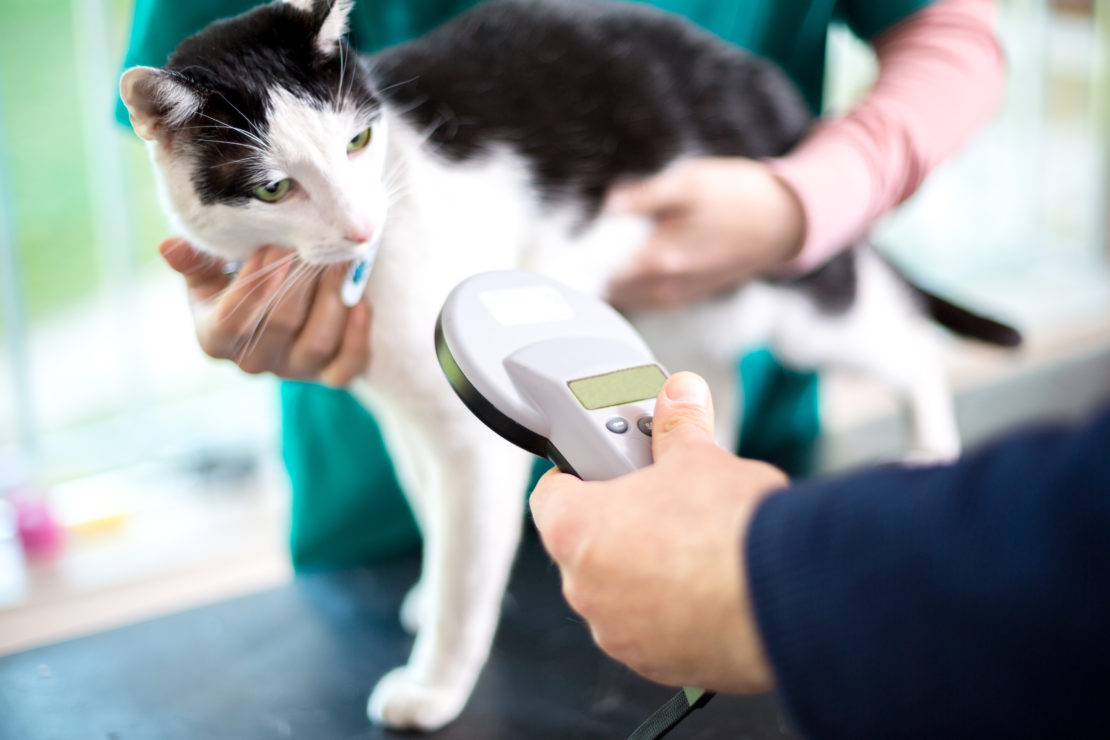 The information on a microchip must be kept current. That way, if the chip is scanned for information, the pet can be sure of a safe return home. Courtesy photo.

If you have a pet now and haven’t had a chip implanted, it would be advisable to do so. Cats and dogs who their humans think would never go anywhere could embark on an adventure through an unnoticeable opening or break free on a walk when they see that squirrel. Pets can be victims of theft, run in terror when fireworks go off—and they’ve become a year-round hobby for some folks—or disappear during the chaos of a fire or an earthquake. Your veterinarian or a vet tech can insert a microchip, and there are cheaper alternatives such as the SNPLA clinic in San Pedro or Fix Long Beach, which will offer free chips at their clinics set to resume in mid- to late October.

However you implant it, a microchip is an excellent way to ensure your pet’s safety and safe return home.