A massive rail project at Long Beach’s port complex on the Westside has fallen behind schedule, leaving some frustrated with the lag.

The Port of Long Beach is still waiting for the U.S. Maritime Administration to approve an Environmental Impact Statement for the $870 million Pier B On-Dock Support Facility, which would reconfigure 171 acres of land southwest of Anaheim Street and the 710 Freeway to improve cargo movement.

It’s been a lengthy environmental review process with the Maritime Administration, known as MARAD, as it prepared the EIS, circulated the EIS for review and is now preparing the final EIS and record of decision on the project, Port of Long Beach Deputy Chief Harbor Engineer Mark Erickson said at a recent meeting.

The port needs federal approval because it is receiving about $16 million through the U.S. Department of Transportation, and Erickson said in an email the project is eligible for future money from the federal government intended to pay for construction.

“We’ve lost, by my estimation, at least a year on what the original plan was, and that has cost us money. When we talked to MARAD, we made that apparent to them,” Erickson said. The port has asked if the federal agency could expedite their review.

MARAD did not respond to emails and calls requesting for comment. 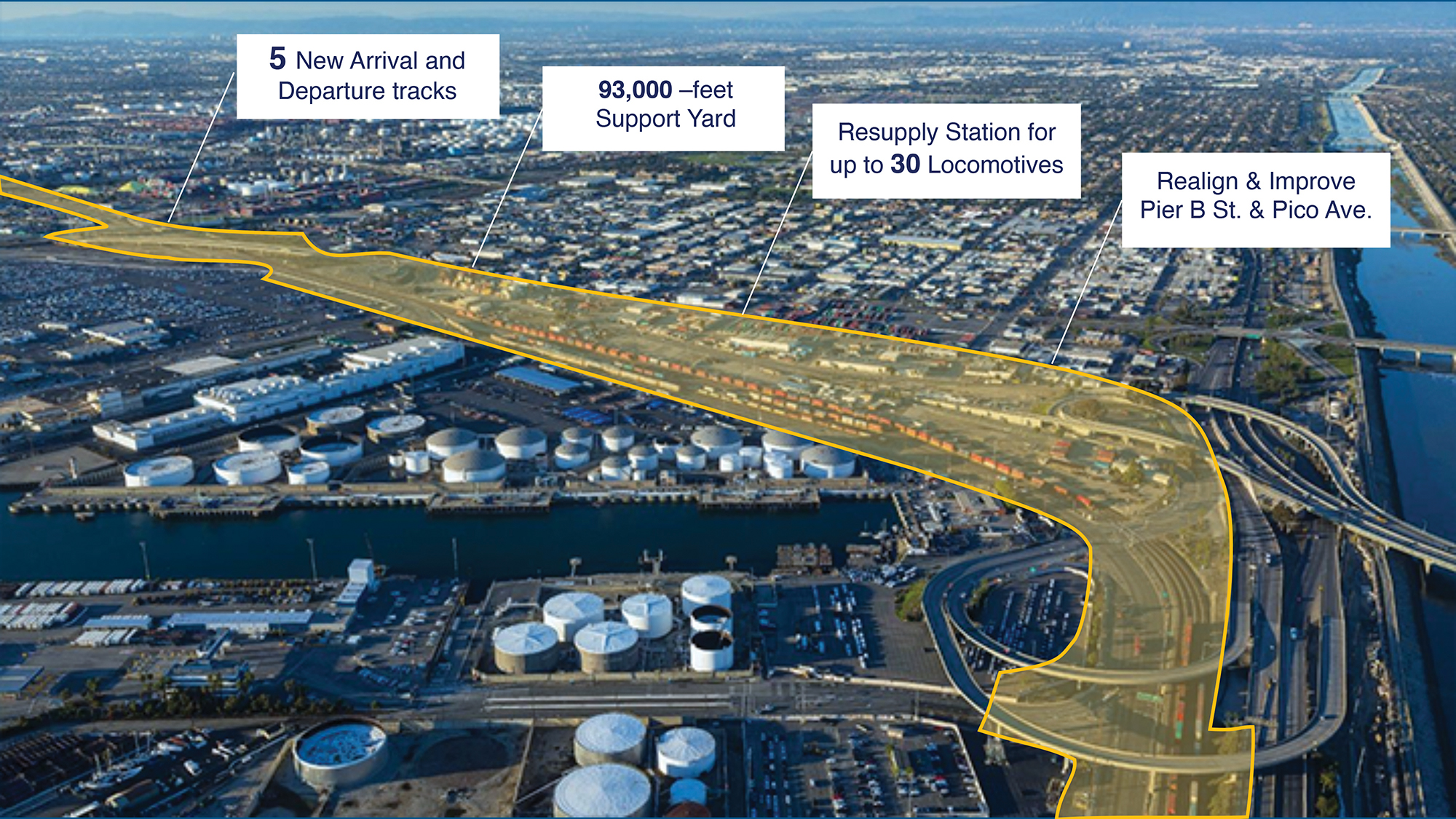 A project footprint map for the Port of Long Beach’s Pier B On-Dock Rail project. Image courtesy of the port.

The port in December 2016 first released its draft Environmental Impact Report to meet state requirements, followed by a final EIR approval by the Board of Harbor Commissioners in January 2018, according to the port.

The first arrival, departure and storage tracks were expected to be constructed by 2024, with final project completion estimated for 2032.

Meanwhile, 39 privately owned businesses that lease land from the ports are waiting for details of a relocation plan, which would include financial assistance. Some businesses and property owners are still concerned, expressing growing discontentment as the timeline drags out.

Lee Wilson, property owner of LAN Logistics, sympathizes with port officials as they also share the same goals to “get it over with faster too.”

“We’d like to have it over sooner than later,” Wilson said in a phone interview. 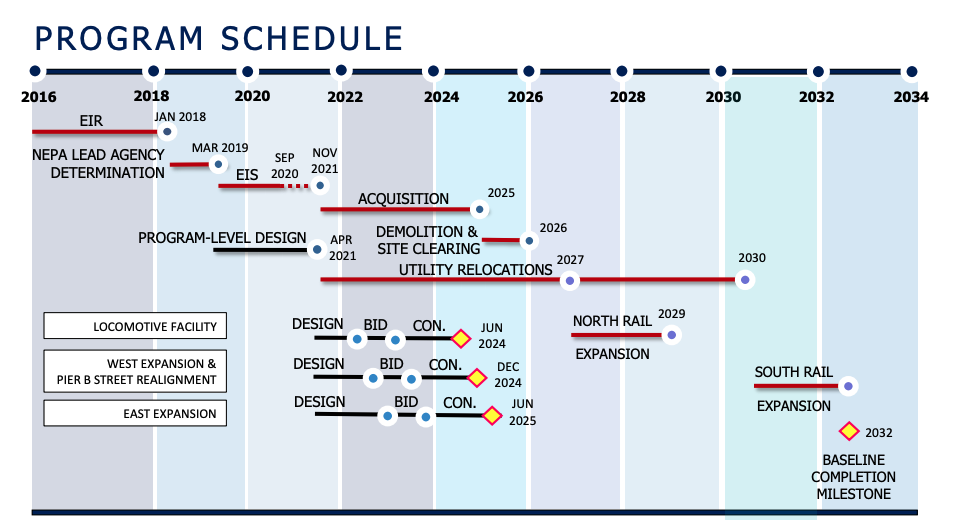 A screenshot of the Port of Long Beach’s schedule for its Pier B On-Dock Rail Support Project for a Wednesday, Sept. 1, 2021 meeting.

The port plans to pay for the project using grants, possibly loans and money from the harbor department under the city’s Capital Improvement Program. Erickson said that the port would ask the Harbor Commission for more funding if and when the EIS is approved.

Currently, 28% of cargo that passes through the port is via rail, and the project aims to increase that to 35%. The project would eliminate 750 truck trips for each full train, the port estimates, which would help reduce truck pollution. More tracks will begin operating in 2030, followed by project completion in 2032, according to the port.

To learn more about the Pier B On-Dock Rail Support Facility project or to sign up for upcoming port updates and meetings, click here.

Port of Long Beach reports busiest April in its history