Two Long Beach police officers saved a man’s life over the weekend when they rushed to his aid after he’d been shot in the neck at The Pike Outlets, LBPD Chief Robert Luna said.

The officers were working extra shifts at the popular tourist area along the Long Beach coastline when a drive-by shooting sparked panic and sent a critically wounded man running into a nearby Hooters restaurant on Saturday evening.

Luna said the two officers were close enough to the gunfire that they arrived to give medical aid within a minute.

“They saved this man’s life,” Luna said. “As a matter of fact, in the hospital, his family was praising the officers’ quick actions for saving their life. And I can’t thank them enough.” 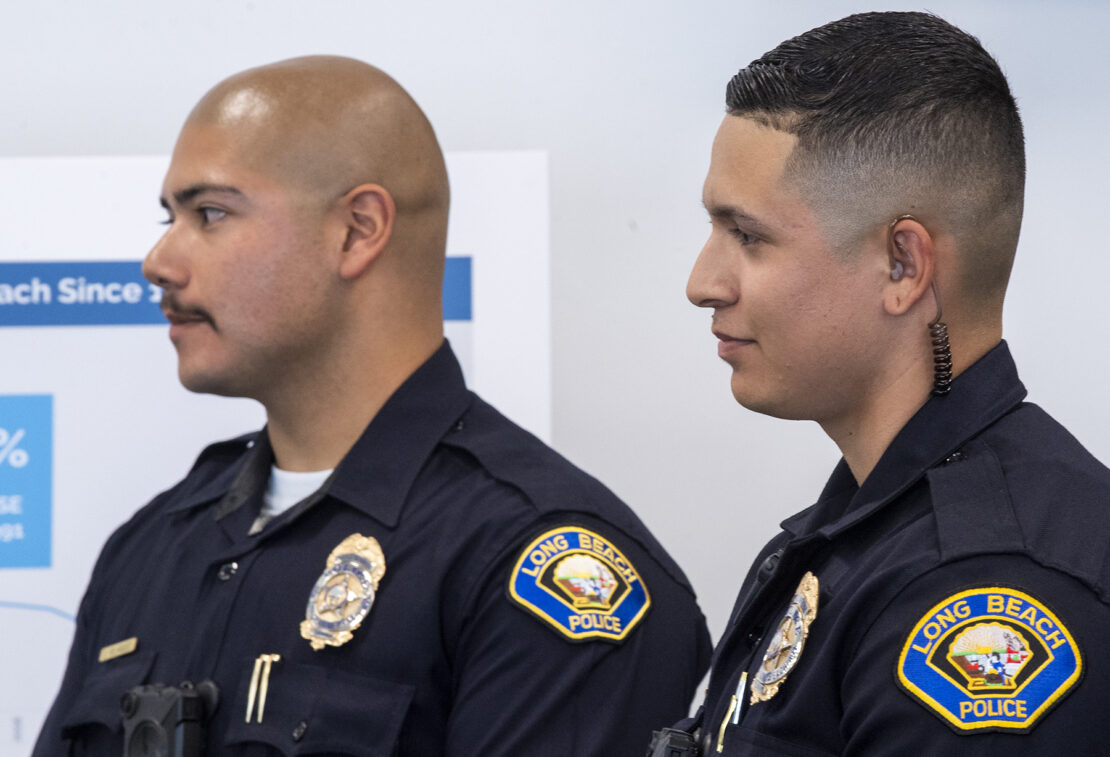 Luna made the remarks at a Friday news conference about crime statistics. The chief said he hadn’t planned to say anything about The Pike shooting, but the two officers happened to be working at the news conference by coincidence.

He brought Officer Daniel Velasquez and Officer Ismael Martinez up in front of the small crowd and thanked them. Both have been on the force for about two years, Martinez said.

“I’m very proud of them and the work that they do,” the chief said.

Long Beach police have been stationing extra officers around the city to fight a spike in gun crime over the past few months, which is part of why Velasquez and Martinez were working overtime at The Pike when the shooting started around 7:30 p.m. Saturday.

In addition to the 23-year-old man who was critically wounded in the neck, the gunfire also hit an 18-year-old and a 13-year-old, but their injuries weren’t as serious, according to authorities. 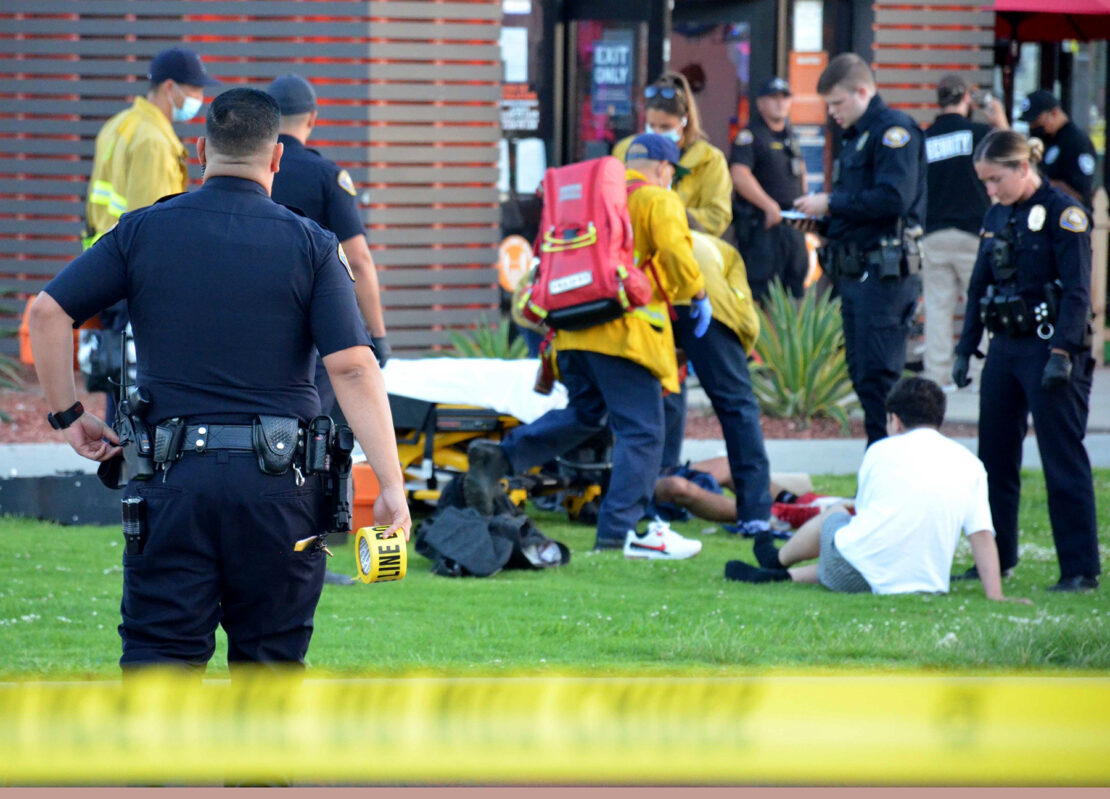 Long Beach Fire Department paramedics prepare to work on one of three people wounded in a drive-by shooting while at The Pike entertainment district in Long Beach Saturday, June 26, 2021. Photo by Kaivon Barreras.

While Velasquez and Martinez tended to the critically wounded 23-year-old, two other officers who were also working overtime in the area quickly pulled over the car that was the source of the gunfire, Luna said.

“And within a minute of the time the shooting went out, they had made a traffic stop. And they arrested the three suspects involved,” Luna said. “And we believe we have the gun in custody that was used in this crime.”

Police said the suspected assailants are a 23-year-old from Wilmington named Jonathan Rodriguez-Zamora, a 15-year-old boy and a 17-year-old boy. Police typically do not identify juveniles suspects, but all were held on suspicion of attempted murder.

Luna said police haven’t nailed down exactly what sparked the shooting or whether the victims were the intended target or bystanders, but he gave a small glimpse of where the investigation stands Friday: