My cousin and boyhood pal Ed Lamoureux, who grew up in Long Beach and wound up in Peoria, Illinois, in 1985 corresponds regularly with news about his adopted city, where he’s a professor in the communications department at Bradley University.

Last May, Realtor.com listed Peoria as the No. 1 American city to buy a cheap home, and recently Ed sent me a story from the Peoria Journal Star about the most expensive homes sold in May in Peoria County.

Days don’t go by when I don’t read on social media, often in response to the prices of homes for sale in Long Beach, a post from an angry person who is for some reason trapped helplessly within the city borders, and who can’t wait to get the hell out of town and state. Curiously, they often cite Texas or Arizona as the ideal place to go, and I can’t think of how dire of a situation they’re in that moving to Texas would be any sort of improvement, unless they prefer dirt and weeds to sand and surf. Or they want to go live in a place where they can freely behave badly.

Anyhow, Peoria. I can think of worse places to go with my suitcase full of cash from the sale of my house and buying up a row of nice houses.

You know what real estate experts say about location. These homes, situated as they are in Peoria, would fetch over a million anywhere along our coast, as well as most parts of East Long Beach and the Bixby Knolls/Cal Heights/Los Cerritos parts of Long Beach.

Look at this one: 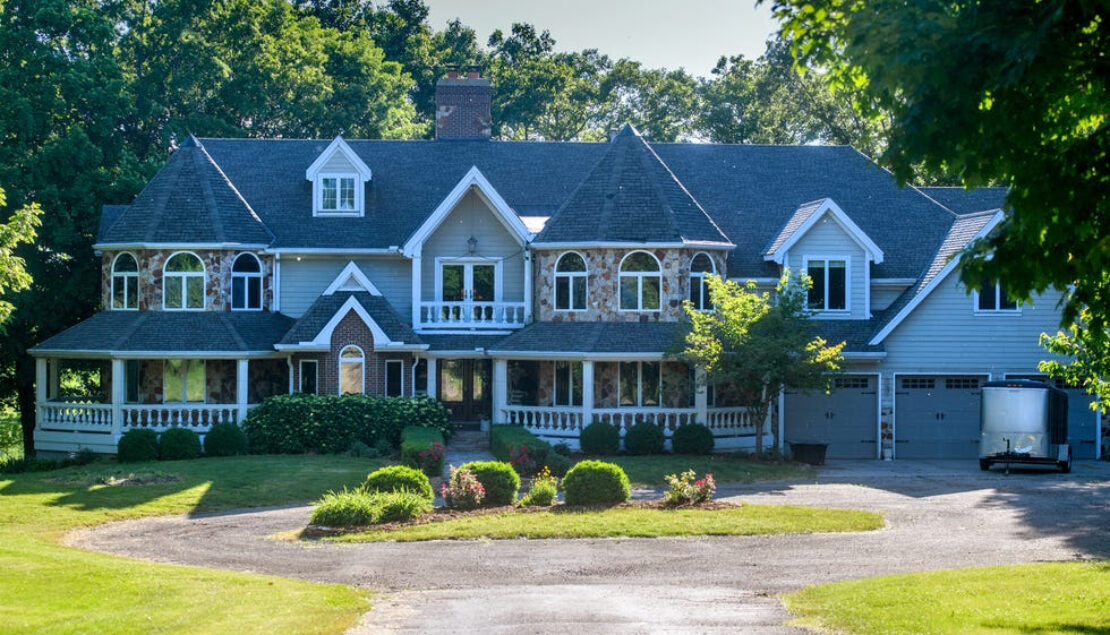 This lakefront home in Peoria County, Illinois, was among the most expensive houses sold in the area in May. Listing photo.

Any guesses? This house won’t even fit in Naples unless you buy multiple lots. It’s gonna have to go on Country Club Drive where, I don’t know, maybe list it at $6.5 million. It’s a lakefront property with a dock, it’s got five bedrooms and seven bathrooms and 6,847 square feet of living space. And an indoor saltwater swimming pool.

There are houses for sale at that price in Long Beach but they don’t have more than three bedrooms, they’re all lacking an indoor saltwater swimming pool, and they’re about 6,000 square feet smaller.

I’m not suggesting you pack up and move to Peoria, chiefly because I don’t want my cousin to be blamed for thousands of Californians moving there and driving prices up into the millions for a shack on the railroad tracks. It’s just another example of the high cost of homes in Long Beach where it’s gotten to the point where it’s costing a million dollars for a nice home in a nice area—but not a spectacular home in a great area, where the figures top a couple of million dollars.

After a couple of years of double-digit year-over-year and even month-over-month increases in home values, things might be cooling off in Long Beach in the near future.

“We’re seeing rapid normalization, for lack of a better term,” says Realtor Phil Jones, past president of the Pacific West Association of Realtors. “Sales activity was down about 30% in May and rising interest rates and out-of-control inflation have had an impact on buyers.”

Jones acknowledged what most people familiar with the two-times table sort of expect: that double-digit increases in home prices is ultimately unsustainable. If the sky’s the limit, then the sky-high prices in Long Beach must eventually reach their astronomical limit.

And yet, sales prices in Long Beach are still going up and buyers are still battling for homes with the average sale frequently leaping well over the listing price. For example, a home I wrote about on West Seventh Street on the edge of the Willmore that was listed at $825,000, sold quickly for $957,000.

Still, Jones sees a cooling-off period on the horizon, but definitely not an explosion of a bubble.

Mortgage rates are nearing the 6% mark, said Jones, and they could increase further. Even at 6%, though, it’s still, historically, a good deal. “Younger buyers don’t remember how their parents were paying 18% in 1980,” he said. It wasn’t until the mid-1990s that the rates ducked below 10%.

A fairly depleted inventory of homes for sale has also been a factor in the skyrocketing prices of homes, and Jones sees that inventory as being on a slow rise, which he attributes in part to homeowners thinking they’re losing their chances of making a killing, waiting too long to list their homes and fearing they’ve missed the gravy train and now guessing that they’re not going to see 20% year-over-year gains. They may be right, but if they end up selling for a bit less than they could have, it won’t be a tragic financial loss. Worst case, they can still make a sizable profit; maybe not what they’d hoped for, but certainly enough to move comfortably to Peoria.

A Los Cerritos Tudor-style, once someone’s dream home, is listed at $1.495 million on Weston Place