Before Long Beach was Long Beach it was Willmore City, a 4,000-acre township laid out by William E. Willmore, who leased the property from Jotham Bixby and Rancho Los Cerritos in 1881.

Willmore planned the town to run from the ocean north to 10th Street, between Magnolia and California (now Martin Luther King Jr.) avenues. Structures in the town were at first ragtag and cheap, hardly built to last through more than a couple of mild winters. And Willmore, still acknowledged today as the city’s founder, fell from grace fairly rapidly. He lost his lease, which was purchased by the Long Beach Land & Water Co., and Jotham Bixby. Willmore, bitter about losing his township,  retreated to Arizona, where he suffered, as one would in Arizona, sunstroke, leaving him befuddled and absent-minded. He returned to Southern California and wound up in the L.A. County Poor Farm, which he later walked out of to return to Long Beach, utterly destitute. He died on Jan. 16, 1901 at the age of 57.

By that time, the area in Downtown Long Beach that would become the Willmore City/Drake Park Historic District, was beginning to flourish, with magnificent Victorian, Edwardian and Queen Anne homes springing up north from West Fourth Street to the city limits at 10th and a bit beyond, and east from Cedar Avenue to the Los Angeles River.

In the early days of the city, it was the best part of town, where the wealthy and powerful lived.

Charles Windham, the first mayor of Long Beach (1908-1912), lived in an Edwardian home at 435 Cedar Ave.,  designed by George L. Hoodenpyl, who also served as Long Beach city attorney. A half block away, at 504 Cedar Ave.,  was a home built for Stephen Townsend, who was president of the city’s board of trustees (nominally the mayor) from 1903 to 1905. And, of course there’s the residence now known as the Bembridge House, built in 1906 by Stephen Green, one of the founders of City National Bank. The Bembridge House, after it was purchased and restored by Long Beach Heritage in 2000, is now the jewel of the neighborhood. 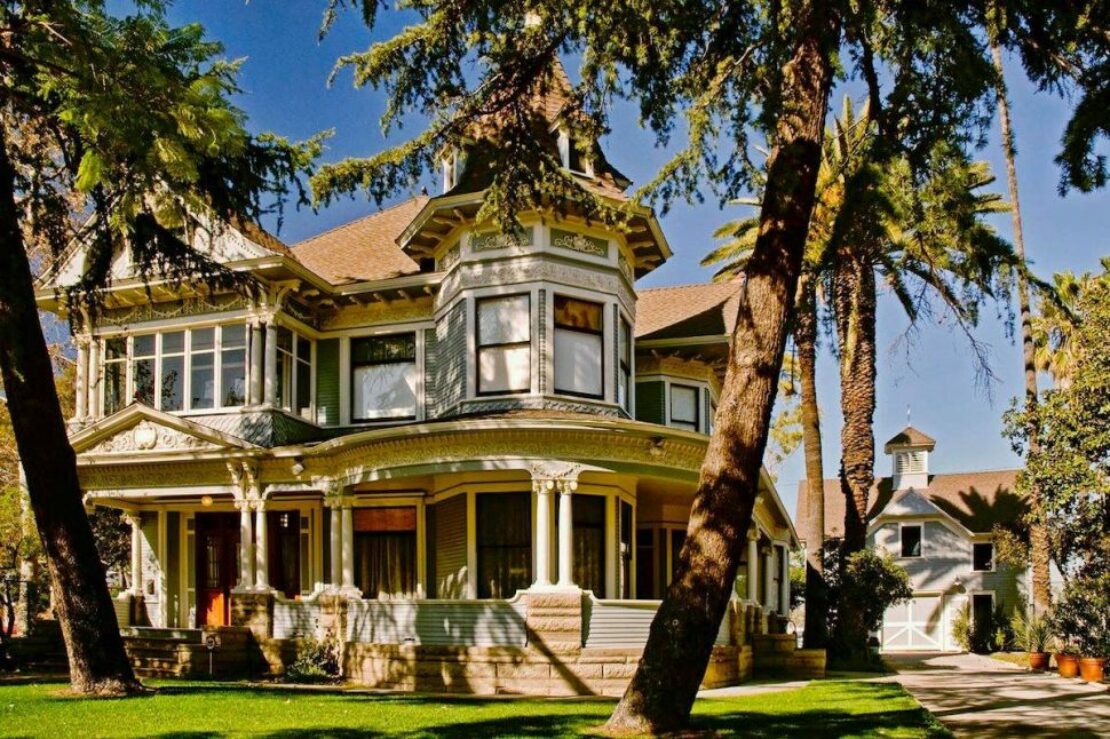 In later decades the more affluent citizens moved to large homes and mansions in the Bluff Park district as well as farther north to the Virginia Country Club area, while the Downtown Willmore/Drake Park area fell from grace and many of the stately homes were destroyed or carved up into apartments or boarding houses.

In the last couple of decades, the Willmore City/Drake Park Historic District has become a bit more desirable place to live. The area has a robust neighborhood association and residents take pride in their vintage homes and get along well with one another, hosting events in historic Drake Park.

Typical of the district’s architecture is a 1907 home going on the market on Wednesday at 347 W. Seventh St. The two-story, four-bedroom, two-bath home is listed by Realtor Angelo Dickens II at $825,000.

It’s a beautiful and comfortable house, a sort of residential oasis in a somewhat dodgy location. Gated and lushly landscaped with brilliant splashes of scarlet bougainvillea framing the view from nearly every window. 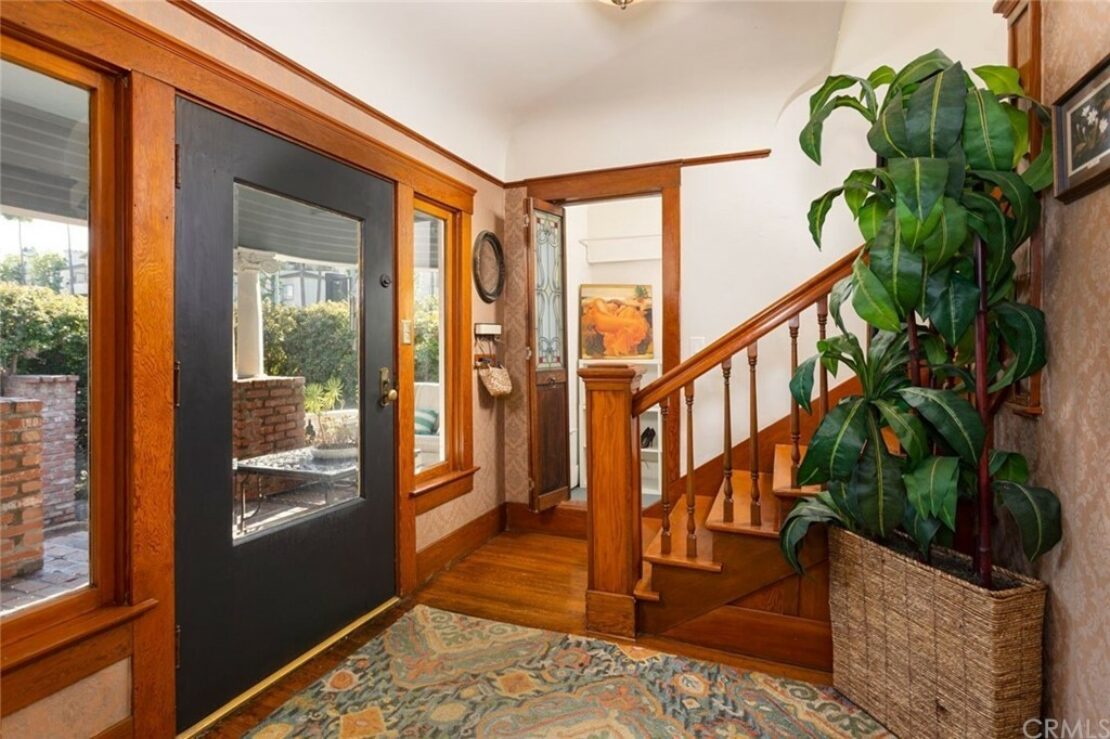 You drop this house into Bluff Park or Bluff Heights and it’s easily $1.5 million or more, but “location, location, location” isn’t just an empty mantra when it comes to real estate, and the four-lane section of westbound Seventh Street just before it launches onto the 710 Freeway isn’t the most placid environment, nor do nearby remnants of the area’s more downtrodden days do anything to raise the price above what a three-bed, one-bath stock tract home in Long Beach’s East End fetches these days—and that, incidentally, is the part of town the young couple who own this home are moving to.

Despite the drawbacks of the location, the house should warrant a selling price over listing because it is an undeniably handsome home, with architectural touches that you only find in the classics: wainscoting, crown molding, wood-framed leaded-glass windows, original hardwood floors in the living and dining rooms and a turret alcove with curved glass windows. This is the room where you’d find me most of the time. Either there or in the mudroom off of the kitchen. 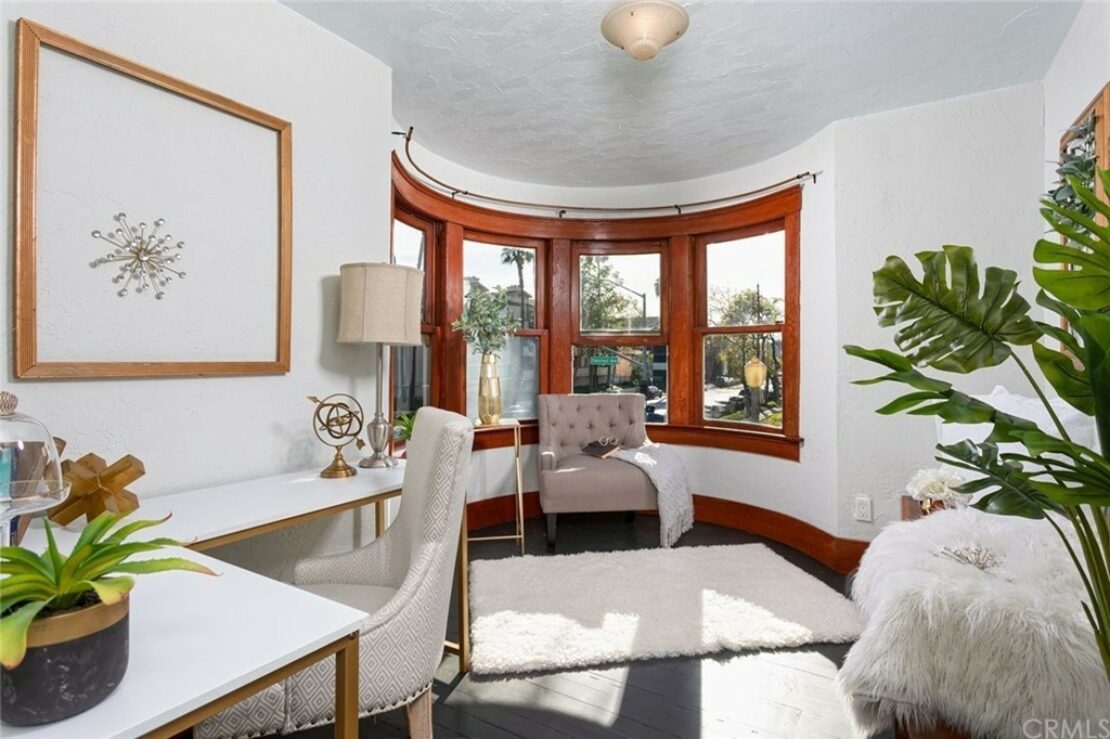 The turret room is one of the quaint features of the Victorian home. Photo courtesy Angelo Dickens II.

The kitchen has been modernized a bit with newer cabinets and countertops, but it retains its vintage style with a 1940s-style O’Keefe and Merritt stove, and it’s not built for a jumbo Sub Zero refrigerator. You’re going to need to go fridge shopping with a tape measure.

There is off-street parking at the back of the house, and you’re going to want to set aside some money to buy an electric gate for convenience—and you definitely want to be parking off the street. 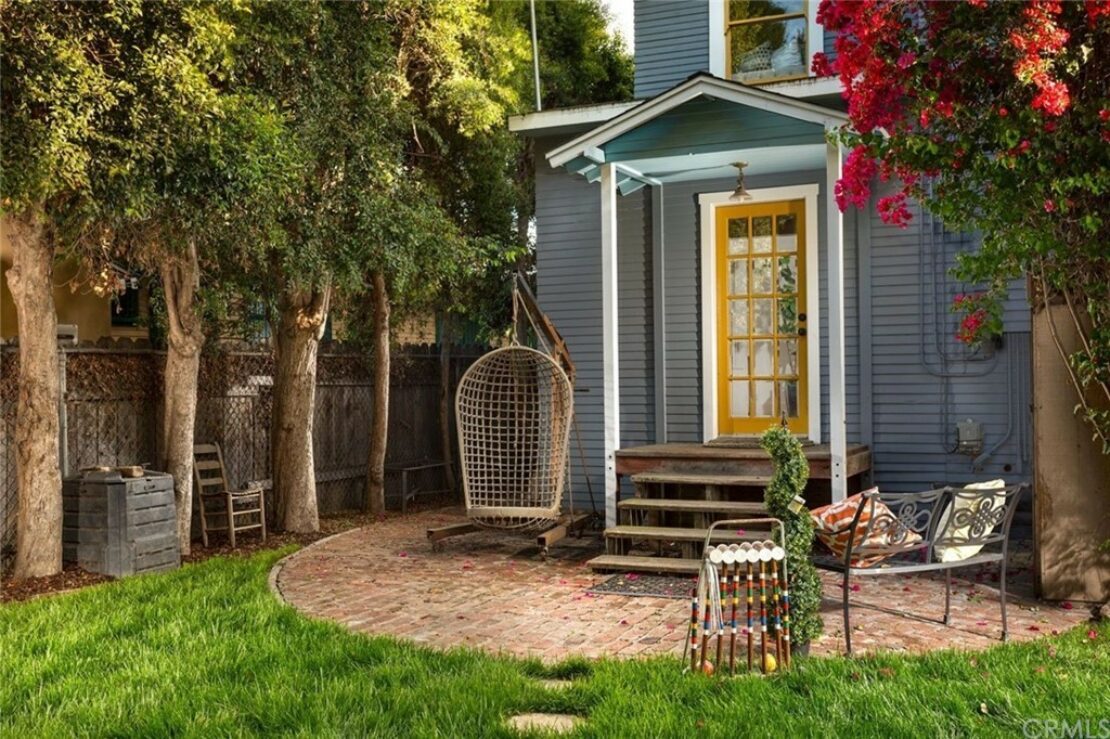 The backyard has plenty of shade and a cozy brick patio and walkway. There’s also a staircase to nowhere—something left over from the days when homes like this offered rooms for rent.

The area, says Realtor Dickens, could use a tad of gentrification, “but not too much,” he says. Maybe a good grocery store and a nice restaurant—just enough to make life in the area a bit nicer and more convenient for its residents. Too much, though and you’ll be looking at this house with a price tag well into the seven figures. As it is now, it all depends on how much importance you put on charm and how much you deduct for location.