Most people have a dream house. Sometimes that’s all it is, a dream that never comes true. Other times people have the means to make their dreams come true. Former Long Beach Mayor Beverly O’Neill long hankered for a particular home on the Peninsula boardwalk for years, before it finally came on the market and though it was a financial stretch at the time for her and her husband Bill, they managed to get it. Though Bill has since died, O’Neill still resides in her longtime dream home.

Last year, in the Cliff May Ranchos neighborhood in East Long Beach, a couple living in one of the mid-modern models, dreamed of buying the house behind them. Though it wasn’t for sale, they offered nearly $2 million, at least half a million more than it was probably worth. Dream house acquired.

Denise Page-Flatt and her husband Bruce Flatt had a dream house, too. They looked carefully and slowly at different homes for sale for a year and nine months. In their travels from one open house to another, they were taken by a pair of Tudor-style homes on Los Cerritos’ Weston Place in the stately and quiet Los Cerritos neighborhood, Denise had decided if either one came on the market they would make an offer on it.

In 2002, she got an email and saw one of the houses, at 3830 N. Weston Place was coming on the market. The couple made the owner a full-price offer, unusual at that time when haggling was fairly anticipated by sellers.

Bruce died about 5 years ago after the couple had been married for 31 years, and now their dream home is on the market, listed at $1.495 million.

The house was designed in 1930 by local architect R.A. Sites under the direction of Charles E. Espey, an investor and developer of early Long Beach who had a key and unfortunate role in a story I wrote last April about another Tudor Revival home. That house, in Bluff Heights, was built by LA architect Arthur B. Benton for his sister Olive and her husband Charles Espey. The historic home was initially listed for about $2 million but has since been taken off the market. 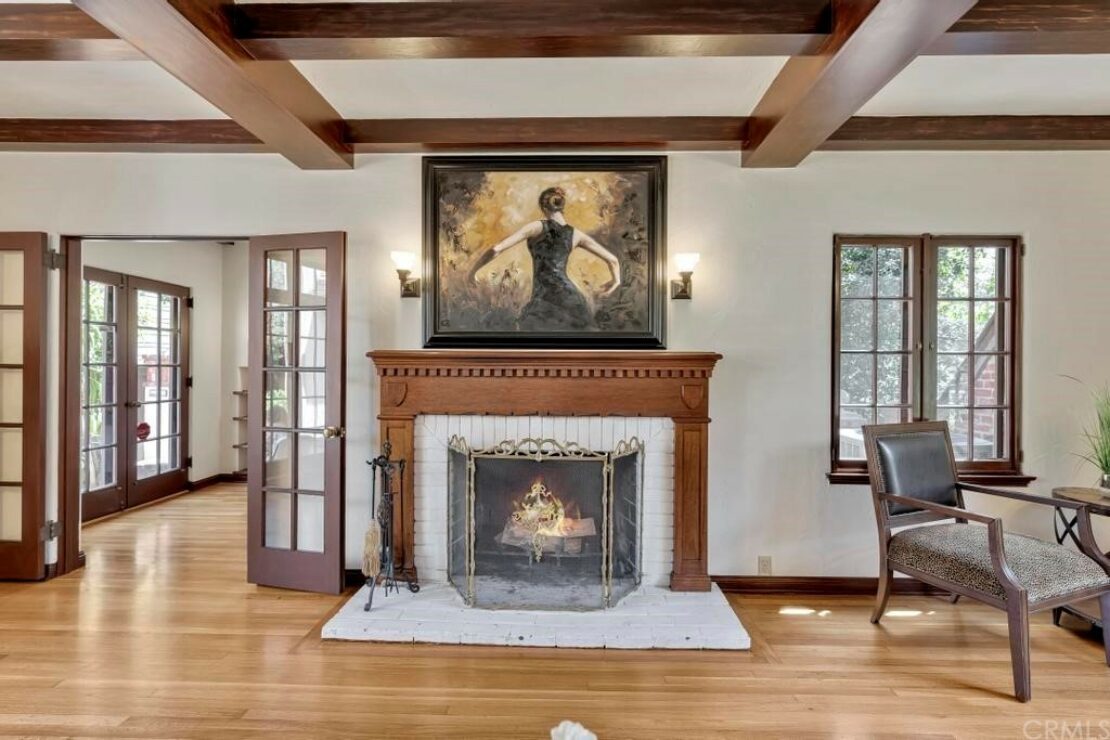 A wood-burning fireplace in the living room of the Los Cerritos home at 3830 N. Weston Place. Photo courtesy of Nina Jewell.

The Weston Place home was built by Espey for his daughter Carolyn and her husband Rupert McCook, a graduate of Poly High’s Class of 1922 who would go on to build a successful career as a banker and insurance executive in Long Beach. The McCooks stayed in the Weston Place house until Carolyn’s death in 1961.

The three-bedroom, three-bathroom home, listed by Coldwell Realtors Nina Jewell and Jack Irvin, is a true classic, both inside and out and, unlike its current owners, the next buyer will likely pay above the asking price for a house of this quality in this location.

The living room is airy and handsome, with high, wood-beam ceilings and varnished wood-trimmed windows and a wood-burning fireplace. It opens to an office, a formal dining room and the upgraded country-style kitchen stocked with modern appliances and facing a cheery breakfast nook with wainscoting and built-in shelves. 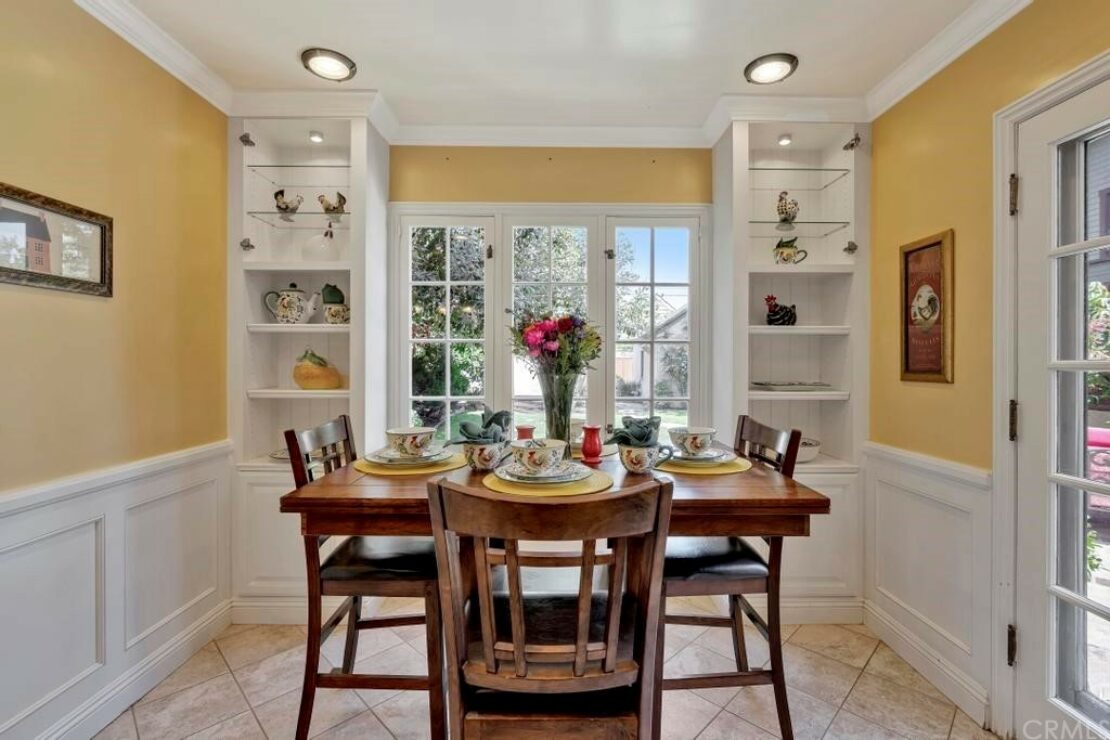 The three bedrooms and two pristine and vintage bathrooms are upstairs, one off the spacious master suite and windowside sitting area.

The Tudor style extends into the large backyard with its English garden and thoughtful landscaping.

The owner, Denise, said that she and her husband, while house-hunting, were looking not so much for a house, but for a home and this Weston Place residence has been ideal for both over its 92-year life in this historic and serene neighborhood.