It’s a fantasy conversation many homeowners have: What would it take for you to agree to let someone waltz in and buy your house?

Sure, you love your home and, no, it’s not for sale. But isn’t it? Really?

Would an offer of almost double the value get you out of the house?

A couple living in the red-hot Cliff May Ranchos neighborhood in East Long Beach had their eye on their dream house—another Cliff May model on the block behind them, just over the backyard fence. The couple contacted Realtor Ben Fisher and told him they’d like to buy the house at 3137 Shipway Ave. What was holding them up was the fact that the home wasn’t for sale. A small detail.

Fisher asked the couple how much they might offer the owner. Could they go $2 million? Yeah, they could do that. So, Fisher contacted the owner of the not-for-sale house, Realtor Donna Herman, and you know what they say about how everything’s for sale.

The offer came in, actually, at $1.95 million, mostly because of the subconscious it sounds like it’s a lot less than $2 million, but it’s still an astounding $380,000 more than the highest price paid (so far) for a Cliff May, a modified two-story model on Pattiz Avenue sold by Realtor Nate Cole in February.

Everybody’s happy. The dream-house couple got their dream house, and Donna Herman got hers by purchasing the couple’s house on Rosebay Avenue for $1,350,000.

“It’s beautiful,” said Herman. “It has everything on my wish list.” 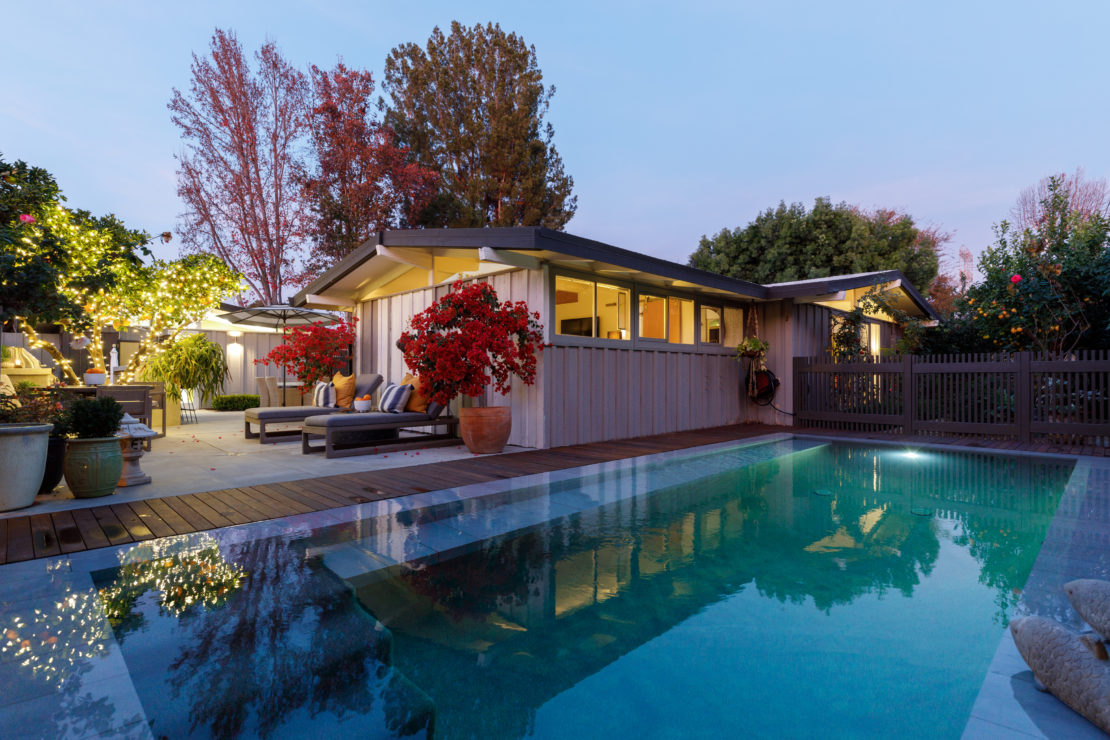 The backyard of the Rosebay Avenue home in the Cliff May Ranchos that Donna Herman purchased for $1.35 million from the people that bought her home on Shipway for $1.95 million. Photo courtesy of Ben Fisher.

That would include an elegant infinity pool in the yard (backyard, front yard, nobody can tell the difference in the Ranchos).

And why the mad rush to purchase her Shipway house? “It’s the size of the lot,” said Herman. It’s the biggest in the tract thanks to the fact that the property is on a curve, giving it a huge amount of real estate behind the house (so, the backyard). It comes in at 12,166 square feet, while the typical lot size in the Ranchos runs from 5,500 to 6,000 square feet.

“I understand the new owners are going to add on a big ensuite master bedroom and put in a pool, and there’s certainly  enough room for that.” 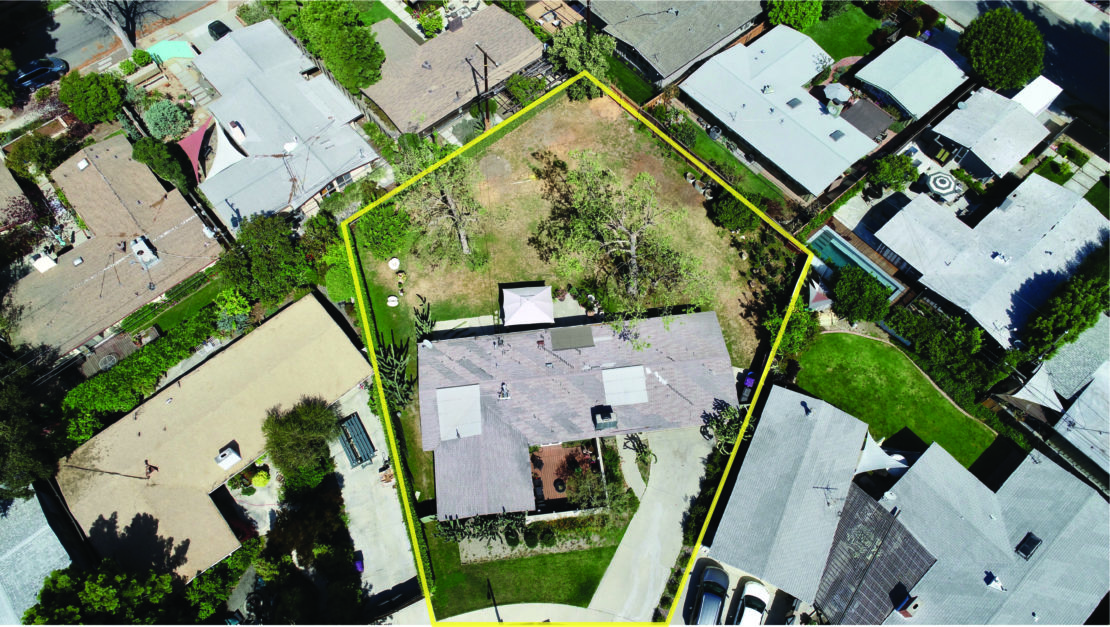 An aerial photo showing the size of the 12,166-square-foot lot at 3137 Shipway Ave. Photo courtesy of Ben Fisher.

The lot size certainly played a big role in the home-swap purchase. The house doesn’t rank with some of the more spectacular renovated homes in the tract. It needs a new roof and flooring, which shouldn’t be a big deal for the new owners, who’ll be putting money into the expansion and pool; might as well throw on a new roof and lay down some flooring while they’re at it.

Herman said she’s been offered money quite a few times over the 18 years she’s lived there, “but never anything like $2 million.”

I called her to tell her how much her old home sold for—the houses cost less than $20,000 when she and her husband bought theirs around 1960.

She was, of course, flabbergasted. “That’s a lot more than my condo in Bixby Hill is worth. I can hardly wait to call my kids and tell them what it sold for. They’ll probably say, ‘We told you not to sell it’,” she said.

The rise in value/price of the Ranchos has been staggering over the past decades as they’ve set record sales prices every couple of months, since a Cliff May first broke the million-dollar mark with the sale of a home at 3070 Karen Ave. in May 2019.

“People either love them or hate them,” said Herman. “They sort of fell out of favor in the 1970s and ‘80s when everyone was buying Craftsman houses, but then they came back. People have really embraced mid-century modern. Now they’ve become collector homes. There are 726 Cliff May homes in the Long Beach tract and if you really want one, you’ll pay for it.”