Home buyers who can afford to live in the pricier parts of town mostly flock to the coastal areas in the southeast part of town: the canals of Naples, the beachfront homes of the Peninsula. Or they’re drawn to the quieter eucalyptus-lined estates of Los Cerritos’s Country Club Drive. Those with more of a taste for mid-century luxury a few notches above the Cliff May homes in East Long Beach, will always show high interest in Park Estates.

But sometimes overlooked by people willing to write a million-dollar check or more for a house is Bluff Park, the original high-dollar neighborhood of Long Beach that was annexed by the city in 1906 and is the city’s second neighborhood to be designated as a historic district.

The area runs along Ocean Boulevard between Loma and Junipero avenues, with Broadway as its northern boundary.

Naturally, the homes on Ocean are in some ways the most desirable, with unimpeded views of the Pacific thanks to Bluff Park itself, which runs along the entire length of the district on the south side of Ocean. But First Street (formerly Park Boulevard), too, is lined with what could be considered more beautiful homes laid out along an extra-wide street with little traffic and quite noticeably quieter than the boulevard just one block to its south.

The homes in Bluff Park are predominately Craftsman, though the whole range of architecture can be found, from Tudor and Spanish Revival to Cape Cod and Mediterranean, to Mid-Century and Modernist and Post-Modernist. 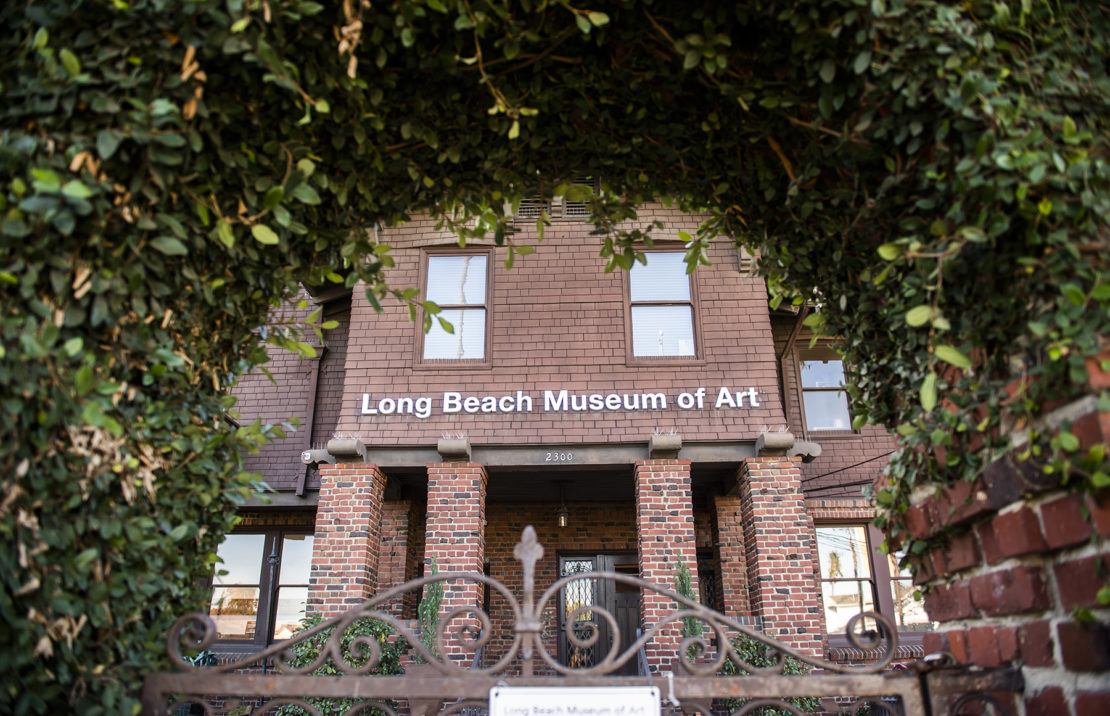 Heiress Elizabeth Millbank Anderson had this 15-room house on Ocean Boulevard built for her in 1912 at a cost of $100,000. Today, it houses The Long Beach Museum of Art. Photo by Thomas R. Cordova.

Anderson, who split her time between Long Beach and New York, built a home on the south side of Ocean at Kennebec in 1912 for the ungodly sum of $100,000. The 15-room Craftsman would later become the Long Beach Museum of Art.

Early filmmakers and stars became enamored of Bluff Park, and bought or rented the homes along Ocean. Among them were the Horkheimer brothers, who ran Balboa Studios, and stars Roscoe “Fatty” Arbuckle and Theda Bara. W.C. Fields rented the “Weathering Heights” home at 3065 Ocean Blvd. for about a dozen years in the 1930s, and Clark Gable and Carole Lombard vacationed in the house. 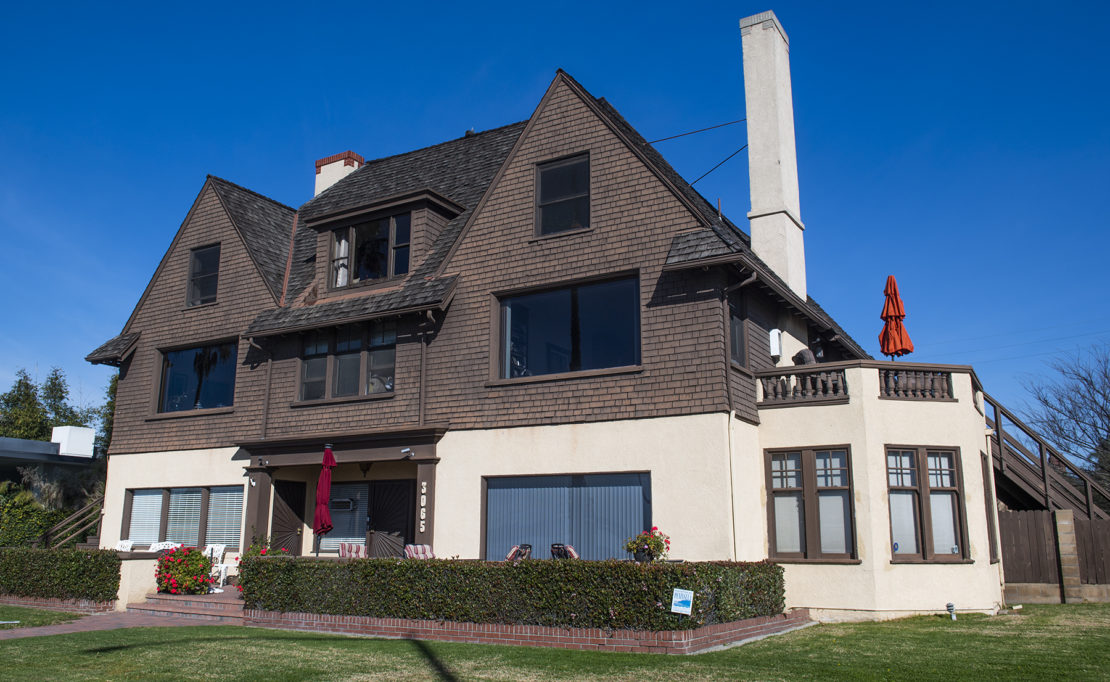 The “Weathering Heights” home on Ocean Boulevard at Paloma was rented by W.C. Fields and was used as a vacation cottage by Clark Gable and Carole Lombard. Photo by Thomas R. Cordova.

Other notable homes in the area include the Loynes House, built by Long Beach Yacht Club co-founder Dick Loynes and his mother in 1928 at 2501 E. Ocean Blvd.; the Heartwell/Lowe House, a Colonial Revival at 2505 E. Ocean Blvd.; the Raymond House, at 2749 Ocean Blvd., designed by architect Irving Gill, often called the father of modern architecture, in 1918; and the Milton Baird House, built for the pioneer settler of Long Beach and styled after an 18th-century French townhouse, at 2515 Ocean Blvd.

Today, another house of home is on the market at 2721 E. Ocean Blvd. The residence, listed by Mollie Beck of Coldwell Coastal Alliance, features two separate homes, and the second, rear house is much more than an afterthought mother-in-law shack. The two-story, two-bed, three-bath rear retreat was completed in 2018 and is full of top-line fixtures.

The front, primary residence is the one with a history. The unimposing three-bed, three-bath one-story brick house was the former residence of famed Major League umpire John “Beans” Reardon, a colorful, quotable and rough-talking ump who was the sort of person who could step in and out of a Damon Runyon yarn. A sportswriter once wrote of Beans, “When Mr. Reardon speaks you are under the impression that he has just spit out a hand grenade.” 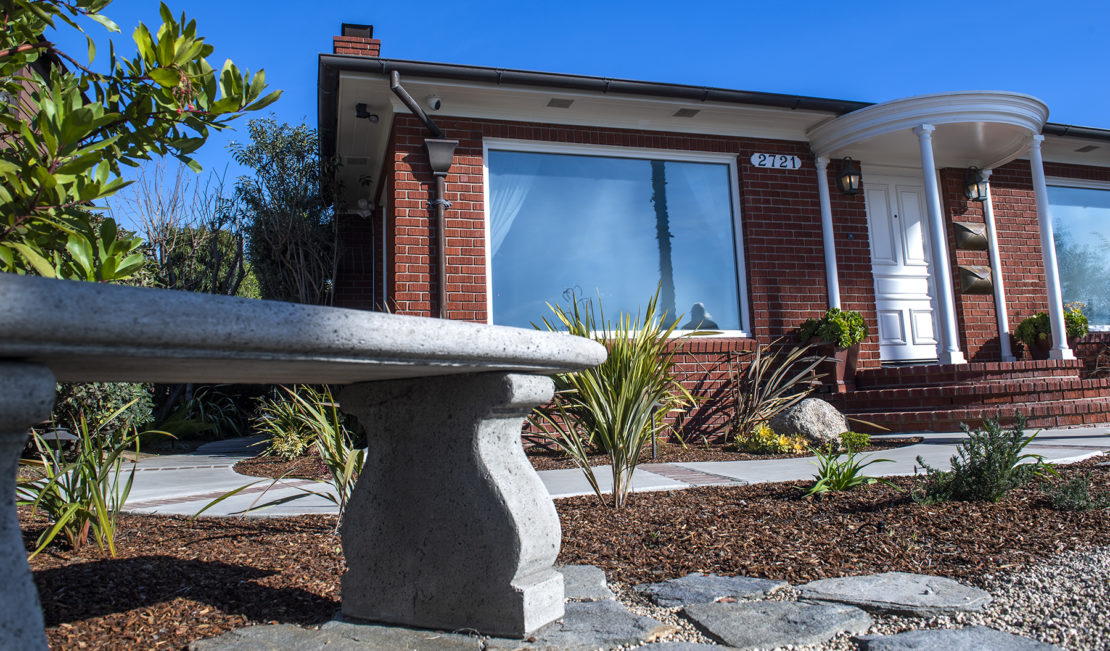 The Beans Reardon House at 2721 Ocean Blvd. is for sale in the Bluff Park Historic District. Photo by Thomas R. Cordova.

When a pro ballplayer complained that Beans cussed him out, he was assured that it was just Beans’ way of saying hello.

Beans’ career included umpiring six World Series games and three All-Star games in his 24 years of officiating in the mid-1920s through 1949. He was featured and memorialized in a Norman Rockwell painting, titled “Tough Call,” or “Game Called Because of Rain,” that placed him on the cover of the Saturday Evening Post on April 23, 1949. The original painting is in the collection of the National Baseball Hall of Fame. 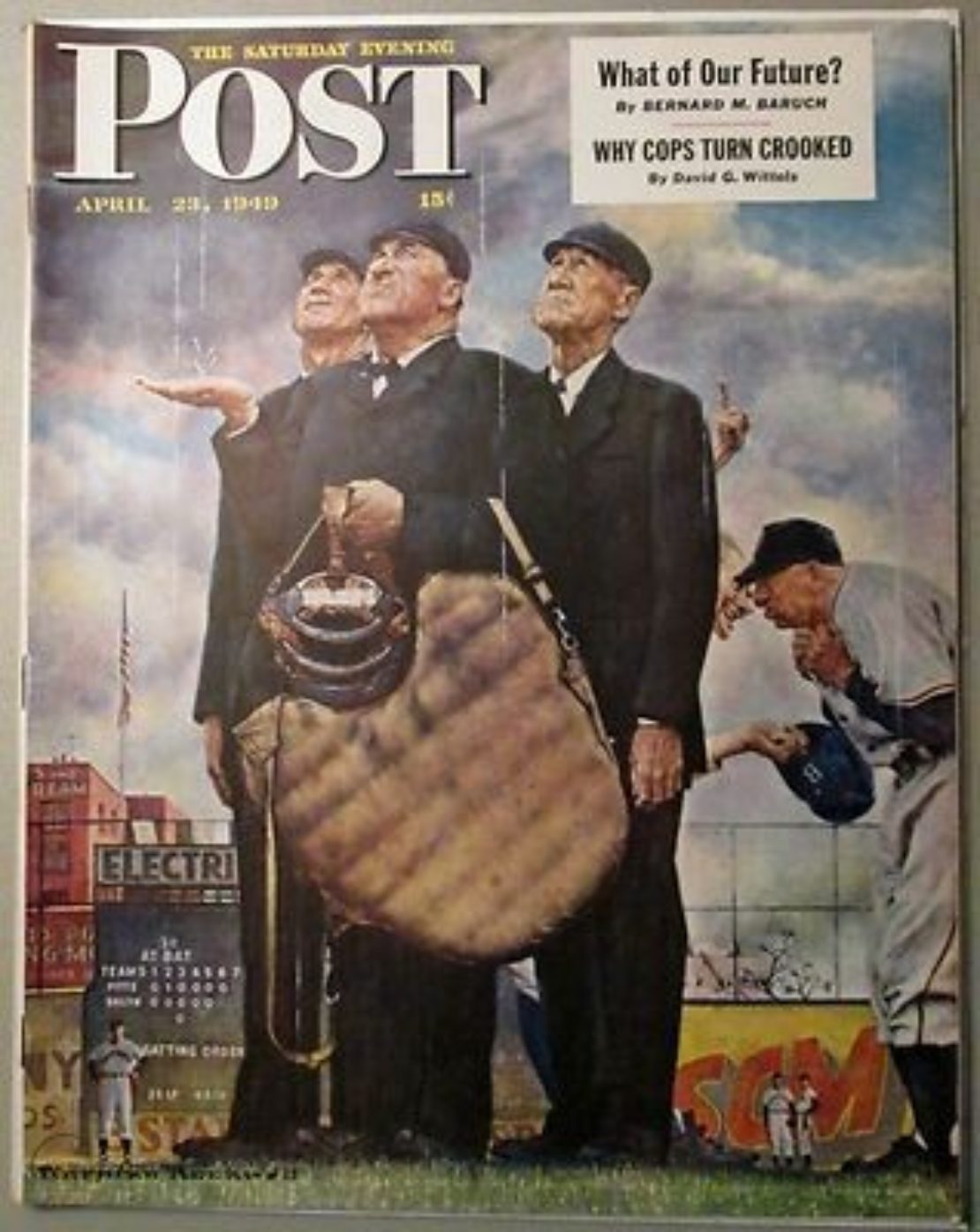 Beans Reardon, center, was the model for Norman Rockwell’s painting that appeared on the cover of the Saturday Evening Post in April 1949.

“I heard that when the house was sold, there was a big barrel of autographed baseballs in it,” said Realtor Beck.

Reardon’s unquenchable love for beer was also legendary. A dedicated drinker of Budweiser, he would walk out of a bar if they didn’t carry his brand.

That loyalty paid off when Budweiser offered him a job as spokesman for the brand. Beans took his affinity for Bud a step further in 1946, when he bought the Budweiser distributorship in Long Beach, which led to him buying a home in Bluff Park. He ran the distributorship until he sold it in 1967.

The Beans two-house compound is listed at $2,998,750. It would be a steal if the barrel of autographed balls came with it.