Last March, I wrote about the plight of the first-time homebuyer in Long Beach, with the general consensus being that things were pretty depressing for those hoping to get a foothold on home ownership.

But people are still interested in reading about first-time home-buying, so here we go again.

Asked if things had loosened up a bit for the beleaguered buyer hoping to enter the real estate market, Phil Jones, managing partner for Coldwell Banker Coastal Alliance, replied, sadly, “No.”

“Inventory is still remarkably tight,” he said. “Interest rates are inching up—it’s still under 3%, but there’s anticipation that we could see it up to 3.5% by the end of the year.”

And, while single-family houses are still flying off the shelves, especially those in the $650,00-$800,000 range, and at prices above listing, the frenzy has abated a bit, says Jones. “Some agents attribute it to buyer fatigue. They say that buyers want to take a break and that they don’t want to expose themselves to more abuse, for lack of a better term.”

That “abuse” most often comes in the form of wealthier house-hunters and, far worse, hedge funds such as Blackstone and Colony Capital that swoop in and make cash offers, again frequently above asking price, leaving the first-time buyers willing to pay the list price outflanked and frustrated. Blackstone, says Jones, owns 17,000 single-family homes in Southern California. “And they’re holding onto them,” says Jones. “They treat them like stocks.”

Ever-increasing prices is, perhaps, the most daunting hurdle that new shoppers have to grapple with as the three-bed, two-bath tract homes they grew up in and that their parents or grandparents bought for five-figure amounts are now fetching close to or over $1 million, and the era of $500,000 homes is disappearing in the rearview mirror.

And yet, there are a few in the half-million-dollar range, a relatively affordable amount these days. It’s likely none of them are the house of your dreams, but you’ve gotta start somewhere.

This North Long Beach home, at 926 square feet, is one of the larger homes in this price range. It’s got an enormous front yard, with the house set way back from the street. In fact, the front yard is sort of the de facto back yard, with fruit trees and because it’s fenced in, there’s plenty of space for a dog or two to frolic. 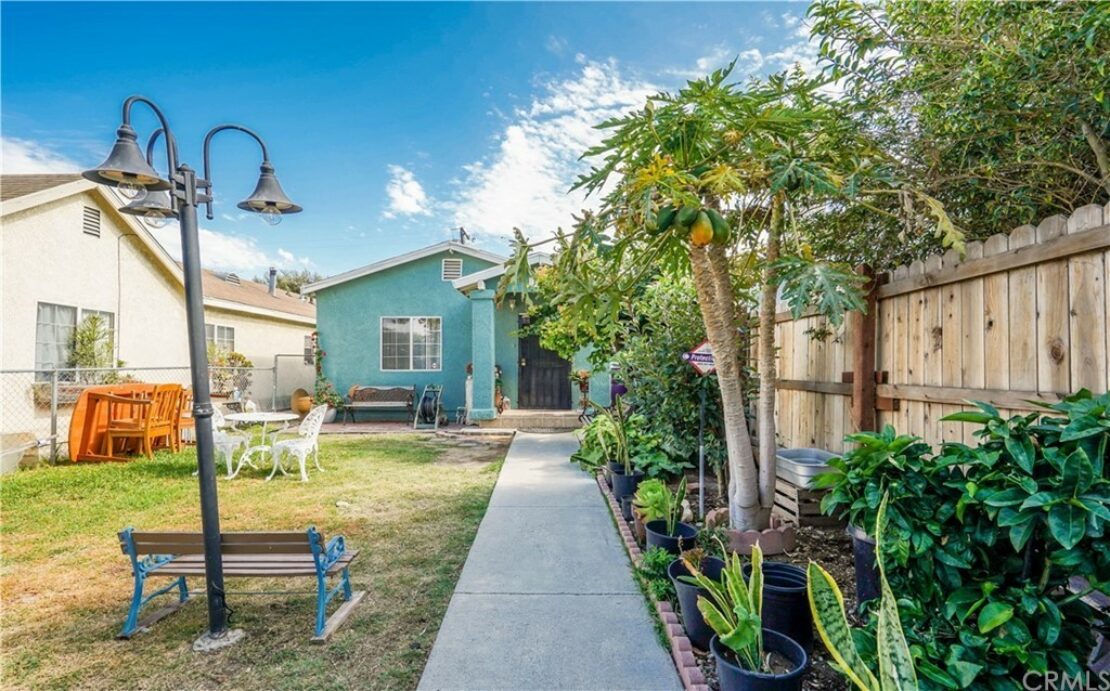 $535,000 gets you this home in North Long Beach with a big front yard. Listing photo.

Inside, the open kitchen gives the place a spacious feel belying its square-footage stats. The kitchen also has ample storage space with lots of handsome oak cabinetry. The house’s two bedrooms and one bath are painted rather adventurously, which won’t bother everyone. It’s simply a matter of taste (for the record, I like it, if that helps sway you one way or the other). There are ceramic floors throughout the house. A down payment of $107,000 and a 30-year mortgage at current interest rates will get you a monthly payment of around $2,500.

At this price, it’s the least expensive home in this group. The Wrigley area two-bedroom, one-bath home features 732 square feet of living space on a 2,253-square-foot lot. Built in 1926, the home’s Spanish style and its drought-resistant (or, rather, gravel-covered) front yard is reminiscent of the Southwestern style that was all the rage a decade or so ago. Throw around some pots of succulents and it’ll spruce the place up nicely. 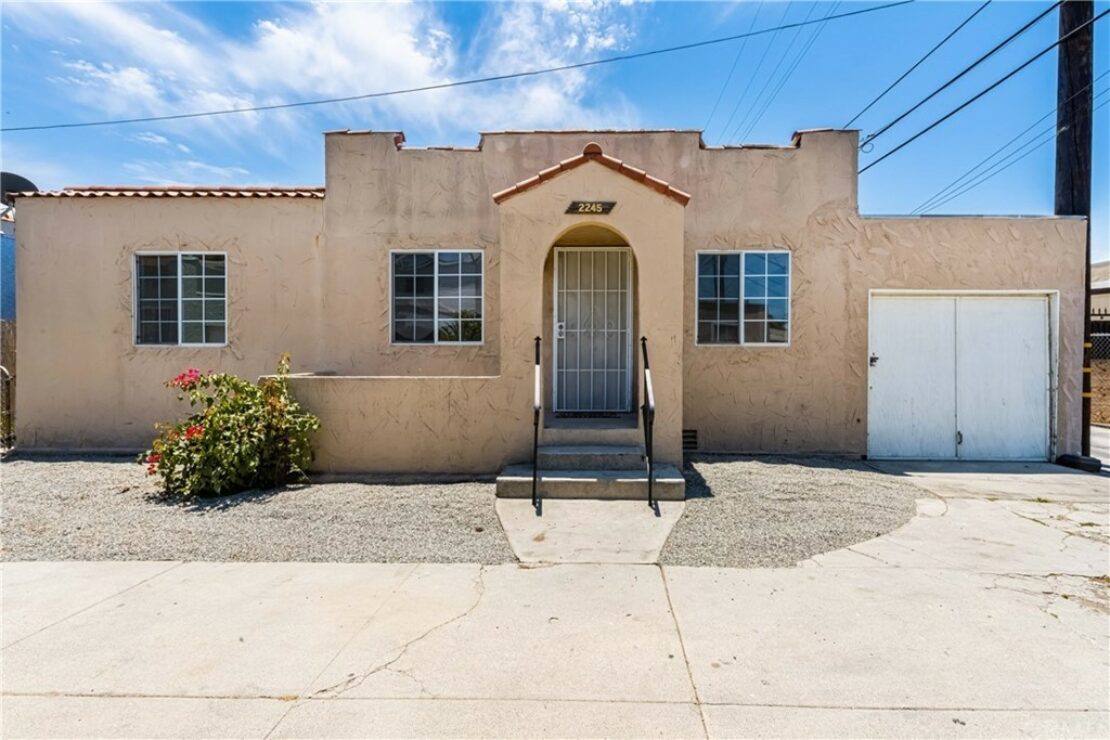 Its kitchen is on the small size, with the sole bathroom somewhat disconcertingly is entered through the kitchen. The living room features some nice built-in cabinetry.

As with most homes in Long Beach, this one’s touted as being close to the beach, but it’s miles from beachfront.

This remodeled 1927 home has two bedrooms and a bath in 730 square feet, and it manages to gobble up most of its 1,524-square-foot lot, with no back yard to speak of and a narrow little plot of grass in the front that you can “mow” with a Swiss Army Knife, so “minimal yard maintenance” is called into play by the listing agent as a key selling point. 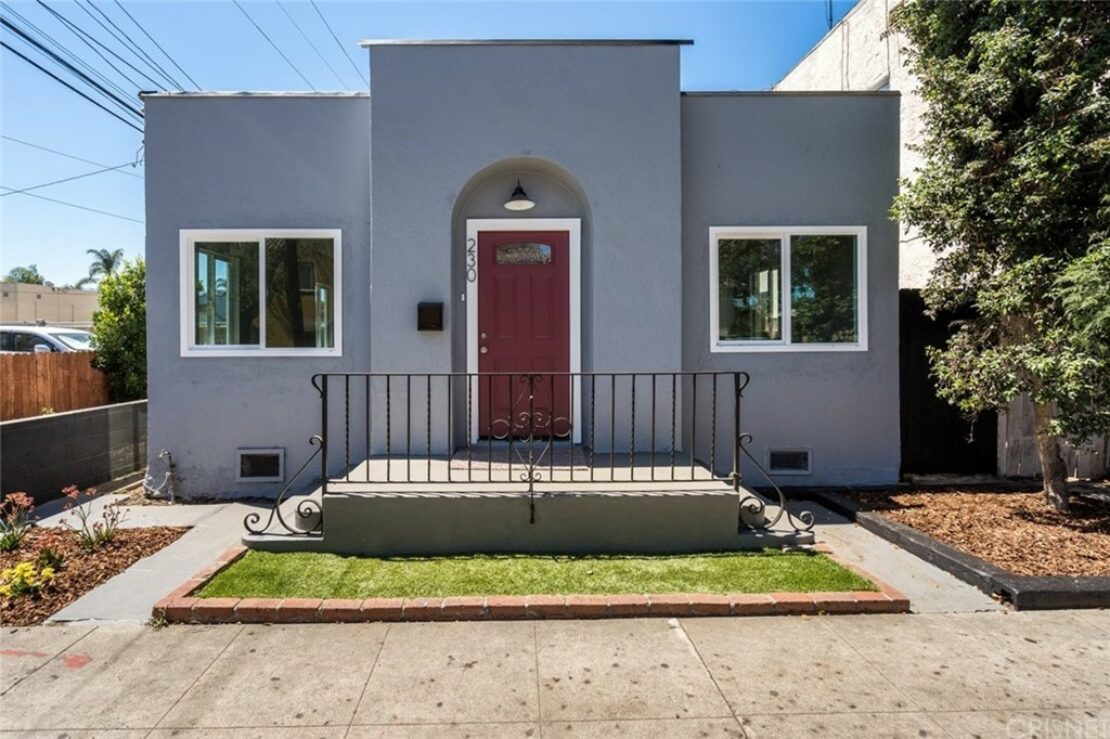 Hate yard work? Get this house with low-maintenance landscaping for $550,00. Listing photo.

The house, in the Poly High district, has a lovely little eat-in kitchen with a built-in seating booth and storage, along with quartz countertops, clean white cabinets and stainless steel appliances.

This two-bedroom, one-bath bungalow in the cheerful-sounding Sunrise neighborhood is indeed cheerful inside, with its clean modern open floor plan that opens the kitchen into a sunny living room. The balance of the rooms are nicely painted with gray wood-laminate flooring throughout. 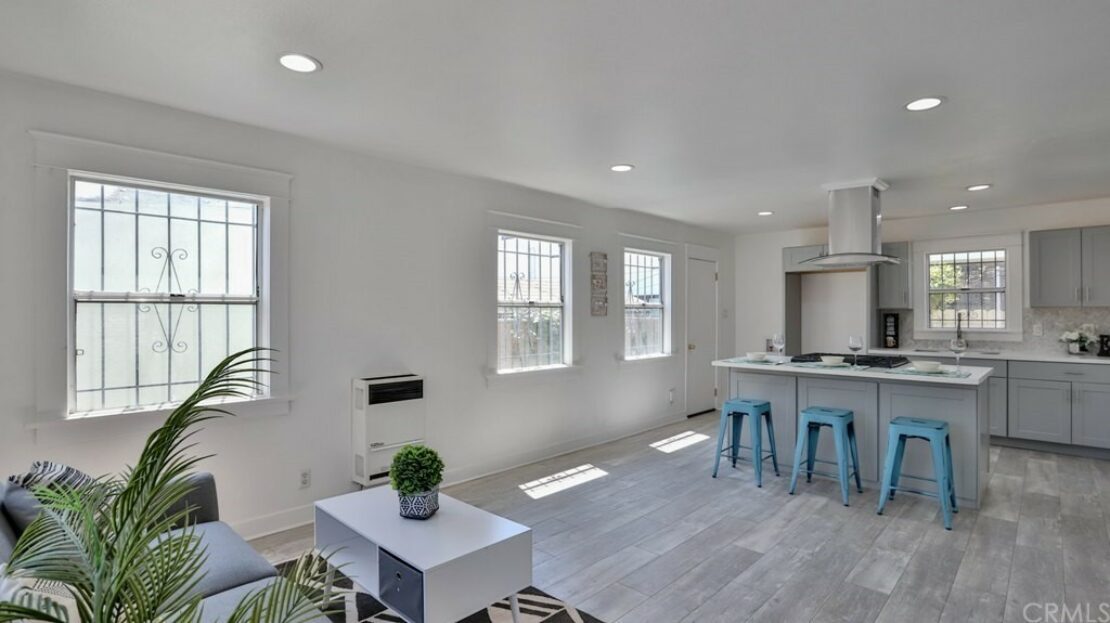 A bright and airy kitchen opens to a living room in this home at 2465 Linden Ave. Listing photo.

Slap down $96,000 and you can get locked into a monthly payment of about $2,150 for the next 30 years, at which time rents will be stupidly high and your house may be worth millions. Though, possibly not.

Here’s a house in North Alamitos Beach, which is about as close to the water as I can get you. And it’s actually a pretty nice little house. The Craftsman-style bungalow was built in 1918 and remains pretty much original, which means it needs work (as does anyone or anything that’s 103 years old). 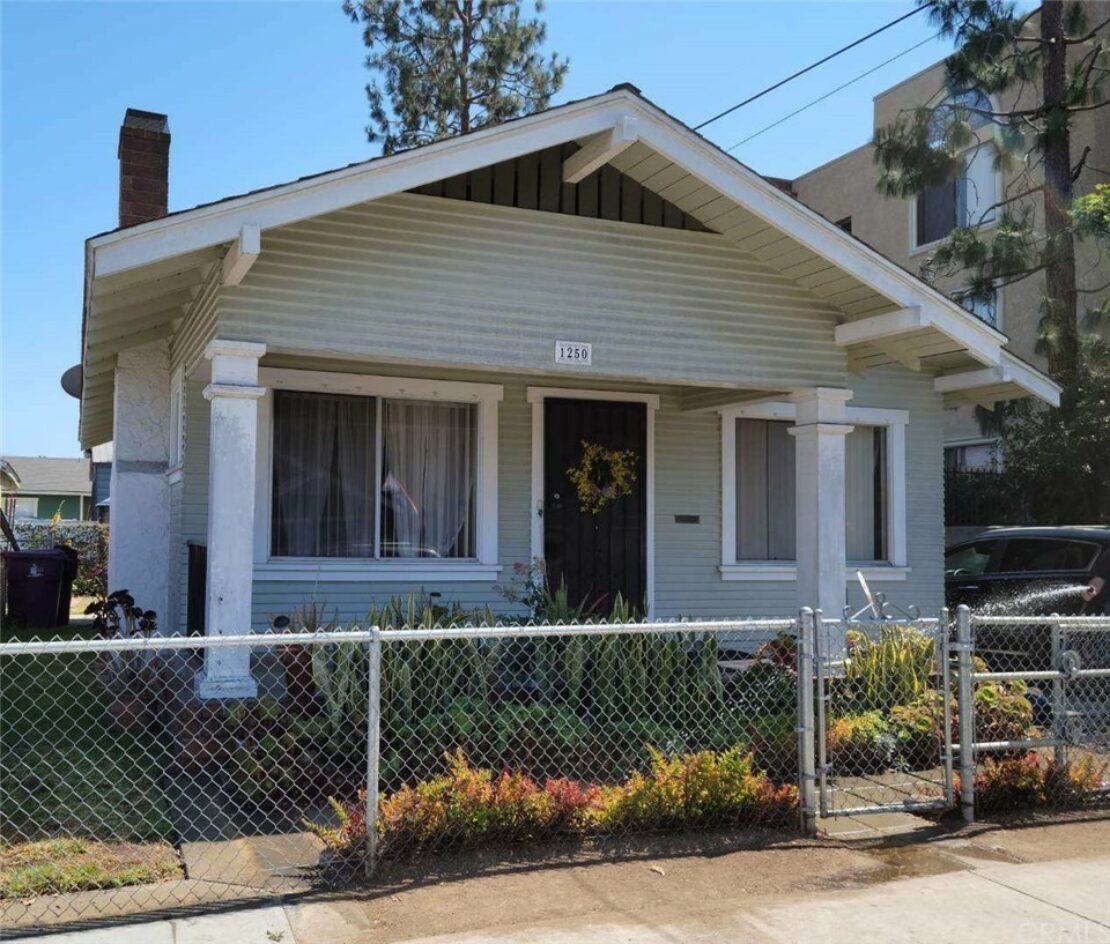 This Craftsman-style cottage in North Alamitos Beach was built in 1918 and still has most of its original features. Listing photo.

The one-bedroom, one bath house has beautiful and coveted built-in cabinets and drawers in the living room and bedroom, a cute and, obviously, little kitchen that just makes a tiny dent in the home’s 744 square feet. There’s a pleasant back yard and, to make things extra cozy, a fireplace in the living room.