A historic Long Beach property once owned by a married couple of famed aviators, Robert and Dianna Bixby—no relation to the pioneering Bixbys of Long Beach—has just hit the market with an asking price of $3,999,999. Throw in another buck to make the paperwork easier.

Dianna Cyrus met her second and last husband Robert Bixby up in the clouds, in the cockpit of a twin-propeller DC-3 in 1948.

It was, realistically, the only logical place for the couple to meet. Both were accomplished aviators with thousands of miles already logged. They were paired up to fly cargo in the DC-3 by an air freight company, and six months later they were married. The new Dianna Bixby— whose first husband, a pilot as well, died on a mission in the Battle of the Bulge in World War II—and her husband Bob spent their honeymoon aloft, taking a trip flying around the world in a converted British Mosquito bomber. 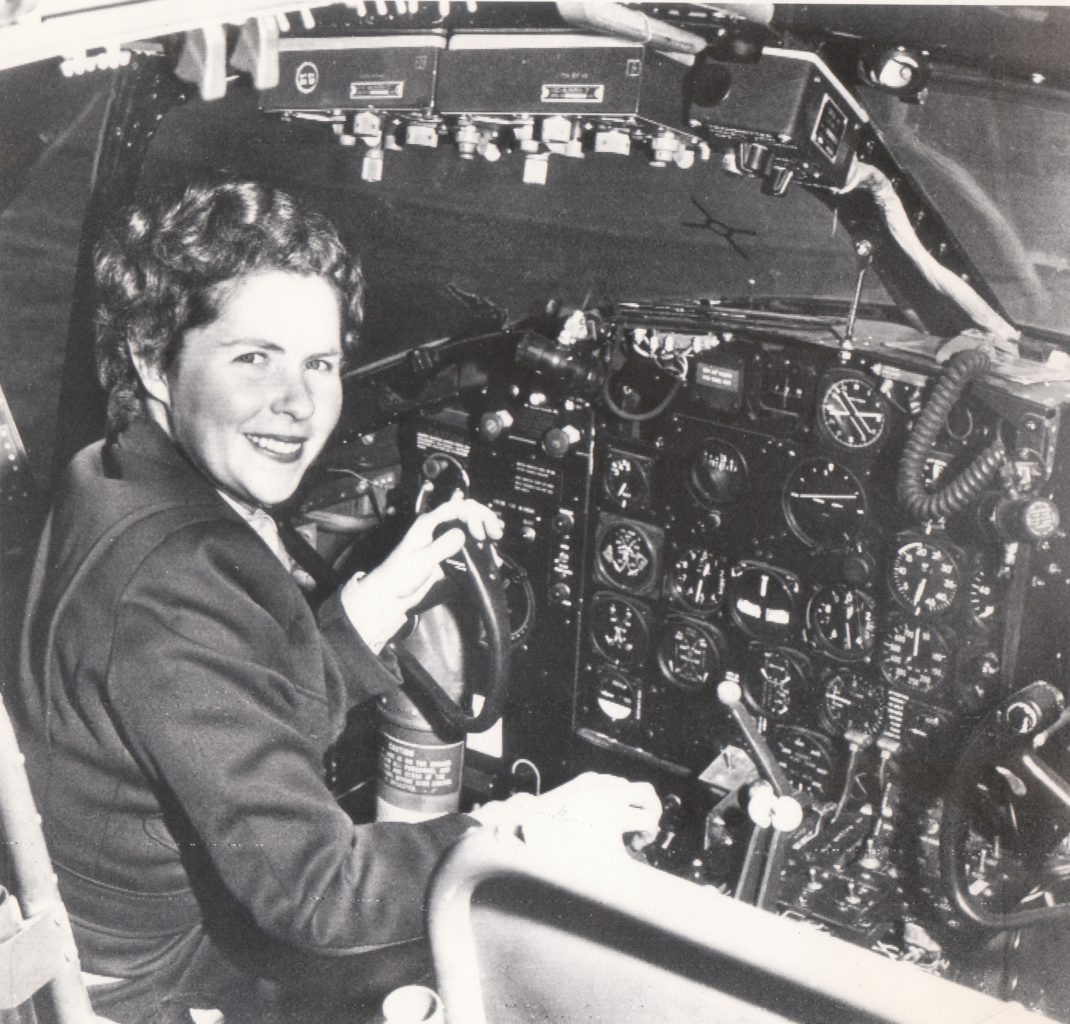 A 25-year-old Dianna Cyrus, before she married Robert Bixby, at the controls of her converted A-26 bomber. Courtesy photo.

In 1950, the couple made a run at a round-the-world speed record, but the quest was thwarted by engine trouble, forcing the plane to set down in Calcutta, India for repairs.

They didn’t set any records, but they continued their global flight, and Dianna, who also competed in speed races and aviation exhibitions, quickly became one of America’s most notable aviatrixes, with her name often and inevitably associated with that of her idol, Amelia Earhart.

In 1949 and 1950, Dianna flew the Newark-to-Boston route for Flying Tiger Air Freight as a captain. At the time, she was the only woman to fly as captain for a commercial airline.

In 1953, Bob and Dianna had opened their business Bixby Airborne Products at Long Beach Airport and were flying produce and fish to Southern California from Las Cruces, Baja California. And they had moved into a large and beautiful home built in 1930 on a third of an acre at the corner of Second Street and Bennett Avenue in the heart of Belmont Heights. 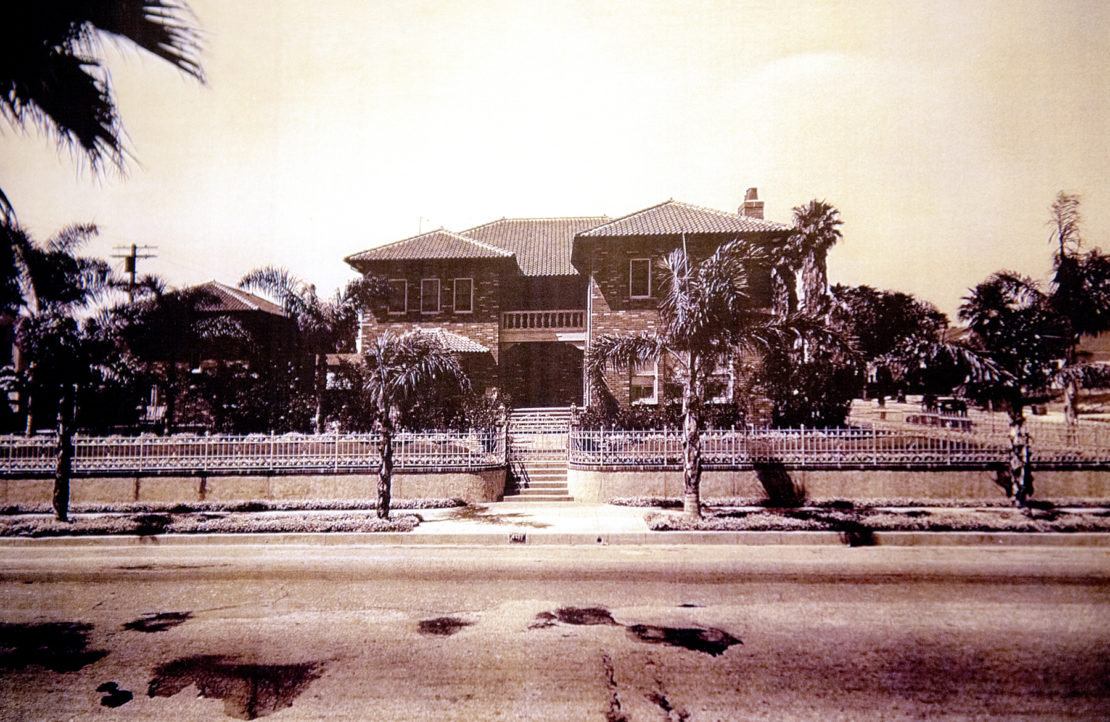 It’s a neighborhood graced by impressive homes in a variety of architectural styles, including Craftsman, Spanish Colonial Revival Tudor, and a smattering of Mediterranean influence, which can be found in the old Bixby place today.

The home, at 4235 E. Second St. has had just two owners in the past 60 years. The current occupants, who have put the house up for sale are Dr. Craig Brown and his wife, Sue, who raised five children in the nine-bedroom, seven-bath house, and now that the youngest is graduating from high school, the couple is relocating to a residence on the Palos Verdes Peninsula.

Listed by Spencer Snyder, the residence is a truly old-school elegant home, with virtually every room, from the bedrooms to the upstairs and downstairs studies, holding at least one impressive piece of antique furniture shipped over from Europe: elaborately carved armoires, gothic cabinets, bookcases, display cases—each, even those tucked away in a guest room, could be the centerpiece of most homes. 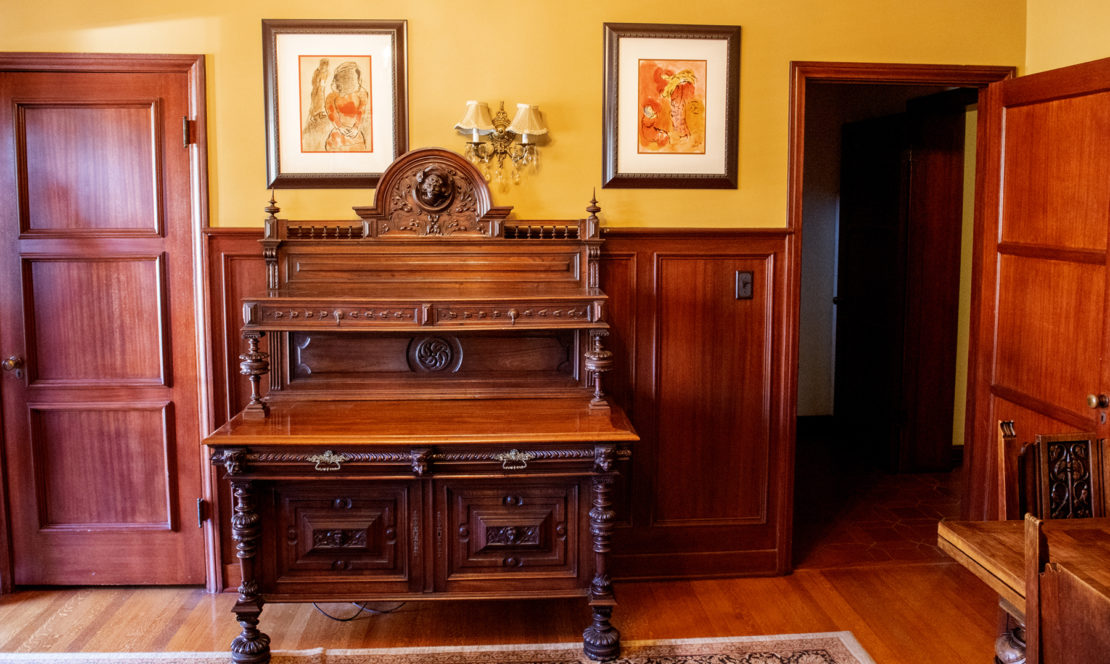 Antique furniture in every room of this Belmont Heights home in Long Beach Monday, March 29, 2021. Photo by Thomas R. Cordova.

Similarly, almost every one of the home’s non-master bedrooms is more lavishly appointed than most houses’ master bedrooms. The collection of antiques borders on staggering. The Browns hope to sell the furniture to the home’s next owner, which would have to add considerably to the home’s current asking price.

The property includes a guest house in the back that could serve as income property. It’s about 900 square feet and includes a kitchen, bedroom, bath and living room.

Another rarity in the house is a full, finished basement which currently holds a pool table and chairs as well as a bathroom and the home’s gravity heating system, which is original to the house.

The backyard features a large slate-bottomed saltwater pool and a koi pond. 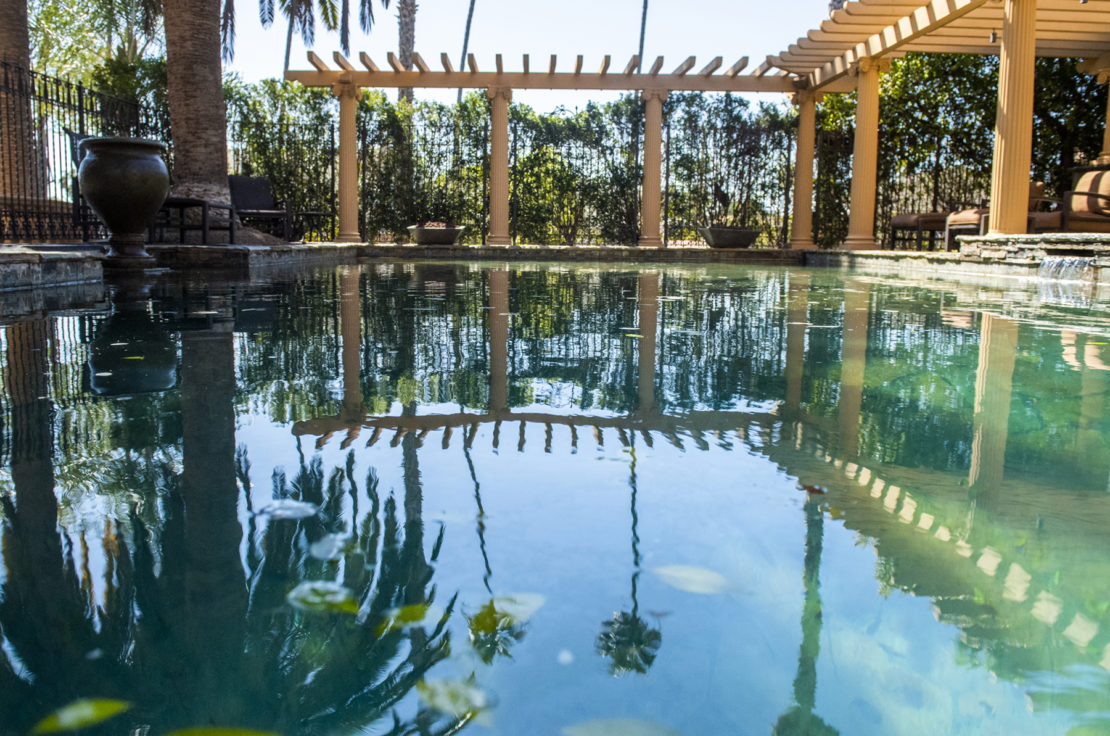 The home’s seven bathrooms are mostly all original save for upgraded fixtures; most have the Art Deco-style tile work lending a bright and sunny atmosphere compared with the dark and masculine stone and granite walls and floors that you’ll find in many modern homes. 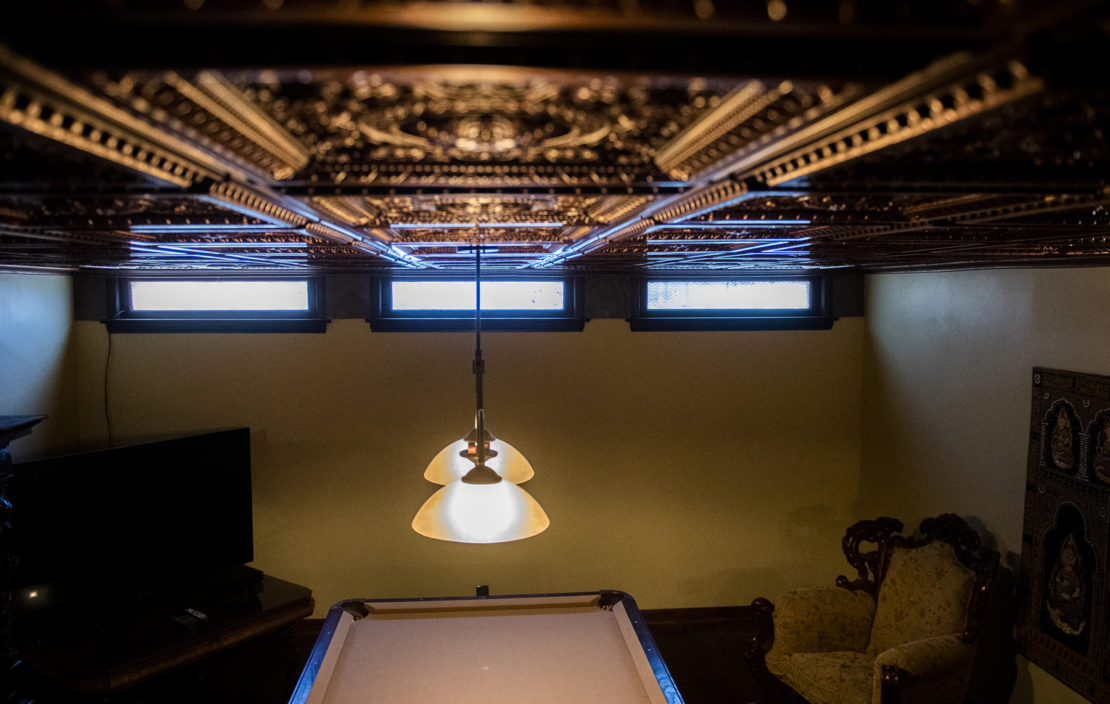 The basement is where you’ll find the pool table in this nine-bedroom 1930s-built home in Long Beach Monday, March 29, 2021. Photo by Thomas R. Cordova.

The house has three upper-floor balconies; two in the back of the house overlooking the grounds and the front one, added by Brown, off the master bedroom, giving panoramic views down the coast, looking out over Belmont Shore.

“When you’re a business owner, you do a lot of pacing,” said Brown. “This is where I do my pacing.”

He said he has mixed feelings about selling the house. “There are a lot of memories in this house. I raised a family here,” he said.

As did Dianna and Robert Bixby, however briefly. The couple’s family included a daughter, Lillian, and three years later, a son, Robert.

Lillian was 5 and Robert 2 on Jan. 2, 1955, when Dianna, 32, and Bob, 41, were flying in separate planes out of Long Beach Airport on a routine flight down to La Paz on the Baja California peninsula to pick up produce.

Well down the peninsula, near their destination, Dianna radioed Bob to say she was running out of gas and was going to attempt to find a place to land. Bob was about an hour behind her and he advised her to locate a field to set down, before he lost radio contact with his wife.

He spent the balance of the day flying over her last known location, but could find nothing and returned to Long Beach, where he set off once again in the morning to continue the search.

A Navy diver, flown in on a Coast Guard plane to assist in the search, brought up Dianna’s body from the converted A-20 Havoc bomber submerged in the rocky waters of the Gulf of California, about 150 yards off the southern tip of Lower Baja.

Her lifeless body had been found still strapped in the pilot’s seat.

Her tragic death was reported on the front page of newspapers across the country.

Dianna Bixby was survived by her husband and their two children, Lillian, 5, and Bob, 2. She was buried in the family cemetery at her parents’ ranch in Santa Paula, where she was born.

Robert died on Oct. 30, 1993 in Sanford, Florida. His obituary in the Orlando Sentinel noted, simply, “Mr. Bixby was a pilot.”