Your home has a history; HouStories will tell you what it is • Long Beach Post News
- ADVERTISEMENT -

The secret lives of houses is what captures Maureen Neeley’s interest. Whether you know it or not, your house has its own history, even if it’s just a regular tract home and you’re only its second or third owner.

Neeley specializes in digging into a residence’s past, and it’s not often an easy task. You don’t  just Google your address and immediately print out your own house’s biography.

There’s more you can discover if you cast a wider net and employ more tools of the house history trade: What was on the land before your house was built? Was it part of some other town or township, such as Alamitos Beach, Zaferia, or Virginia City before Long Beach annexed it? Was it a sprawling sugar beet field? A part of a historic rancho? Is it in a tract that is built on reclaimed marshland? Is there a story behind the name of your street? Do you know how your street got its name? What do you know about its architect or its architecture?

These are all part of the history of your house and they’re questions that interest Neeley, a librarian/historian who runs HouStories, providing stories and histories behind the homes and neighborhoods of homeowners and businesses.

Neeley, a resident of Belmont Heights, has a host of research tools at her disposal, as well as a bachelor’s degree in history from Gonzaga University, and a master’s in library and information studies from UC Berkeley. 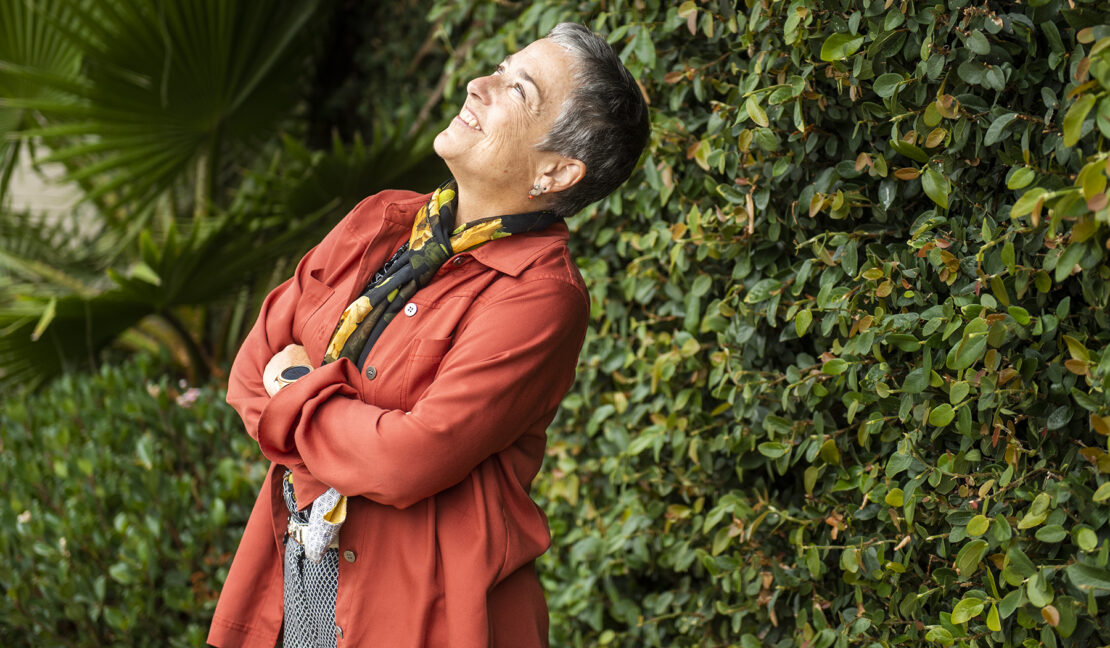 Some of the tools she uses in providing histories of more than 400 properties are fairly common, such as newspaper archives, old city directories (which are marvels in their own right, providing more than just phone numbers of people in town, but also individuals’ occupations and spouse names as well as cross-referencing street addresses), heritage sites like Ancestry.com and various historical archives housed at colleges and universities.

“My main clients are people who have moved to Long Beach and want to know more about their home,” said Neeley.

The COVID pandemic that crippled many businesses, didn’t hurt HouStories at all, she said. “People were at home and just looking at their house and becoming curious about its past.”

There are, of course, stories about homes being haunted by ghosts. Some good, some falling into the ghostly cliche of being merely scary.

“I had a house whose owners said was inhabited by children ghosts that moved toys around,” she said. “Sometimes with ghosts I call in a friend who can free the ghosts—it’s not an exorcism, she just allows them to leave.” But in the case of the child ghosts, the homeowners opted to keep them and let them continue to play with toys.

Some stories are more sinister. Neeley did a history of a home in Carroll Park that was owned by a Jewish family in the early 1930s when the Ku Klux Klan was quite active in Long Beach.

The family was Communist and had been holding a meeting of other Communists at their home one night in 1932 when the Klan showed up with and set up a burning cross on the family’s front lawn and forced their way into the house. They dragged the family, the husband, wife and two children and beat them with rubber hoses and their fists before the police came upon the scene and put an end to the violence, even though, said Neeley, some of the Klansmen were on the force.

The daughter’s name was Malvina Reynolds, who was 32 at the time of the attempted kidnapping. She went on to become a world-famous folk and protest singer. She wrote “Little Boxes,” which became the theme song for the Showtime series “Weeds,” as well as the folk/protest song “What Have they Done to the Rain.” Both songs have been covered by multiple artists over the years, including Pete Seeger, Marianne Faithful, Joan Baez as well as more modern artists, such as Death Cab for Cutie, Elvis Costello, Randy Newman and Rilo Kiley who took turns performing “Little Boxes” for the opening credits on episodes of “Weeds.”

Neeley runs across oddities in the course of her research—and it would be odd, indeed if she didn’t. The house that she’s currently researching in Bluff Park had a closet with a water faucet in it. She found that the home had once been carved up and turned into a boarding house with individual rooms being rented out and the faucet was just a remnant of the era. And there’s no good reason to remove it.

Another home had a safe plastered into the wall and its dial was the only thing that protruded from the wall. Naturally, the homeowners couldn’t help but tear the wall out to get to the safe and whatever riches were inside. As Geraldo Rivera could have predicted, the safe was empty. Neeley discovered that a former owner of the home owned a safe company.

Wasem moved to Long Beach from Iowa in 1904 and bought up a lot of acreage along what’s now Broadway in the Bluff Park neighborhood. He lived in a house he built shortly after his arrival at 2445 Broadway. It has been said that the ghost of Wasem still haunts the house.

Riddle, said Neeley, specialized in Spanish and Mediterranean revival architecture and built courtyard housing like El Cordova in Alamitos Beach. “They were tiny houses, you might have 300-400 square feet and they feel palatial,” said Neeley. “They were full of niches and hallways, they all had a front and back door. When I look at new condos they might have the same square footage but they’re just boxes. I’d love to see his archives if there are any.

Neeley’s research on a home includes information on the events going on in the city when the house was built, its former residents, old photographs and other historical information. She publishes it all in a hardcover book. She gets $1,500 for the book.

HouStories’ other services include researching data to qualify a property as a Historic Landmark or its eligibility for Mills Act, which can save you money on property tax; conducting workshops; doing speaking engagements; offering custom tours of neighborhoods; and providing consulting on an hourly basis.

For info on the service, go to the HouStories website.