What coronavirus pandemic? What sea level rise? Neither the reality of the first nor the daunting prospect of the second put a pause to the buying and selling of pricey real estate in Long Beach in 2020.

A house needed to sell for at least $3.2 million this year to make the list of the top 12 priciest homes sold in Long Beach, whereas last year, a $2.9 million residence could buy its way onto the list.

But the big story is the top of the list. Last year’s most expensive home went for $4.45 million, while this year’s highest price paid was $7.25 million, a mark that could stand for a while, considering there are only two properties currently for sale between $5 million and $6 million. 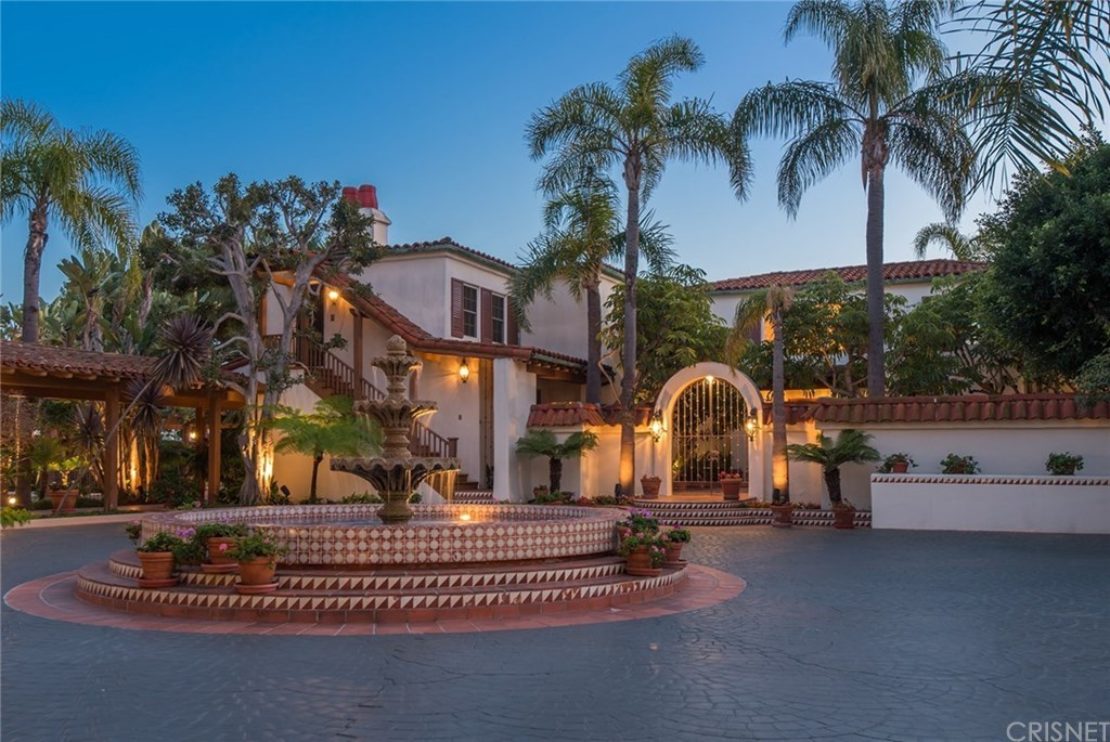 The year’s top-dollar home is a sprawling compound on the beach at the foot of 37th Place near the Belmont Pier. The 7,692-square-foot Spanish Colonial Revival estate features 225 feet of ocean frontage, private stairs to the beach, imported Spanish tile floors, an office-library, an elevator, a koi pond, 100-year-old fountains, a private gated entrance and foot paths that wind through the estate’s 1.28-acre grounds.

As impressive as the sale price is, it was reduced from the initial listing of $11.995 million. The savings alone would be enough to buy the No. 3 home in today’s list.

But first, there’s the second-most expensive home sold in 2020: 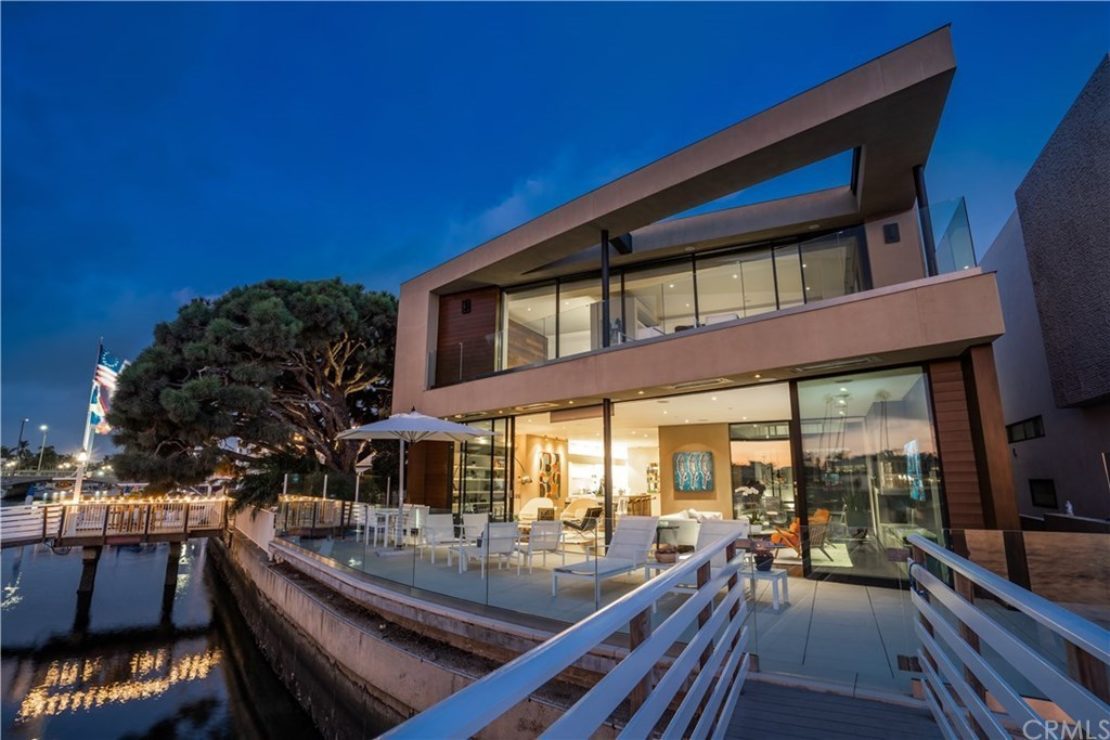 This home, which replaced a not particularly notable Ed Killingsworth house, is one of our architectural favorites. Designed by Atlanta Modernist James Choate, the home’s bold geometric shapes and lavish use of glass makes this house stand out even in the architecturally adventurous Naples Island. Its sharp, triangular roof and upper deck are evocative of a ship’s prow plowing through this nautical neighborhood. One of the home’s former owners was British entertainer Michael Crawford. 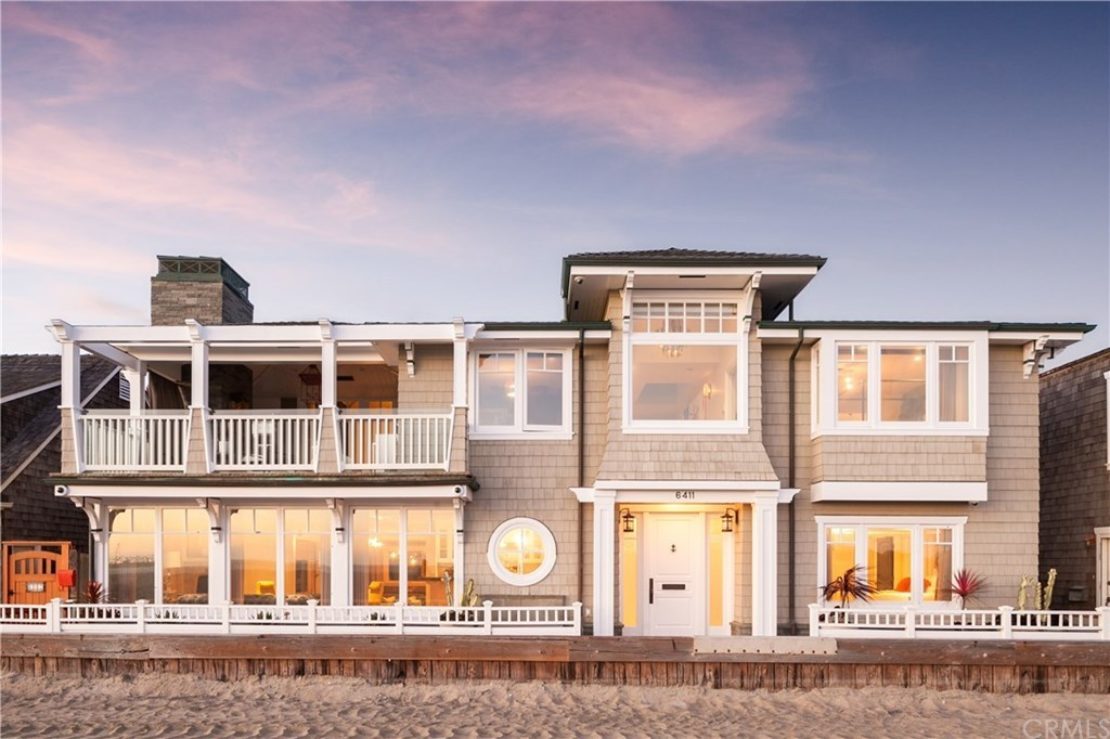 This massive Cape Cod-style home on the ocean side of the Peninsula has 3,609 square feet of living space on a double-wide 4,791 square-foot lot, which allows for a rare (for the Peninsula) large backyard. The four-bedroom, two-bath home fronts on 60 feet of beach and has sweeping ocean and sunset views. 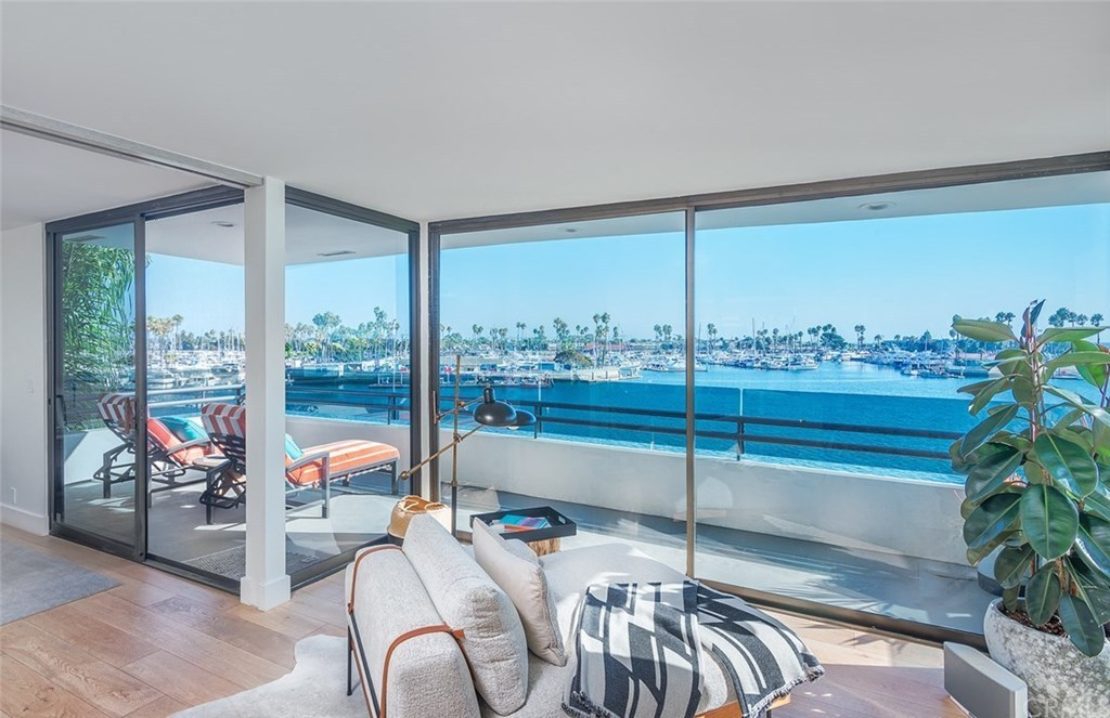 Built in 1979 and subsequently upgraded, this waterfront four-bedroom, four-bath three-story home on the Gold Coast of Corso De Oro on Naples Island has water views from almost every window. Parking problems are erased by the house’s subterranean five-car garage and its boat slip out front can accommodate two large craft. 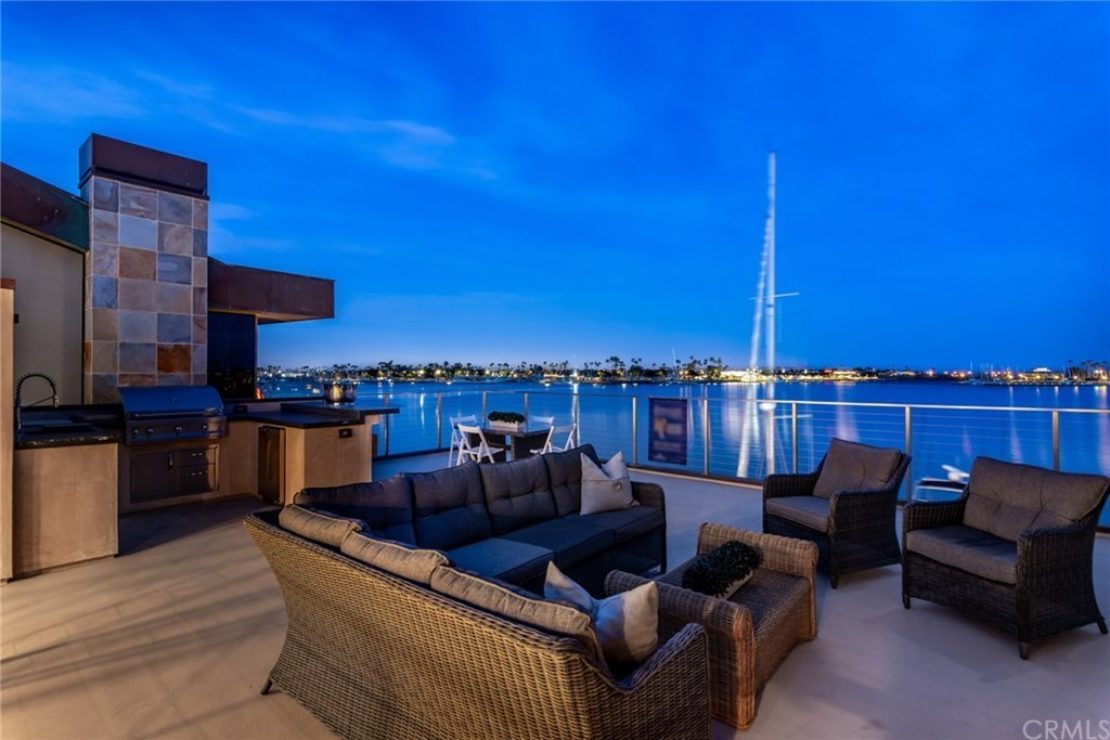 Like the Lido Lane property it’s tied with in terms of price, this home is on a Naples corner, offering maximum water views. The three-bedroom, three-bath home was rebuilt from the ground up in 2017 and features top-dollar finishings as well as a high-end kitchen with a six-burner Viking stove and a Sub-Zero refrigerator. The three-level home is topped with a deck featuring a full outdoor kitchen and fireplace. 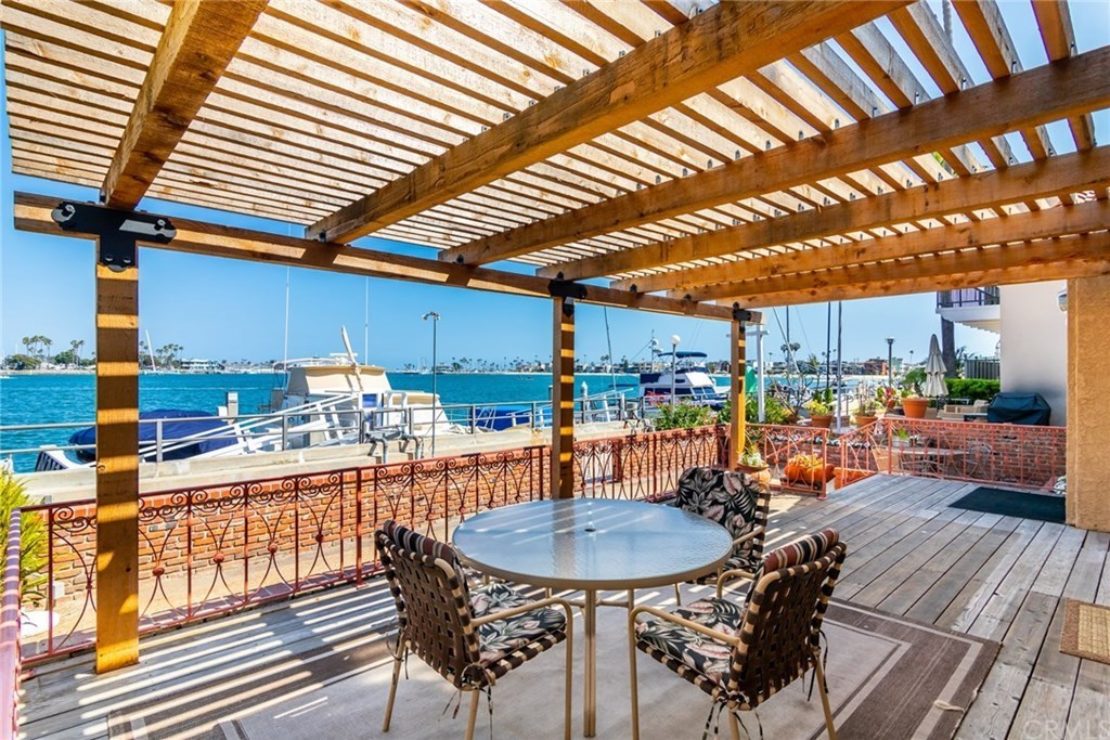 Here, you get a three-bedroom, three-bath Spanish Revival on an oversize lot that will allow you to either add on or tear everything down and build a new custom home. You get long views of the water from the home, or get on the sea with one of the two boats your private dock can accommodate. 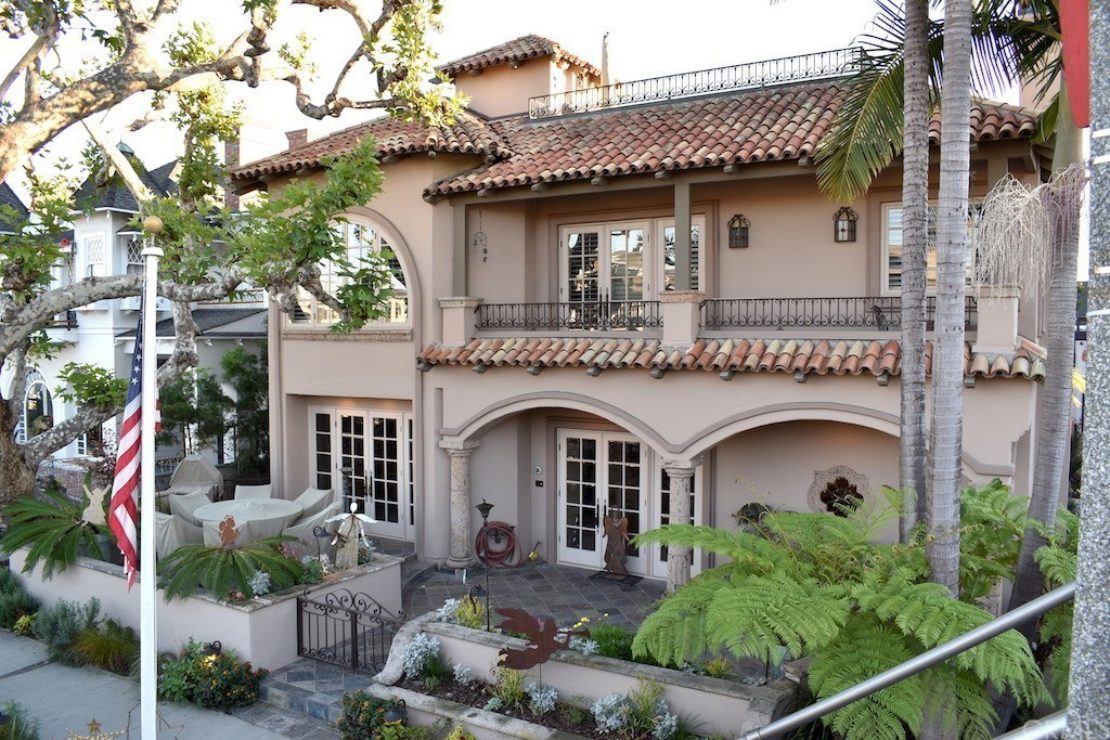 Here’s a classic Naples address, hard by the Neapolitan Lane Bridge. Listed by Keith Muirhead, the three-bedroom, three-bath Mediterranean palace is feature-packed, with a private gated entry, a patio with koi pond and waterfall, a family room with a marble fireplace, and upstairs master suite with a stone fireplace, a waterfront gym and a roof deck with jacuzzi, fireplace and kitchen. 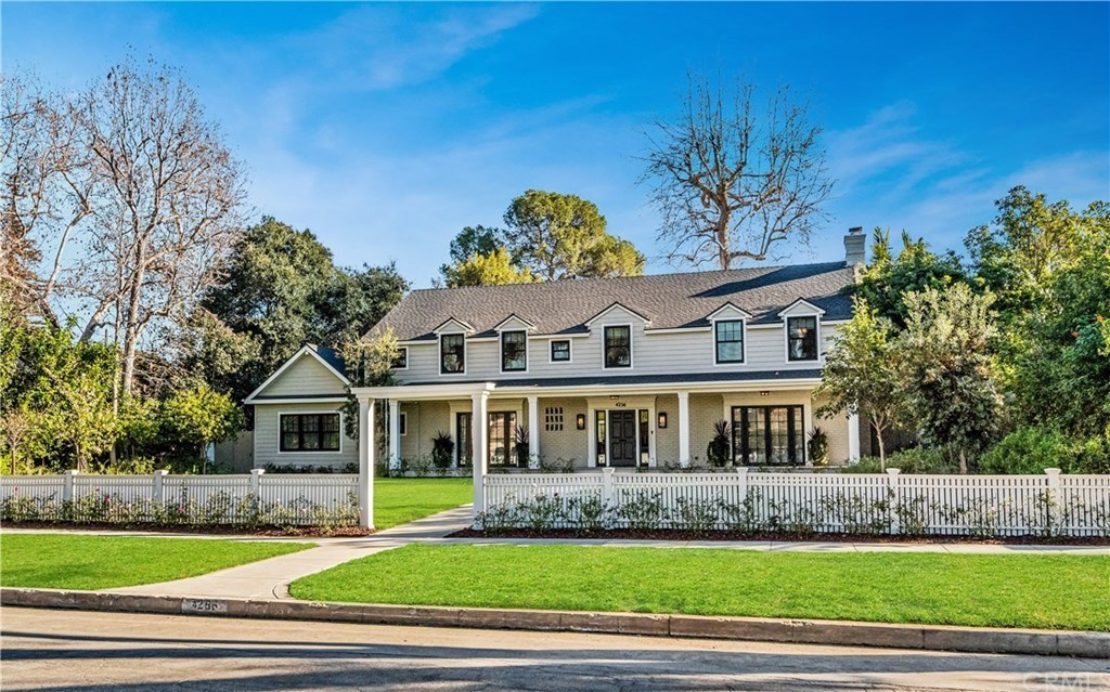 For the second year in a row the elegant, old-money Country Club section of Los Cerritos crashes the Naples/Peninsula party, this time with a stately mansion on a massive 16,100-square-foot lot. The 5,000-square-foot main house has been recently renovated and has five bedrooms and six baths and such amenities as a private office, a wet bar with a built-in aquarium and a new pool with a Baja shelf and spa. The property also features a 660-square-foot guest house with a bedroom and a bath. 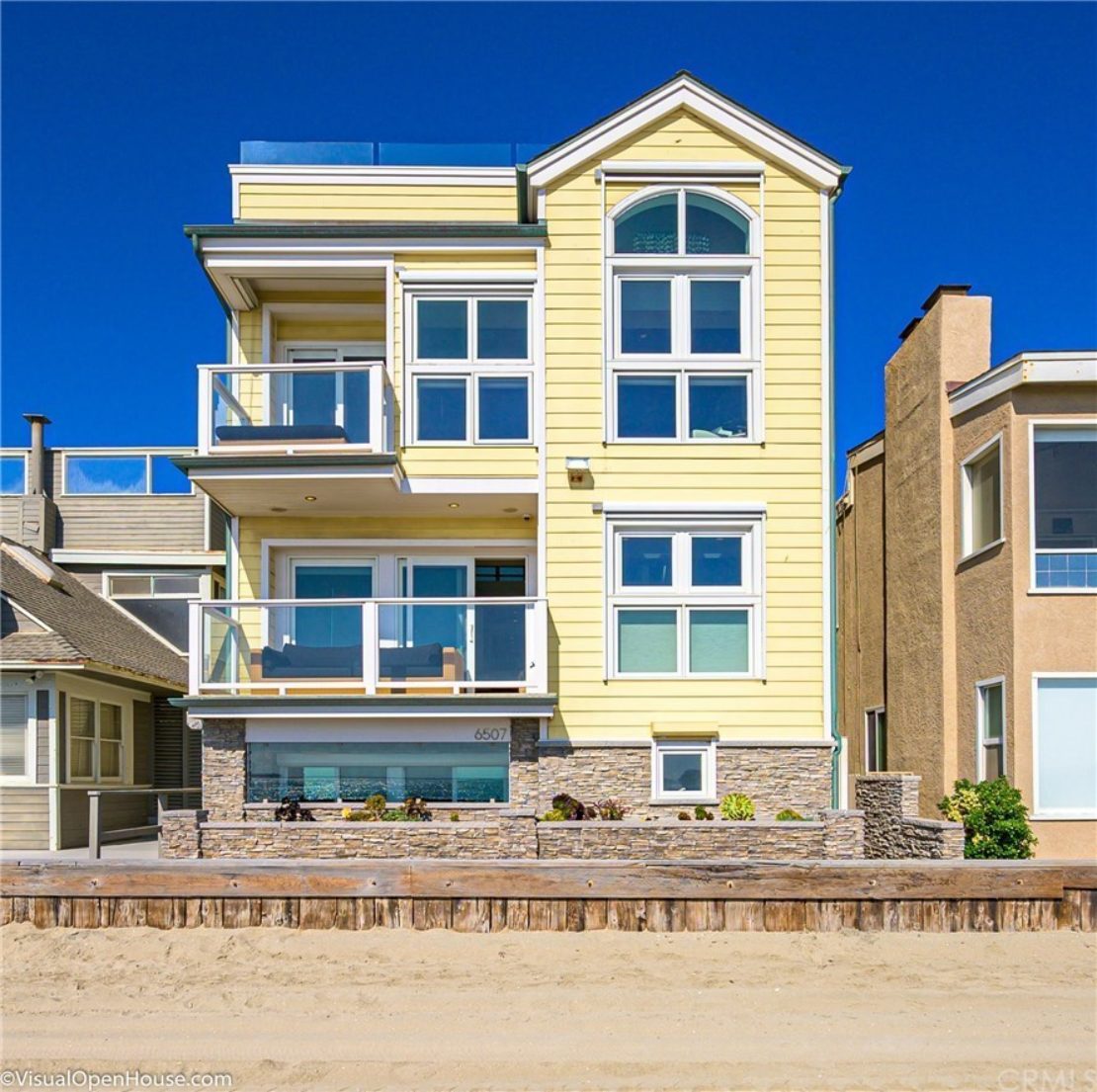 Another Muirhead listing, this casual and fully remodeled beach home is a front-row oceanfront mid-Peninsula property with full ocean views and vistas of Palos Verdes Peninsula and the Downtown skyline as well as unimpeded sunsets. The three-bedroom, four-bath home has parking for five cars and features an elevator that goes from the garage to the roof deck. The master suite has ocean views and opens to an atrium. 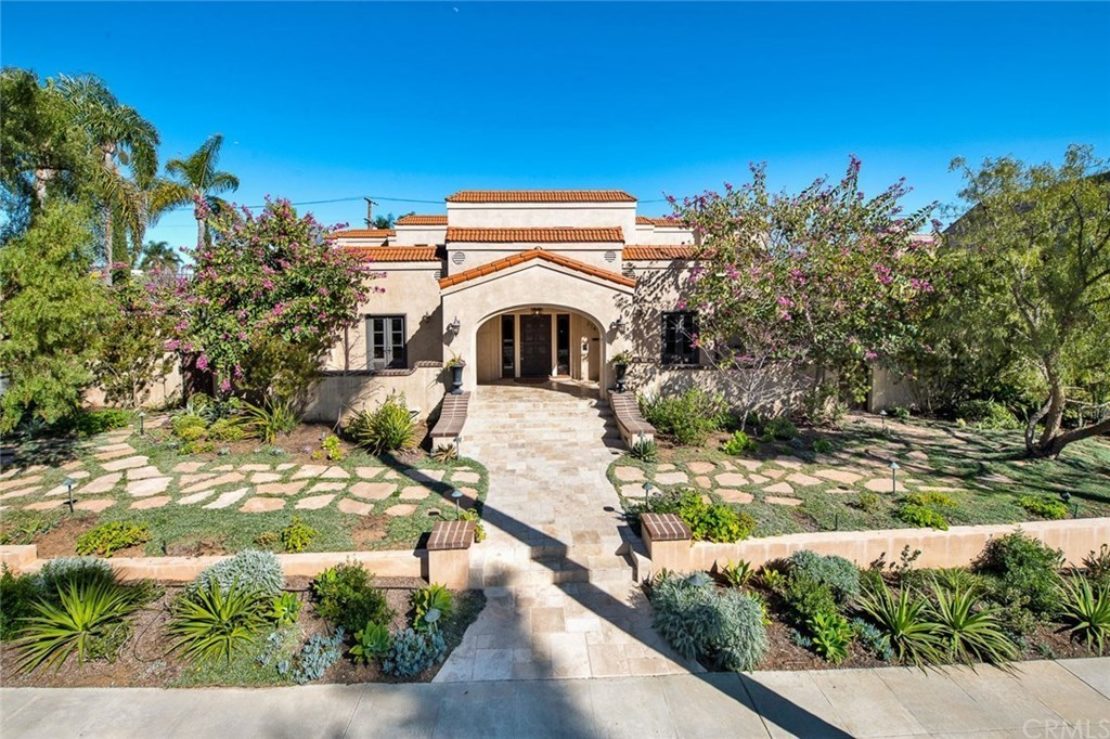 While the huge majority of multimillion-dollar homes in Long Beach are on the water, this Belmont Heights Mediterranean home makes up for being a few blocks inland by being packed with such amenities as newly landscaped grounds, a guest house, a saltwater pool and a full basement remodeled as a 1920s-style club with a performance stage and media room. The 6,627-square-foot home has six bedrooms and eight baths, a piano room and a library/office. The basement alone is worth the price. 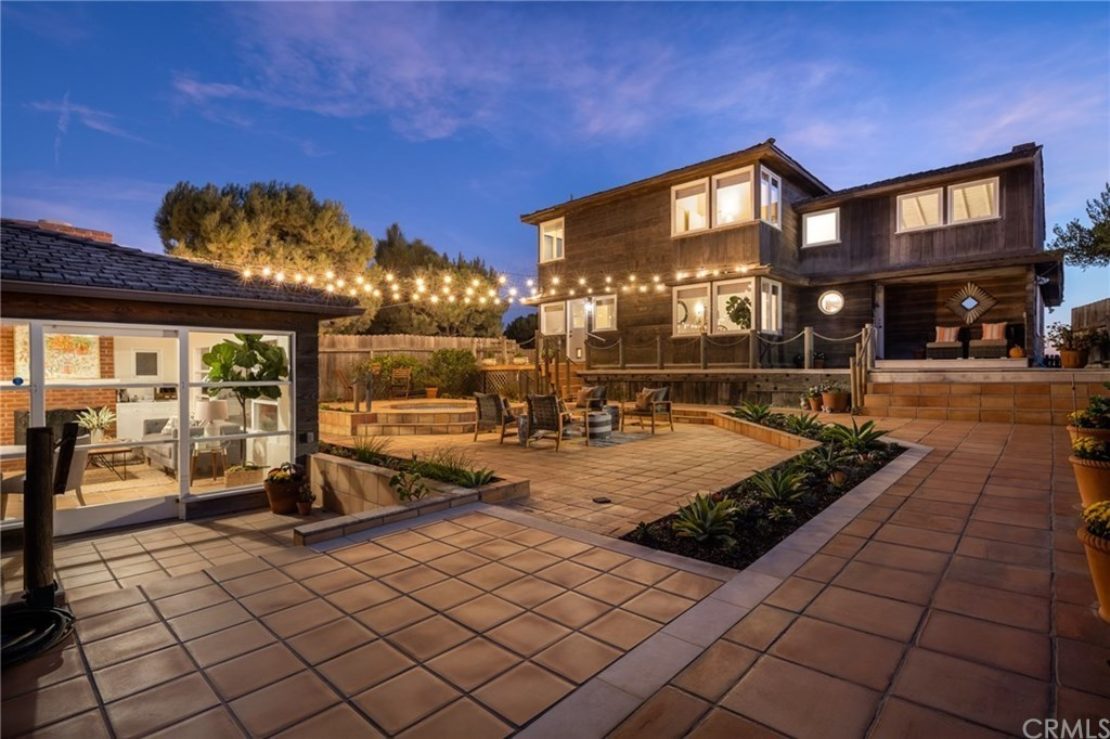 Realtor Ben Fisher broke into the big time with his listing of the historical 1939 Heath House on the beach at the foot of the Peninsula that hit the market for the first time in 2020. The 6,051-square-foot home has four bedrooms plus a loft, two-and-one-half baths, two fireplaces, and a three-car garage with attached living area that could be used for an office, workout space, or play area. There are Alamitos Bay and Pacific Ocean views from every room.