A Long Beach cannabis dispensary will have a less controversial mural painted on it after the city’s Planning Commission approved an alternate design after residents of the Bluff Heights neighborhood objected to the “sexual” nature of an earlier design.

The original mural, approved by the city’s Cultural Heritage Commission in February, showed a large female figure with a butterfly on her finger, but some residents were concerned with the amount of the female’s cleavage shown in the rendering.

Residents said the mural, which was poised to be painted on The Lift dispensary at the corner of Temple Avenue and Fourth Street, was “overtly sexual” and could damage the historic neighborhood.

Since then, representatives from The Lift dispensary reached out to the community after objections to the original mural design were raised, and proposed an alternative design. 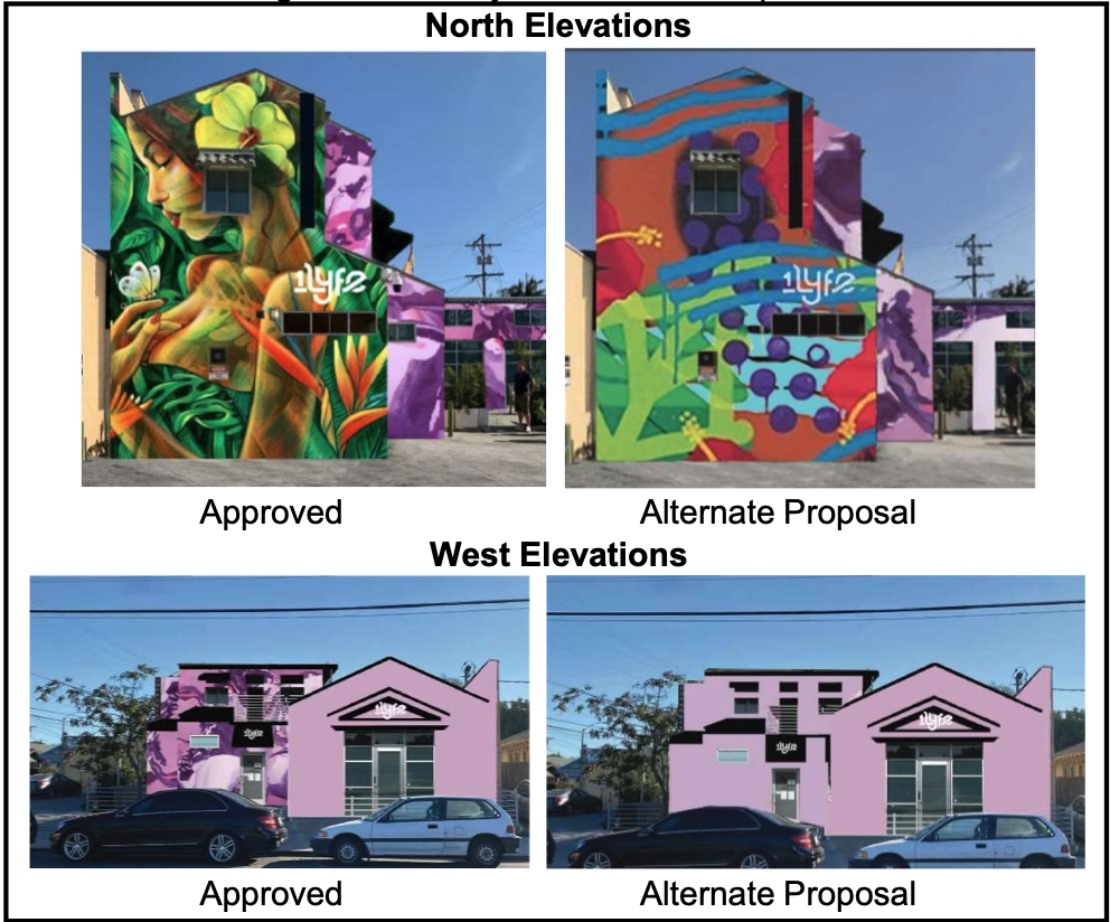 A comparison of the two murals that the Planning Commission considered Thursday May 6, 2020. The commission adopted the versions on the right.

The Planning Commission had the choice of approving either mural Thursday night.

Michael Forrest, a representative from The Lift, asked the Planning Commission to deny the original design in favor of the alternate, stating the shop wanted to “arrive at a design that better suits the neighborhood.”

A separate purple-dominant mural that would have been installed on the west-facing wall of the dispensary was replaced with a plan to have much of that part of the structure painted a muted-purple color.

The couple who had appealed the decision to approve the original design in February did not attend the meeting.