Two playgrounds being installed along the beachside bike path near Bixby Park and Rosie’s Dog Beach are expected to be completed some time between May and June.

The playgrounds are extensions of the concession stand projects at Junipero and Granada avenues, which are upgrading the buildings’ infrastructure and exterior facade. The Granada play area is expected to have an interactive component where children can play with water spouts as it runs through sandy ravines. The Junipero playground has large structures for children to traverse. 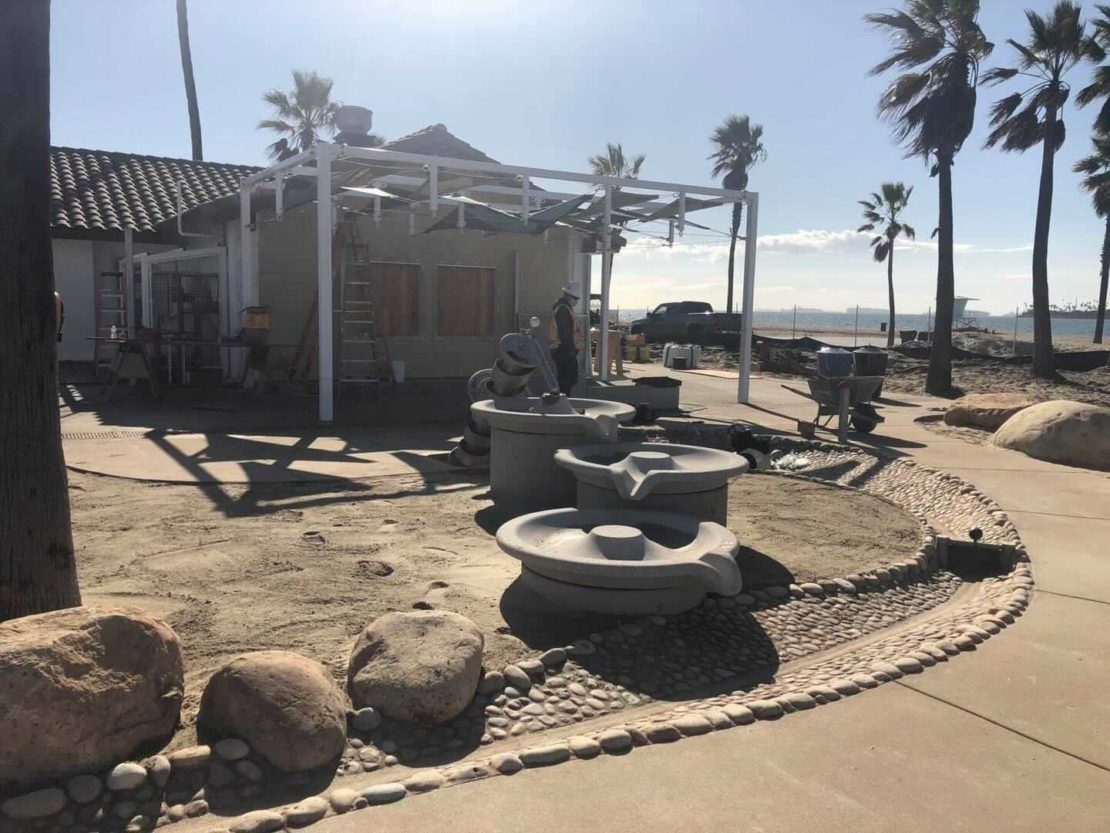 “I believe they will be open by late spring. The playgrounds are going in now,” Price said. “We are very excited.”

The councilwoman said it was still too early to say exactly when the concession stands themselves would be fully operational. The COVID-19 pandemic’s grip on the restaurant industry has made it difficult for city officials to secure vendors to lease the stands to, Price said.

In February last year, the City Council approved a $2.8 million contract to begin the buildout of the Junipero and Granada concession stands as a push to activate the shoreline with an estimated completion date of sometime in summer 2020.

While the project has been delayed in some areas of construction, a full and half-court basketball court and fitness station have already been completed and will be part of the footprint of the Junipero concession project.

The Granada location will also have a fitness station element in addition to the food and dining area but will also include a dog-washing station. The Granada concession stand is located near the city’s only dog beach. 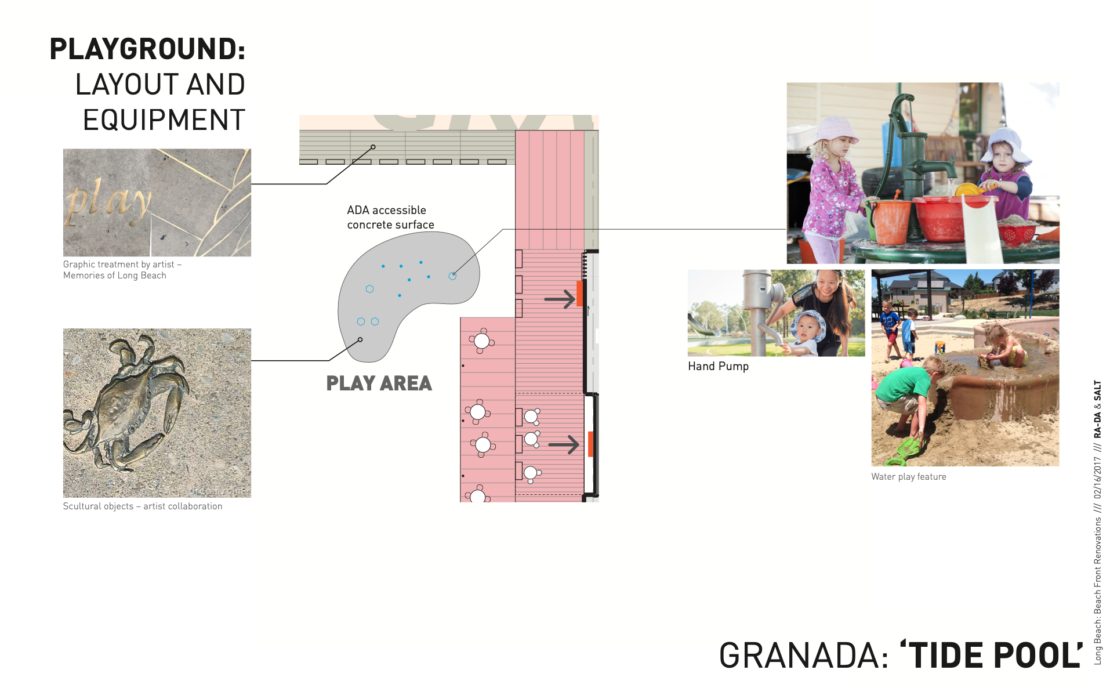 Rendering of the proposed play area being built at the Granada concession stand. 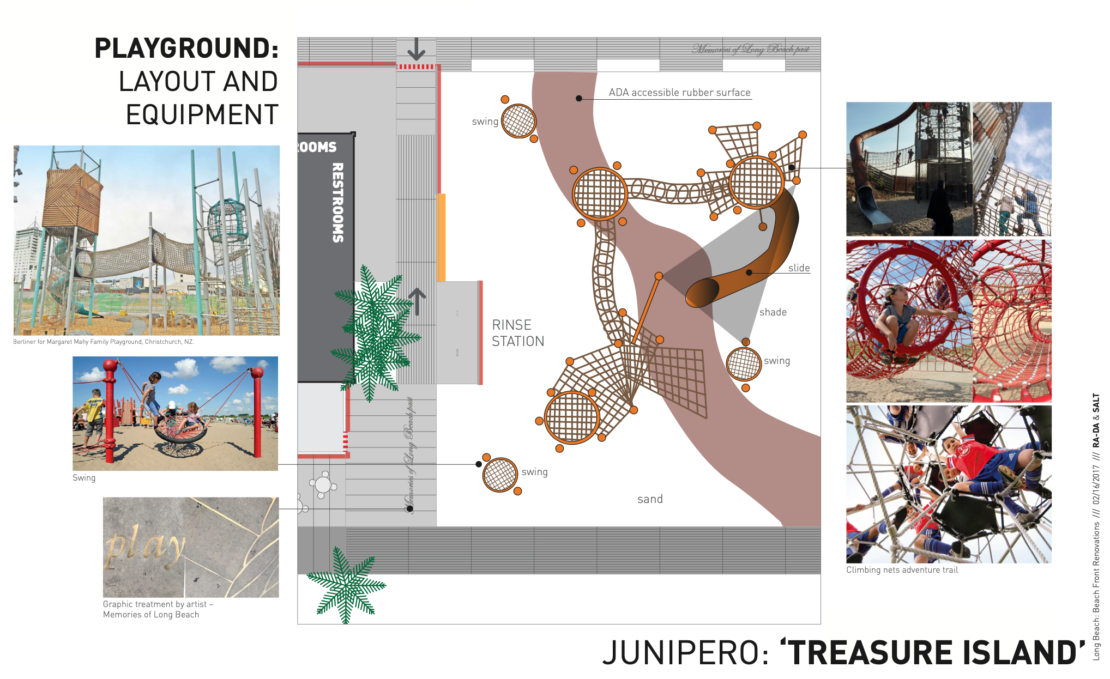 Rendering of the playground coming to the Junipero concession stand near Bixby Park.