Police shot and killed a woman early Friday after officers said she pointed a rifle at them as they responded to a 911 call regarding a man who possibly had a heart attack and a suicidal woman, authorities said Friday evening.

In addition to the woman who was shot, a man was found dead inside the home in the Wrigley neighborhood, though it’s unclear how he died, Long Beach police said in a statement. He was found dead on the bedroom floor with a serious laceration to his neck, authorities said.

The incident began at 5:15 a.m. on Golden Avenue near 28th Street when both police and fire were both called to the scene. 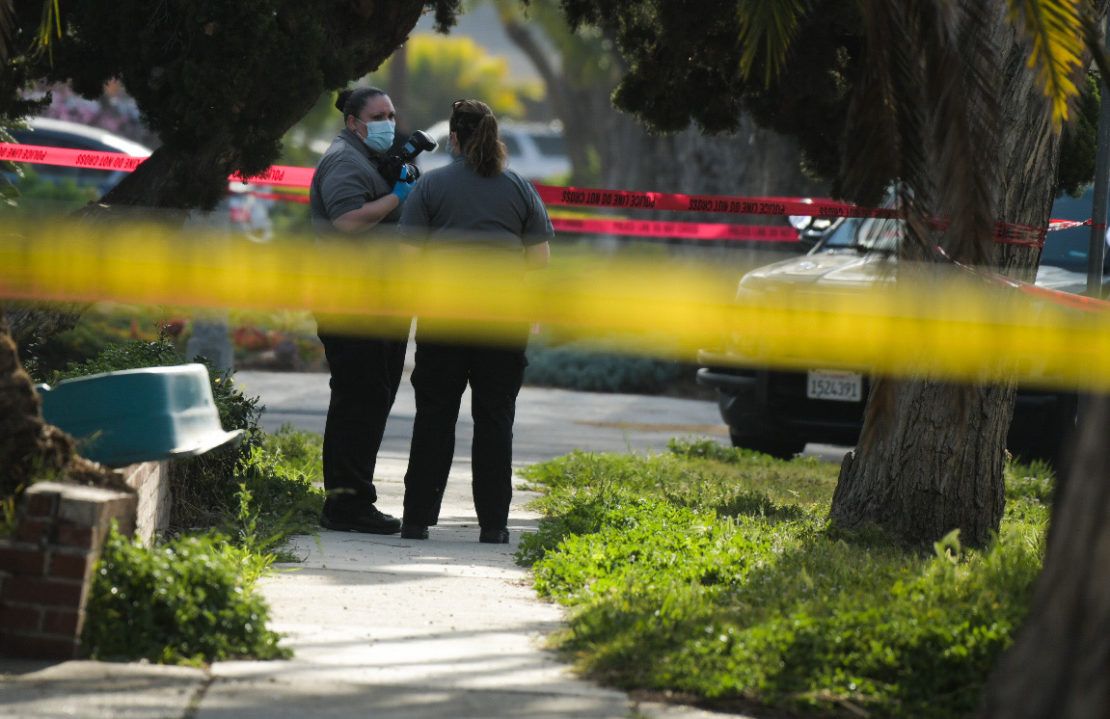 When officers entered the residence, they “observed a large amount of blood,” and “were immediately confronted by a woman with a rifle,” the police statement said.

“Officers quickly exited the residence, set up a perimeter, and formed a plan to de-escalate the situation,” authorities said.

Police said they made several attempts to communicate with the woman and negotiate her surrender, but she did not respond.

At some point the woman arrived at the door, and “officers said they saw the woman point a rifle at them,” the release said, and that’s when officers fatally shot her.

Three officers were involved in the shooting. They were wearing body-worn cameras, and the footage will be reviewed, police said.

The name of the woman and man were not released pending notification of next of kin.

A man at the scene, who identified himself as a roommate of the two deceased people, said they were a boyfriend and girlfriend. Police did not confirm that relationship, but said the man and woman knew each other.

The roommate, who asked to be identified only as Dan, said he was at home with the couple in the early morning hours when the situation unfolded.

Dan said the boyfriend had experienced trouble breathing since yesterday. In the early morning hours, the girlfriend found him unresponsive, according to Dan, who was standing outside the crime scene in just a T-shirt and boxer shorts.

The woman was distraught, he said, presuming her boyfriend was dead.

“She couldn’t live without him, she wanted to die,” he said. Dan said he tried to calm her down but eventually called 911 for help.

By the time police arrived, Dan said, his roommate had grabbed a firearm from her room.

He said he attempted to mediate between her and the police—telling her to put away the gun and telling them she wasn’t a threat—but eventually, his attempts were unsuccessful.

As is protocol with officer-involved shootings, the Long Beach Police Department and the Los Angeles County District Attorney’s Office will conduct independent investigations of the incident.

The coroner will determine the cause of death of the man and woman.

Editor’s note: This story has been updated with more details from police. 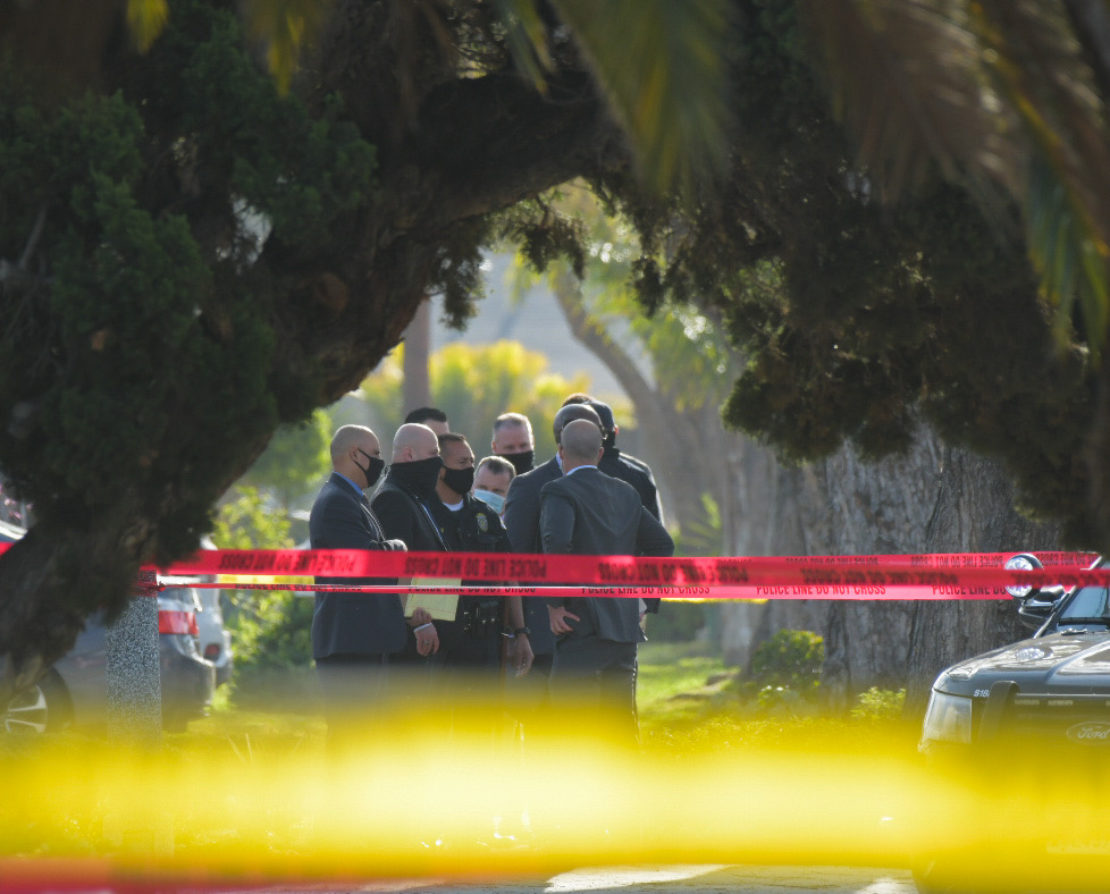 Homicide detectives talk with other LBPD employees after a fatal police shooting on Friday, April 2, 2021. Photo by Thomas R. Cordova. 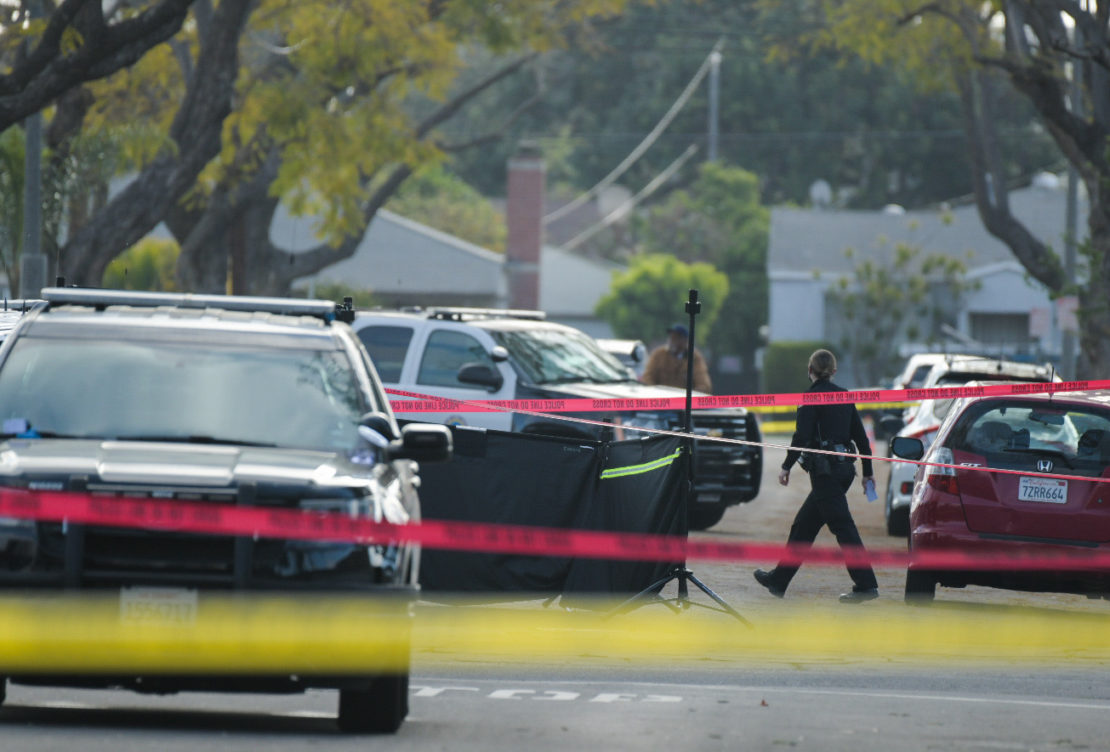 Long Beach Police Department officers at the scene of a police shooting near Golden Avenue and Columbia Street on Friday, April 2, 2021. Photo by Thomas R. Cordova.