Habitat for Humanity teamed up with the Scott brothers to promote housing security in Long Beach.

“The most powerful moment in our shows is when we hand the keys over and we say, ‘You can move in; this is your home,'” Jonathan said. “When the keys are turned over and you’ve now helped steer this family in a future that looks so much safer I think it’s a very powerful thing.”

The Scott brothers have filmed over 550 episodes of the show in which they transform dilapidated properties into family homes.

While the Washington neighborhood project they visited Friday is not yet finished, the houses are close to completion. Habitat for Humanity began the project in March, and they are expecting to move families into the homes by the summer of 2022. 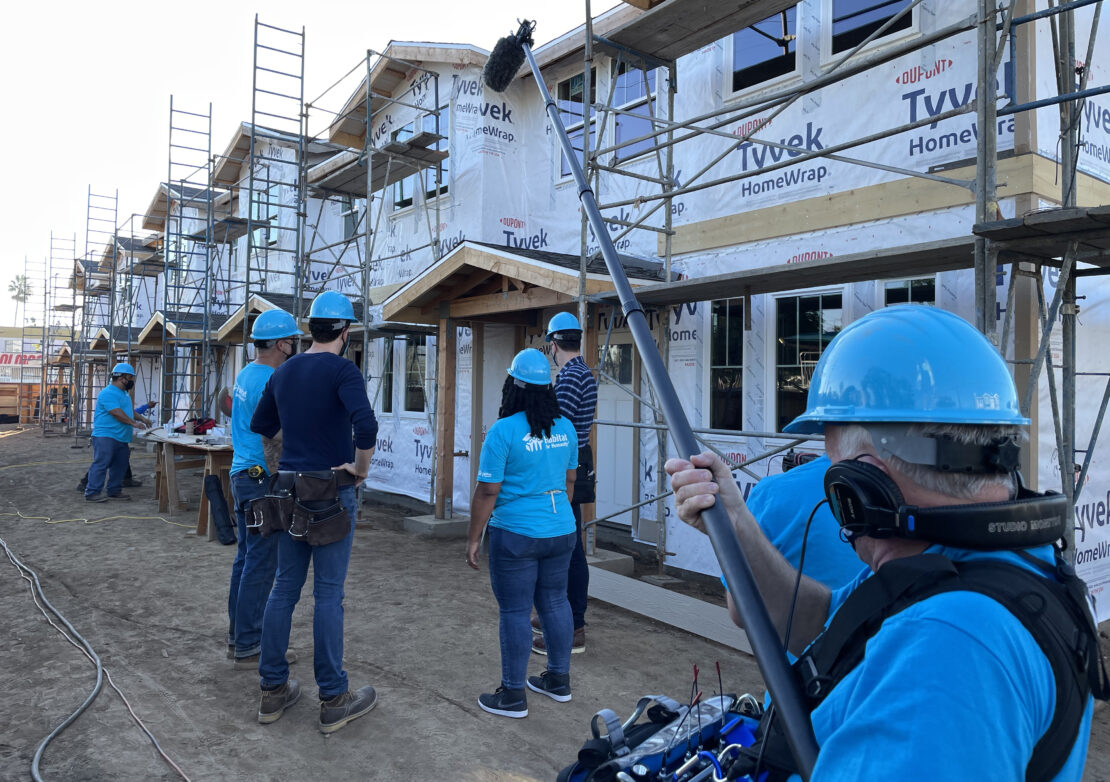 The project site includes 10 homes located at 14th Street and Pine Avenue. Each of the units is two stories with three bedrooms and two bathrooms. Each home features garage space for one vehicle with a shared driveway onto 14th Street.

The homes are designed with environmental-friendly materials such as insulation made out of recycled denim, drought-tolerant yards and solar panels.

The project is located within the Washington neighborhood where many families live in densely packed apartments. Residents in the area mostly live in rental households with less than 7% of the population being homeowners.

The homes are being priced for families that make up to about $96,000 a year, in accordance with the area moderate income for Los Angeles County.

Rank said the Washington neighborhood project reached a milestone as it included the 1,001st home she had built while working with the organization.

“It’s important for me to keep building more affordable homeownership opportunities for working individuals who want to buy a home,” she said.

So far, four of the 10 homes are close to completion. Habitat for Humanity has other projects planned in the Washington neighborhood as part of a large-scale partnership with local community groups to increase safety in the area that began five years ago.

Recently, the nonprofit group installed motion-sensor lights in certain alleys throughout the neighborhood, according to Darrell Simien, Habitat for Humanity senior vice president of community development.