A long-awaited city auditor report has found that Long Beach failed to properly oversee $23 million in critical repairs for the Queen Mary, leading to excessive subcontractor markups, unnecessary projects and overpayment for some work.

Among the concerns, the report found that subcontractor markups in some cases were 40% higher than the original cost, which the city has said is typical of public construction projects.

In all, Doud on Monday said she can’t be assured that the $23 million was spent as intended due to a combination of “missing payment information from Urban Commons and subcontractors and the lack of detail in subcontractors’ vague invoices breaking down labor and material costs.”

“We know the City paid more than necessary for some of the projects due in part to the excessive markups and management fees,” Doud said in a statement. “We do know that only seven of the 27 repair projects were completed and that a lack of sufficient management oversight contributed to these problems.” 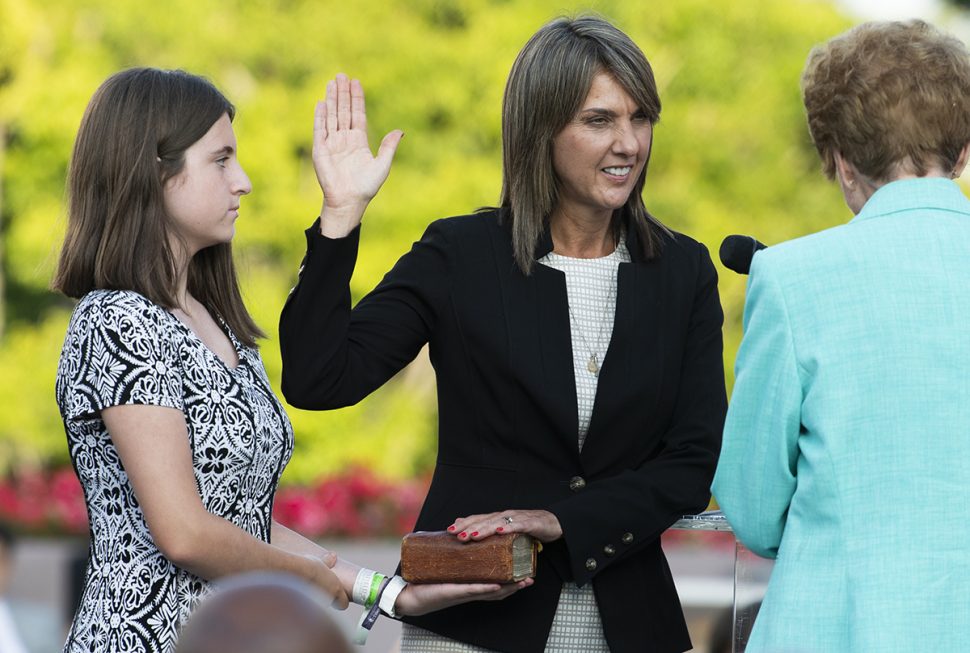 City Auditor Laura Doud being sworn into a new terms at the inauguration ceremony in Long Beach July 17, 2018. Photo by Thomas R. Cordova.

The report included several recommendations for changes in city oversight moving forward, and the city, for its part, has agreed to implement those changes. Meanwhile, Urban Commons is no longer at the helm of the Queen Mary. It gave up the lease in bankruptcy court earlier this year, leaving the city alone to manage the ship for the first time in 40 years.

In a written response to the audit, City Manager Tom Modica said Long Beach is now negotiating a new operating plan as it considers the Queen Mary’s future.

“Urban Commons proved ultimately to be a bad partner who did not meet expectations or operate to the City’s standards and expectations,” Modica wrote. “While the public-private partnership model has been effective at creating strong partnerships with private and non-profit entities at other assets like the Convention Center, Aquarium, ranchos and museums, history has shown over the past 40 years that a new model is warranted for this asset.”

Among the findings in the audit:

Long Beach provided the $23 million to Urban Commons after a long history of deferred maintenance on the ship. The city has owned the iconic Queen Mary since 1967 and for decades leased it to a string of private operators who struggled financially and neglected critical repairs.

The city in 2016 issued $23 million in bonds and Tidelands funds to Urban Commons for 27 urgent projects. The money ran out before most projects were finished and Urban Commons later declared bankruptcy, leaving a barrage of lawsuits and debt.

Doud, who had originally voiced concerns over the city issuing the upfront $23 million payment to Urban Commons, said the city risked its own funds in the deal and ended up having to foot a $2.4 million bond payment last year after the intended revenue from Carnival cruise passenger fees dried up in the COVID-19 pandemic. 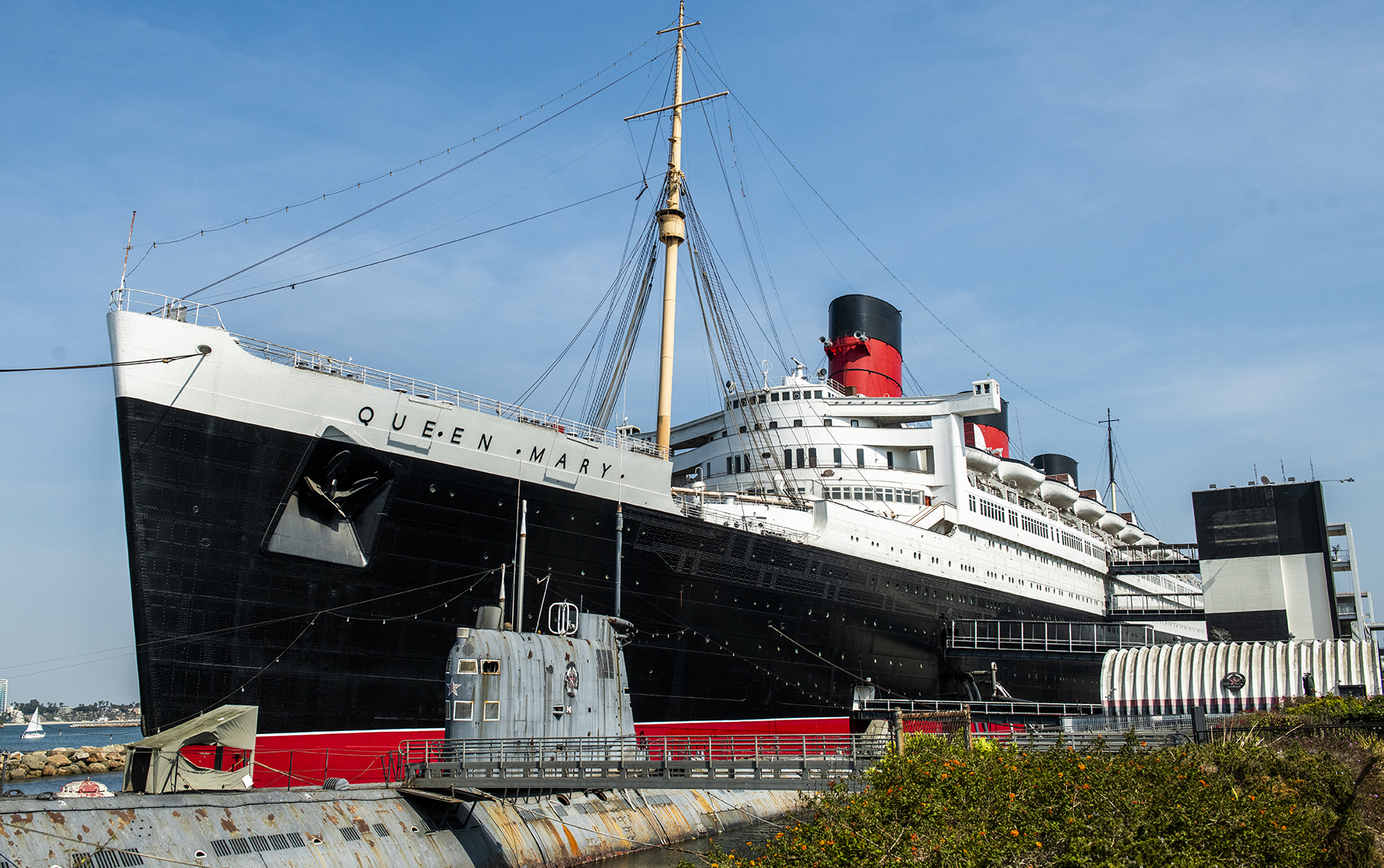 Doud said her investigation was slow because the company didn’t provide some documents and detailed financial records. Previously, she found that the Urban Commons had lied about its payments by asking to be reimbursed by the city for critical repair work before it paid contractors to perform the jobs.

Overall, she said the city will likely never know exactly how the $23 million was spent due to vague and missing financial information from Urban Commons and its subcontractors.

Of the four contractors with the highest billings—F. Roberts Construction; Benson Systems; Industrial Coatings and Fireproofing; and Vendo Oceanwide Repair—only two responded to her audit with more information.

The city in its response said all payments required review by multiple departments. And the city in 2019 began placing Urban Commons in default for failing to provide some financial information and not fulfilling its lease obligations.

The audit’s recommendations include: requiring a competitive bidding process for future work, better tracking of projects against original scopes of work and requiring detailed scopes of work to be submitted by subcontractors.

The city noted that many of Doud’s concerns deal with city practices in using a public model with city project management staff. By contrast, the Queen Mary lease agreement was a public-private partnership in which a private operator takes on the responsibility for performing work and maintenance on a city asset.

Doud in an interview said she disagrees with the city’s assumption that Urban Commons was mainly responsible for oversight, considering the company was using public funds.

“When the city has provided the funding, it’s the city management’s responsibility to ensure the funding is being used as agreed upon,” she said.

Moving forward, the city said it will use a different form of management as it considers the millions of dollars in funding required to keep up the Queen Mary. The city is considering transferring control of the ship to the Harbor Commission, which oversees the Port of Long Beach, but those negotiations could take up to a year, officials have said.

In the meantime, an April report from a city-hired naval architecture and marine engineering firm said the city would need an additional $23 million in urgent safety repairs to keep the ship “viable” over the next two years.

The Queen Mary remains closed as the city considers funding for several safety repairs, including removing corroded lifeboats that are in danger of falling.

Doud said she’s disappointed the original $23 million provided by Long Beach has already been spent while much of the critical repair work has yet to be addressed.