Long Beach’s iconic Queen Mary is closed to the general public as it undergoes critical repairs, but one City Council member and her husband were recently able to spend the night in a hotel suite on the ship as part of a private tour.

Second District City Councilmember Cindy Allen took an extensive guided tour of the ship on May 12 along with four of her staff members, her husband Randy Allen, and a 91-year-old friend who is “interested in historical preservation,” according to her chief of staff Connor Lock.

Allen’s staff went home in the evening, while Allen, her husband and their friend continued to tour the ship while escorted by on-site staff, Lock said in an email.

“As the Councilwoman anticipated the tour might go late into the night, (the city’s Special Events Department) gave her the okay to spend the night on board the ship if necessary,” Lock said. Allen lives about 2 miles away from the Queen Mary in a Downtown high-rise.

City Manager Tom Modica in an email said Allen’s visit was a “unique request that we do not expect to repeat very often,” but was granted “given the council member’s interest to learn as much as possible about the ship.”

“Given her role as an elected official who will be making upcoming decisions about the Queen Mary and the ship’s future, I granted her request and the ability to bring two people to join her on the extended tour,” he said.

Lock said it was a “valuable experience” for Allen whose council district included the Queen Mary up until December when the ship’s Downtown waterfront location was redistricted into the 1st District.

Others see it as an example of a council member getting to use a city asset that’s not open to the public.

“It’s very upsetting,” said Long Beach resident Julieanne Gee, who was days away from her dream wedding on the Queen Mary in March 2020 when the pandemic hit. She said she still has not recouped her nearly $20,000 wedding deposit.

Gee said she feels frustrated knowing that an elected official was allowed to spend the night on the ship when it’s closed to the public and those who have lost money have yet to see a remedy.

“It feels like a slap in the face when over the past two years I’ve been trying to just get anyone to respond or give me some type of guidance,” she said. “At this point, it’s beyond money.”

City officials have said they are looking into solutions for some of those who have lost deposit money, but so far, most have yet to recoup their losses. 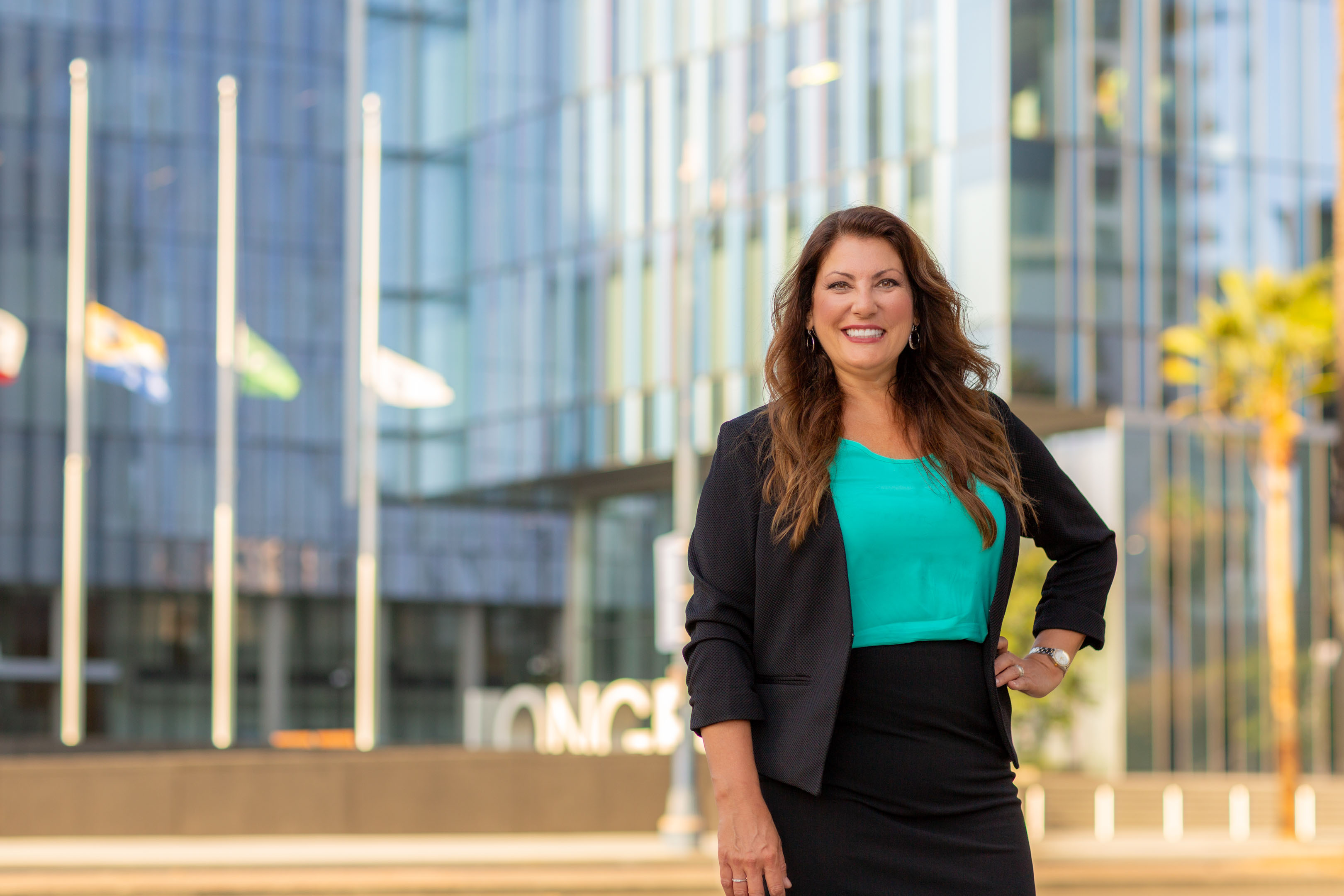 The Queen Mary initially closed in early 2020 in the pandemic, but it has since remained closed to the public while the city works on safety repairs for the aging vessel. The ship in the meantime has been open as a filming location, but it is unclear how often the city grants private tours and/or overnight stays in hotel suites.

The Long Beach Post has filed a public records request for more information on all special events held on the Queen Mary over the past year but has not yet received the records.

Modica said there was no additional cost to the city for Allen’s visit and she “brought all her own supplies for the tour and the stay.” He said Allen went through the city’s process for special events, which includes signing a liability release and a requirement that guests be escorted at all times while touring the ship.

Modica said the city uses a private company for escorting guests at a cost of $500 for 12 hours, which Allen will pay out of her own pocket.

This was the second private Queen Mary tour for Allen, although she did not spend the night on the previous tour, Lock said.

Allen declined interview requests, instead providing written answers to some questions through Lock. It was not clear what justification she used to seek permission for her husband, a retired Long Beach police officer, and their friend to stay overnight aboard the ship as part of the tour.

“This tour was so informative and I think every elected (official) should do it and learn more about the ship,” Allen said in a statement. “I am inspired and committed more than ever before to save the ship. She is the icon of our city and as long as I serve the city as a Councilwoman, I will be a champion of the Queen Mary.”

Long Beach owns the Queen Mary but for decades leased the ship to a string of operators who were liable for special events. The city took over operations of the ship last year in the bankruptcy proceedings.

Long Beach will have to make tough decisions for the ship’s future as it faces millions of dollars in repairs. A report released in 2021 from marine engineering firm Elliott Bay Design Group said the ship would need $23 million in urgent safety repairs to stay “viable” over the next two years, while a marine survey in 2016 found that the ship would need around $289 million in repairs.

The city is now working on about $5 million in larger, critical safety repairs for the ship with the hopes of reopening this fall.

“We expect the ship to be open to the general public by the end of the year so that everyone can again enjoy the ship,” Modica said.