After nearly a year of meetings and public testimony, the Long Beach Independent Redistricting Commission unanimously approved a new map Thursday night that will lock in City Council district boundaries for the next decade and force two council incumbents to make decisions about their political futures.

The commission made the ultimate selection from one of the two maps it had advanced to its final meeting Thursday. There were some last-minute pleas from community members to make changes to the maps, but the commission was limited in the types of changes it could make at the final meeting.

Small technical changes were allowed, but anything significant or the introduction of a new map would have triggered the need for an additional meeting to comply with city charter rules that require maps to be available to the public for at least a week before being a commission vote.

The commission’s 13-0 vote ends the redistricting process but could begin a new chapter potentially including lawsuits and a special election: Two council incumbents—Cindy Allen and Stacy Mungo Flanigan—were drawn out of their districts. Additionally, some groups have threatened a lawsuit to block the map from being implemented due to alleged dilution of Latino residents’ voting power.

Nevertheless, commissioners were grateful to come to a consensus on a map that was formed through months of public input and several long meetings that ended well after midnight. The new map takes effect in 30 days.

“It’s time for us to heal as a city, move forward, and work across district lines,” Commissioner Frank Gutierrez said after the vote.  ”It doesn’t matter what district you’re in, we can all work together to make a difference for our city.” 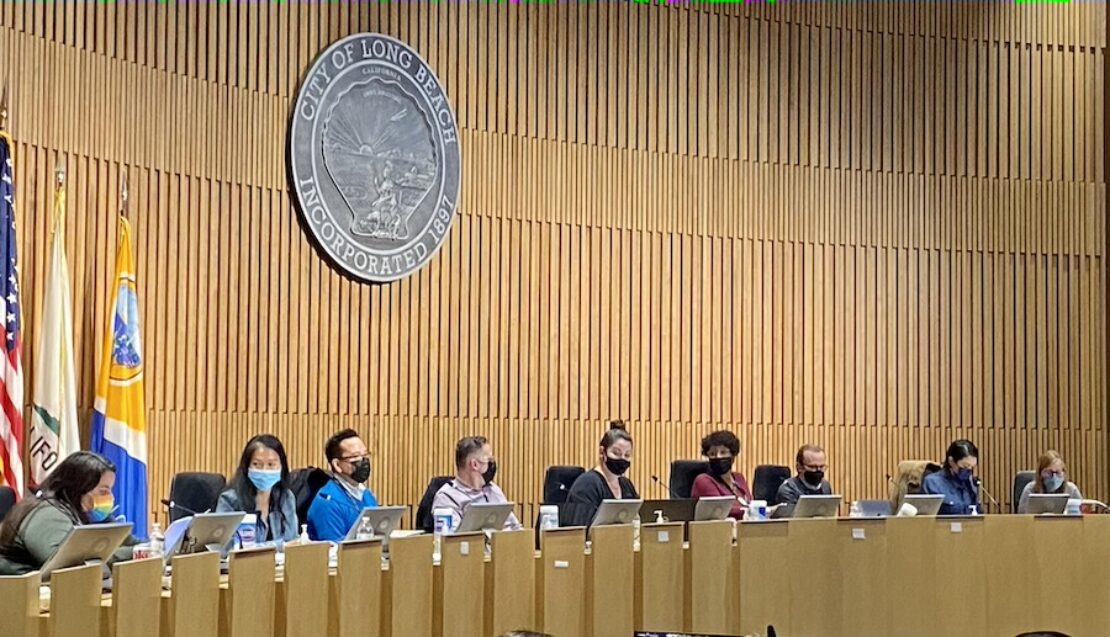 Under normal circumstances, the commission would have had six months to complete its work, but due to the late release of U.S. Census data, it had a little less than three months to approve a map.

While the commission was pressed for time and was accused of making a hasty decision by approving a map Thursday, Commission Chair Alejandra Gutierrez defended their work, stating that the commission balanced a lot of the requests it received.

Gutierrez said the commission was able to unite the city’s Cambodian population and preserve its historic Black core in Central Long Beach, among other neighborhood unifications. Gutierrez questioned if more time would have led to a better map.

“If everyone leaves here kind of mad, we did a good job,” Gutierrez said after the vote. “There shouldn’t be a clear winner here.”

One of the most aggressive last-minute pushes for change came from a coalition of Latino groups who said that the maps under consideration by the commission diluted the Latino vote. They vowed to sue.

The suit that could be filed would primarily target the city’s 1st District, where four out of the last five council members were Latino. The map includes five districts where Latinos are the largest eligible voting bloc, one more than the previous map that was in use since 2011.

The 1st District remains 53% Latino in the adopted map, with the ethnic group comprising the largest eligible voter population in the district, but it also puts Councilwomen Cindy Allen and Mary Zendejas into the same district—potentially setting up a head-to-head race. 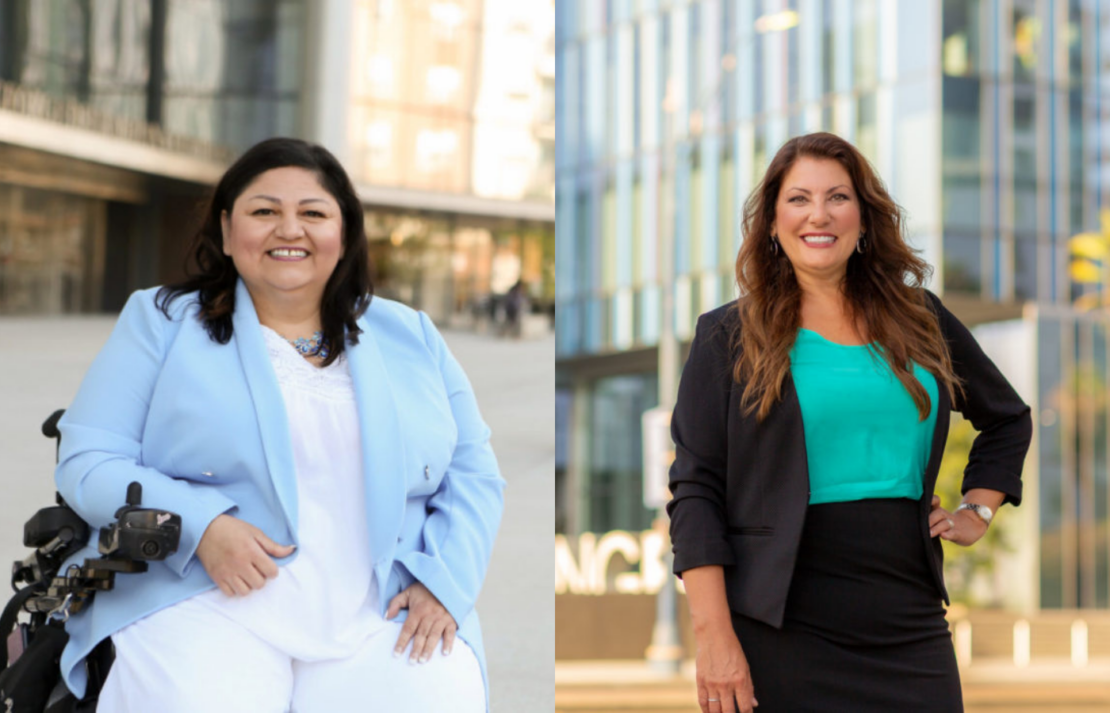 Zendejas’ seat is up for election in 2022 and Allen, who now lives in the new 1st District, has not ruled out running against her.

A letter forwarded to the City Council from the City Attorney’s office Thursday explained the different scenarios that could play out under new maps, including the possibility of a race between Allen and Zendejas.

In a newsletter to constituents this week, Mungo Flanigan said she has a home in Cal Heights, which is now part of the new 5th District, but moving would be a big decision that would be made once the lines were finalized.

“I’m proud to be your Councilwoman and I’m proud of what we have accomplished and I know there is still work to be done,” Mungo Flanigan wrote. “I also am a mom, a wife, and a public servant in my full-time job, and all factors need to be considered.”

[Editors note: The Long Beach City Charter says that the map takes effect immediately but the charter may be in conflict with the California constitution so the new map will not take effect until 30 days after adoption. The story has been updated to reflect that.]

What happens if an incumbent City Council member is drawn out of their district?