Long Beach on Thursday will unveil a new rainbow-colored lifeguard tower to replace one that burned down on the beach where it served as a symbol of LGBTQ+ pride.

The tower, which will be dedicated at a 5 p.m. ceremony on the beach near 12th Place, will be painted by the city’s lifeguards, just like the last one was.

“I’m very proud to see our lifeguard tower back as a symbol of inclusion and love,” Mayor Robert Garcia, the city’s first openly gay mayor, said in a statement.

Garcia was quick to denounce the March blaze as an “act of hate.” Since then, investigators have determined the fire was arson, but any motive remains under investigation, according to the Long Beach Fire Department.

“A fire was purposefully set and as a result, the tower burned down,” LBFD Capt. Jack Crabtree said, but investigators are still trying to determine whether the blaze was lit with the intent of burning down the tower. 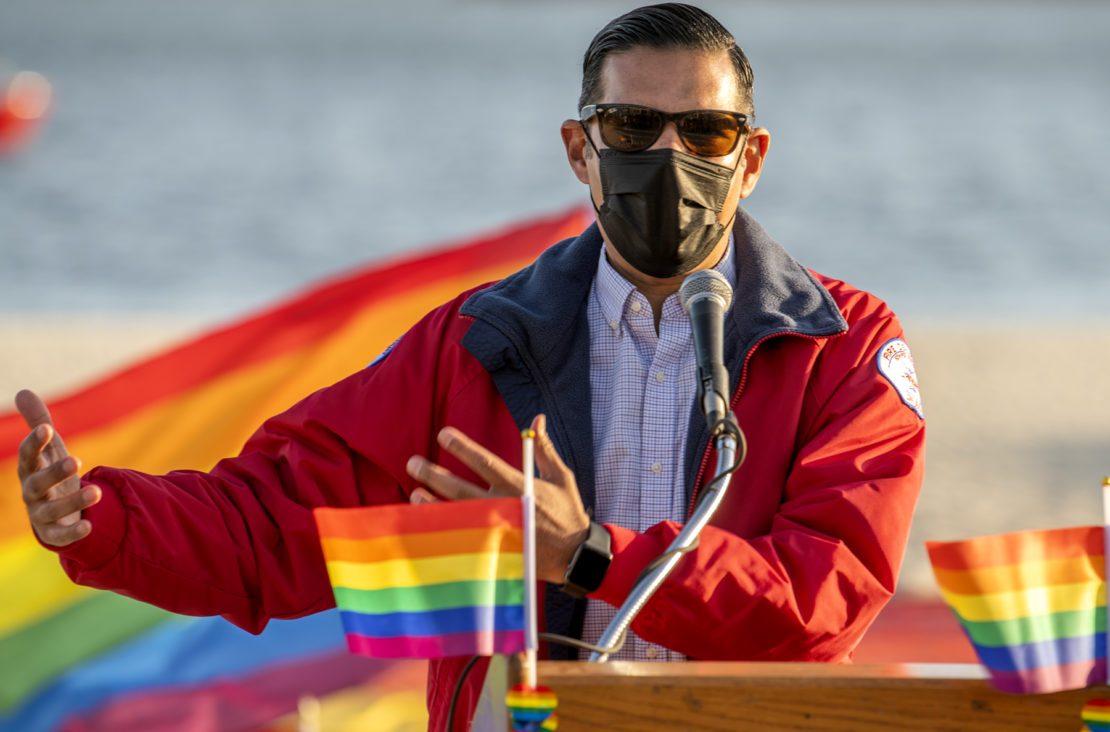 Long Beach Mayor Robert Garcia speaks at a Unity Rally in support of the LGBTQ+ community at the site of the rainbow lifeguard tower after it burned down. Photo by Thomas R. Cordova.

Fire investigators know the fire was lit by someone, in part, because there were no electrical or heat sources in the tower, the city said in a statement Monday afternoon.

Now, the LBFD is continuing to review “various witness statements and track down other leads,” the city said. “This process is time-intensive and requires due diligence to make sure the cause of the fire is carefully determined and that all laws are followed in the process.”

At least at first, there were no witnesses to the blaze’s origin, which started just before midnight on March 22, according to a Fire Department incident report the Post obtained through a public records request. Authorities were alerted to the blaze when a marine patrol officer spotted the flames from the Belmont Pier, more than a mile away. 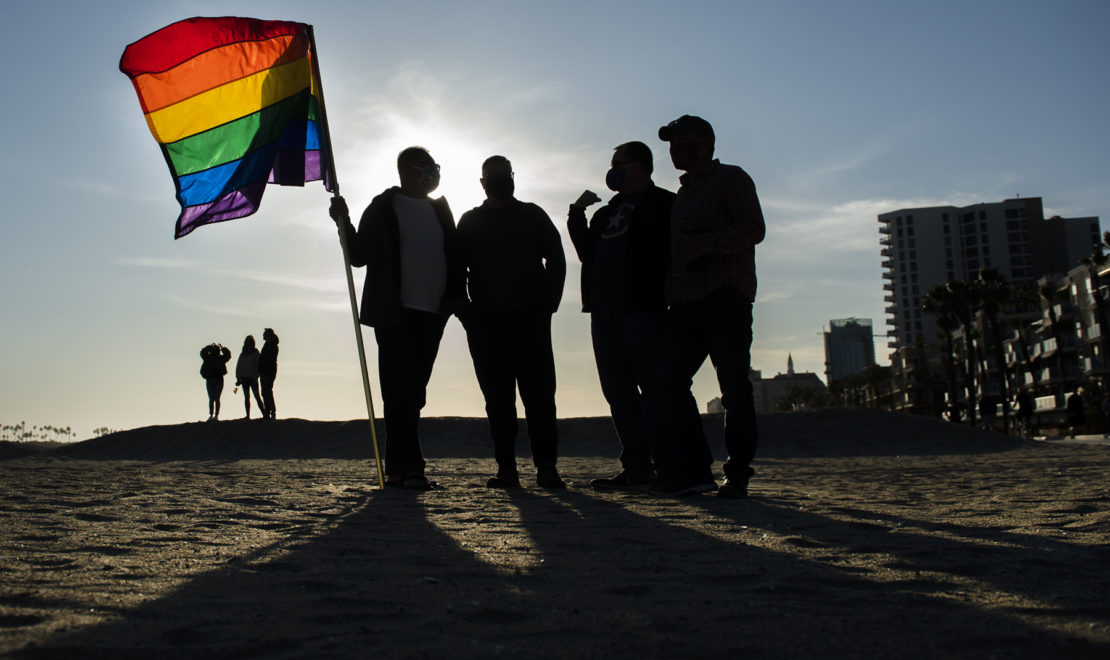 A man holds a Pride flag while attending a Unity Rally in support of the LGBTQ+ community days after the fire at the rainbow lifeguard tower. Photo by Thomas R. Cordova.

The fiberglass tower burned all the way down to its metal base.

It’s unclear what other evidence investigators have been able to gather. In response to the Post’s public records request, the Long Beach City Manager’s office did not provide a follow-up report authored by a fire investigator and has not responded to questions about why it was withheld.

Along with Garcia, an expert on the type of lifeguard tower that burned down says it seems implausible that the flames could have spread accidentally.

“I think in the 30 years I’ve been involved in this business, we’ve never heard of a lifeguard tower burning. Fiberglass is not a particularly flammable material,” Dave Stollery, the CEO of Industrial Design Research, which manufactures the fiberglass towers, told the Post in March.

In the statement Monday, Long Beach officials said the new rainbow tower will be even better than the previous one, with amenities installed around it to make it a “more active space.”

Garcia and 2nd District Councilwoman Cindy Allen will preside over the June 10 dedication, which will include a ceremonial opening of the tower flaps and the hanging of the red lifeguard Rescue Can, which symbolizes the tower is open, according to a city news release.

“Lifeguards are enthusiastic about having the Pride Tower back on the sand, in service and operational,” Long Beach Fire Department Marine Safety Chief Gonzalo Medina said in a statement. “The Pride Tower represents our unwavering commitment to our LGBTQ employees and to the diverse communities of Long Beach.”

Editor’s note: This story has been updated with more information from the city of Long Beach and the Long Beach Fire Department describing the fire as arson.