ZIPping through Long Beach: Today, real estate in the 90804 • Long Beach Post News
- ADVERTISEMENT -
Help us light up the city; Add your home to the 2022 Holiday Lights map. CLICK HERE

This is the third in a series looking at real estate in the city’s different ZIP codes. Read our last one about the 90803 here.

Today we’re heading north from the waterfront ZIP code 90803 to the landlocked 90804—though after already hitting the 90802 and ‘03 ZIPs our waterfront days are over, save for the occasional river or park lake.

Its area runs north of Seventh Street to Pacific Coast Highway and stretches from Cherry Avenue east to PCH (where the highway drops from east-west to south-by-southeast).

The area is largely contained in the Zaferia neighborhood, a part of Long Beach that was in the early 1900s its own city, and it had the tremendous, if somewhat dicey, advantage of being a “wet” town in a largely dry LA County, including Long Beach proper. So, for the price of a Red Car fare—a nickel—people in the dry outlying areas could ride to the Zaferia station (now the Plaza Zaferia greenspace at Redondo Avenue and PCH) and party at any number of watering holes in the neighborhood.

When Prohibition came in 1920, outlawing alcohol throughout the country, Zaferia lost its draw and threw in with Long Beach as East Long Beach, as it’s still sometimes known even though Long Beach has long since spread farther east to become what real-estate people, at least, call the East End.

The area still retains a fairly unique vibe and has a robust business association assisting the area’s hundreds of shops, services and restaurants. It’s home to such bars as Joe Jost’s, which opened the day after Prohibition was repealed, and the fairly new tiki bar Bamboo Club. For live entertainment, there’s Alex’s Bar and di Piazza’s, and there’s a host of diverse restaurants serving Mexican and Southeast Asian fare, and, for higher-quality fast(ish) food, a new Habit recently opened at the ZIP’s portion of the Traffic Circle.

The ZIP’s eastern end is taken up largely by the 229-acre Recreation Park, the city’s second-largest public park, and its neighbor Wilson High School. 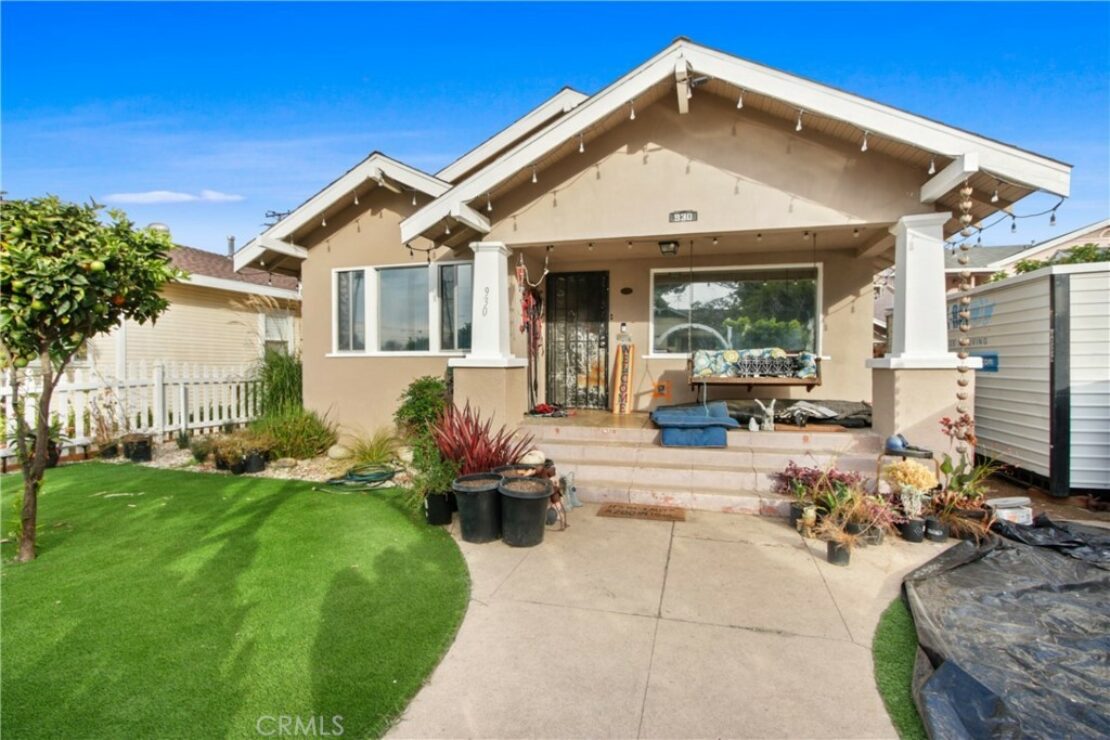 One of the more desirable residential sections of the area is the Rose Park Historic District, where you can pick up this family-size three-bedroom, two-bath home at 930 Gladys Ave. for $865,000.

Much of the housing in the 90804 was built in the neighborhood’s early 20th-century heyday. This 1,310-square-foot home was built in 1919 and like others of its era before the advent of kitchen appliances beyond a stove and an ice box, its kitchen is on the small side. Additionally, if you check the house’s listing on real estate sites, the photographer apparently caught the sellers at a bad time. Try to imagine it empty and ready for you to make your own, presumably different, decorating scheme.

Vintage details include hardwood floors and a remodeled bathroom with subway tile. Upgrades include a new roof and 200-amp electrical service. The yards are labor-free with artificial turf and in an area where parking can be problematic, there’s a detached two-car garage and a long driveway.

The home is listed by Realtor Ramona Bleick of Berkshire Hathaway. 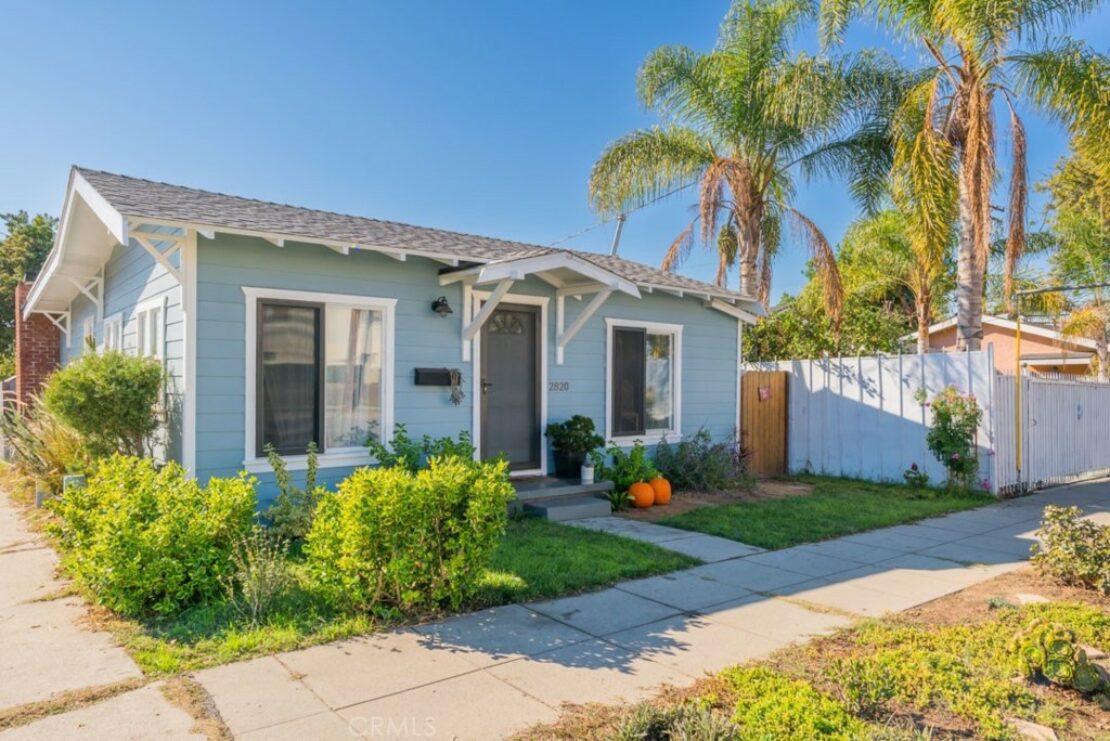 The 1924 home has been fairly modernized with a pleasant and modern kitchen that leads to the centerpiece of the home, a large family room with a fireplace and an open-beam ceiling and plenty of light from its large windows.

The backyard is spacious and has a wood deck for entertaining.

If you want to leave the area for your dining and shopping, listing Realtor Javier Alvarez of Keller Williams in his description of the property notes that it’s located “just two miles away from the Belmont Shores.” 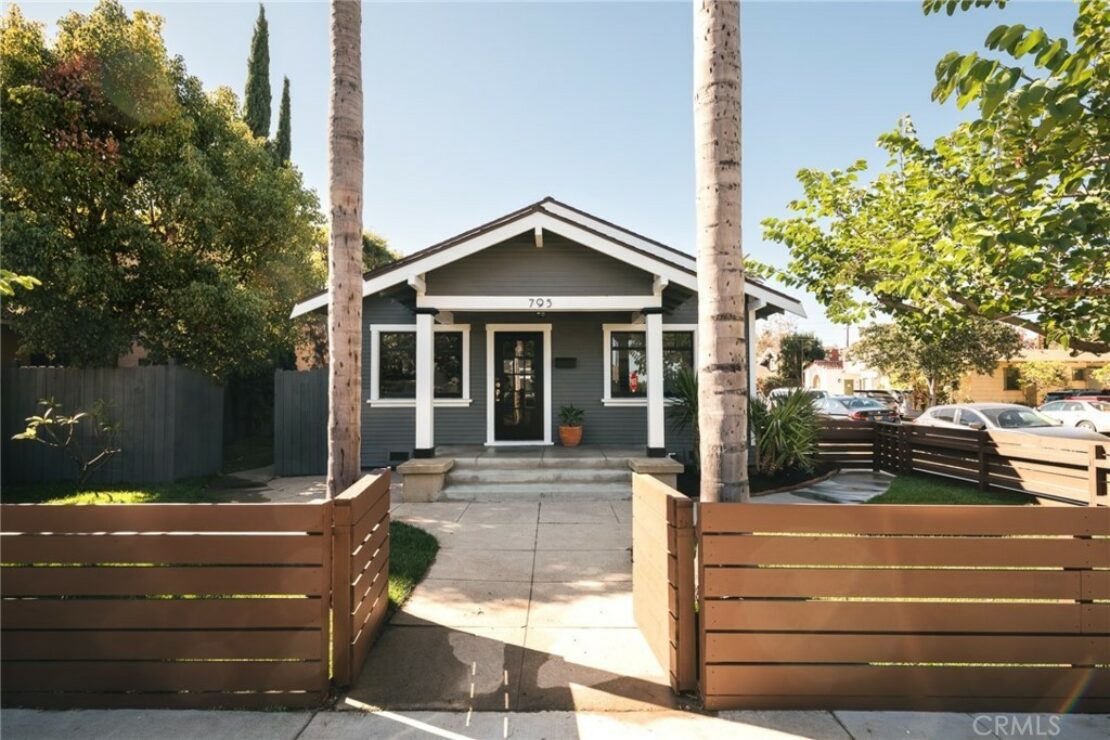 Our last home in the 90804 is a pricier corner-lot home at 795 Loma Ave. at Eighth Street in an area just east of Rose Park.

Listed by Realtor Stella Ann Almaguer of Think Boutiq at $975,000, this 1920 Craftsman home is relatively spacious for a two-bedroom, one-bath home at 1,018 square feet.

It’s in a nice neighborhood with an easy walk to Recreation Park and the Colorado Lagoon.

It has restored hardwood floors, a vintage-looking but modern kitchen with a small bar for dining for two, as well as a breakfast nook with pleasant views of the landscaped backyard that can accommodate four.

The one bath is handsomely upgraded with two sinks and storage drawers.

Next, in our ZIPpy little expedition, we’ll hike up to the northern reaches of the city to check out 90805.