Long Beach broke a daily heat record today—notching its highest temperature ever for Sept. 6—but that paled in comparison to other parts of Los Angeles County, according to the National Weather Service.

The temperature at Pierce College in Woodland Hills reached 121 degrees at 1:30 p.m. today, which was the highest temperature ever observed at an official recording station in LA County.

“This broke the all-time record high temperature for the station, which was 119 degrees, set on July 22, 2006,” according to the NWS. In addition to Los Angeles, it was also the highest temperature ever observed at an official recording station in San Luis Obispo, Santa Barbara or Ventura counties, the NWS said. 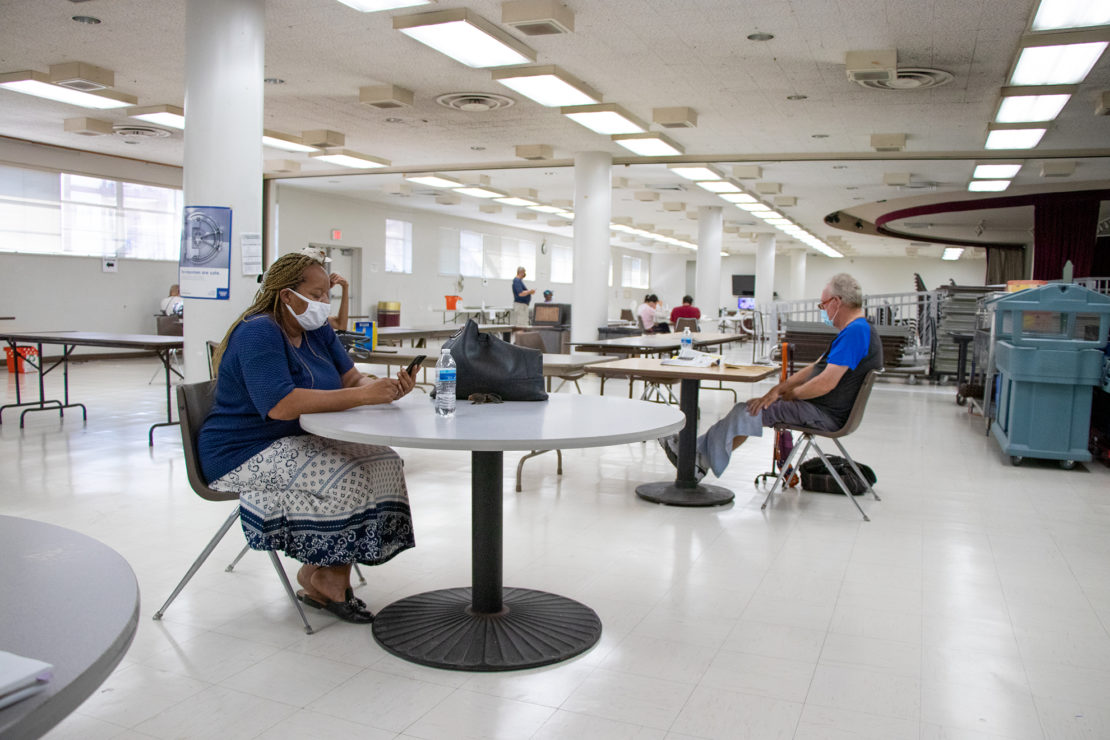 Ida Thompson, left, plays a game on her phone while a companion, Gary Charles, right, solves some crossword puzzles at the Long Beach Senior Center, one of five of Long Beach’s cooling centers, on Sunday, Sept. 6, 2020. Photo by Crystal Niebla.

The NWS recording station at Long Beach Airport notched a temperature of 104 degrees as of 3 p.m., which beat the previous high on Sept. 6 of 98 degrees in 2013. The highest temperature ever recorded in Long Beach was 111 degrees.

To beat the heat, some residents left their homes for the five city-run cooling centers. At the Long Beach Senior Center, 16 people checked in throughout the day, according to a staff member on duty.

Some residents passed the time doing homework, reading, or watching a movie provided by the facility. The center offered water and popsicles to help them stay cool.

“When I left my home, my apartment was 92 degrees, so I came here to cool off,” said Ida Thompson, 63, who lives across the street from the center. She came at 3 p.m., right around when the temperatures peaked. Today, she said she passed the time playing a game on her phone and chatting with her peers. 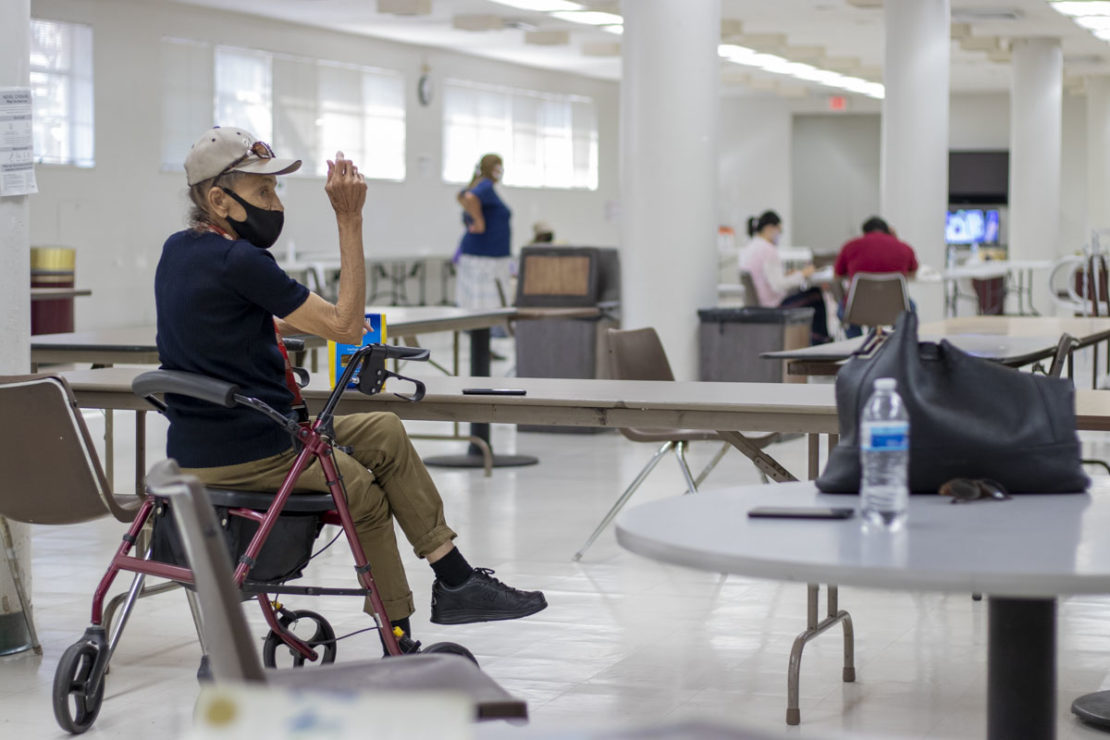 A woman sits on a walker at the Long Beach Senior Center, one of five of Long Beach’s cooling centers, on Sunday, Sept. 6, 2020. Photo by Crystal Niebla.

By contrast, Guan, a 22-year-old who declined to share his last name, came to the McBride (Cal Rec) Community Center.

Guan, the only one at that cooling center, was drawn to it due to the heat and limited other options thanks to COVID-19 closures. Usually, the recent Cal State Long Beach grad would be visiting a library on a Sunday, but they’re closed.