Long Beach restaurant owners are enraged at new restrictions enacted this week meant to curb the spread of COVID-19, saying they’re being unfairly targeted—with their livelihoods at stake—after doing everything right.

Their businesses, they argue, were open and operating safely while hospitalizations were dropping just a few months ago. Now that that trend has sharply reversed, health officials “looked for any easy target to place the blame for the spread of COVID-19,” a consortium of local restaurants called the Long Beach Restaurant Association said Monday.

After eateries adapted to outdoor dining rules, built outside seating areas and trained staff on safety protocols, the Long Beach and LA County health departments are telling restaurants and bars they must shut down all in-person dining for at least three weeks starting Wednesday night at 10.

Those renewed sanctions make it appear as though restaurants are the cause of the recent record-breaking increases in COVID-19 cases, said Kraig Kojian, president and CEO of the Downtown Long Beach Alliance.

“The hospitality and retail industries have been targeted and hit hard since day one of this pandemic, and they’ve done everything that has been asked of them and more,” he said.

So, is a blame game the real reason restaurants are being targeted once again? Health officials say there’s an actual safety reason behind the decision.

Kelly Colopy, director of the Long Beach health department, said Monday that restaurants pose an acute risk because they’re one of the few places patrons don’t have to wear face coverings.

“It is considered one of the most risky of the environments,” Colopy said at a media briefing. 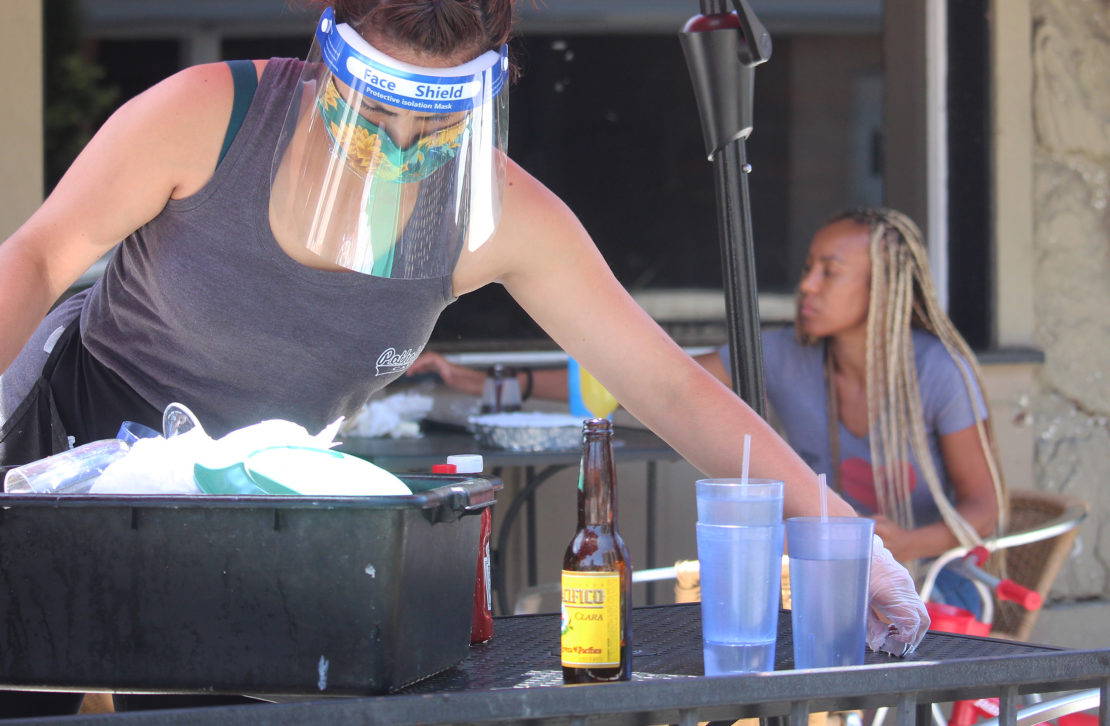 Weary restaurateurs, however, have asked for data to back up that pronouncement. And their sentiment was bolstered Monday by the chairwoman of the county Board of Supervisors.

Kathryn Barger, who represents northern Los Angeles County, said in a terse statement Monday that the new restrictions put undue burden on a single industry. She cited public health data showing that only 10 to 15% of those who tested positive for coronavirus reported having dined out with someone who also tested positive, while 50% said they had attended a private social gathering.

But in a press briefing Monday, LA County Public Health Director Barbara Ferrer said those numbers are misleading. That percentage doesn’t represent the majority of infections—just the cases where her department has been able to determine a source of infection.

“It would be great if for every person that got infected I could tell you definitely where and when they got infected,” Ferrer said. “That’s just completely impossible.”

Most people, she said, “have no idea where they may have become infected.”

Nevertheless, there is broad consensus that restaurants are risky. The Centers for Disease Control published a study in early September, linking dining at restaurants, both outdoors and indoors, to a higher risk of infection.

“Exposures and activities where mask use and social distancing are difficult to maintain, including going to places that offer on-site eating or drinking, might be important risk factors for acquiring COVID-19,” the report stated.

In the press briefing Monday, Mayor Robert Garcia said the decision to shut down restaurants—like many during the pandemic—was incredibly tough. He said he’s personal friends with many of the city’s proprietors and knows many of the workers who are struggling to take care of themselves and their families.

“It is a devastating loss for them, the workers and our economy,” he said. “The risk for them, the financial damage, is serious and we are heartbroken.”

The latest round of rules, though, may be too much for restaurants to simply go along with. On Tuesday, the California Restaurant Association said it would go to court seeking a suspension of the outdoor dining ban. The LA County Board of Supervisors will also discuss the issue after complaints that they should have been consulted first. And on Monday, the Long Beach Restaurant Association challenged the city to break with the county and continue to allow outdoor dining like Pasadena has.

But the mayor, whose mother and stepfather both died of COVID-19, made an emotional case about why he’s backing the decision to shut down restaurants—despite the pain it causes.

The first priority, he said, must be ensuring there is enough room in hospitals, so that “if your mom and dad are sick, that they have a hospital bed available.”