When he’s not traveling around the world looking for new spots to film tricks, 26-year-old professional skater Ronnie Sandoval can be found flying around on a skateboard under the 110 Freeway in San Pedro with headphones on, trying to find his rhythm.

“The feeling of doing the tricks, it’s kind of hard to explain, I kind of just do them,” Sandoval said in a phone call last week from his hotel room in Toronto. “Being upside down and doing airs, it’s a really exciting and surreal thing to do.”

Sandoval was 6 years old when he got his first skateboard. It was “kind of a mess,” he said, and a little rough around the edges.

But his father, Mike, refurbished the board, sanding it down and applying some new grip tape.

Three years later, Sandoval visited Channel Street Skatepark for the first time, not knowing it would help shape him into who he is today. 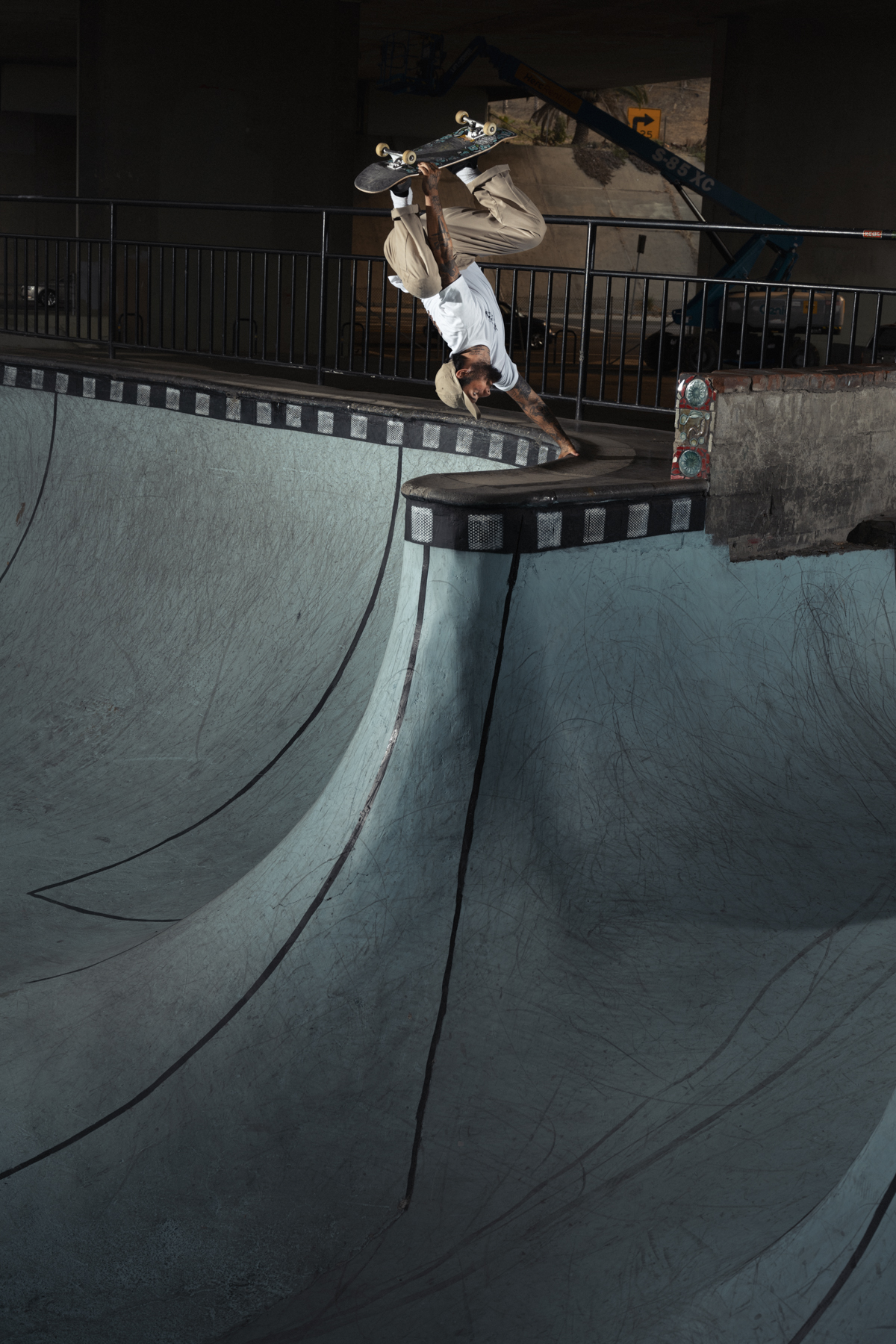 Although the park back then was just a few bumps, one pool to skate in and a fridge to use as a rail, Sandoval had found a new home.

The park was first opened in October 2002 by the San Pedro Skatepark Association, a nonprofit made up of a group of skaters who were looking to build a place to skate after city officials rejected a number of their attempts to get a skate park in San Pedro.

Inspired by other abandoned lots in the United States that had been transformed into skate havens, such as Burnside in Portland and Washington Street in San Diego, the skaters decided to take matters into their own hands and adopted the lot under that freeway that would become the popular Channel Street.

For 12 years, skaters at Channel Street like Sandoval were unbothered by authorities, until the California Department of Transportation closed the site in 2014 for the construction of a freeway overpass, which damaged the park.

Legalizing the skate park proved to be difficult because the land was owned by multiple entities including the Port of LA and the Port of Long Beach, but seven years later, the site became an official, full-fledged skatepark and one of the country’s only DIY (do it yourself) skateparks to become legal.

In August, the San Pedro Skatepark Association, which is now made up of skateboarders, local businesses, dockworkers, artists, musicians, parents, city council members, neighbors and advocates, held a ribbon-cutting ceremony to mark the official opening of the park. Since then, skaters from all over have visited Sandoval’s hometown to experience Channel Street for themselves.

“It’s not a pretty location where it’s at, but the skatepark itself is very unique,” Sandoval said. “When I went down to the Channel the first time, I saw (pro skater) Robbie Russo and I told myself I wanted to be that.” 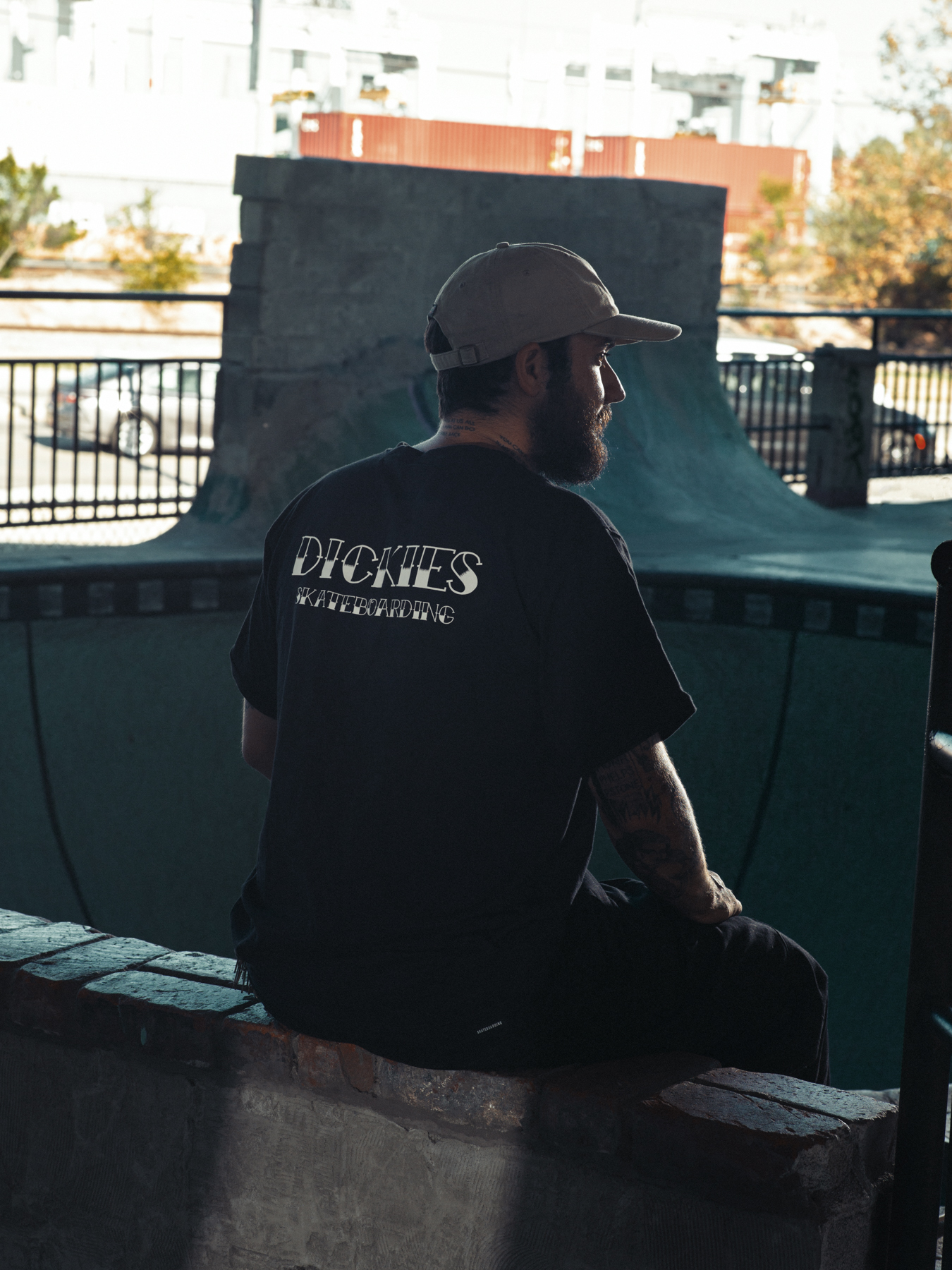 Sandoval attributes much of his style and success today to Russo and another friend, Oscar Navarro. He describes his style as vert or transition skating.

As a kid, Sandoval was at Channel Street Skatepark practicing every day from 6 a.m. until the street lights turned off at night, but it wasn’t with the goal of becoming a professional skateboarder.

Back then, he said, skateboarding was a way to stay out of trouble and stay away from any personal issues that plagued his household.

“It’s a lot going on there for a kid and skating was an easy way to escape that,” Sandoval said. “It was nice to meet up at Channel every day and just skate with my friends.”

He soon found success, getting sponsored along with his friend by Transition Skateboards, a skate shop in Carson, by the time he was 12.

As he was leaving the skate shop with a couple of boards, stickers and hats on the day he was sponsored, he realized that he could make a career out of skateboarding if he stayed on the right path and kept pushing himself.

But outside of skating, Sandoval said he was headed down a “weird path.” If he wasn’t skating at Channel Street, he was looking for the next adrenaline rush.

That’s when he started getting in trouble for “doing stupid stuff,” a road that he said would have ended with him either joining one of the gangs in San Pedro or getting a dead-end job somewhere.

Eventually, Sandoval’s talent landed him a sponsorship with Krooked Skateboards and at 16 years old, an opportunity to get his first photo inside Thrasher Magazine, the same magazine he carried around throughout middle school and high school.

“I remember teachers telling me ‘You’ll never be a pro skater. I don’t know why you’re wasting your time looking at these magazines. You’ll never be on the cover of that magazine,’” Sandoval recalls. “All I could say is those teachers were wrong and they should think next time before talking down a child’s dream.”

This year, Sandoval was featured on the cover of Thrasher’s November issue. He’s performing a backside noseblunt over a door at the newly resurrected Channel Street Skatepark.

It was a lifelong dream fulfilled, Sandoval said.

“Channel Street saved my life,” he said. “It helped me fulfill my dream of just skating as much as I can and seeing different parts of the world.”

Continuing his string of successes, Sandoval’s clothing collaboration project with Dickies, a brand he has been wearing ever since his dad bought him his first pair of pants, was also launched this month.

The new collection has been a labor of love for the pro skateboarder, according to Dickies.

Sandoval designed the eight-piece collection, which features an anchor on many of the items, an homage to his San Pedro roots.

After having his first child in September, Sandoval is not showing any signs of slowing down.

His future plans include getting his own signature shoe someday while helping the next generation of skaters fulfill their dreams.