'Time is healing': It's been 10 years since the worst mass shooting in Seal Beach history • Long Beach Post News
- ADVERTISEMENT -

It’s been a decade since Scott Evans Dekraai rampaged through a Seal Beach beauty salon, killing eight people, including Paul Wilson’s wife, but time has taken some of the edge off the grief.

“It’s 10 years and time is healing,” Wilson told City News Service on the eve of the 10th anniversary of the Oct. 12, 2011, massacre at the Salon Meritage at 500 Pacific Coast Highway.

“I’m happy with my place in life. I’m remarried, and I have a great wife who is very supportive,” Wilson said. “It’s all a process of trying to get to that place to move on.”

He hasn’t forgotten Christy Wilson, who was 47 when Dekraai killed her.

“It’s not that we don’t think about them,” Wilson said. “Of course we do. Every day. Her body’s not here physically anymore, so it’s a good thing we have those memories, and for me there’s a lot of really good memories.

“It was 26 years of my life with Christy, and it was a good 26 years. I feel blessed to have had that life and feel very blessed to have the life after and now. I know there’s a guardian angel up there, that’s for sure.”

“The kids are all good,” he said. “We had such a special life that everyone is just thankful for what we had. The kids feel the same way I do. They miss their mother. Mom’s mom, and she’s always the best no matter what andI know they miss the heck out of her, but everybody’s adjusted. The boys are doing well and my daughter has given me two more grandkids since Christy passed away.”

Wilson said he has “learned to grow and move on and heal and to get better, but not forget.”

Wilson said he is thankful for the memorial to the victims in Seal Beach.

“I try to get down to that memorial as much as I can,” Wilson said. “It’s really a wonderful thing to have that there.”

Wilson said he believes that someone from the families of all the victims will be represented at the 10th anniversary memorial on Tuesday evening at the Seal Beach Pier.

But while he’s grown philosophical about his grief, he’s still angry about how Dekraai’s legal drama played out.

Initially, Wilson was angry with Dekraai’s attorney, Scott Sanders of the Orange County Public Defender’s Office, but now the two have become friends.

Then Wilson had a falling out with Spitzer, who Wilson argues got into office and did nothing to hold the prosecutors on the Dekraai case accountable.   Spitzer has countered that he had an independent investigation done that found fault with the prosecutors, who have since retired.

“I wish the families would have had better support from our elected officials,” Wilson said. “It’s hard for me to do stuff like go to the memorial and just speak about Christy and what happened without saying what really happened. It’s a bigger story than her just getting shot in the salon. And it can’t ever stop being told until someone is held accountable.”

The Orange County Snitch Scandal erupted during the Dekraai legal proceedings, prompting former Orange County Superior Court Judge Thomas  Goethals to boot the District Attorney’s Office from the case. Later, Goethals ruled that Attorney General’s Office, which had taken over the case, could no longer pursue the death penalty. 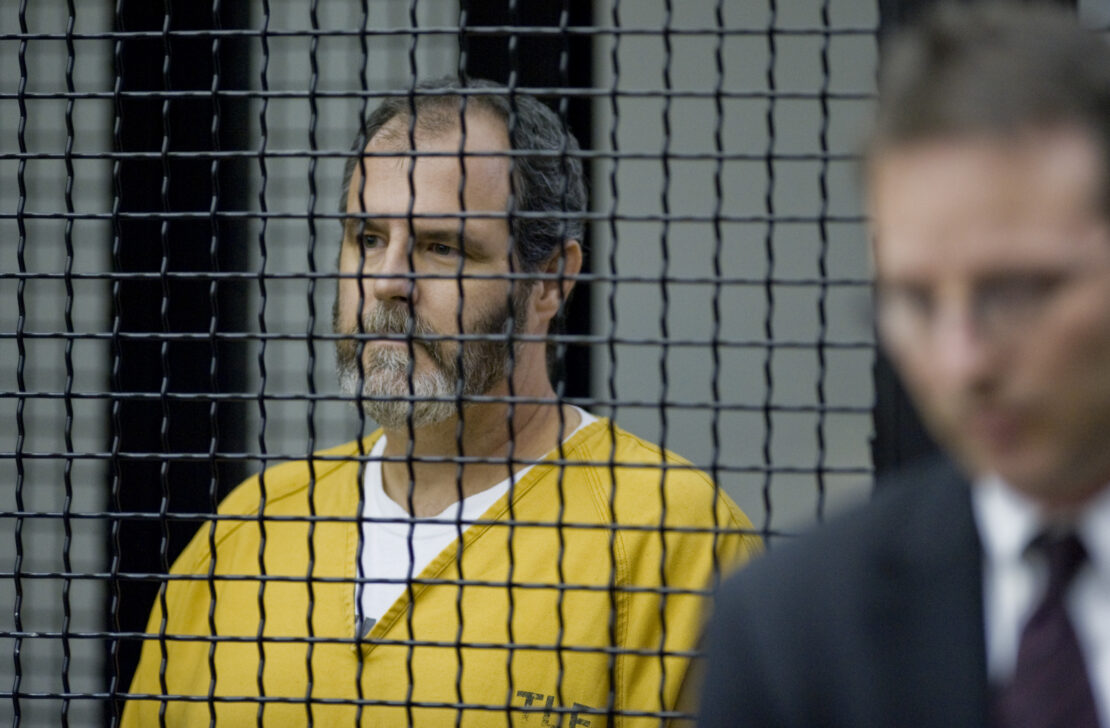 Dekraai pleaded guilty to the killings and is serving life in prison without the possibility of parole.

Sanders uncovered that Orange County sheriff’s deputies were using informants in the jail to illegally solicit incriminating evidence. The fallout continues to affect cases as Sanders works to uncover more evidence of the informant program, which sheriff’s officials initially denied existing, but then later said was being run by rogue deputies.

The killing spree stemmed from an argument Dekraai had with his ex-wife, 48-year-old Michelle Marie Fournier, that morning. He had been involved in a child support dispute with her.

Dekraai drove to the beauty salon about 1:20 p.m., walked up to Fournier and shot her multiple times, and then turned to Christy Wilson, because she had testified against him in a child support hearing.

When the business’ owner—62-year-old Randy Lee Fannin—ran up to try to stop Dekraai with a pair of scissors, the killer gunned him down as well.   Then Dekraai began shooting randomly because he considered them “collateral damage.”

After leaving the salon, Dekraai shot his last victim, 64-year-old David Caouette, as the victim sat in his Range Rover, which was parked next to the gunman’s vehicle.

Dekraai told investigators he thought Caouette was an off-duty or undercover police officer and was reaching to his floorboard for a weapon.

Dekraai pleaded guilty May 2, 2014, to the eight murders and an attempted murder involving a ninth victim, 77-year-old Hattie Stretz, who survived.