Residents living near the foul-smelling Dominguez Channel will become eligible for temporary relocation and air filtration reimbursements starting as soon as Tuesday, county officials said Monday night during a special meeting of the Carson City Council.

Mark Pestrella, the director of the county’s Department of Public Works, said residents and businesses can apply for help as soon as 8 a.m. Tuesday. By then, Pestrella said his department will have an online portal on its website and call center to work with those who have been enduring the stench for the past week. This information will also become available at Carson’s city website, city officials said.

The Carson City Council held a special meeting to vote on a resolution that declared the foul odor that has been plaguing residents near the Dominguez Channel a “public nuisance.”

Carson’s elected officials and the residents they represent were also asking who is at fault for the ongoing odor, which has been causing residents headaches, nausea and eye irritation.

Pestrella, who oversees the county’s flood system, said the fault lay with him.

On Friday, Carson Mayor Lula Davis-Holmes said that the cause of the odor had been identified as “a hydrogen sulfide leaking pipeline,” but by Sunday, she said that the leaking-pipeline theory “has been ruled out,” saying investigators again were focusing on “organic waste material drying out after being exposed during low tide.”

Pestrella further explained that a team of scientists and experts from a variety of agencies evaluating the area believe that the smell is coming from decaying vegetation in the channel. They’ve been taking air and water quality samples all day, he said.

The decay of vegetation in the channel “routinely creates the release of hydrogen sulfide as by-product of decaying and decomposition,” Pestrella said.

Washed up plankton from the tide could also be contributing to the decay, he said.

Typically, this odor would last about two days, but it’s lasted a week, Pestrella said. His department is trying to figure out how to speed up the decay, which will improve the smell.

By morning, he said he wants to have a set of actions prepared, “But we want to do this carefully because we could actually cause the problem to get worse if we don’t take the right steps in the right order, and that has to do with the biology of what’s going on,” he said.

Because the public officials are still trying to figure out which option they’ll implement, pending further research of the channel, it’s unclear when the odor will go away. The foul odor had been reported since at least Wednesday. 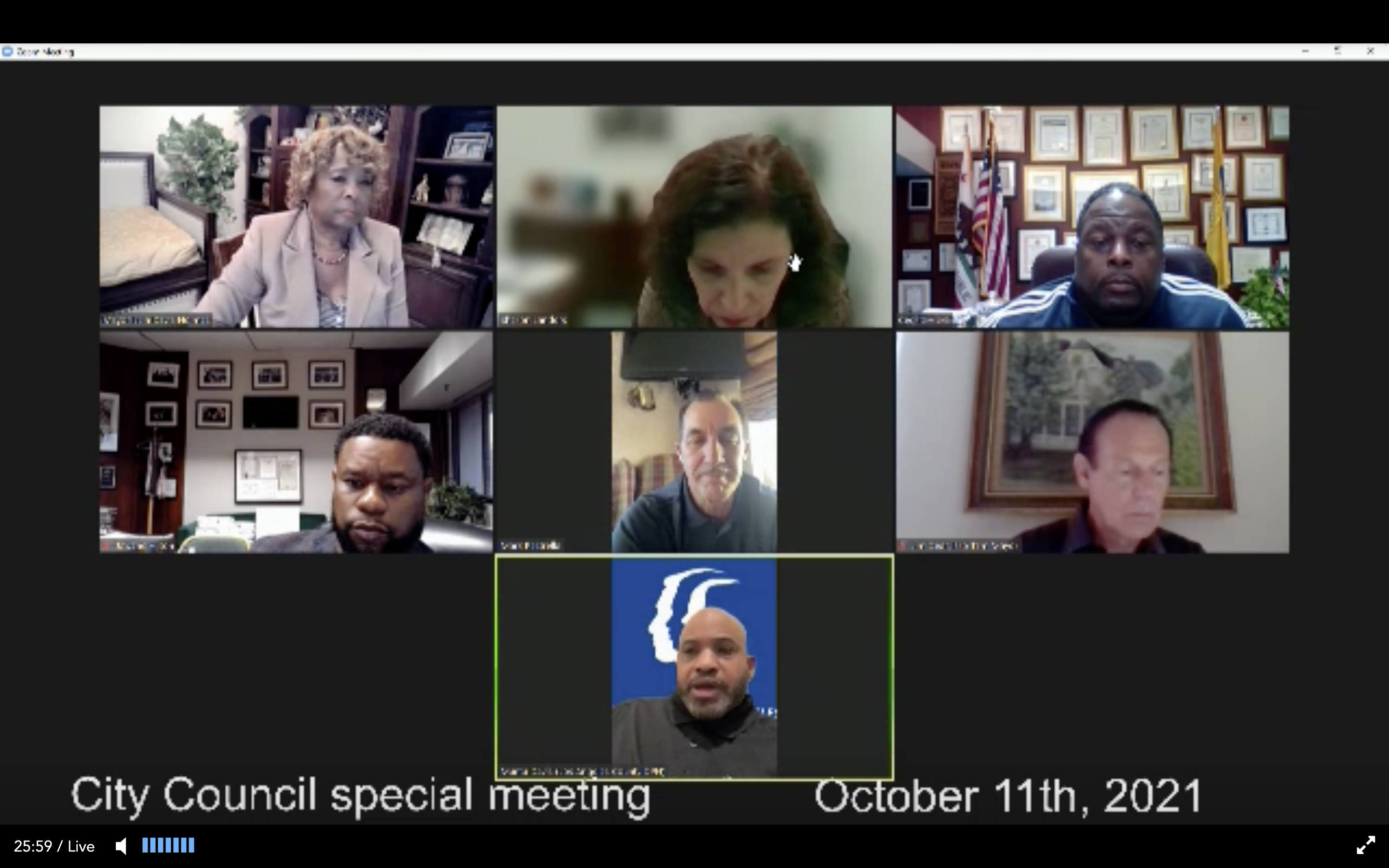 At the bottom of a video call screenshot, Los Angeles County Health Officer Muntu Davis answers questions for the public during a Carson City Council special meeting on Monday, Oct. 11, 2021.

Los Angeles County Health Officer Muntu Davis said that the hydrogen sulfide, even in small amounts, can cause vomiting, nausea and other symptoms.

Gabriel Villalobos, 23, a recovering cancer patient living in Carson, wrote in a public comment for the meeting that he had been smelling the odor since Oct. 3.

“I’ve noticed that the past week I’ve been having very horrible headaches, my nostrils have been burning horribly, at times my eyes burn keeping them open or just blinking, and the worst is the nausea, and the smell, it stops me from eating,” Villalobos wrote.

Despite the symptoms residents say they’re been experiencing, South Coast Air Quality Management District and public health officials have said the odor does not pose a threat to public health. Those who experience symptoms related to the odors are advised to contact their medical care provider.

In the meantime, Davis recommended avoiding the area, keeping doors and windows closed, getting a HEPA air filter with activated charcoal or having a HEPA filter installed into existing air conditioners to limit the odor. The foul odor can impact pets in the same way it can impact people, he added.

For residents who want to be temporarily relocated as the county resolves the odor, Pestrella said the county might offer hotel rooms during this period of time. Anyone who has purchased or will purchase air filters for the odor will be reimbursed, he said. Those with disabilities can have theirs delivered, he added.

Beyond Carson, the rotten egg stench coming from the Dominguez Channel has also drifted into West Long Beach.

I come home to light candles in the bathrooms and living room areas. The smell upstairs is especially foul in the bedrooms. It was bad yesterday but today is worse. I started to feel a bit nauseous. I’m sure the wind is not helping either. Hope it will be resolved soon. 🙏🏼 pic.twitter.com/8966V9W6lD

Long Beach residents have been closing their windows and lighting candles to cope with it.

Councilmembers Mary Zendejas and Roberto Uranga, whose districts are affected by the odor, said in a joint emailed statement Monday that their offices have “not received any calls or complaints to date from residents about the odor,” but reached out to Councilman Rex Richardson, who is a member of the South Coast Air Quality Management Governing Board, as well as Los Angeles County Supervisor Holly Mitchell.

“We will continue to monitor the situation and update residents as it relates to matters of personal health and safety,” they said.