A pipe clogged by tree roots spilled about 600 gallons of sewage Tuesday afternoon in Bixby Knolls, forcing crews to quickly contain and clean up the mess, according to a Long Beach Water Department official.

The spill was reported around 12:30 p.m. across the street from Scherer Park, Long Beach Water Department spokesperson Kaylee Weatherly said. 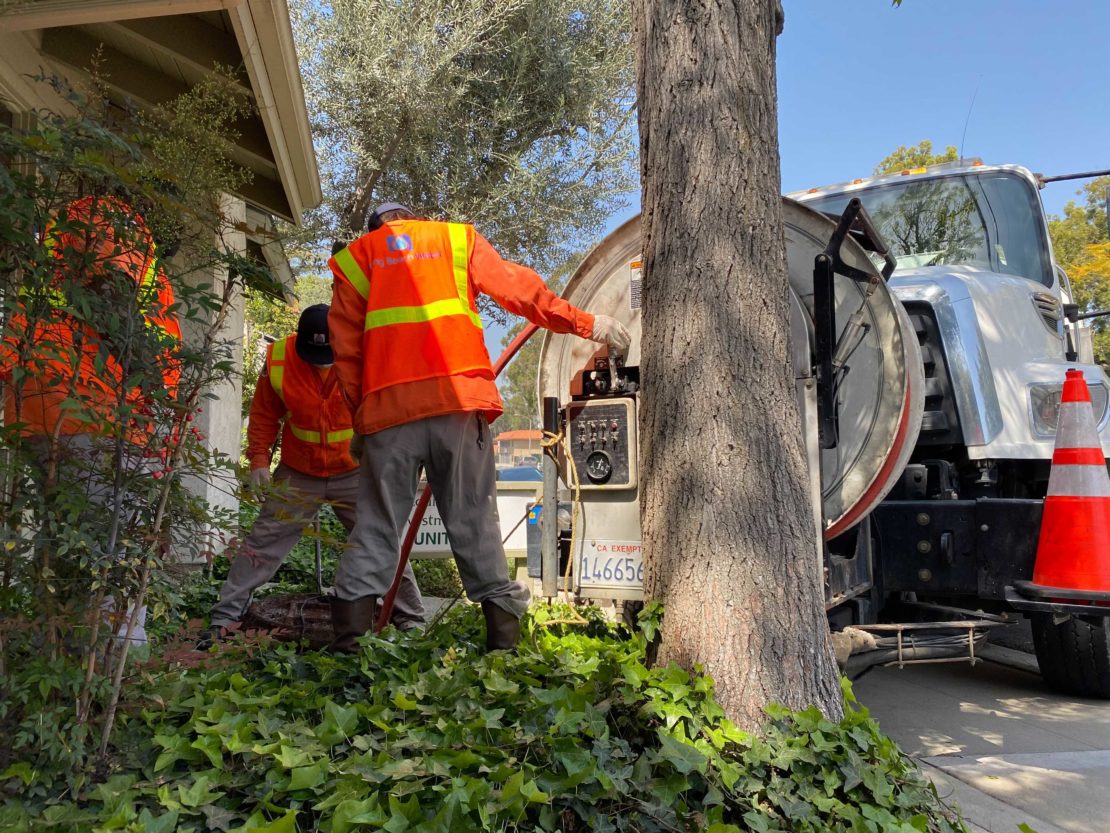 City of Long Beach crews work to clean up a sewage spill in Bixby Knolls on March 30, 2021. Photo by Cheantay Jensen.

Once they were alerted to the spill, water department and public works employees began trying to get access to the underground line, which was directly in front of the Lowry Y Wong dental office in the 4600 block of Long Beach Boulevard.

The Long Beach Fire Department also briefly blocked off a lane of southbound traffic and called in a hazardous materials team.

Long Beach Water said all of the estimated 600 gallons of sewage spilled were fully recovered, and the area is now contained and sanitized. 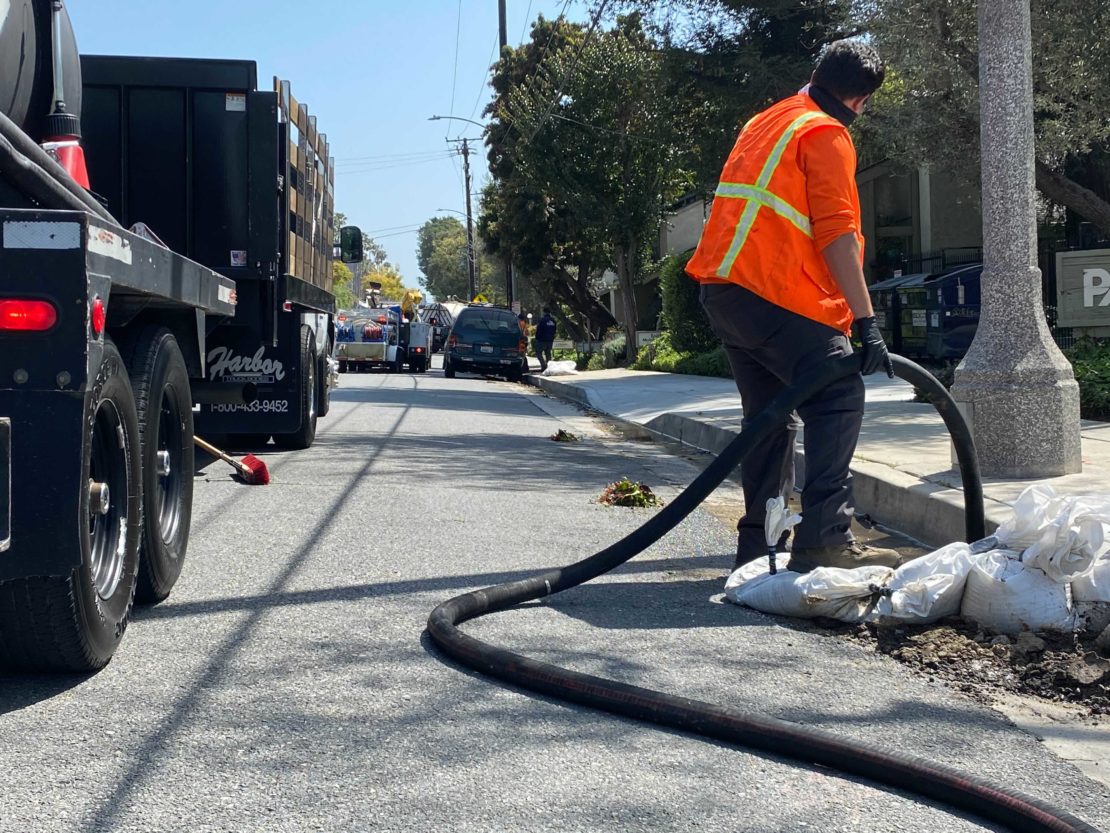 Several vacuum trucks were at the site to help clean up the spill. Photo by Cheantay Jensen.

Editor’s note: This story has been updated with more information from the Water Department.