An eighth inmate has died of COVID-19 while serving time at Terminal Island. Only one other facility in the federal prison system has had more inmates die of the disease.

James Lino, 65, was at Terminal Island prison near the Port of Los Angeles serving a 34-month sentence for conspiracy to distribute methamphetamines, according to the Federal Bureau of Prisons.

Lino was hospitalized in mid April before being placed on a ventilator, authorities said in a statement. He died on Wednesday, May 13, according to the statement. Officials said he had pre-existing medical conditions that made him more susceptible to the coronavirus.

Many inmates at Terminal Island have long-term medical conditions. That and the facility’s low security, dormitory-style layout make it especially susceptible to the coronavirus, authorities have said.

Members of congress and inmates’ families have criticized the prison’s response to the pandemic, saying guards were originally discouraged from wearing masks and inmates haven’t been given proper gear to protect themselves. 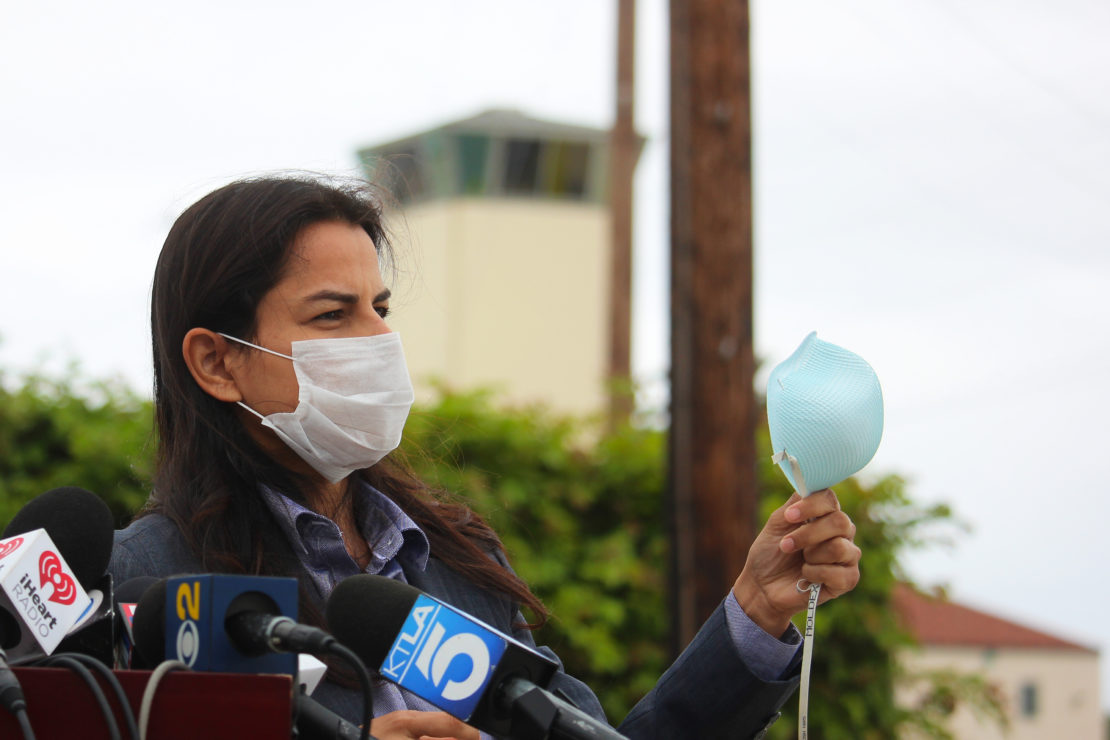 “These are human beings. They have made mistakes … but that doesn’t mean they should get a death sentence,” Congresswoman Nanette Diaz Barragán, D-San Pedro, said after touring the facility this week. “[They] are going to go back into society and we want them to be productive citizens. We need to support them. If we don’t do that, if we don’t treat them with dignity and respect, then I think we all lose.”

Officials say they’ve set up extra barracks to separate inmates but it’s extremely hard to socially distance in a prison.

Inmates’ family members say officials have been slow to release prisoners to home confinement, something the attorney general has instructed them to prioritize in light of the pandemic.

Barragán said 46 Terminal Island inmates have qualified for home confinement and just six have received recommendations for that release.

Only one other federal prison, Elkton in Ohio, has more COVID-19 deaths than Terminal Island. Nine people have died there, according to the Bureau of Prisons.

At least 658 of Terminal Island’s 1,042 prisoners have tested positive for the coronavirus, according to Los Angeles County’s public health department, as have 12 staff members.