Imam Tarek Mohammed, head of the Long Beach Islamic Center, remembers the shock of seeing smoke billowing from the Twin Towers on his TV screen on Sept. 11, 2001.

As millions gathered in remembrance across the nation on Saturday, the cities of Long Beach and Signal Hill joined together for “A Celebration of Peace and Unity” event in honor of the 20th anniversary of the Sept. 11, 2001 tragedies. The event was held in front of the shiny Signal Hill Unity Monument, a 4,500-pound metal sculpture that faces east as a tribute to the 9/11 victims. 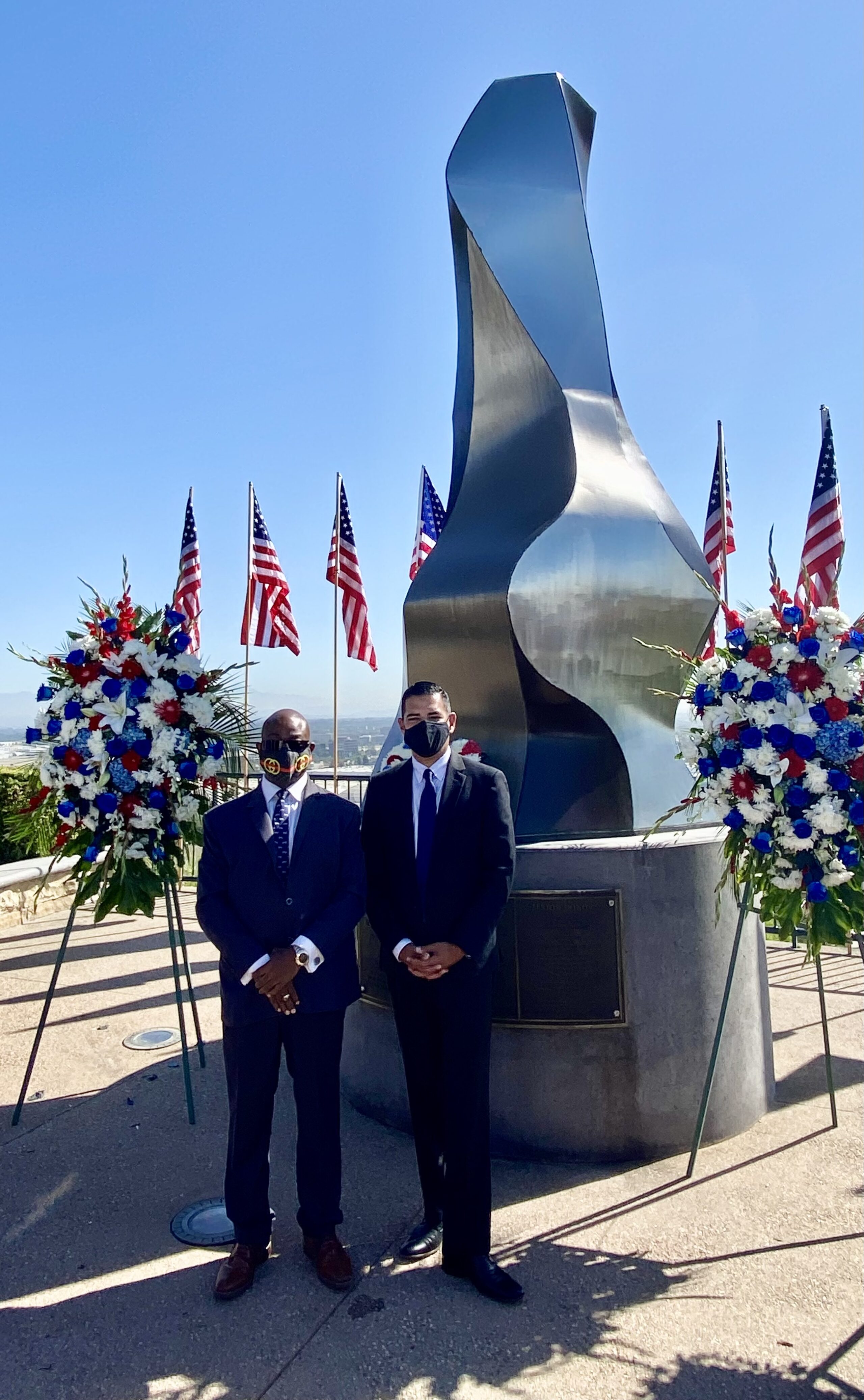 Local religious leaders representing Buddhism, Islam, Judaism and Christianity all spoke of the importance of unity, while city leaders recalled where they were when they first heard the news.

Then a student at Cal State Long Beach, Long Beach Mayor Robert Garcia recalled being with a group of close friends while watching the events unfold.

“All of us had that shared moment in watching this awful, awful tragedy,” he said.

He reminded people to honor not only the first responders who lost their lives, but also “the ones that work every day to keep us healthy.”

The Rev. Jane Gould, head of St. Luke’s Episcopal Church in Downtown, recalled that panic she felt in not being able to reach her two sisters: one worked in a high-rise in New York City, while the other worked in Washington, D.C. Both sisters were safe, but Gould on Saturday remembered one Long Beach native who died.

Chris Newton, 39, originally from Long Beach, was passenger on American Airlines Flight 77 when terrorists hijacked the plane and crashed into the Pentagon.

To conclude the ceremony, a dozen white doves were released to the song “Amazing Grace,” with a view of both Long Beach and Signal Hill in the backdrop.

As he watched the events that day, Signal Hill Mayor Edward Wilson recalled being in awe of the fist responders who rushed into the burning buildings. He remembered thinking how life can change in seconds.

“I knew that the world had changed forever,” he said.