Long Beach was in one of its building frenzies in the 1920, tossing up what then passed for high rises all over the Downtown area and the waterfront: The Sovereign Apartments and Farmers and Merchants Bank in 1923, with its 10-story office tower added in 1925; the Kress Building in 1923; the Cooper Arms, Middoughs’ Boys and Men’s Shops (now the Insurance Exchange) the Willmore and the Security Pacific Building in 1924; the Breakers in 1925; and things wrapped up for the decade with the Ocean Center Building, the Villa Riviera and Walker’s Department Store all built in 1929.

More extraordinary is the fact that all of these beautiful buildings, many of which have been repurposed, are still standing.

The Sovereign, though, doesn’t have the same marquee name today that its cousins enjoy, but in its heyday it was near the height of luxury, only lagging behind its next door neighbor, the opulent Hotel Virginia, built in 1908, which was at the top by any measure until it fell to the Depression and the Long Beach Earthquake and was demolished in 1933.

The 14-story building was the idea of a pair of real estate brokers, Pearl West and her partner Frank P. Wright. Together, as the development team of Wright & West, they came up with the idea of building a tower of own-your-own apartments—a sort of forerunner to today’s condominiums—in Long Beach, and their Sovereign stood at the vanguard of that type of building that spread quickly from the Cooper Arms to the Villa Riviera to the St. Regis to the Artaban, prompting the Los Angeles Times to declare “there is no city in the country that is ahead of Long Beach in this particular type of building.” 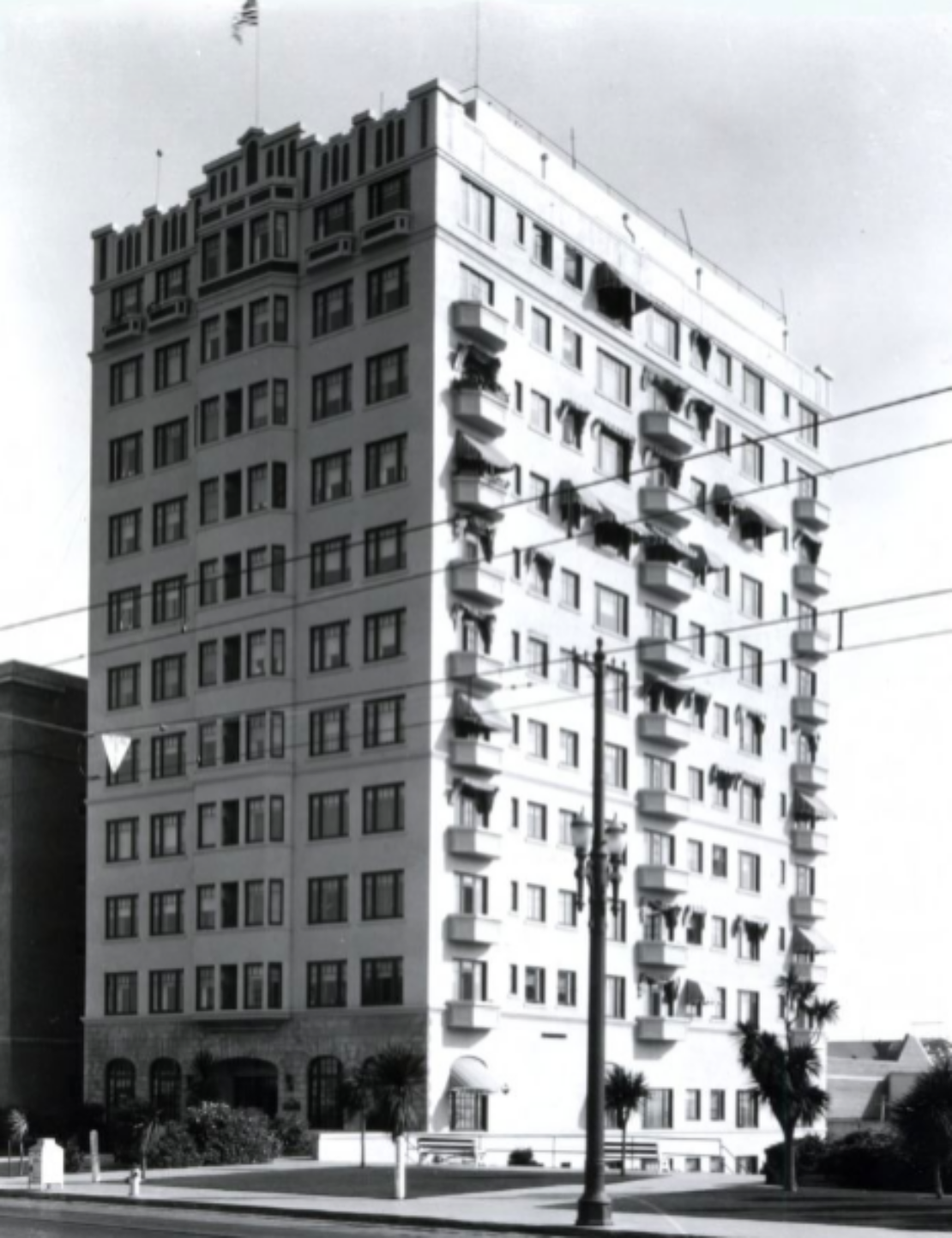 Designed by architect Charles McKenzie in the Tudor-Gothic style, the building’s 95 units were sold to buyers rather than rented. Crazy idea, or visionary plan? The apartments were offered for sale in advance of the construction of the Sovereign, and if you didn’t buy one, you couldn’t say you weren’t warned. Wright & West advertised heavily in the Long Beach newspapers, assuring prospective buyers that an own-your-own made more sense than buying a home — welcome to the Roaring 20s! Early ads offered the units, which ranged in size from 469 square feet to over 1,766 square feet, for as low as $3,500, but they quickly went to $4,500. A May 1, 1922, ad in the Long Beach Telegram warned, “There will not be enough apartments for everyone—some will be disappointed. Don’t let it be you.”

The apartments were space-efficient, furnished with Murphy beds and kitchen tables that folded up into the wall when not in use.

A large headline appeared at the top of the Nov. 23, 1923, announcing opening day at the building: “New Sovereign Pioneer in Apartment Homes.” It detailed the luxurious lobby with its marble floors, antique tapestries, lavish furniture.

The apartments themselves were stocked with modern amenities: private phones to outside lines; oak floors, iceless refrigeration, hallway chutes where you could send your trash sledding down to an incinerator.

The three-bedroom double apartments had large living rooms and separate dining rooms, and all had access to the 14th floor which by day served as a solarium and at night became a ballroom. There was a grocery store, a barber shop and a beauty salon on the ground floor.

Today, the Sovereign still stands, the last remaining high rise on what used to be a bluff along the Pacific, and while it used to be about 50 steps from the water, now it’s a bit of a hike, but it’s still in the midst of all the offerings of Downtown, just as it was when it was initially advertised. 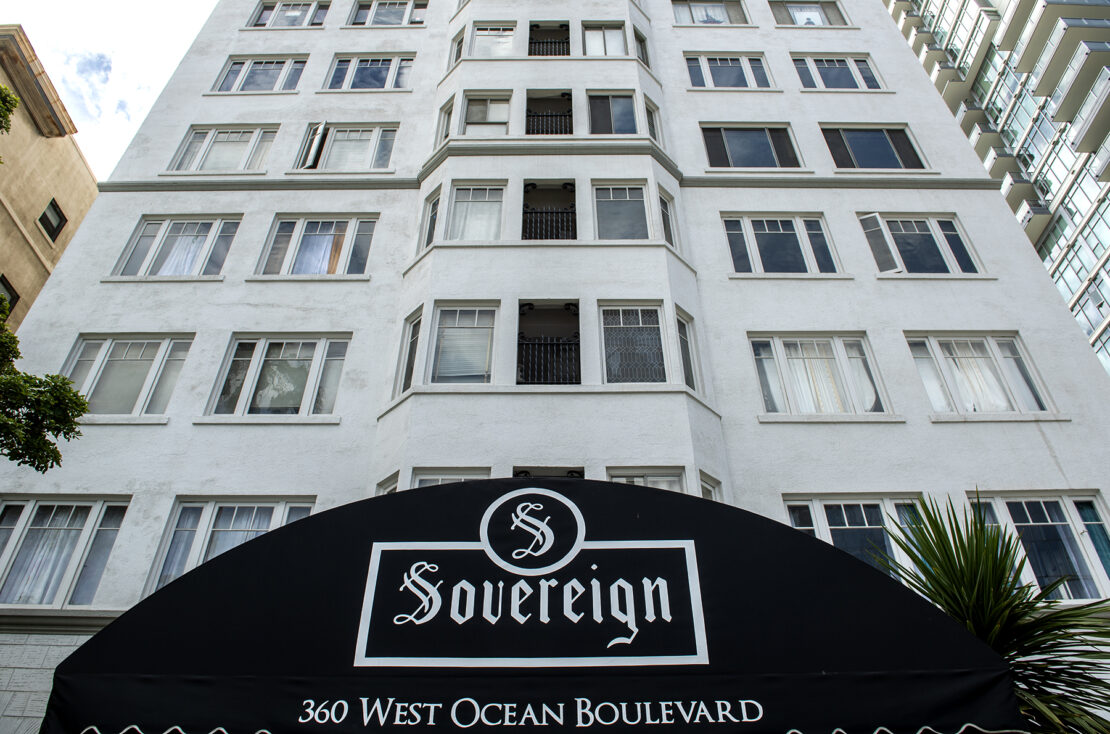 It’s fallen, though, in the hierarchy of Ocean Boulevard condos, staying more or less the same, save for upgrades done by individual owners over the decades. The ballroom/solarium isn’t much in terms of amenities, nor is the laundry room, in comparison to the offerings at the newer, swankier, condos on the boulevard today.

And while those newer luxury condos can regularly sell for well over a million dollars, units at the Sovereign tend to sell from the low $200,000s to over $400,000—or about half of what it cost to construct the whole building in 1922 and 1923.