Now that California has given the OK, when will LBUSD elementary schools reopen? • Long Beach Post News
- ADVERTISEMENT -

Now that coronavirus infections have subsided enough for elementary schools to reopen under state guidelines, all eyes are on local officials to decide when campuses will welcome back students.

The Long Beach Unified School District said today that more details will be coming soon about whether they’re still aiming for a March 1 reopening, but information put out by Long Beach Mayor Robert Garcia Tuesday afternoon suggests that date will be pushed back to allow for staff to be vaccinated.

“We have provided LBUSD with enough vaccine appointments to vaccinate all K-2 teachers and staff. I believe those appointments will go out later today. And yes, teachers and staff should be vaccinated with both doses before campus re-openings,” Garcia said during an impromptu Q&A on a Facebook page for the Teachers Association of Long Beach, which questioned whether teachers were really getting vaccinated as quickly as the city promised they would.

The union said an unscientific polling of their members in grades K-2 found about a quarter of them were still waiting for their first dose of vaccine—something Garcia had promised would be finished by this week.

“It is either going to be a very busy four days for teacher vaccinations in Long Beach, or the K-2 teachers in LBUSD will not be vaccinated by the end of the week,” the union said in a post that kicked off the exchange. Depending on the vaccine’s manufacturer, it can be three to four weeks before recipients get the second shot.

Although the mayor doesn’t have authority on school openings, his words hold additional weight because sources at the LBUSD have said he’s had an active hand in brokering negotiations between the district and its employee unions in recent weeks. 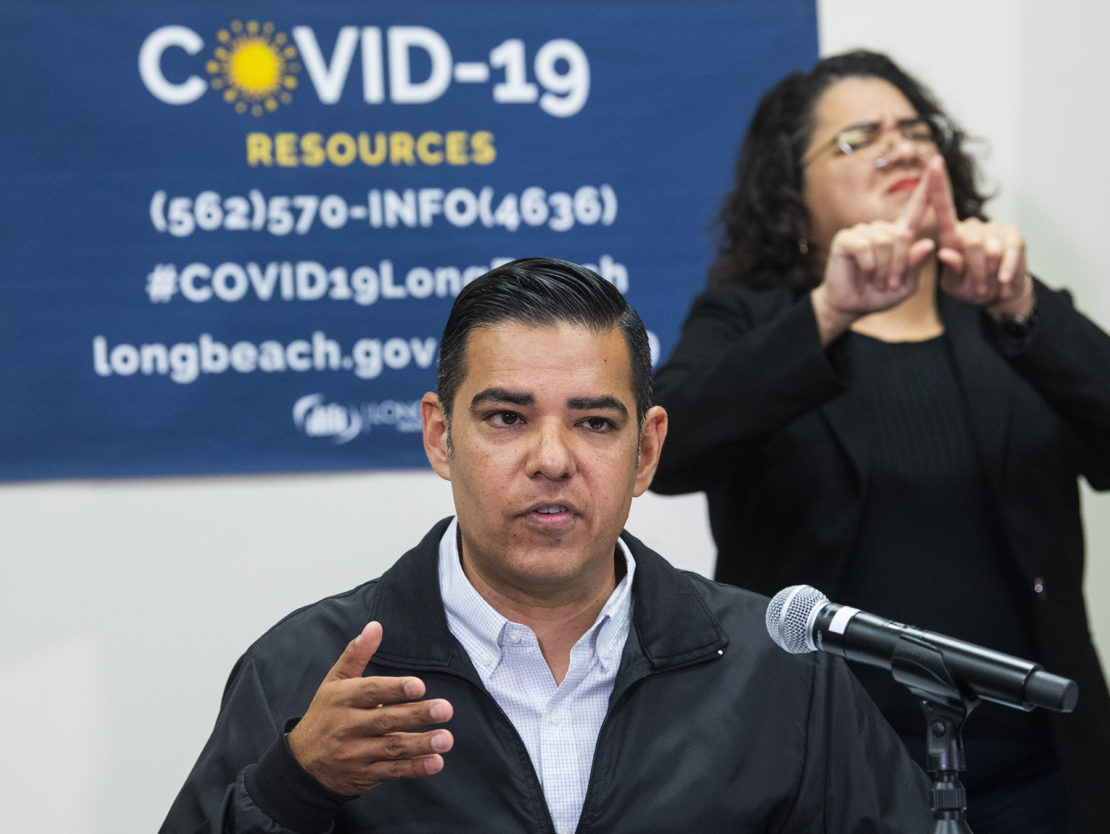 The sides have worked to speed up vaccinations for teachers and other on-campus employees after the union criticized administrators for not prioritizing the shots for teachers in lower grades, causing a scramble for open appointments.

Nevertheless, Long Beach is vaccinating teachers faster than its neighbors. Los Angeles County health officials said they hope to start rolling out the first vaccines for educators on March 1. The Los Angeles Unified School District has said it wants its staff to be vaccinated before reopening campuses.

Garcia declined to comment for this story, but on Facebook he said parents should expect an update on reopening plans “soon.” He emphasized the timing is an LBUSD decision.

If the district does wait for elementary school teachers and staff to get their second dose of vaccine, it will undoubtedly delay campus reopenings past the March 1 date district officials have repeatedly said is the target.

The LBUSD had previously said that if it does not reopen March 1, the next target would be April 12, the Monday after spring break.

The district declined to provide any more details Tuesday. “We should know more after tomorrow evening’s board meeting regarding the timing of a phased reopening of in-person learning here,” LBUSD spokesperson Chris Eftychiou said.

The machinations about exactly when elementary schools would reopen were so heated Tuesday because of the state’s announcement earlier in the day that coronavirus infections had subsided enough for kids in sixth grade and below to return to campus.

That benchmark was a major hurdle, but before reopening, schools must still submit safety plans to state and local health officials that include physical distancing, masking, adequate ventilation, infection control, and a testing plan for symptomatic and asymptomatic students.

The campuses must also maintain fixed cohorts of students who only interact with their own class. The sizes of that groups would be dependent on maintaining 6 feet of distance among members.

“The classroom setting looks very different right now than it looks like a year ago in February,” LA County Public Health Director Barbara Ferrer said in a briefing Tuesday.

But, she said, if campuses follow the required protocols, schools “are not high risk settings” for COVID transmission.

More than 2,200 school sites across the county have already reopened since September—be it under waivers for lower grades or for specialized services—and outbreaks have been “relatively rare,” she said.

As long as they’re approved by state and local health officials, schools can reopen a week after submitting their plans, according to Ferrer, who emphasized that each district or school will have to make the decision for themselves about when to welcome back students.

“This is a steep hill to climb,” she said. “For the schools that have reopened, there’s nothing easy about making the modifications required to reopen.”

LBUSD students have struggled under distance learning, with the numbers of failing grades spiking last semester, but it’s unclear at this point how many families would feel safe returning.

When the district surveyed families over the summer, 58% of elementary parents wanted an in-person option for their child, but much has changed since then.