Jose Luis Silva, better known as “Coach Louie,” said that COVID-19 has prevented his nonprofit, Long Beach Pop Warner, an athletics program of more than 40 years, from fundraising for football gear on its own.

Car washes and restaurant fundraisers did not happen during the pandemic. Silva, board president of Long Beach Pop Warner and a coach, would also typically discount the $375 football membership fee for a few families tight on cash. But this past year, many parents lost their jobs, making the need even greater, he said.

This is why 70-year-old Silva is asking the public to help him raise $10,000 on GoFundMe for equipment intended for hundreds of youth between the ages of 5 and 14. Any additional money raised would be used to help cover memberships costs for youth on his nine football teams, he said. 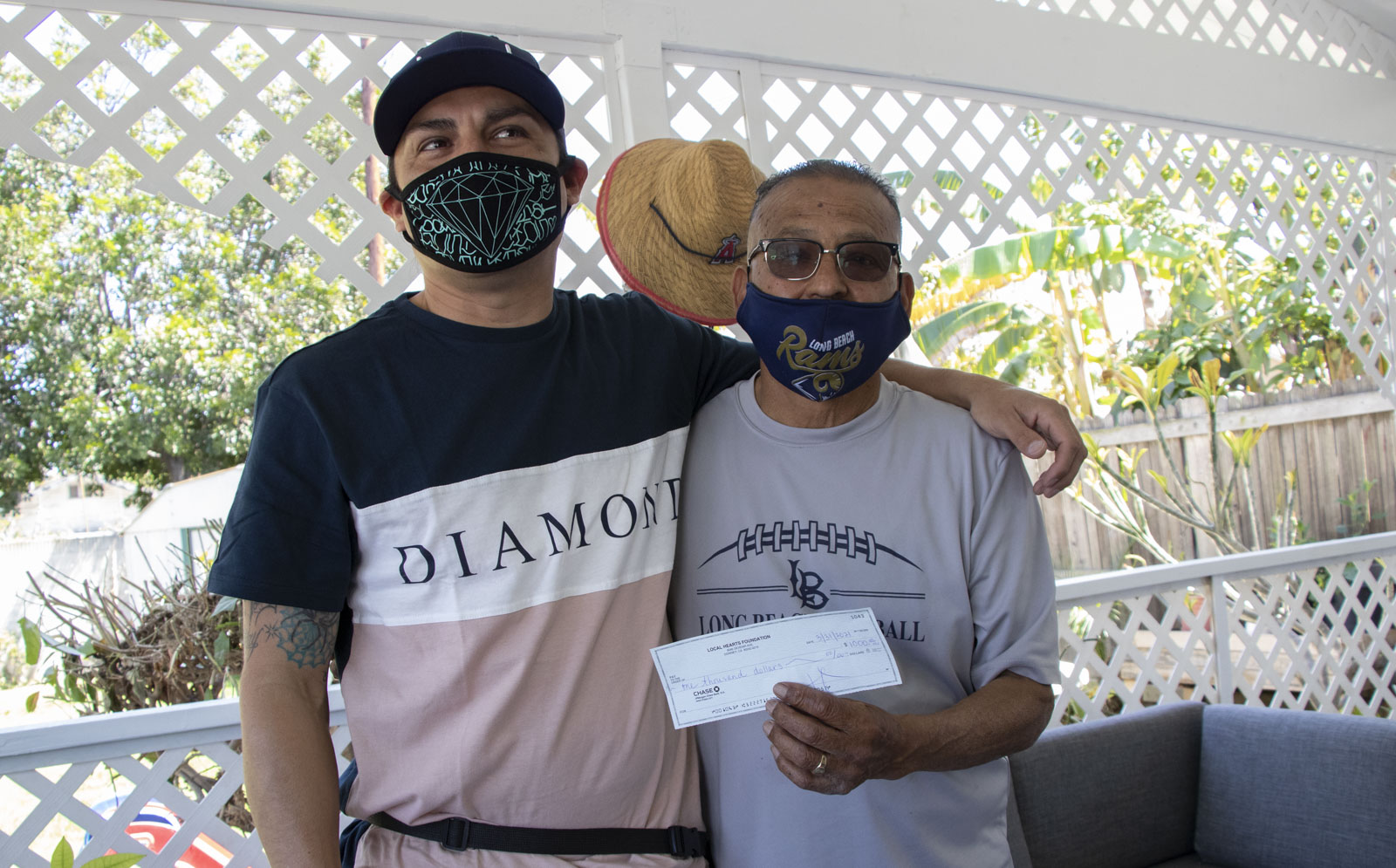 More than ever, he wants the youth to be able to play another football season this year because they need an escape.

“We can’t allow that to crumble,” said Tito “The Hood Santa” Rodriguez of the nonprofit Local Hearts Foundation, which donated $1,000 and stacks of boxes filled with 21,000 disposable face masks for Silva’s teams Wednesday afternoon.

A rise in violent crime, Rodriguez said, concerns him because Pop Warner, like other youth programming, has served a crime prevention method in pre-pandemic years.

Lately, parents have been blowing up Silva’s phone to ask about the prospects of the football league for their eager children.

Silva first started coaching football nearly 30 years ago. As a Mexican teenager migrating to California, he would “get into trouble.” Discovering football, he said, kept him off the streets. Coming full circle, he became a coach to influence the lives of youth who were in similar situations.