A new generation of kids in Long Beach is feeling the excitement for Friday’s release of “Space Jam: A New Legacy,” the LeBron James-led sequel to the 1996 Michael Jordan original. But nobody in town is as excited as Long Beach State alum DeAnthony Langston.

Although Langston’s face never appears in the original movie and he has no lines, he was one of the invisible stars of “Space Jam.” He played the motion-capture role of Blanko, one of the superpowered “monstars” that try to defeat Jordan and the Looney Tunes. 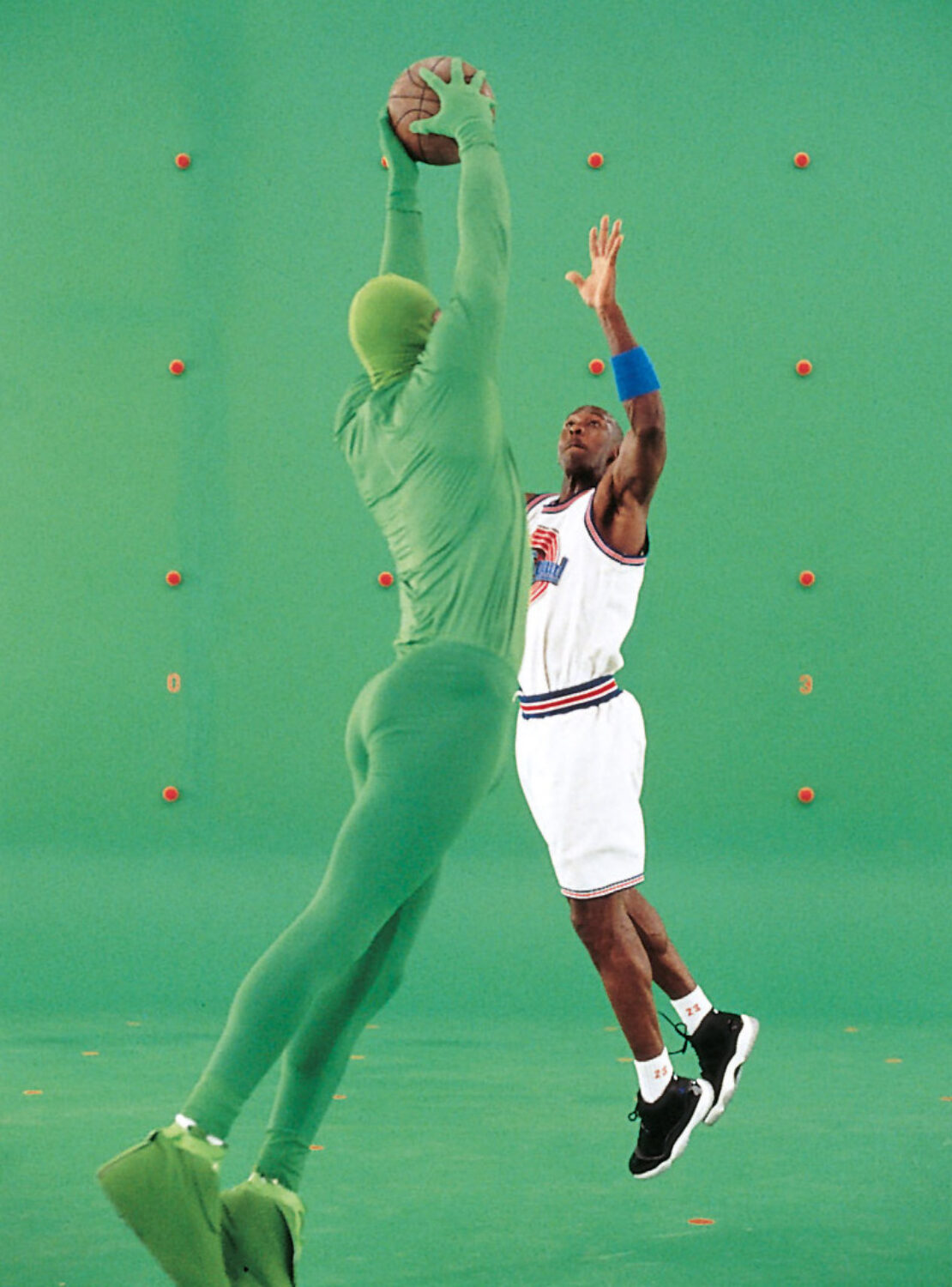 “We were getting something like $2,500 or $3,000 a week to shoot it,” Langston recalls. “It was unbelievable at the time, those checks—but what’s been more significant to me is the residuals kept kicking in for the last 25 years, and with the new one coming out, I know there’s going to be a nice jump.”

Langston was a four-year basketball player at Long Beach State in the 1980s, where he averaged 10.4 points per game, five rebounds per game, and led the team in blocks all four years. Langston, who is 6-foot-10, has stayed active in the area and is the founder and director of the Real Run summer basketball league in Lynwood, which has allowed him to mentor local kids for more than 20 years.

Langston played professional basketball overseas for several years after graduating Long Beach State, but it was connections he made with commercial director Joe Pykta while playing in Southern California that unlocked his acting career. Pykta hired Langston to serve as an opposing basketball player in Nike commercials with Jordan and Charles Barkley, and he remained a friend while working with Pykta on other gigs.

“When he became the director of ‘Space Jam,’ I knew I was in,” said Langston.

Filming for the movie was strange, with Langston and the other motion-capture actors donning green suits that covered every part of their body except for their eyes, making it easier for animators to replace them with cartoon characters. For weeks, Langston and the other actors guarded Jordan and blocked his shots—or got dunked on. 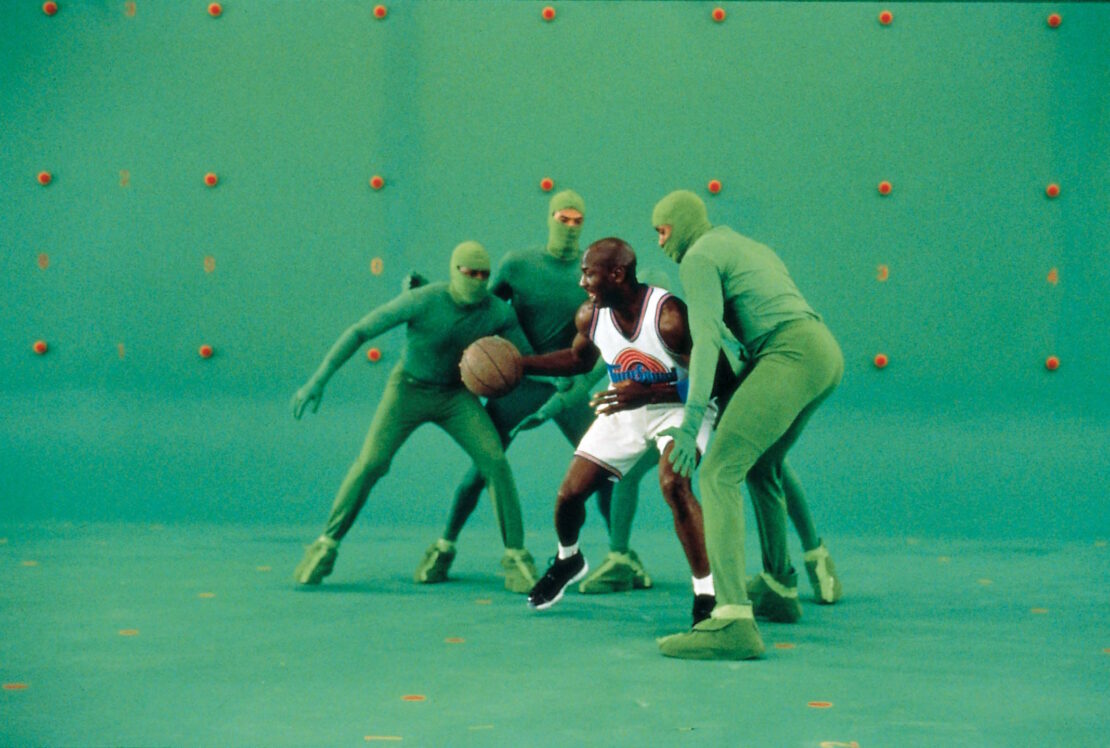 Long Beach State alum DeAnthony Langston (the tallest green-screened actor) served as a motion-capture stand-in for one of the ‘monstars’ in the original ‘Space Jam’ movie. The sequel comes out Friday. Set photos by Warner Bros’ Bruce Talamon, courtesy Langston.

As alien as the filming environment was, Langston said one of the highlights of his life was the time spent in the “Jordan Dome” on the Warner Brothers Studio’s lot. Because Jordan was filming the movie during the NBA offseason, he wanted to be able to continue to train and stay in shape. So the studio built him what’s become known as the Jordan Dome, a pop-up basketball court in a large inflated facility that was air-conditioned and featured a lounge and weight room, as well as the actual court.

Because of the LA location, the top players in the world came through to hang out and play with Jordan—and Langston—in what Slam Magazine called “some of the best pickup basketball games ever played.”

Jordan invited Langston into the club, where he spent a few hours every night after filming playing alongside Jordan, Patrick Ewing, Reggie Miller, Larry Johnson, Alonzo Mourning, Grant Hill and others. And the star power wasn’t just on the court. As set photographer Bruce Talamon recalled for Jordan’s website, “You would have the biggest Hollywood stars who would want to come into the Dome and watch him play. … Michael was the real star.”

“That was the best basketball for me ever in my life,” said Langston. “No one was filming, but it was like an NBA All-Star Game every night.”

Langston was the only person besides Jordan who was acting in the movie as well as playing in the open runs at night, so he saw firsthand Jordan’s legendary work ethic, with a call time for the movie at 6 a.m. and games that would frequently last until 10 p.m. at night.

“Every day for two months, you’ve never seen anything like that,” he said. “All the big NBA guys were there almost every day. Halle Berry would come by for lunch. He was just that guy.”

Langston said what made it even more special for him was that even though he was in Los Angeles, he was still on his Long Beach home court—literally.

“They actually used the Long Beach Arena hardwood floor and the baskets. They weren’t being used in the Arena so they drove that up to use in the Jordan Dome,” said Langston. That allowed him to get in some trash talk with the notoriously competitive Jordan. 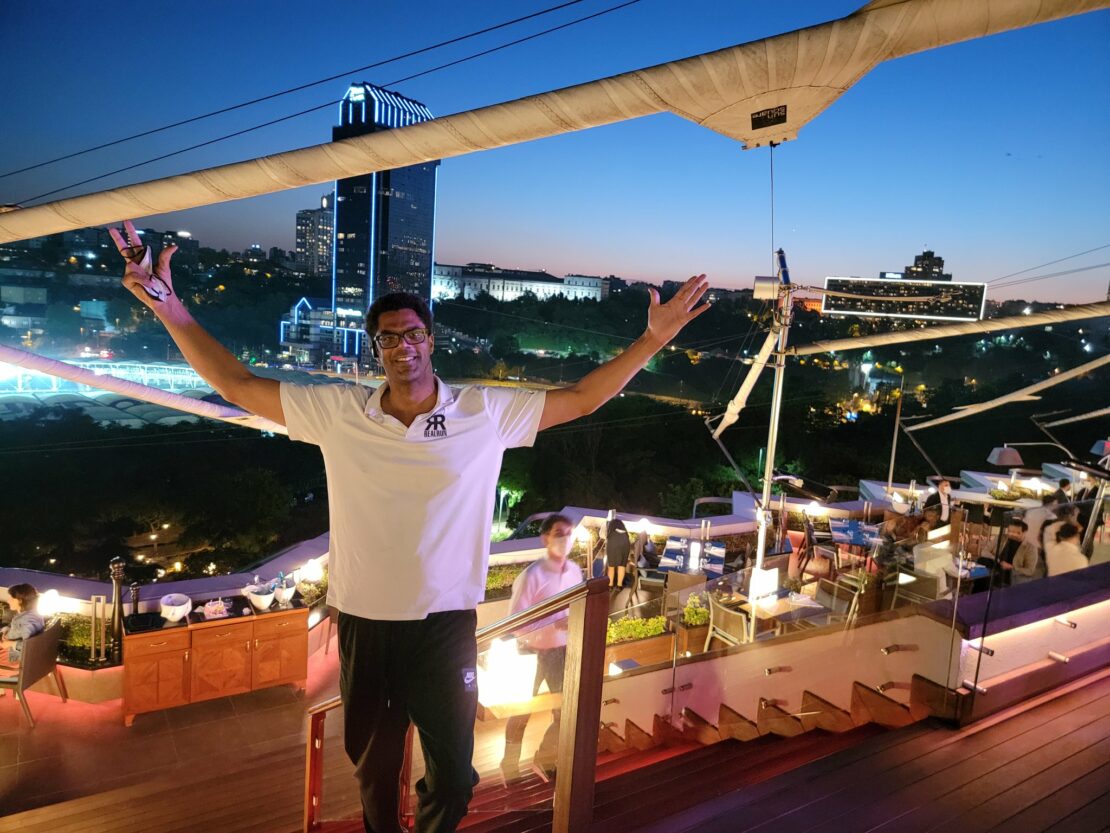 “I told him, ‘I’ve scored more points on this court than you,’ and he started telling me how many points he’d scored in the games that week,” laughed Langston. “Then I told him to look at the court. I said, ‘This is my college floor!’”

Langston and the court weren’t the only Long Beach ties in Space Jam, either. The baseball scenes at the beginning of the film were shot at Blair Field, with LBUSD elementary school students in the crowd as extras.

Langston and Jordan have remained on good terms, with Langston coaching at several of Jordan’s youth camps over the years. It’s a relationship born out of respect, and from Langston not being intimidated by the legendary trash-talker.

“The way he talked to some of his friends on the court, Jesus Christ,” said Langston. “We’re showering after a game and I asked him, Why do you talk to these guys like that? He said, ‘You know why I like you so much? If I come in the gym and say F— you, you’re going to say “F— you right back. I can’t stand people who are supposed to be my friends acting like groupies.’”

Langston has enjoyed reflecting on his Space Jam experience with the upcoming release of the movie’s sequel. After having made a successful career and life in basketball, he’s as appreciative for the memories as he is for the enduring residuals checks.

“The money is great, but to me, being picked during those open runs and Mike making sure I was treated as an equal with these NBA legends, that was crazy,” said Langston. “The biggest player in the world, ever. Mike stamped me, so I’m solidified forever.”