POW! WOW! mural fest is back in September, this time with a sculpture festival too • the Hi-lo
- ADVERTISEMENT -

After postponing last year’s festival due to the coronavirus pandemic, the 6th annual POW! WOW! Long Beach is back for 2021, announced Intertrend, the Long Beach-based communications agency that organizes the event.

The week-long mural festival is slated to kick-off at the end of September, promising all the massive, beautiful art that has spawned 94 murals across Long Beach buildings and freeway underpasses since its inception in 2015. This year, though, they’re stepping it up a notch.

For the first time, POW! WOW! Long Beach will also include a sculpture festival on the beach, featuring large, interactive art installations.

The sculpture artists and their work will be announced in the days leading up to the festival, but organizers did reveal this year’s theme: rise, play, repeat.

“The idea is we’re coming together to heal the community through public interactive art,” Cassandra Leeman, regional director of POW! WOW! Long Beach said. “We felt like more than any other year, this year really needed a theme of bringing the community together.” 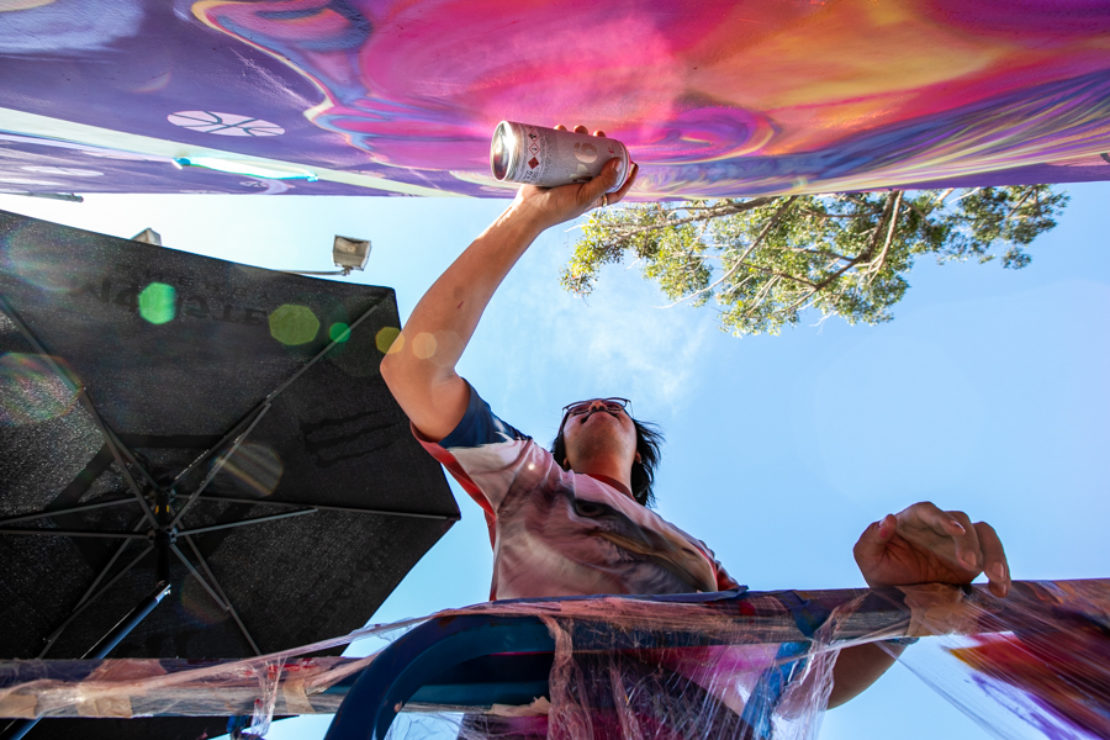 The sculptures are designed to be interactive and playful, emphasizing the “play” part of the theme.

The idea, she said, is to create whimsical works people can interact with that safely relieve tension and stress associated with social interaction caused by the pandemic.

The mural demonstrations, in which former POW! WOW! artists, whose works were graffitied last year, will be invited to come back out and paint new images over their works.

“Through the pandemic we’ve all had to deal with the increase of damage and graffiti to murals,” Leeman said.

Typically, the city will have the defaced murals painted over white, but Leeman said by having the artist create new works, they will be reclaiming ownership.

Popular POW! WOW! mural painted over due to vandalism

The local iteration of POW! WOW! Worldwide, an international mural festival founded by artist Jasper Wong and celebrated in cities all across the globe, invites international artists to Long Beach to take part in the festival.

Selected international artists who are unable to attend due to travel or time restrictions this year have the option of allowing a local artist to paint over their defaced work.

Artists and mural locations will be announced on the POW! WOW! Instagram in the weeks leading up to the festival. For the beach sculpture festival, POW! WOW! has its sights set on the Alamitos Beach area, but the location is still to be determined.

The sculpture festival will not be an annual event, organizers said; the next sculpture component to POW! WOW! is slated for 2023.