Sushi is not just one of the world’s most revered cuisines—there are over 200 Michelin-starred restaurants in Tokyo alone, led by the famed subway icon Sukiyabashi Jiro—but one of its most intimate.

An omakase course, for example, is one where piece after piece of sashimi or sushi, course after course is dictated by the experience between the diner and chef. While the chef might have something in mind, those dishes might shift mid-meal as the chef gauges reactions, comments and conversation. It is not far from its cousin, the kaiseki course, which is a true prix fixe in a Japanese meal: each course is pre-chosen and, like any prix fixe, each diner in the restaurant goes with the flow of that menu. 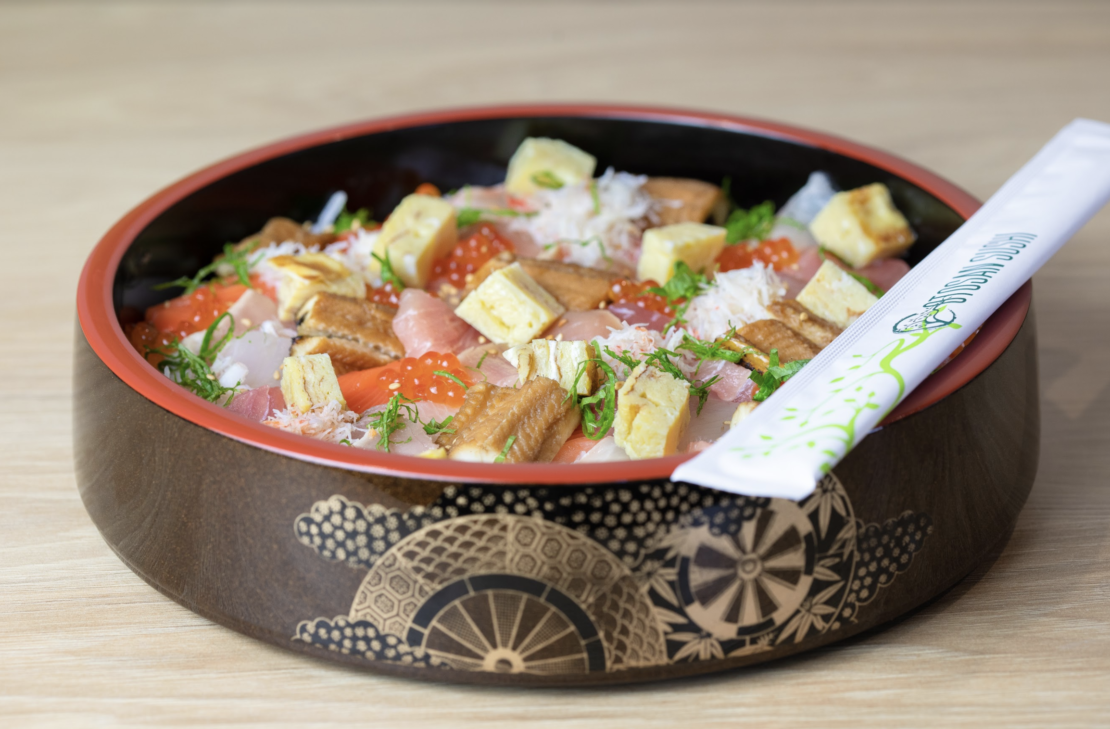 The uni chirashi bowl at Otosan.

It is an intimacy that runs counterintuitively to the situation we find ourselves in today, where food is served with a significantly less personal connection. Amid sushi served in to-go boxes consistency is much more difficult to control. Consider the temperature of rice, a critical component in sushi. Those wooden boxes which hold shari, or sushi rice, are ohitsu containers that help keep the rice evenly at room temperature so that every serving remains balanced. That gets lost a to-go container.

So why is Jae Woo, a first-generation Korean-American and daughter of a father who has a line of restaurants that run from Alaska to Portland, opening Otosan, a sushi restaurant, at one of Long Beach’s newest retail properties, 2nd & PCH? 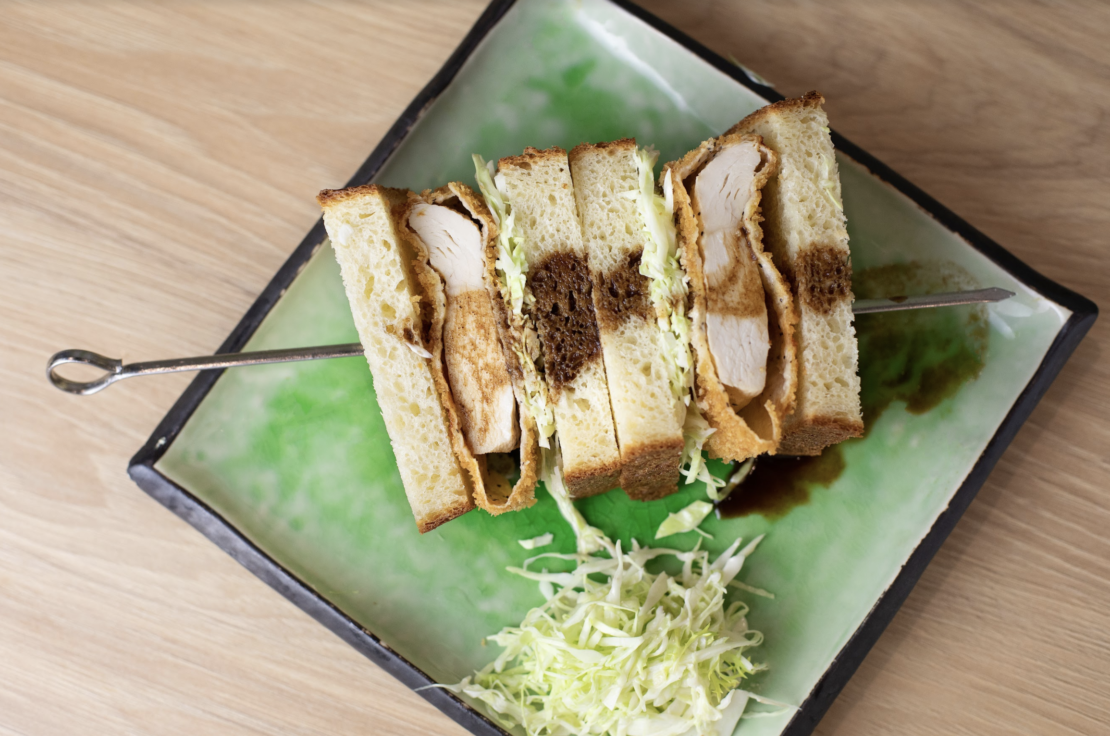 For years, Woo has longed to be her own boss.

Bogged down by the corporate world she found herself in, her family came calling for help with Sinju, her father’s sushi space in Portland. Like many who come to “help out for just a bit,” Woo found herself happily immersed in the world of food, particularly the gorgeous art of sushi.

“It was supposed to be temporary but you know how it goes with family, you get reeled back in and never really leave,” Woo said, laughing. “I mean, I had always come in and out of the business, acting as bartender during summer breaks during college and whatnot. But then I found myself full-time-full-time.” 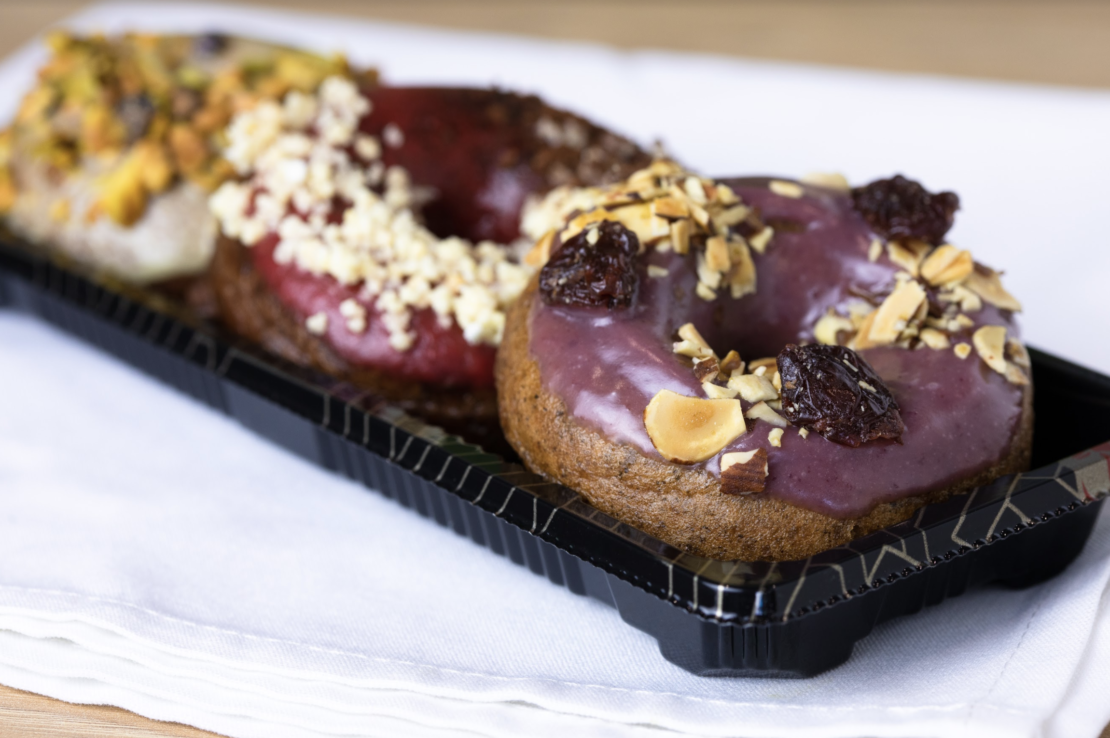 Since 2011, her submersion led her to believe she wanted to do her own restaurant, with something she once swore she would never do: sushi. She thought “maybe do something easy, like a bar or hamburgers or even fast food,” but not sushi. There is not only the difficulty in executing it well, but also the economics: the highest quality seafood served in a very short window of time.

In other words: Sushi is hard.

“But then I realized that I was not sticking to what I was good at,” Woo said. “And I really love delivering an elevated experience, especially within Japanese cuisine which is so good for delivering that exact kind of experience. At some point, I just got over the fact that sushi was ‘hard.’ I had a Come-to-Jesus moment with myself and I knew where my strengths were, so I went with it.”

Otosan at 2nd & PCH has been two years in the making, and was, by no means meant to be introduced during a pandemic.

While the chance to become a part of Long Beach’s newest retail complex “dovetailed at the perfect time,” Woo faced an obstacle when her first contractor, who began work in early 2019, not only walked away from the job site itself but took every plan with him when doing so. This pushed Woo’s original opening date of October 2019 back into 2020. Then, with a new contractor set to take the work, the stay-at-home order came down a week later.

“We had to take a detour—there was no option,” Woo said. “Opening up a restaurant even in the best circumstances is still unpredictable and clunky, but with legislation constantly shifting, it’s really impossible to form a solid game plan. That’s why we’ve decided to opt for take-out the first couple of weeks.”

While the long term goal will always be a high-quality, dine-in experience, for now, Woo is letting her two culinary stars—Osaka-based sushi master Chef Tamuro Siego and Pastry Chef Carolyn Dinh—figure out what is best in terms of how Otosan can introduce itself to the community without too much being lost.

For those desperate for an experience of their sushi, Siego offers a take-out “omakase” but is hoping that his take on other things like an uni chirashi bowl will translate well in the to-go world. A bowl filled with a rice bottom is layered with Siego’s choice of fish—sea bream, halibut, yellowtail—along with his house-made tamagoyaki, Japan’s famed rolled omelet consisting of layer after layer of thinly cooked beaten eggs.

“Our food isn’t meant to be taken out in a box and eaten at home—that’s a given,” Woo said. “But we are attempting our best to create food that is still enjoyable and when the time comes where we can share our space and spirit with the community, they will already have a sense of what to expect.”

Otosan Sushi is located at 6400 Pacific Coast Hwy. Order for pick-up and take-out can be done on their website.