The lack of Cuban food in Long Beach is glaring: The Raven’s Nest in Alamitos Beach and Tropicalata in Downtown have been closed for years, giving Long Beach its last formal taste of Cuban food nearly five years ago and forcing folks to make treks to longtime staples like Versailles and El Cochinito in Los Angeles or Habana Vieja near Torrance.

That void is exacerbated when it comes to Cuban offerings that cater to the city’s growing vegan scene—a scene that, pre-pandemic and amid it, has seen losses and lengthy closures, including the permanent closure of much-beloved Steamed—and that is precisely where Lobo Cuban Food, the brainchild of life and business partners Glenn Vilar and Troy Galvin, comes in. 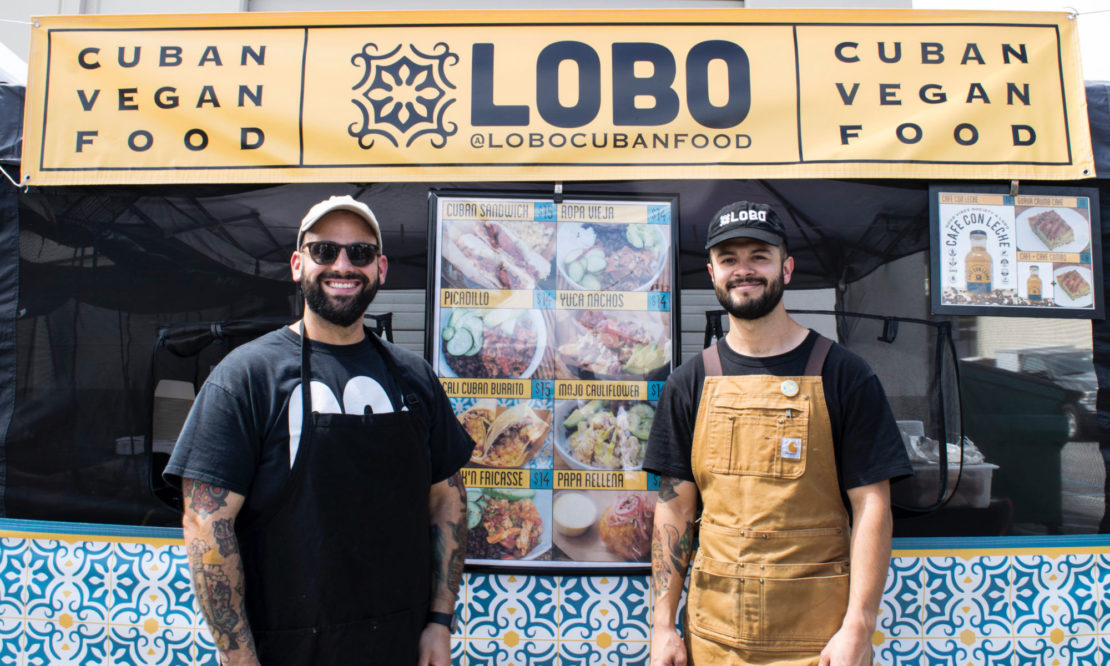 What does this translate into? A complete merging of Cuban, Californian and Angeleno influences that are as surprising as they are witty.

Their vegan Cubano sandwich is layered with a savory jackfruit take on ropa viejo, pickles, and smoked vegan gouda before being slapped with mayo and mustard. They have cauliflower smeared in classic Cuban mojo sauce. Their “loaded tostones” takes on the beloved Cuban classic of fried plantains and tops them with jackfruit, guacamole and sour cream. Nachos become carne asada fries gone vegan: Thick yuca fries are lathered with the pair’s signature picadillo before being slathered in a rich Tumeric-meets-garlic aioli, guacamole, and pickled onions. And then Cuba meets Mexico meets California in what is their most popular item, the Cali-Cuban Burrito that is loaded with that house-made picadillo, those yuca fries, black beans, rice, guacamole and that aioli.

It’s playful, accessible and vegan—and the pair hope that, as they work out of a commercial kitchen at Orange Avenue and Seventh Street, they can eventually expand into the world of food trucks.

“A food truck is totally the endgame,” Vilar said. “With the success of the past year, we’ve seen our menu continue to grow and expand. We started off with simple bowls and now we have everything from a papa rellena to breakfast burritos.”

That success is harnessed by pre-pandemic appearances at food festivals and events stretching from Orange County to Los Angeles, including the much-missed monthly Vegan District here in Long Beach while also receiving invites to take on popups in Portland and Phoenix that, due to simple manpower, weren’t a viable option. Come to the time of the coronavirus, the pair had to evolve. 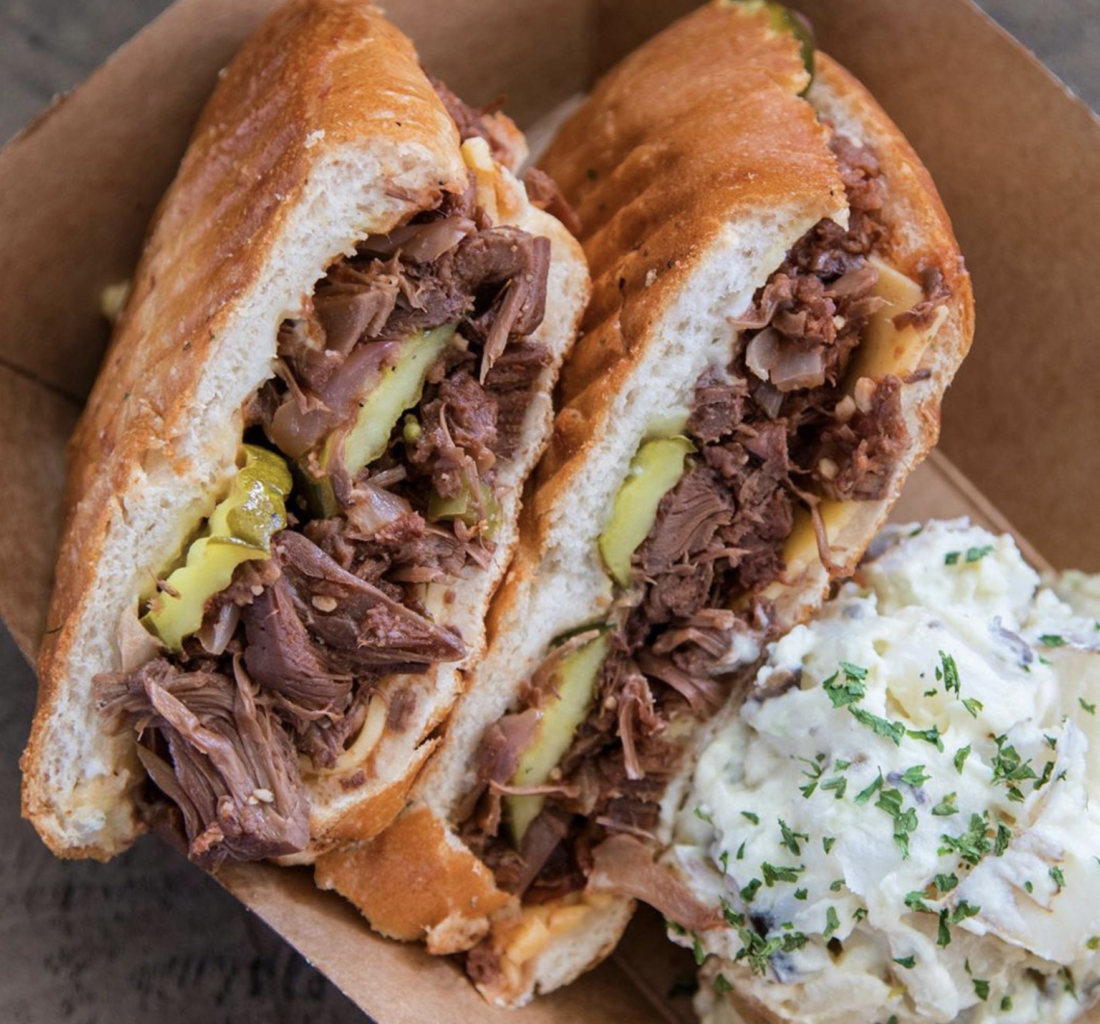 “The commercial kitchen we work out of is a much more viable option than ghost kitchens, which tend to be really expensive,” Vilar said, who shares that kitchen with the crew behind Feel Good Salsas. “With this kitchen, we are able to rent the space by the hour and the owner takes a small part of our sales. That allows us to let people know easily when they can pick up their food or how they can have it delivered.”

Their Instagram account becomes the source of that information, using GrubHub and local Maritime Courier for deliveries and their website for pickup orders as the pair continues to grow their audience.

Vilar and Galvin both met and studied together through their culinary education, a journey that ended with a five-course meal as their final project and one they dedicated to the heritage of Glenn’s parents: the sometimes underrated world of Cuban food. 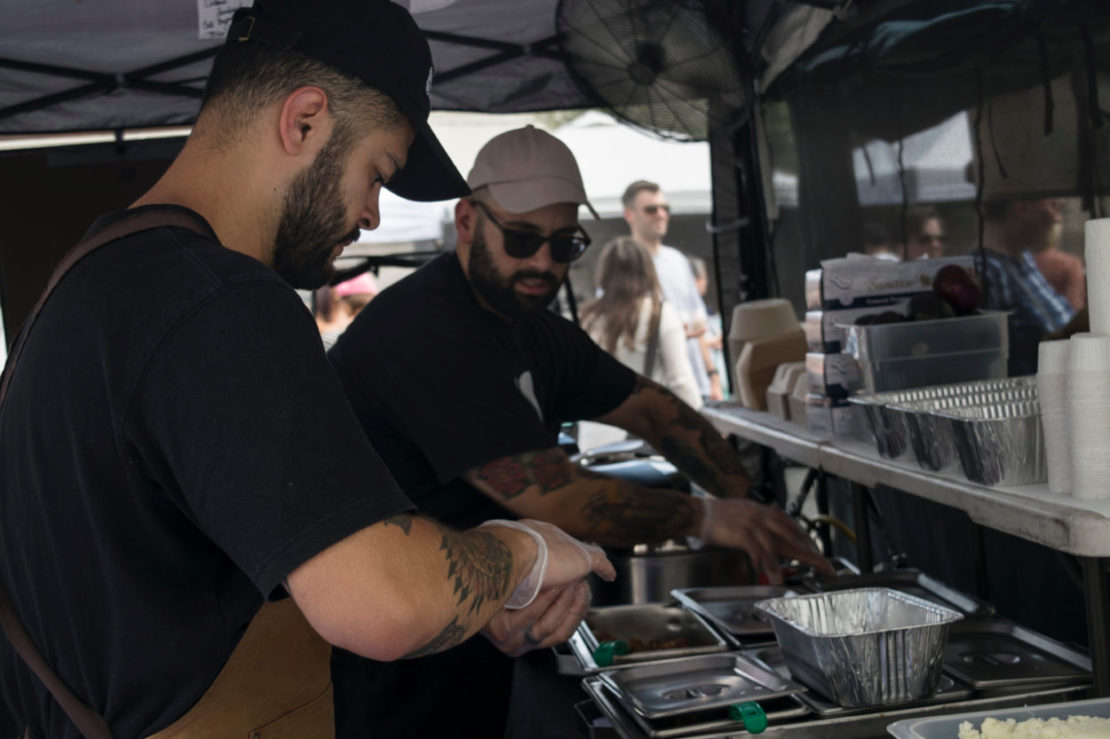 “I’m a first generation American and, given my parents’ heritage, I grew up eating Cuban food,” Vilar said. “It’s something Long Beach really needs and it’s been on my mind since day one. Even while I was working for Disney [as a pastry chef] and now working for Whole Foods [first as a baker, now as a manager], this is what I do on the side, and it always returned me back to that meal at culinary school.”

On top of being able to honor Vilar’s heritage, the pair can also align their interests with the vegan community. Citing everything from health and environmental concerns to animal welfare and respect for life, Vilar and Galvin’s choice to go vegan has also shed a spotlight on the lack of vegan accessibility.

“I just had my first trip to Cuba to finally visit family and it was really difficult to find solid vegan options,” Vilar said. “We were even met with criticism, like, ‘You can afford to eat meat and you don’t?’ It was like blasphemy.”