Note: All pictures were photographed using social distancing standards. Chef Pretty was asked to remove his mask for a photo before putting it back on.

It has been a distinctly difficult three years for Chef Philip Pretty: The man who introduced Long Beach to the SoCal bistro through his work at Restauration watched that space damaged by a fire nearly two years ago. He handled insurance companies and investors for nearly a year before finally reopening, only to find himself wanting to take a massive step away from the restaurant space to find his own path.

That path has led to Heritage, his first formal solo project (along with sister Lauren) post-Restauration—and, if anything, he not only gives Long Beach a sandwich shop it deserves but also churns out some of his most quality comfort food since the beginning days of Restauration. 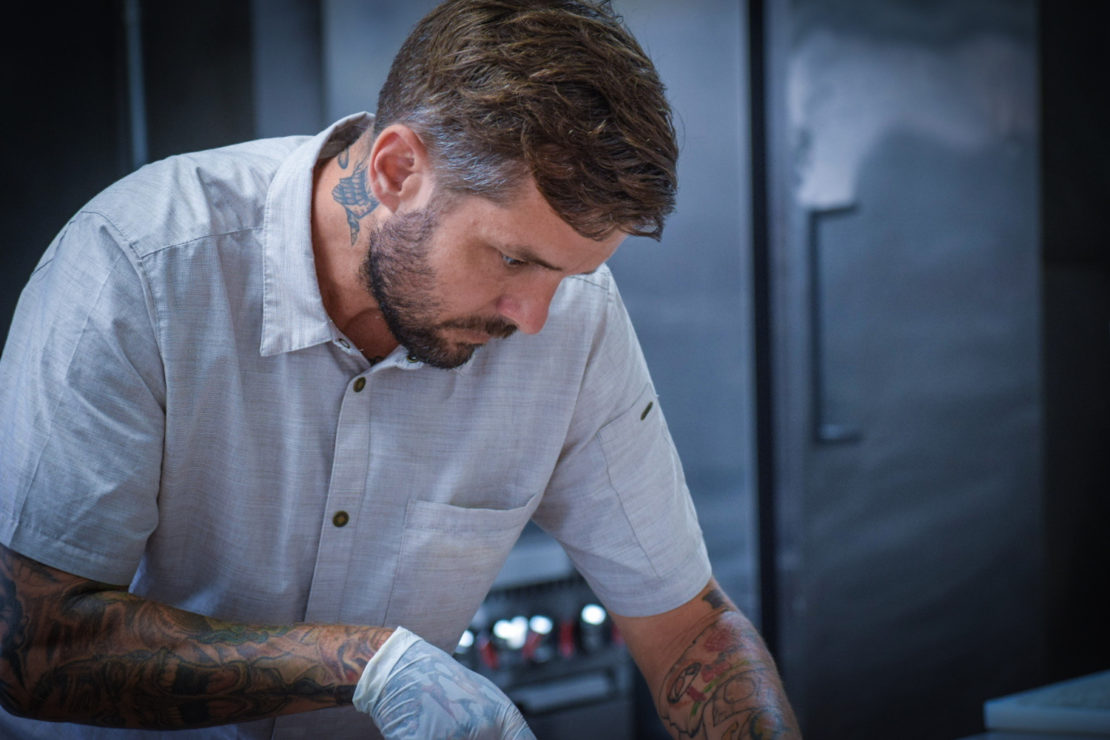 The sandwich scene in Long Beach, for lack of a less belittling term, is middling. Surely, there are plenty of decent Italian shops and delis: Old-school vibrations from Sante Fe Imports, Angelo’s and Modica’s have kept the city content while Chef Jason Witzl’s attempt to turn Ellie’s Deli into a casual deli/sandwich space that is on equal footing with its fine-dining sister, Ellie’s, has been valiant but still needs definitive fine tuning.

With Pretty, we are watching a chef whose food has been largely in-and-out due to both destruction and depression, the latter of which is important to point out: I have talked about “happy food” before and there is no question that Pretty has been handling a weight that could easily bring down the strongest of culinary minds. In-house battles with partners, a kitchen that can be as freeing as it can be stressful, and an instability in wanting to create more are common battlegrounds for chefs everywhere. Add onto that equation being shut out because of a fire and then once again being shut out because of a health pandemic, and it is easy to understand how cooking can seem uninspiring for a chef. 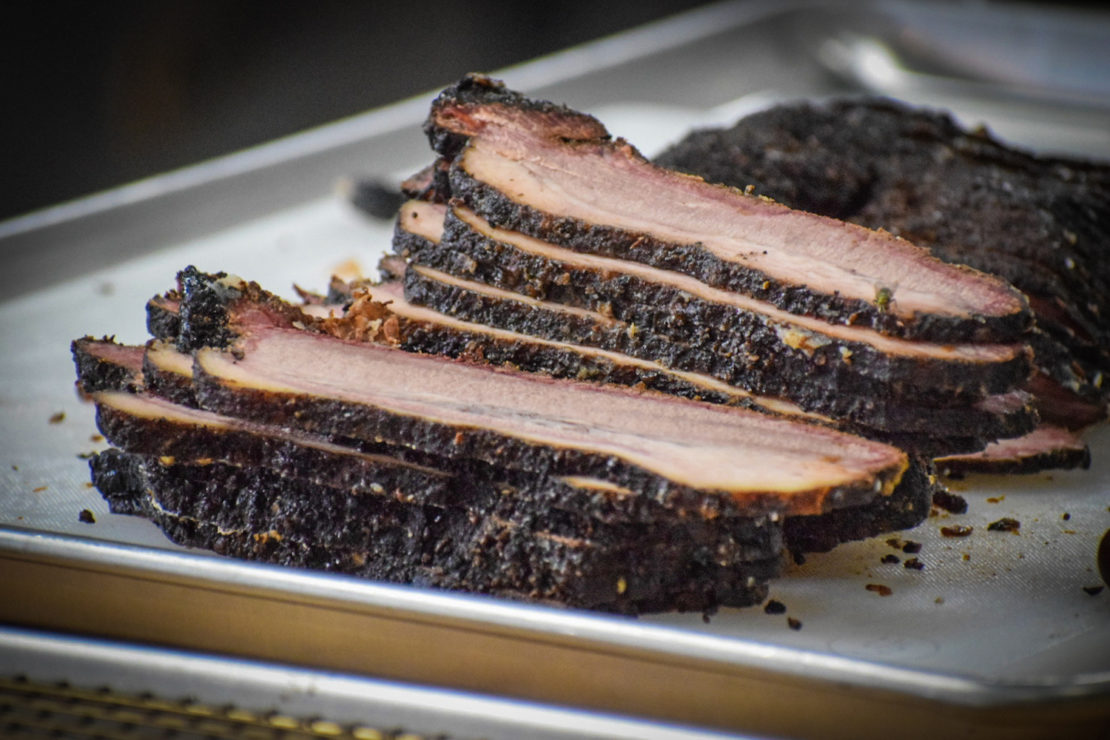 A stack of freshly sliced smoked brisket from Heritage. Photo by Brian Addison.

On that same level, as a food writer, the pandemic has introduced its own set of complexities and frustrations, often leading me to stray away from reviews and direct talks of food and focus on the macro-picture of what is going on with food.

It is safe to say that what we get at Heritage is nothing short of Pretty’s happy food and, from me, happy food writing in which I get to enthusiastically encourage people to enjoy food that can lift one’s spirit out of the quarantine ditch.

Heritage is a business-smart decision on behalf of the Prettys: Avoiding excessive refinement while elevating comfort food, Pretty and his crew have created a sandwich shop that Long Beach has long deserved. Tucked into what looks like a former house, patrons are invited to sit at picnic tables along a grass-lined edge and dig in simple food that is deceptively complex and fulfilling. 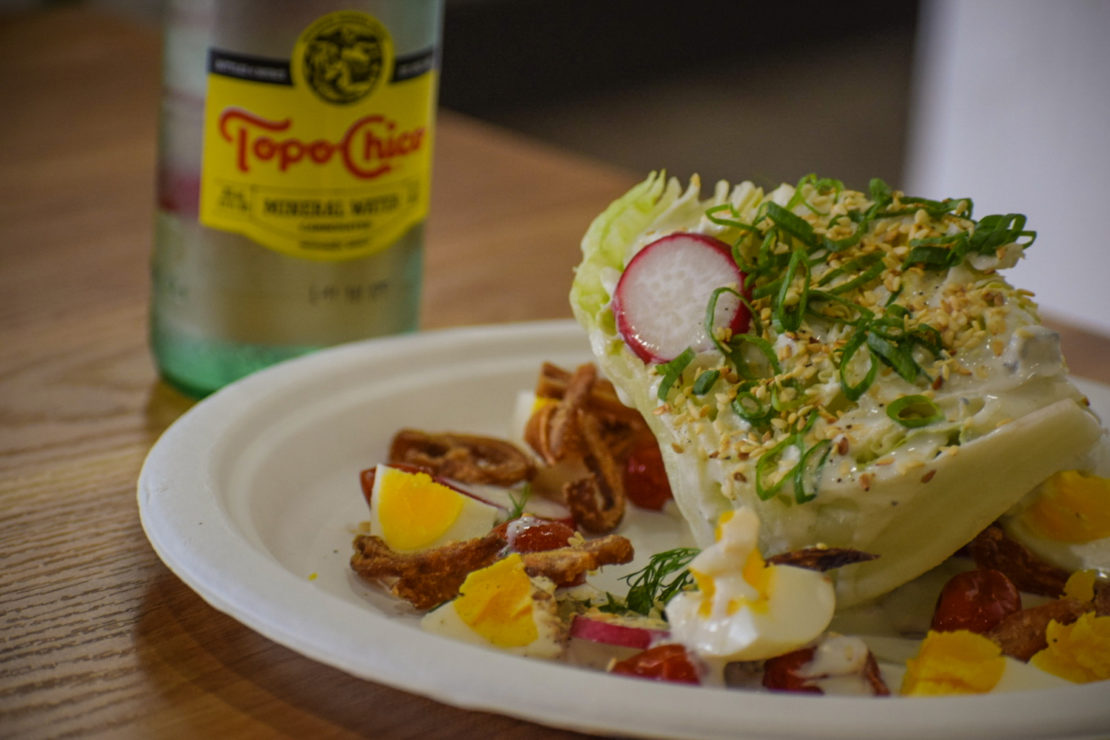 The wedge salad from Heritage. Photo by Brian Addison.

I am talking thick cuts of brisket—smoked for hours on end in the tiny-but-mighty smoker in the back—whose deep smokiness is sliced with house fermented pickles, a hefty-but-not-mayo-y slaw and a slather of aioli on buttery bread slices. It is a monster of a sandwich—drippy, messy, gooey—that is held together with the wonder of Long Beach cottage baker Jesse Hellen Llyod‘s masterful leavening work.

I am talking the BLT you thought you wouldn’t need but discover that it makes you rethink the power of pork and carbs: A braised-then-confited slab of pork belly sits in the fat until hitting room temperature, before being slapped onto a scorching pan and stuffed between that wonder of a bread and stacked with heirloom tomatoes, a pepper-meets-tomato jam, pickled onions, and hefty strokes of aioli. 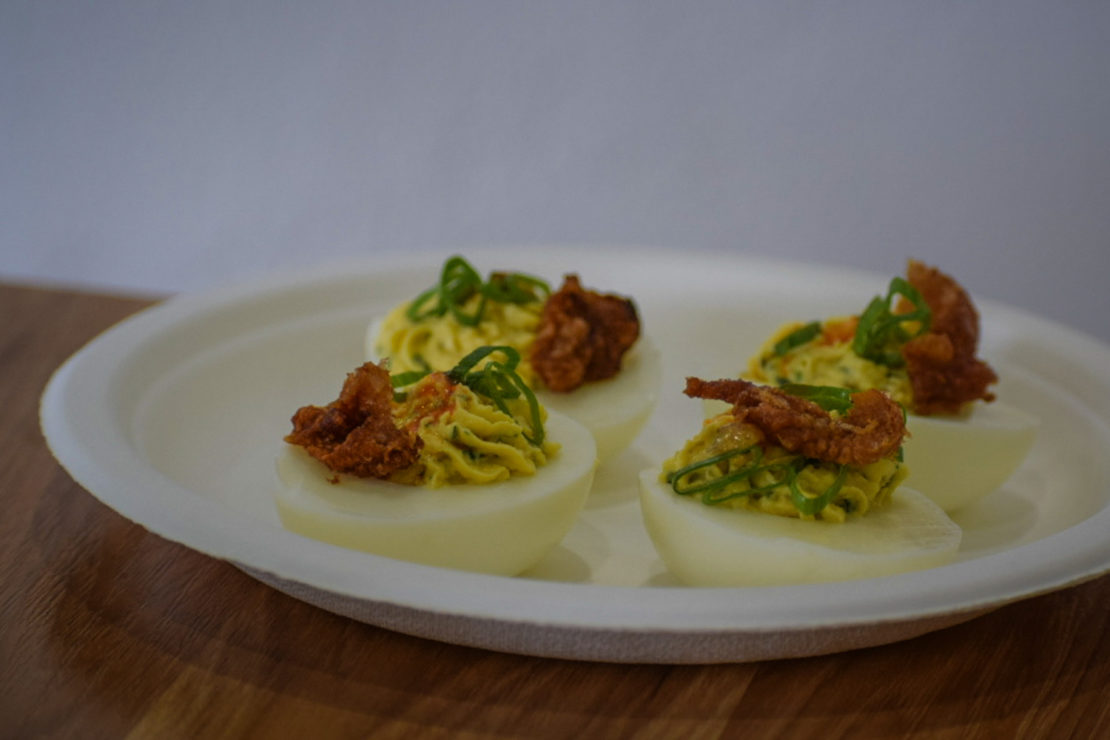 The deviled eggs from Heritage. Photo by Brian Addison.

Even in the sides, an accessible bunch of variants, Pretty’s sense of playfulness comes out: Pickled eggs—some of the best in the city—are topped with with perfectly crisped chitterlings and a fermented hot sauce that makes for a salty-meets-sour combination that is both new and comforting. His wedge salad, a masterful ode to the power of Humboldt Fog cheese and the underrated, yes-it-is-tasteless simplicity of iceberg, is the precise type of things that is wonderfully basic but incredibly satisfying (especially with details like pickled soft-boiled egg bits).

In other words: Pick up or take a seat at the picnic table at Heritage because it might—it just very well might—make you feel a sense of calming comfort.