Vegan burgers and dogs that can be stacked with vegan chili, vegan mac’n’cheese and more are finally arriving to Retro Row in Long Beach as Vburger opens its doors to a brick-and-mortar space for the first time come Wednesday, July 8.

Signing a lease in early 2019 for the small spot at 420 Cherry Ave., owners/ husband-and-wife team Paula and Alex Armstrong have been building a name for Vburger through popups while continuing to work their day jobs. This, they said, was not only to perfect their future recipe but also to continue pairing their fight for good vegan food with their fight for animal rights.

In fact, according to Alex, employees who volunteer at the Long Beach Animal Shelter will receive a boost in their pay to compensate for their time at the shelter, this is in addition to streamlining adoptions and foster care for animals through their restaurant.

“Our choice to go vegetarian about a decade ago was because of the love we began to develop for our dogs and animals in general,” Alex said. “We volunteered at animal shelters and it really helped us find a perspective on what and how we ate. From there, you begin to do more and more research and we were pretty much appalled by the dairy and egg industry, so we opted to go full vegan. At first, it was really me just veganizing all the meals I used to eat on the regular and, within the past year especially, there’s really been a lift in the quality of vegan food coming out—which has definitely helped Vburger.” 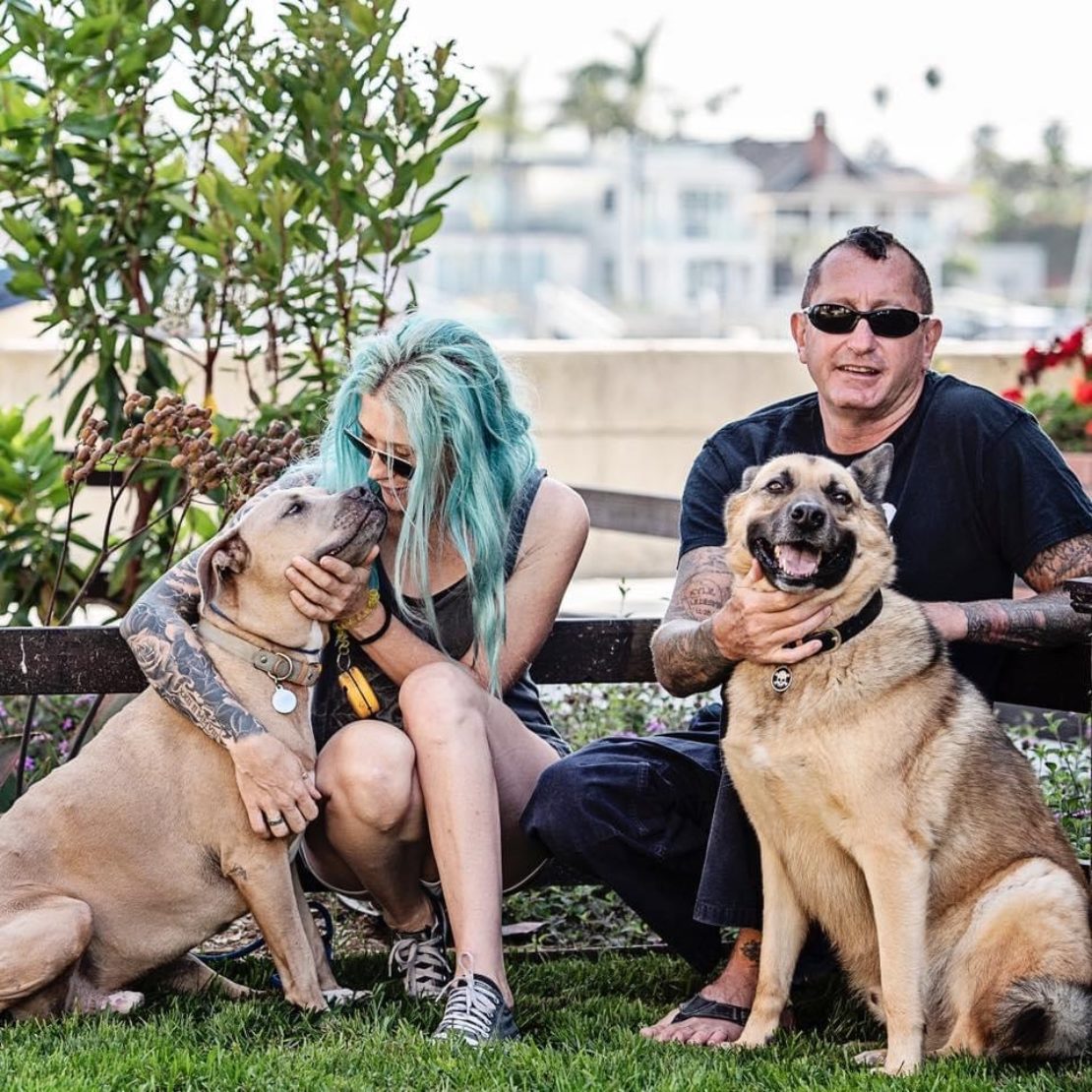 Paula and Alex Armstrong, owners of Vburger in Long Beach.

Brands like Impossible and Beyond, both carried at Vburger, have led to a growing normalization of vegan food nationwide. Fast food joints, from Del Taco to Carl’s Jr., have full vegan alternatives to their meat-centric classics while you’d be hard-pressed to find a non-vegan restaurant in any metropolis to not have at least a couple solid vegan entrees—and a side salad or a grilled portabella do not count. This isn’t to mention the growing popularity and quality of vegan cheeses, spreads, dips…

And while Long Beach’s own vegan scene has been steadily growing, the idea to have a space dedicated solely to vegan burgers and dogs seemed out of reach—at least in 2016, when the pair decided to go vegan. But as years passed and the success of spaces like Monty’s Good Burger in L.A. and Plant Power Fast Food in San Diego and, now in Long Beach, began to grow—along with stellar local vegan menus like the ones at The Good Bar and Seabirds and Ahimsa, so did the couple’s confidence that they could offer some genuinely solid vegan comfort food.

Of course, Vburger offers your standard burger and hot dog fare but Alex and Paula both encourage patrons to “work your burger.” Spending years perfecting the recipes, those feeling gluttonous while visiting the tiny shop can add vegan chili, vegan mac’n’cheese, or vegan scrambled eggs—a concoction of vegan eggs mixed with cheese and green chiles—to anything, including their vegan grilled cheese and quesadillas. To add to the comfort zone, vegan soft serve ice cream and milkshakes will also be on hand.

“We’re trying not to break anyone’s bank but still offer quality,” Alex said. “We’re working class people and we know we live in a working class neighborhood so keeping the food accessible has been key for us. We’ve built some really great relationships with our vendors to help achieve that.”

Vburger will open July 8 for take-out and delivery at 420 Cherry Ave.