The scene at the outdoor patio of the Uptown Commons complex almost looked like those from a time before the coronavirus: live music, families and “grand opening” signs.

It was a vision Myrrh Raguro, marketing strategist for the two restaurants, had for the Uptown Commons outside patio.

“We want to create a space where people can create art,” he said. “We’ve been locked up for so long; we want to make this a community.”

Eric Delacruz, chef and co-owner of Oi and Main Chick, said the community in North Long Beach has been generously supportive of his franchises coming to their neighborhood.

He said the biggest challenge was trying to find employees to work the restaurants leading up to the grand opening. Through a partnership with Pacific Gateway, the city’s employment partner, Delacruz was able to hire a staff to work at his shops. 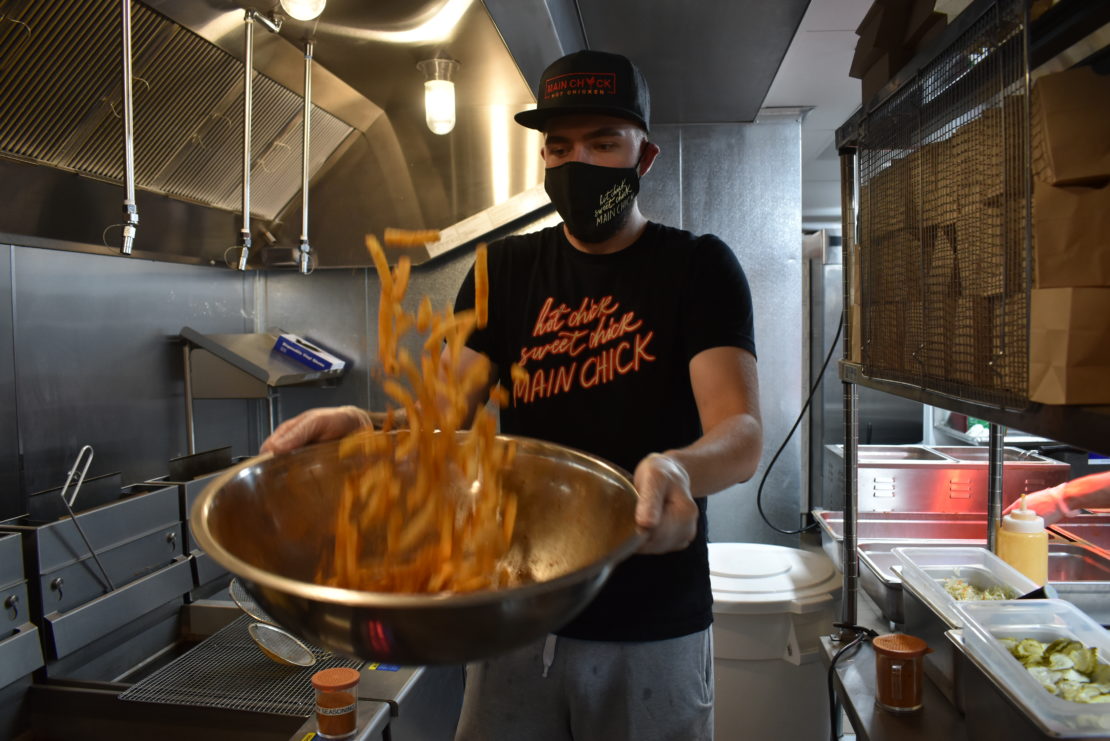 Sales at Delacruz’s shop have increased by 20% a day since it first opened last Sunday. As so many restaurants struggle to survive the pandemic, Oi and Main Chick are seeing consistent local clientele.

Oi’s cuisine consists of Filipino dishes infused with Korean and Japanese tastes and was founded in 2013. In early 2019, Delacruz, along with co-owners Kevin Popok and Calvin Skarlat, wanted to capitalize on the growing success of fried chicken, sold at place like Raising Cane’s Chicken Fingers, thus the creation of Main Chick.

Originally from the San Fernando Valley, Delacruz’s Oi franchise garnered praise at food events in Orange County before the pandemic. So far, there are eight Oi locations and three Main Chick locations. 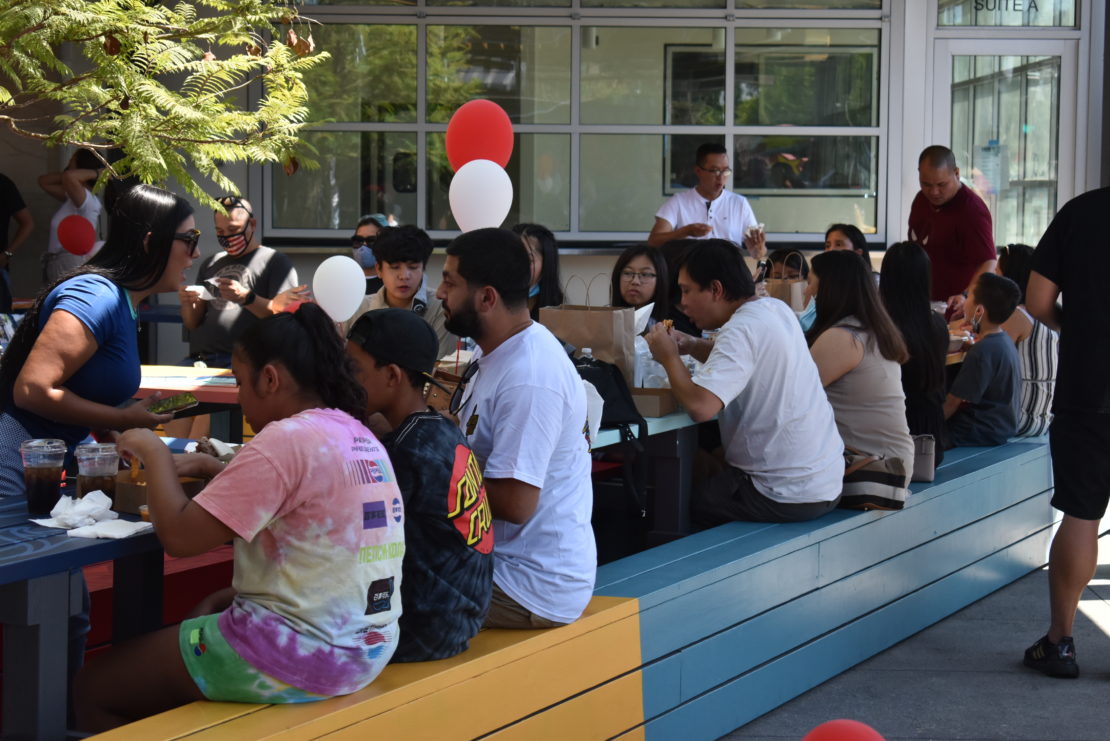