Movie-lovers looking to see Cambodian films will get their chance as part of the 9th annual Cambodia Town Film Festival this Saturday and Sunday at the Art Theatre.

The two-day festival will be featuring a curated selection of films, short films, Q&A’s with filmmakers, a “red carpet” treatment for kids and a book launch, Prach Ly, co-founder and co-director of the festival, said.

Due to the pandemic, the festival streamed virtually last year, but now with eased COVID-19 restrictions, the festival returns in person.

This year’s theme is a pink lotus, a flower that grows in Cambodia. Ly said the lotus symbolizes people emerging out from the pandemic like the lotus growing from, sometimes, “the dirtiest spots.”

“I just think that the last year or so, we’ve been going through so much, but in the future, we are optimistic that we can blossom and bloom like those beautiful flowers,” he said.

Starting at 1 p.m. Saturday, the organizers will open its festival with “Cirque Du Cambodia,” an award-winning documentary about two young men who run away and join the circus with the ultimate goal of making the Cirque Du Soleil. 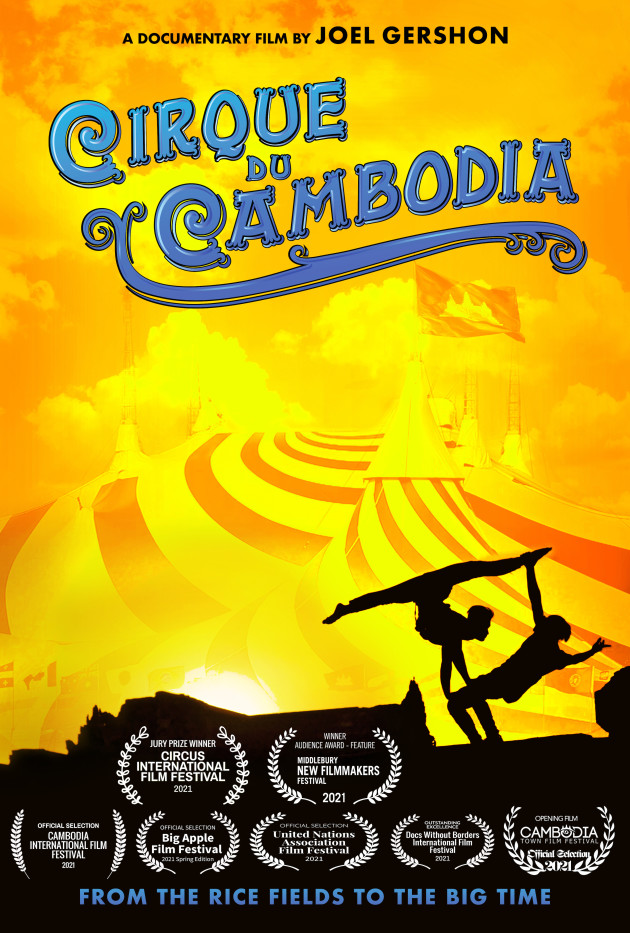 The documentary will be followed by a screening of five short films. At 7 p.m., Saturday will end with “Coalesce,” a feature film that follows three young people in modern-day Phnom Penh, Cambodia: an introverted teenager who was sent to the nation’s capital by his family to sell clothes in a tuk-tuk, a younger person who enters debt to buy a taxi, and a nightlifer and who dreams of joining a biker crew.

On Sunday kicking off at noon, the festival will showcase eight short films and “Fathers,” a feature film about a poor, cyclo driver who struggles to provide for his ill son. 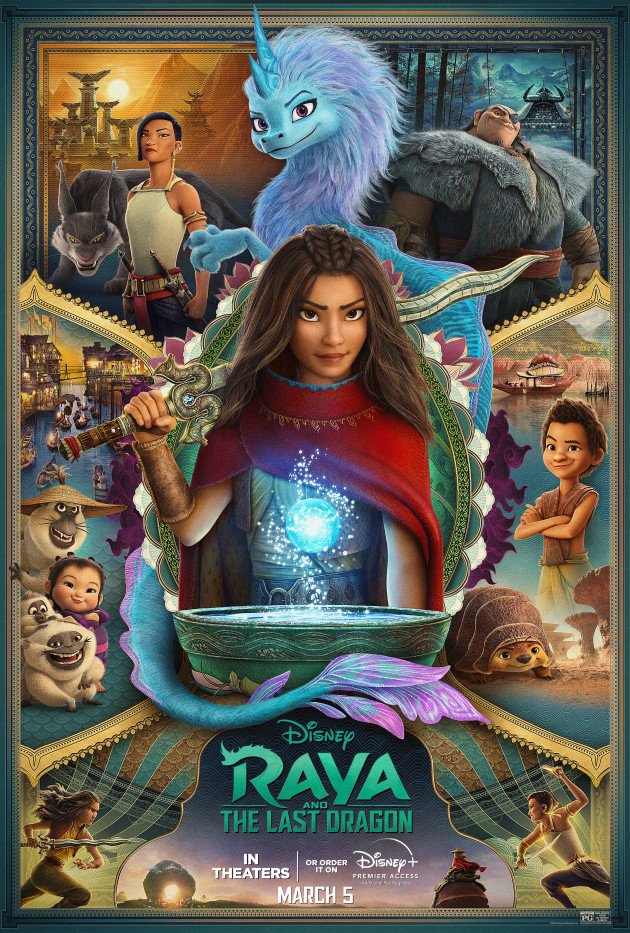 A movie poster of “Raya and the Last Dragon.” Courtesy of Cambodian Town Film Festival.

The festival’s last film will be a free showing of Raya and the Last Dragon at 6 p.m. Ly said special guests, including voice actors for the movie, will be holding a Q&A after the animated film.

More than 200 kids, many of who will be dressed in Raya-themed costumes, have been registered for this screening. About 50 of them were randomly selected to receive a “red carpet” treatment from the Khmer Alumni Association, a sponsor who has paid for their costumes, snacks and toys from the movies, he said.

“That’s gonna be bonkers,” Ly said about the number of kids they expect to see Sunday night.

The festival will end with a mixer at mixer and book launch and signing by author Christine Su of, “Voices of a New Generation: Cambodian Americans in the Creative Arts.” In this book, Su features 15 short stories about creatives, including Ly and his co-director, Caylee So.

“It shares the stories of the new generations that are here now and what they are doing to help build the community,” he said.

Ly added there are some tickets left that are free or are $10-$12 for viewing, movie-goers must register on their website to reserve a spot first. K-12 students and older adults can get in free for any film with an ID; college students get 50% off. If anyone is cannot afford the tickets can contact the Khmer Alumni Association to cover the cost, Ly added.

To enter the theater, movie-goers must wear masks and show proof of vaccination or proof of a negative test result within 72 hours. Children under 12 can enter with masks.

The Art Theatre is located at 2025 E. Fourth St. To register and see the full schedule of the screenings, click here.