Long Beach author Elise Bryant thrilled young adult readers across the country with her debut, “Happily Ever Afters,” which came out in January to rave reviews. Bryant’s first novel is set in Long Beach and local readers will be happy to learn that her second book, “One True Loves”—due out in January from HarperCollins—also begins in the city before moving onto a cruise ship.

The even better news for Bryant and her fans here and across the nation is that there are more books coming. Bryant recently signed a second book deal with HarperCollins’ Balzer + Bray imprint, with her third novel set to release in winter 2023 and a fourth book included as part of the contract as well.

I have TWO more YA books coming your way from Balzer+Bray!

First up: a dual POV romcom called REGGIE AND DELILAH’S YEAR OF FALLING

If you happened to run into Bryant around town, you might have heard about the second book deal prior to it being announced in the trades.

“Well, I’m terrible at keeping secrets, so I told everyone I saw in person,” she said.

The fact that both of her contracts were two-book deals, and the fact that she signed a second two-book deal with just one book on the shelf is a byproduct of the strong sales for “Happily Ever Afters,” and a sign that Bryant is a rising star in the YA fiction world. The change in status has changed her approach as well. When she wrote her debut novel, she did it for fun—without a book deal. Her second book, coming in January, was written between signing her first deal and the release of her debut.

That means the book she’s now in the process of writing, her third, is the first she’s written as a published author.

“It was very overwhelming,” she said. “Writing was such a private thing for me before, something I did for fun, for myself. This is the first time I’m writing something from scratch knowing 100% that people are going to read it and knowing a lot about those readers. I have all these voices in my head. I want to create a book that makes readers happy and makes them feel seen. But ultimately in order to sit down and write 80,000 words I have to enjoy it myself. That’s the ultimate driving force.” 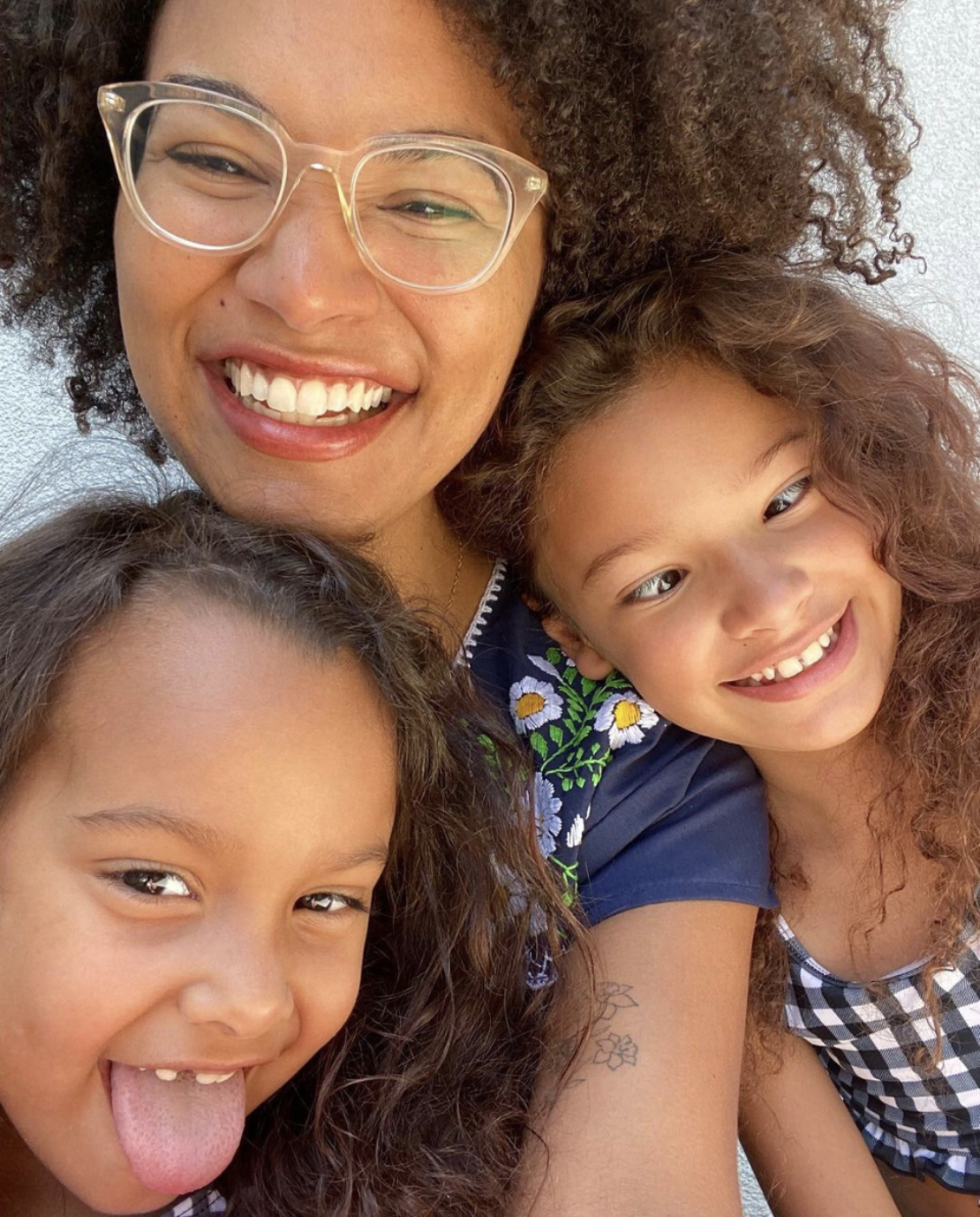 Bryant’s books feature Black teenagers in love, the kind of positive stories about Black kids that she wanted to read growing up but couldn’t find. She said the best part of having her first book out in the world is hearing from the readers it’s connected with.

“I’ve gotten so many messages and emails from readers saying they’re seeing themselves for the first time in this book,” she said. “So many Black girls saying they always wanted to see someone like themselves at the center of a love story.”

It’s been a wild year for Bryant, who has seen so many of her dreams come to fruition while the world was largely shut down because of the COVID-19 pandemic. She wrote her second book while at home last school year with her daughters, whose schools were closed. She also didn’t get to go on a book tour or do any of the book festivals she had dreamed about.

“The highlight has been seeing it in Target when I’m buying groceries,” she said. “Every time I was there, I’d walk past the book section just to see it. Having the excitement of the city has been really cool. My 5-year-old thinks I’m famous because every time we go out, someone stops me and mentions the LB Post article or the book. That’s been very cool. I didn’t get a book tour or signings or any of that, so the community response has been what made it feel real to me.”

With this second book deal, there will be plenty of time for that to sink in, of course.

“The first deal felt like this dream,” she said. “But now, with two more books to write, it’s also a career. It was hard to think of it that way before because nothing in this industry is guaranteed. I have to re-apply with every book. But it’s nice to have some stability—at least until 2024.”