In Toran Grays’ family, it was a well-known fact that on the rare occasion banana pudding was served at a family function, you better grab a plate before it was gone.

“My aunt and my mom would make a couple trays and literally they [friends and family] would eat it before they would eat dinner,” Grays said.

The coveted dessert was a family recipe created by Grays’ great-grandmother, Agnes White, and passed down generations to the women in his family.

“When I was a kid, I loved when my great-grandmother was making it,” the 38-year-old said. “But I never thought about turning it into a business.” 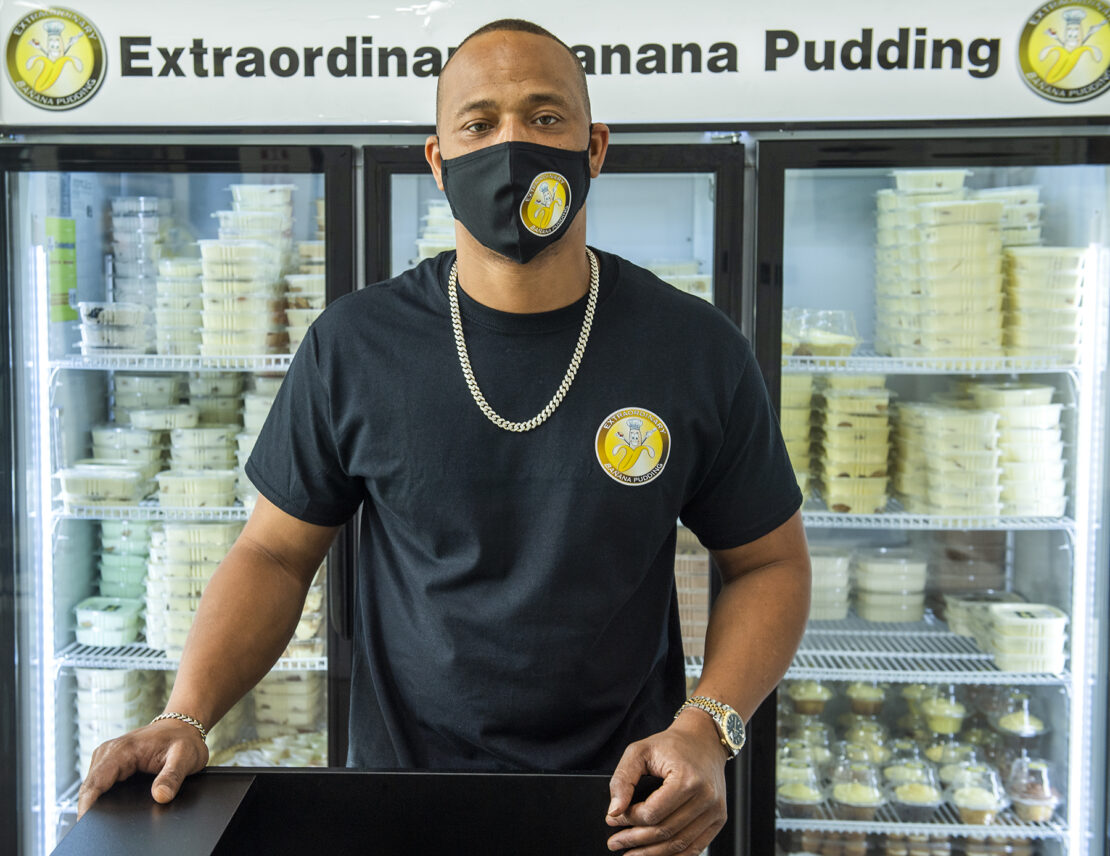 It wasn’t until at a Thanksgiving dinner in 2018 that a life-altering thought entered his mind. His family had, yet again, demolished trays of the dessert and as he watched the frenzy, he wagered that other people might be just as enamored with the silky dessert.

His mother and aunt readily passed along the recipe at his request. He decided to tweak it, mainly by dialing back the sweetness, and he began making it for friends and family with great success. But it wasn’t until he catered a retirement party for the Navy in San Diego, his hometown, that demand skyrocketed.

“I was busy for four months straight, they were calling me every weekend,” he said.

In between his full-time job as a general manager for Catalina Offshore, San Diego’s premium fish market, Grays devoted all his free time to selling pudding. Eight months later he had saved $20,000 to open his first brick-and-mortar in La Mesa, a city in San Diego County, on March 14, 2020.

A year-and-a-half and over half a million dollars in banana pudding sales later, Grays opened his second location in Long Beach. Grays said he became captivated by the city while visiting a friend for their birthday.

“I loved the whole atmosphere of the city. Everything. And I was like, you know what, maybe this would be a great place for my second location,” he said.

While it might seem remarkable that a modest banana pudding shop might garner such popularity, to Grays the only surprise was how quickly his business took off.

“I knew I would do good, but I didn’t think it would take off instantly …. it was crazy. You know, sometimes I think about it, and I’m just like, you know, it’s got to be God,” he said.

Of course, some credit can most certainly be pointed to Grays’ ingenuity. While the classic banana pudding recipe is, hands-down, his best-seller, Grays has taken the family recipe and sprinted with it.

Extraordinary Banana offers 25 banana pudding flavors— from Oreo to red velvet to strawberry cheesecake to butterscotch to pistachio—and they’re packaged in all sorts of ways. There are banana pudding pies, cakes, cupcakes, popsicles, sandwiches, even tacos (the pudding is cradled in a hand-made vanilla wafer shell). And, because no person ought to be without banana pudding, Grays also offers sugar-free, vegan or gluten-free puddings.

“I do everything under the sun,” he said.

Grays is now splitting his time between his two stores, driving from San Diego to Long Beach four times a week to prep and cook—as it turns out, no one can make the pudding quite as well as he does, but he’s working on finding some apprentices. Though the specifics of his recipe are a secret, Grays has made it a point to share his craft online.

“I want people to interact with me,” he said. “I show videos on Instagram and show people how to make it …. so people can actually see what’s going on.”

Grays said he’s on his way to opening up a third location in Atlanta, Georgia after seeing success from pop-ups in the area as well.

“I did five pop-ups out there last year. I sold out in an hour, and I’m talking about over 1000 puddings,” he said. “It’s crazy the amount of support I’ve had down there.”

In Long Beach, Grays said the support he’s received from the community and other neighboring small businesses has been touching and a strong indication he believes he’s made the right move coming to the city.

Extraordinary Banana Pudding is at 1208 Long Beach Blvd. Hours are Monday-Friday 11 a.m. to 7 p.m. and 11 a.m. to 6 p.m. on Saturday and Sunday. Follow Grays and his business online, click here.