It’s hard enough being a small-time musician trying to make it big in the music industry. Chances are most people don’t understand your music, paid gigs are few and far between and navigating an industry that sees only a sliver of its game players succeed can feel both overwhelming and demoralizing. And for women trying to claim their place in the historically male-dominated industry, the stakes are even higher.

But one pink-tipped-haired musician-turned-entrepreneur by the name of Shira Yevin is working to level the playing field through her collective Gritty in Pink, a female empowerment platform taking strides to improve gender equality in all aspects of the music industry through performance opportunities, job networking and philanthropic partnerships. 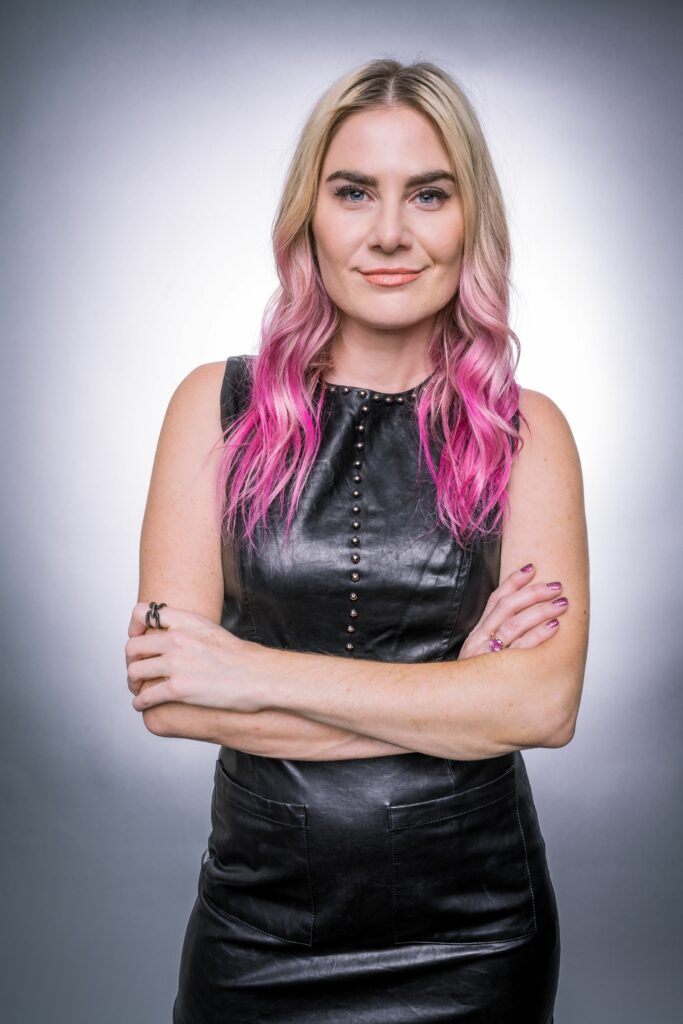 It’s had a successful run since launching in January 2020. Over 200 emerging musicians hailing from major cities across the U.S. have been showcased through the platform that’s also done its part to give back, fundraising for numerous equal rights, music- and women-focused organizations and charities. And all this despite hosting only three in-person events before the COVID-19 pandemic thrust the budding company toward live-streamed concerts and other online-only outreach.

With in-person events now a viable option once again, on Saturday, March 5 in honor of Women’s History Month, Gritty in Pink is coming to Long Beach in a big way, with a free day-long concert and art exhibition at Alex’s Bar made for women, by women and featuring all-female talent.

Over 50 artists and musicians are slated to perform, plus a two-hour all-girl jam featuring cover songs from female bands and artists, performed by Yevin and a cast of regional musicians including Long Beach’s own Myra Gallarza of local punk rock outfit Bad Cop Bad Cop. Co-headlining the show will be wave-making rappers Reverie, a Latina rising star wordsmith from Downtown Los Angeles and Whitney Peyton who hails from Philadelphia. 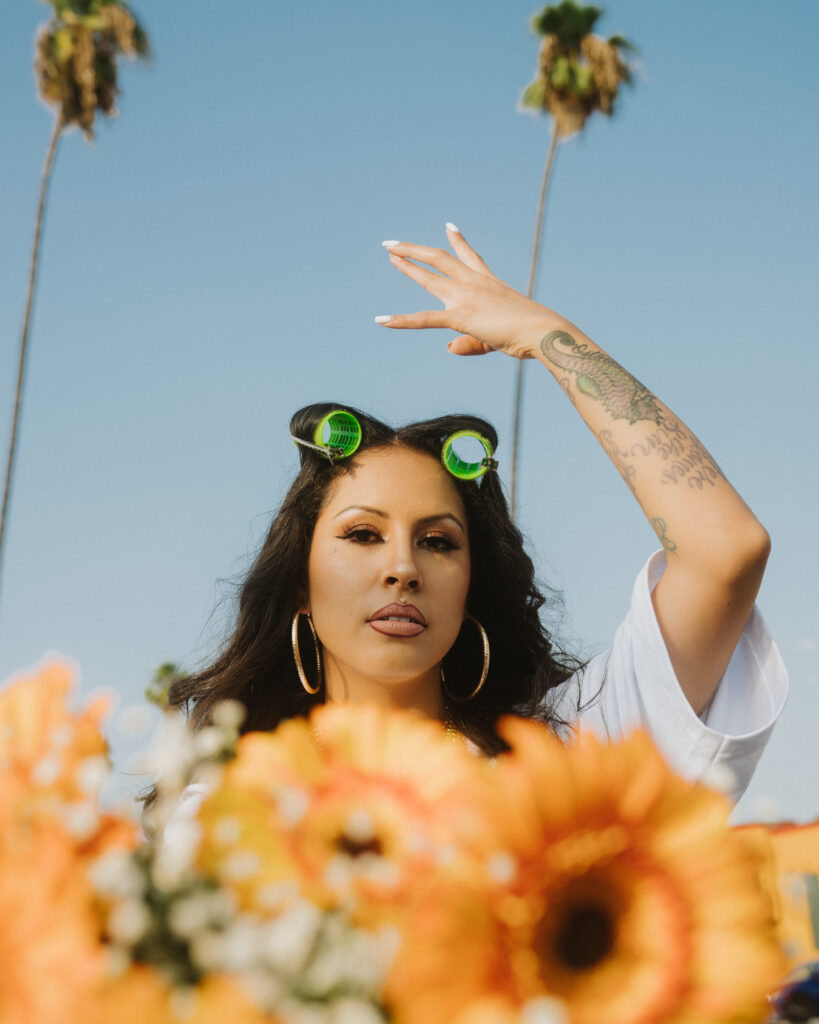 “I’m so stoked, Long Beach is near and dear to us,” Yevin said of hosting the event in Long Beach. “It’s going to be a really incredible, diverse show.”

Attendees will also have the opportunity to win musical gear by signing up for Gritty in Pink’s new online marketplace, INPINK, designed to connect women from all aspects of the music business with industry professionals looking to hire diverse female talent. The Long Beach Accelerator Program, which invests in up-and-coming tech startups, recently invested $100,000 in INPINK, a validating sign that Gritty in Pink is taking innovative steps to achieve their mission.

“We realize what women need is to get hired and to get paid. Period,” Yevin said. “We really want to redistribute the power and wealth in the industry. No one is doing a marketplace. There are a lot of networking groups, educational groups but no one is really doing what we’re doing.”

Of course, trailblazing isn’t behavior out of the ordinary for Yevin. Her near two-decade-long tear carving out spaces for women to shine began in 2004 when she and her all-female punk band Shiragirl famously crashed the Vans Warped Tour, setting up a bootleg stage for musicians to play.

“We noticed there were no female musicians on stage,” Yevin recalled. “I came up in the early 2000s riot grrrl scene in Brooklyn and when people told me it’s because girls don’t play this kind of music I knew it wasn’t true….I saw a need.” 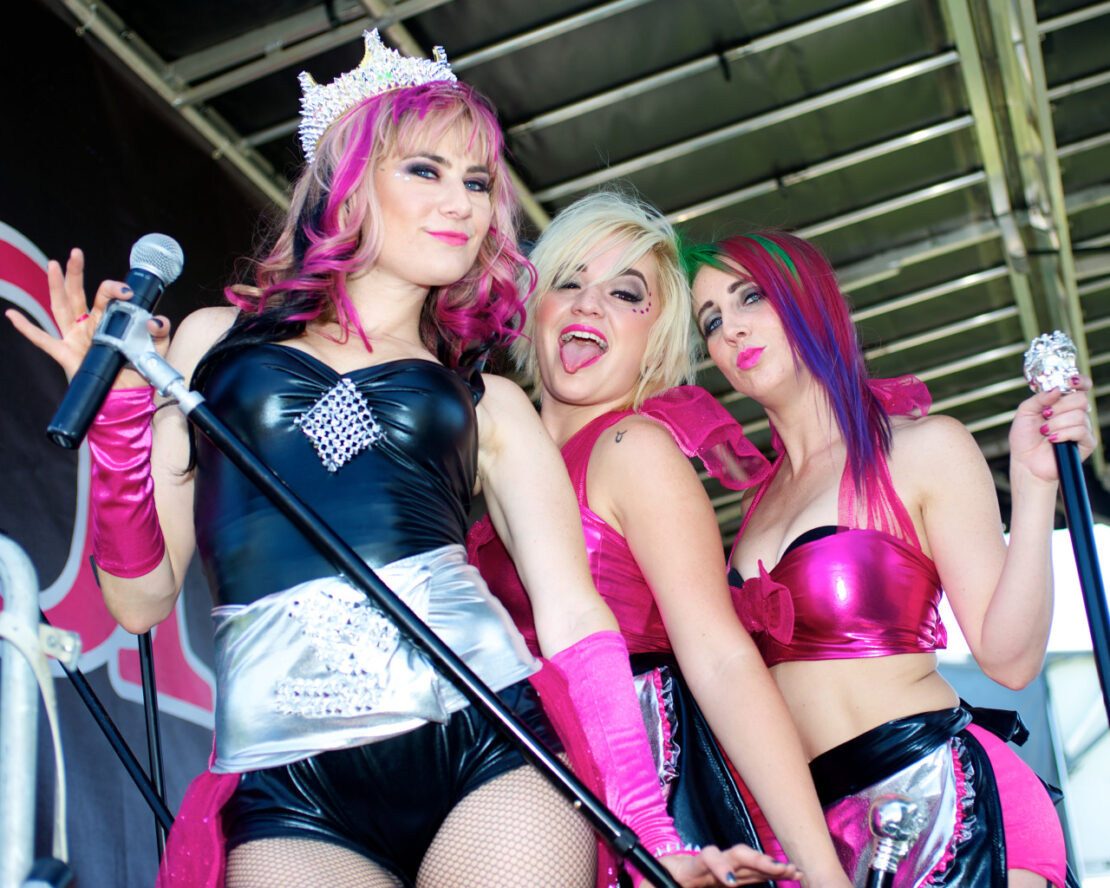 The stunt paid off, catching the attention and respect of Warped Tour founder Kevin Lyman, who invited Yevin and her concept to come back the next year and the year after, culminating in a what became the pink clad Shiragirl Stage dedicated entirely to female or female-fronted acts. In Shiragirl Stage’s five-year run, hundreds of bands have raged with high points including then-unknown Paramore and guitar goddess Joan Jett.

“The last day of tour she [Joan Jett] performed ‘Bad Reputation’ with my band. I sang, she sang backup vocals and played guitar. It was incredible. I felt like I was in the Runaways,” Yevin said.

But with the death of Warped Tour in 2018, Yevin sought to create a platform of her own and two years later, Gritty in Pink was born. Now, backed by major tech and music industry players, including Lyman, Yevin is primed to create lasting change in the music industry and beyond.

“Our big vision is to become the global destination to hire female freelancers in every industry because what industry isn’t male dominated?” Yevin explained. “We very much pride ourselves on diversity and helping companies solve their urgent diversity problems.”