On Monday, tattoo artist and owner of Paper Crane Studio, Mikey Vigilante, showed up, his two children and boxes of t-shirts in tow, to open his studio.

But Monday’s opening did not include tattooing. Vigilante opened in solidarity with other personal care service industries that were protesting the closure of their businesses by order of Gov. Gavin Newsom. In an Instagram post this past weekend, he said Paper Crane would be selling merchandise, including hoodies and t-shirts and gift certificates and would have some of the artists there to discuss future tattoo ideas with visitors.

“We’re not going to be tattooing,” he said in a text the day before. “We really just want to send a clear message to the policymakers that the situation is untenable and that we need a coordinated re-opening.” 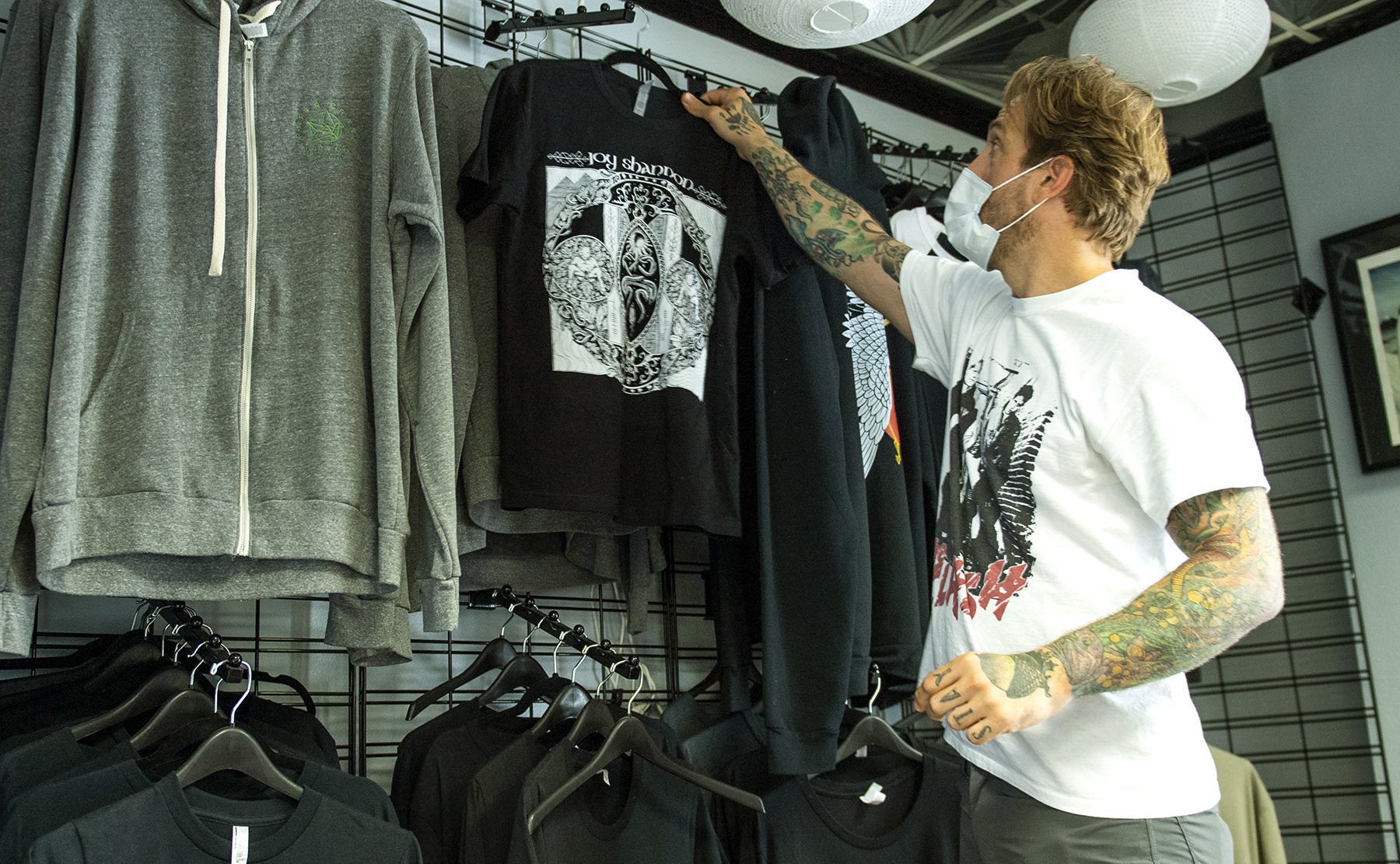 Believing the tattoo industry is being overlooked and singled out, Vigilante voiced his frustration, saying that over the past six months, his studio has lost about $300,000 in revenue. He’d spent about $1,000 on producing the in-store merch about a month before being required to close the first time, so he figured he’d sell it.

Ironically, though he clearly intended Monday’s opening to be an act of civil disobedience, Vigilante was probably not breaking the law.

According to city spokewoman Chelsey Finegan, though personal care service businesses, such as tattoo studios, are not allowed to operate, “if a business has a retail license and is following all safety protocol, the sales are permitted.”

Vigilante does have a Seller’s Permit and, as far as safety protocols are concerned, was clear in his Instagram post that anyone visiting the shop would be required to wear a mask and to practice social distancing. In fact, those in the tattoo industry have been adamant that they should be allowed to operate because they have always adhered to a higher sanitary standard than most others.

“Everything that everybody’s learning how to do now is already something we’ve been doing ourselves,” said Tank Gonzales, co-owner of The Raven and The Wolves Tattoo and Fine Art Gallery. “I think we’re arguably better suited for staying open than maybe anybody.”

For Vigilante, the closure is all the more frustrating when he looks across the street.

“When you’re down here on a Friday night and look across the street, there are hundreds of people with no masks hanging out on Padre’s patio with a big line out the door, people drinking, getting into each others’ faces, talking, no masks,” said Vigilante.

With a couple of the artists and a good friend and client watching, all wearing masks and keeping social distance, Vigilante tore off the paper he’d taped to the glass door of the shop letting the afternoon light flood the storefront. 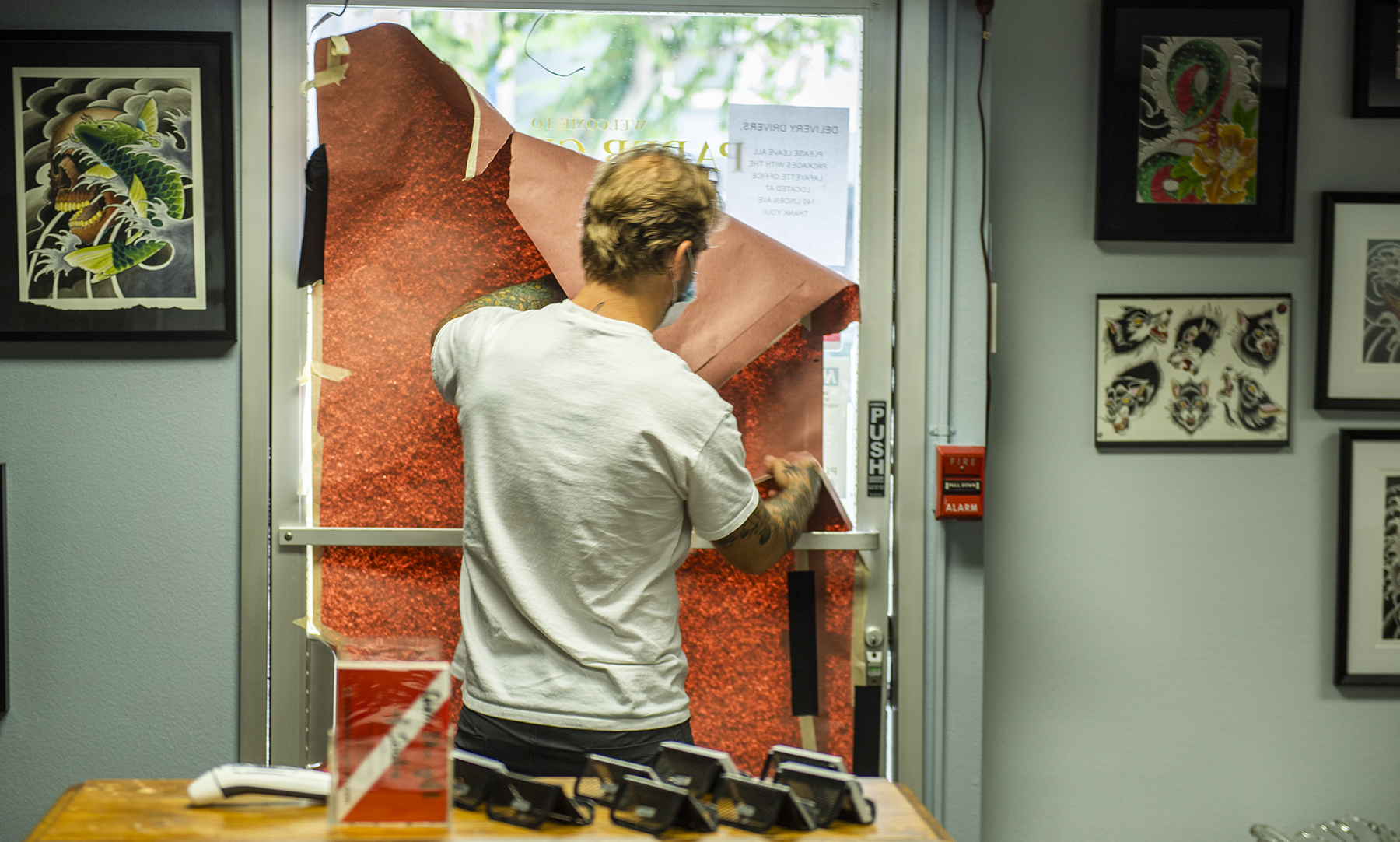 Gibson and Backe said they would reopen their business, STARRING by Ted Gibson, on Monday, while hundreds of salons across California, connected through social media and an initiative called Open Safe California, planned to open indoor operations Monday, as well.

“As an industry that is often overlooked, we will not be overlooked anymore. We are licensed in sanitation, anatomy and physiology. We are opening STARRING by Ted Gibson because we will not let ours and others’ small businesses die,” Gibson said in a statement.

For Vigilante, the idea to reopen Monday was spurred by a former colleague, Tiffany Garcia who owns Torrance-based studio Black Raven Tattoo and has been an advocate for reopening as well as by Robert and Marina Tarosian, owners of Laque Nail Bar, who he heard speak during a county health board meeting.

Vigilante said the North Hollywood nail salon had invested in similar air purification systems as his studio had, only to be ordered to close down again. The Tarosians said they would defy Newsom’s orders to close again back in late July, according to Fox 11.

“When this whole thing started bubbling up, I was like, alright, we’re gonna throw in our hat and join this expression of frustration that all these businesses are experiencing,” Vigilante said.

Asked if Vigilante had spoken with other local tattoo shop owners, he said he had contact with a few but doesn’t feel like there’s “a whole lot of solidarity, and everyone’s hunkering down.” 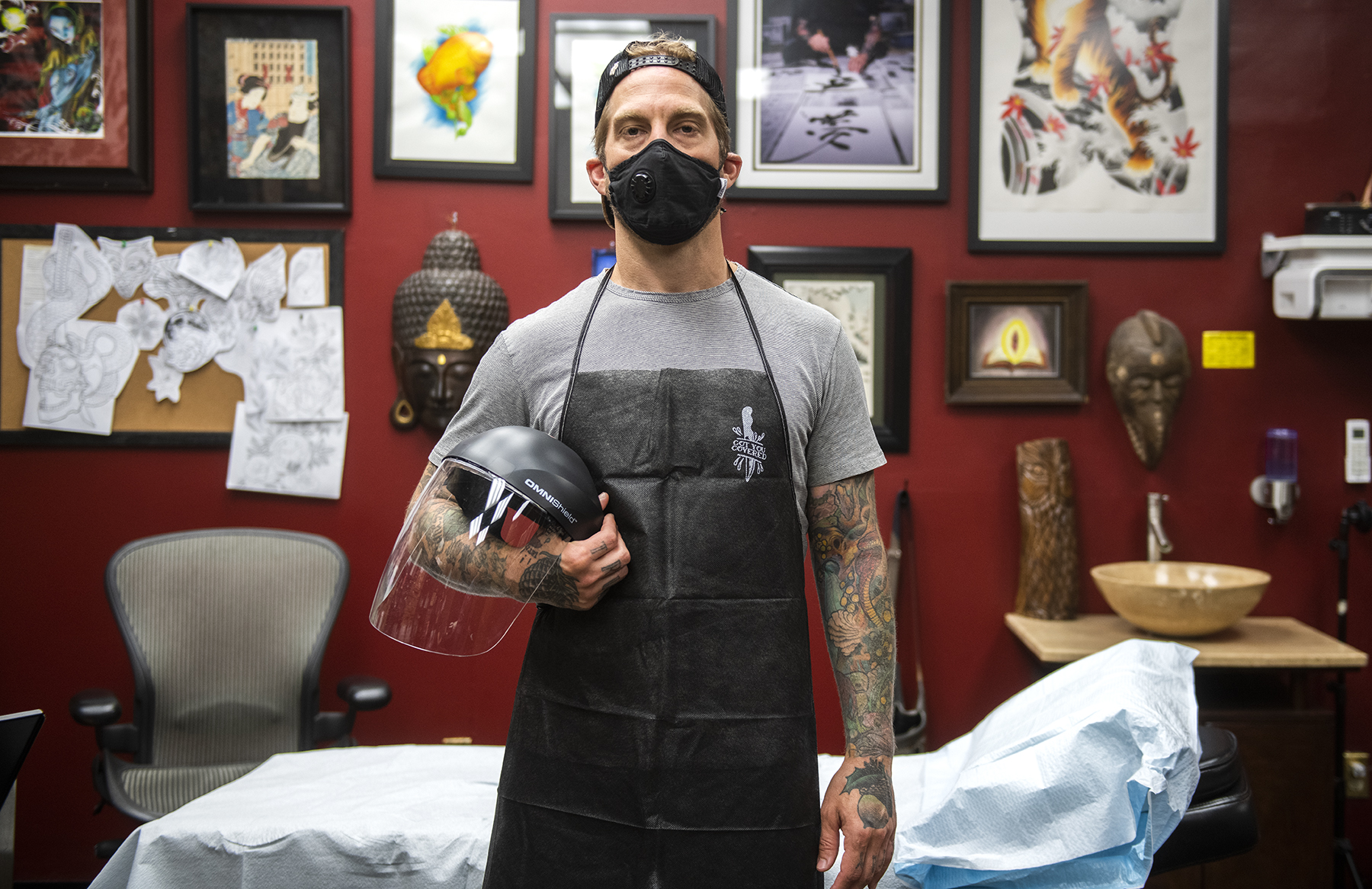 “I think tattooers have a little bit of distrust because they’ve been independently working and have been the ire of—the media sometimes paints tattoos in a bad light, politicians do, sometimes the health department’s overzealous with the way that they like to sometimes bully shops around. Our quality standards have been developed by tattooers. They haven’t been gifted to us by the health department. We have self-policed for the entirety of our career, we’ve done it better than any health department has ever been able to teach us because they don’t know.”

After sympathizing with salon owners for the time, energy and money spent updating their businesses to comply with COVID-19 safety protocols, then having to close again, Ferrer said, “let’s just stay the course right now, keep closed indoor operations as required in the hopes that within weeks, we are actually getting to a place where we can get off the state’s monitoring list.”

But looking across the street from Paper Crane Studio to Padre, Vigilante sees unfairness.

“And here we are with a room of like four people, masks on, super serious about what we’re doing and the precautions that we are taking to make this be a mitigated and minimally risk involving procedure, which benefits me to the degree that I can continue to feed my family.”